Tim is goofing off this morning. Today’s guest writer is Katie Toth.

According to new reporting by Melanie Patten for CBC News, one doctor at St. Martha’s Hospital in Antigonish says it’s never denied care in its emergency rooms.

Lionel Desmond’s family has said he sought emergency care at St. Martha’s but was turned away either because of a lack of beds or because doctors didn’t have his file. Dr Minoli Amit sent an email to media on Saturday, avoiding specifics but responding to the accusations more generally.

“No person was ever refused services or turned away from care at St. Martha’s Regional Hospital — as is being widely reported in the media,” said Amit in the email.

“Our ER at St. Martha’s has never been closed and we routinely work through bed shortages and other challenges to provide the best care for anyone seeking our services.”

Meanwhile, another St. Martha’s doctor told the CBC last week that she would welcome a potential investigation into Desmond’s contact with the health care system. 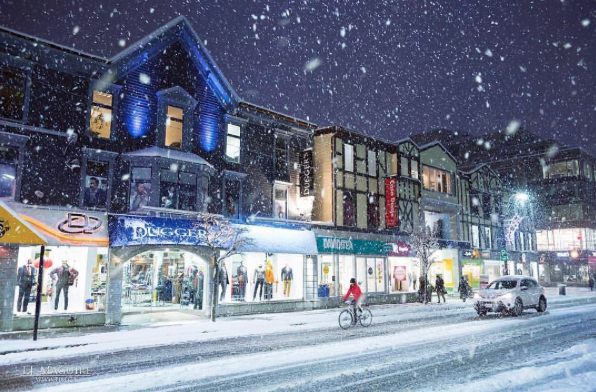 Halifax’s snow removal is either a wild success or a total disaster, depending on which city councillor you talk to.

Bedford councillor Tim Outhit says that he’s been getting a fraction of the calls he usually receives after a storm like this. He says he’s heard from 30 or 40 people, down from about 150, according to Haley Ryan of Metro. What’s more, he adds, “Three-quarters of them were asking me to pass along ‘good job’ to the crews.”

Meanwhile, Mathew Kahansky reporting for the Signal (disclosure: I’m an adjunct instructor at King’s, which produces the Signal, and Kahansky is a student of mine) finds that the complaints about snow removal are still piling up (cough cough) — especially from Halifax West Armdale councillor Shawn Cleary.

“Inconsistency is a big thing,” Cleary tells Kahansky. “Residents in one neighbourhood shouldn’t get (a) better (snow removal) service than another.”

This dude also has lots to say about the snow-clearing debate:

Yesterday, after shovelling my own walk, I went over and shovelled the corners at a highly used intersection. I got down to bare concrete. I went in and ate lunch and so of course the sidewalk plow came by and deposited more snow on my previously clear sidewalks, so I went out and cleared them again.

A friend came over last night and complemented my work. “That’s the best sidewalk in the entire city!” he said.

I left this morning for work and, yep, the sidewalk plow had come by again, and the intersection is a mess again.

Remind me what service we’re supposedly getting.

By now you’ve surely read the CBC investigation into street checks which found that Black people are about three times more likely to be stopped by police in Halifax than people who aren’t Black. Writing for the Coast, Rebecca Dingwell speaks to attorney David Fraser about what to do. He says that “Every one of these interactions is a collection of personal information against somebody’s will and without their true, willing consent.”

4. This small child has bounced back after being hit with a literal truck

A kid from Monastery was hit with a dump truck in October. People were terrified, but CTV checked in on her a few months later and found she’s doing great. 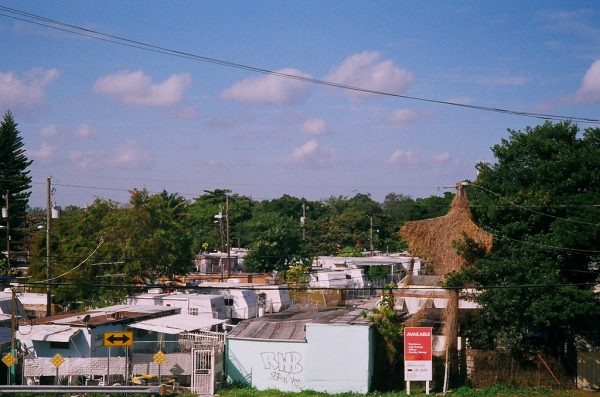 Tristan Cleveland argues in Metro that we need better transit to lower-income communities on the fringes of Halifax and more housing rules to protect tenants leasing land in these communities from their sometimes-sketchy landlords.

From the Coast‘s Love The Way We Bitch:

I know there are certainly more pressing problems in the world but why is it so difficult to find a place that makes good homemade waffles or pancakes in downtown Halifax? Between the popular breakfast chains (who specialize in breakfast), you would think they could do better. Or even the classier hotels downtown. They will all honestly and politely tell you the same thing: “We are using a mix.” 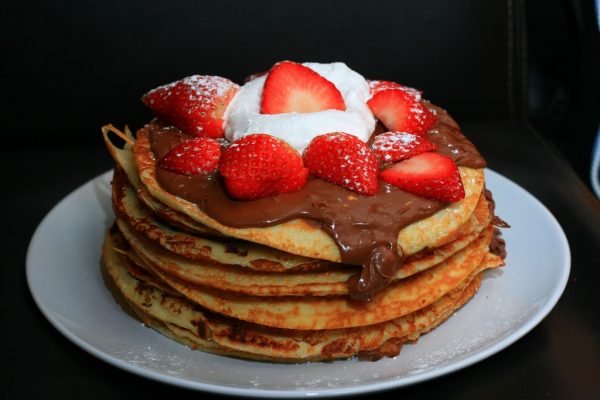 Something smells in Windsor, N.S., and the odour is evidently coming from this bookstore.

Can you help this guy find his wedding ring? He lost it at Costco.

On Halifax Bloggers, Stephen Archibald wants us to learn from his photos of Saint John. Not sure what we’re supposed to be learning, but there are cool pics, so.

Here’s a photo of a local corgi’s butt: 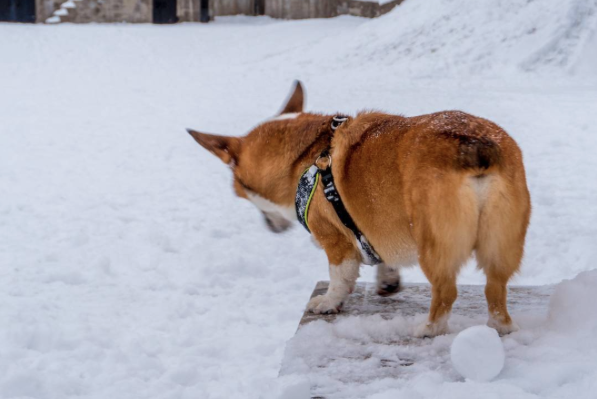 City council (1pm, City Hall) — a suprisingly light agenda after the holiday break. Tim will be live-blogging it via the Examiner’s Twitter account, @hfxExaminer.

Community Services (10am, Province House) — Lynn Hartwell, the deputy minister of Community Services, and Brandon Grant, the executive director of the Employment Support & Income Assistance program, will be asked about special needs funding. 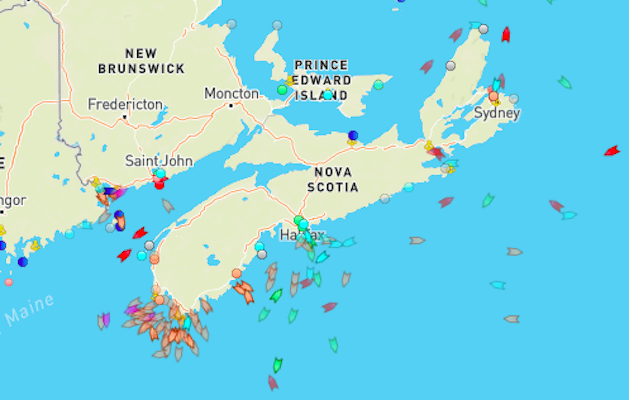 The seas around Nova Scotia, 7:30am Tuesday. Note the lobster boats off Shelburne. Map: marinetraffic.com