You are here: Home / Featured / PC Leader Jamie Baillie: the Liberals will save us. Morning File, Monday, February 6, 2017

1. PC Leader Jamie Baillie: the Liberals will save us 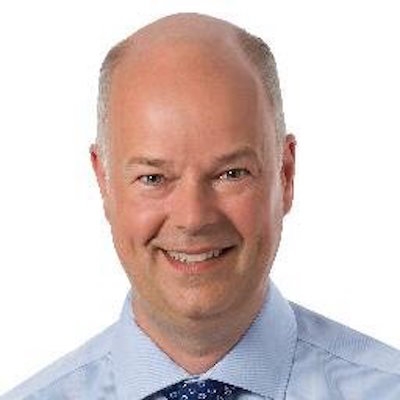 The provincial Progressive Conservative Party held its Annual General Meeting over the weekend, and leader Jamie Baillie laid out his positions, including increasing funding to nursing homes, among others, reports journalism student Kieran Leavitt:

When pressed on how the provincial government would fulfill these promises, Baillie said he would take full advantage of the federal funds available for provinces

“There is money in Ottawa, and there’s more to come,” said Baillie. “Trudeau, God love him, he wants to spend money and he’s announcing billions more for infrastructure.”

Leavitt didn’t report if anyone in the room noted the irony of the provincial PCs looking to replace the provincial Liberals with promises of increasing funding for various programs by relying on the federal Liberals.

This isn’t a critique of Baillie, who is merely playing off the divide among the Liberals: in the last election, candidate Justin Trudeau (correctly, in my view) moved the federal Liberals to the left and outflanked the then-official opposition NDP by campaigning on a promise of deficit spending to stimulate economic growth. It was a platform that resonated with voters and in part led to the Liberals forming government and making Trudeau Prime Minister. At the same time, however, the provincial Liberal parties, including Nova Scotia’s, have moved to the right, embracing long-discredited austerity policies, slashing social programs, attacking unions, etc.

I don’t know how Liberals can live with that fundamental contradiction between their federal and provincial parties.

The Liberals may be confused, but Baillie appears to be abandoning the long-held PC anti-deficit position. Continues Leavitt:

On how he expected to deal with the issue of balancing the budget while funding programs, he was vague.

“Am I committed to balanced budgets? Yes. Is that the most important thing to me? No,” said Baillie, adding that health care, schools, and care for seniors are more important.

At this point in time — when the economy is faltering, the interest rate is essentially zero, and the cost of servicing the existing debt is at historic lows — it makes sense to go into deficit spending, especially if that spending can increase future economic growth, as spending on health care and education certainly will, and spending on seniors probably will.

Nova Scotian politics are weird. Arguably, Darrell Dexter’s NDP government was in many ways to the right of the old PC government of Rodney MacDonald. Now, the McNeil Liberals are to the right of both the former governing parties, but the NDP under Gary Burill has reclaimed its socialist roots, while the PCs under Baillie are trying to stake out the middle ground.

Truly, Baillie should be congratulated for his softening his party’s balanced budget policy. But I’m not sure PC party members will see it that way. 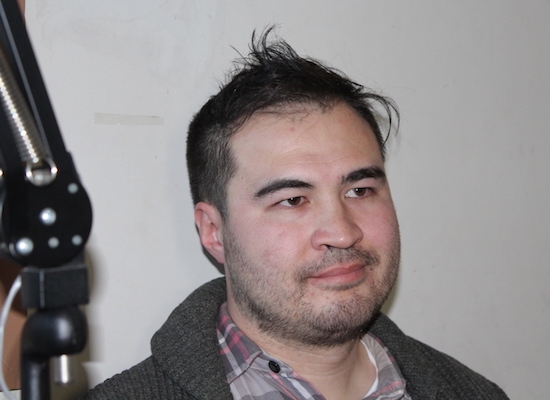 The province is mulling over options to rebuild or refurbish the dilapidated Victoria General Hospital, and certainly isn’t ruling out a P3 (public-private partnership) option. This, despite the  boondoggle that resulted in the province paying way more for 39 schools across Nova Scotia than it should have. We speak with Chris Parsons of the Nova Scotia Health Coalition about saner ways forward.

Also, the Nova Scotia Teachers’ Union reinstates work-to-rule ahead of its February 8 strike vote, the Sipekne’katik First Nation scores a legal victory against the province, and the Shittiest Newspaper in Canada looks to sit down with its striking workers for the first time in months. 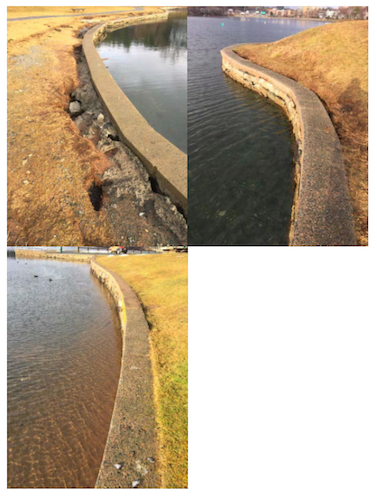 The city this morning issued a Request for Proposal for design work for the reconstruction of the seawalls at Regatta Point and Horseshoe Island:

Regatta Point is located on the shoreline of the Northwest Arm Drive in Halifax, NS. The Regatta Point shoreline and walkway is approximately 1000m long and extends from Purcells Cove Rd (near the St. George’s Greek Orthodox Church) to the end of Armshore Dr. The walls/revetment were constructed in 1986 and in comparison to the seawall at Horseshoe Island, the Regatta Point walls are built of relatively small stones. Portions of the wall/revetment are exposed to waves running up the full length of the Northwest Arm. Overtopping and drainage are both contributing factors to the relatively poor condition of these exposed portions of wall. Wave damage has destabilized much of the stone work on exposed portions and has lifted and shifted the cast-in-place concrete cap and eroded the walkway.

Because the walls are on the waterfront, the reconstruction involves a lot of environmental review and permitting. Construction will involve three phases, and the project won’t be fully completed until 2021.

1. Schools, politics, and the thumb on the decision-making scale 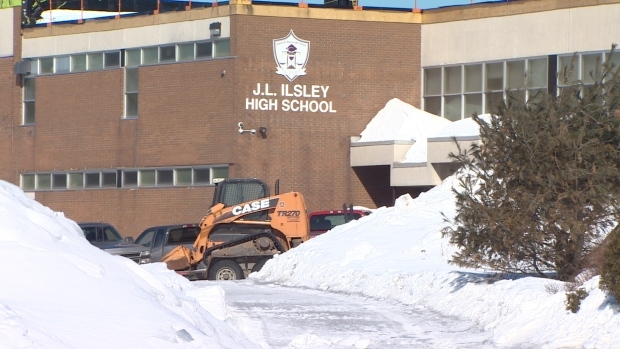 “Karen Casey,” writes Stephen Kimber, “should not have been surprised when eyebrows were arched after Liberal MLA Brendan Maguire Facebook Live-announced — the ‘proudest moment’ of his political career — the surprising news that the McNeil government was going to replace J.L. Ilsley High School. We’ve been here before…”

Re: ‘Standing up for home owner,’ letter to the editor, Cape Breton Post, Jan. 27.

It is very admirable for M. Monia MacDonald to stand up for Sylvia Dolomont and suggest she is being bullied, but one should have all the facts before writing a letter.

Dolomont, in my opinion, is no more being bullied than any other citizen in this town. The municipality is trying to help her and all the people who have to live in the vicinity of her houses.

Being eccentric is fine as long as your differences don’t affect entire neighbourhoods. When your houses and vehicles are crawling with unwanted animals and odors it can be very disturbing to a lot of people.

Her taxes may be paid but her style of living has had a tremendous effect on two neighbours. When my property becomes devalued because of the way a person next to me is living then something needs to be done.

I do hope the people of Campbell St. can get some relief.

City Council (10am, City Hall) — Damn 10am meeting… I’ll have more to say about this later; here’s the agenda.

Gene Mutations (7:30pm, Museum of Natural History) — Graham Dellaire will speak on “How to Edit a Genome.”

Aerial Surveys (12pm, Room 3089, Kenneth C. Rowe Management Building) Dirk Werle, with the International Oceans Institute, will speak on “Setting the Sights on the Cities: Civilian Aerial Surveys in Canada During the Early 1920s.” His abstract:

This talk will examine and illustrate the civilian development and practical results of aerial photography in Canada immediately after the First World War (1914-1918). The collections of vertical air photos and their assembly in mosaic form, as well as the institutional arrangements of their creation under the Canada Air Board until 1925, represent an important part of Canada’s remote sensing and mapping heritage. Re-purposing military aerial reconnaissance for civilian applications took similar pathways in the United States, the United Kingdom and France by focusing on urban settings. The study uses as primary evidence the actual air photos and digitally re-assembled photo mosaics of several Canadian cities to reveal nature and spatial extent of urban landscape features prevalent at the time. The study also explores relationships to the present-day situation and to previous mapping efforts in Halifax. Urban surveys carried out over Ottawa, Halifax, London, Calgary! and Edmonton are highlighted. Annotated air photo mosaics are presented. It is argued that evolving format and detailed content of the largely experimental photography and mosaic compositions have retained significant scientific, heritage and educational value for comparative investigations involving more recent geospatial data and high-resolution satellite imagery of similar scale. 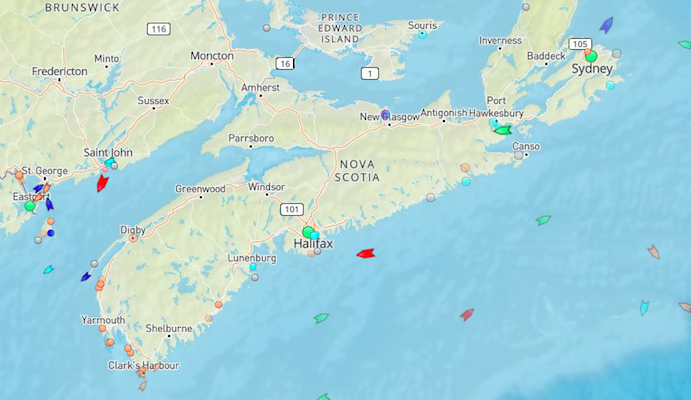 A short Morning File today because I’ve got to be somewhere at the ridiculous hour of 9:30am. Also, some sort of alien life form has infected me.