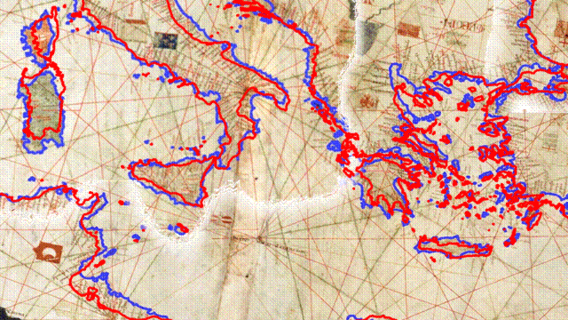 There appears to be worry in mucky muckdom over the Nova Centre. Reportedly, the Stonecutters met Saturday and agreed to buy a full-page ad in the Chronicle Herald. The ad denigrates Heritage Trust for impeding all progress and erasing Halifax from the map by asking the court to review the Nova Centre approval. (It’s a ridiculous charge.)

Relatedly, you’ll recall that last month the Thiel family, which owns several of the bank towers in the financial district and is preparing to develop its 22nd Commerce Square office complex, also filed suit against the province over the Nova Centre. The Nova Centre development includes an office tower, and the Thiels say that when the province gave Nova Centre developer Joe Ramia an unprecedented exemption to the normal planning and building regulations that apply to every other developer, Ramia’s office tower was given an unfair competitive advantage over their own office tower. Today, Bruce Erskine reports that the province is asking the court to dismiss the Thiels’ suit.

The PR war against Heritage Trust and the legal maneuvering over the Nova Centre illustrates the underlying panic related to the soft market for office space in Halifax. It’s very possible that Ramia and the Thiels are battling over the same handful of prospective tenants, and there’s not enough demand to fill both office towers. The provincial deal with Ramia requires that the convention centre be opened by January 1, 2016, and it appears that Ramia is frightened that the Thiels’ and Heritage Trust’s legal action will make it impossible for him to meet that deadline. The Thiels, for their part, worry that Ramia will be able to open his office tower before their office tower is completed.

So far, the $25 billion shipbuilding contract landed by Halifax’s Irving Shipyard hasn’t resulted in a single ship being built, but it’s doing wonders for the local PR industry. Thursday, a giant press conference was held at the shipyard to announce the hiring of four Mi’kmaq workers. Which is all well and good, but for the price of flying “50 people, including two federal cabinet ministers, the deputy premier of Nova Scotia and several aboriginal leaders” to Halifax and (no doubt) the requisite dinner and drinks for all involved, maybe they could’ve, ya know, hired a fifth person?

Nova Scotian cows travel to Kazakhstan, reports the CBC.: “The calves are shipped to Ontario where they are quarantined. Then they’re flown or shipped overseas.” That’s good for struggling local dairy farmers who need all the income they can get, but how does that make sense in the bigger picture of things? Why can’t the Kazakhstanians raise their own cows?

Incidentally, the international flying animal industry has its origins in the Japanese fetish for Anne of Green Gables. As Sasha Issenbereg documents in his book The Sushi Economy, in the early 1980s Japanese businessman Akira Okazaki was on vacation with his family in PEI, paying homage to the fictional ginger, when he happened to notice tuna being hauled in as a byproduct by the local fishermen looking for more lucrative catch. Okazaki went home, concocted a crazy scheme to retrofit a single 747 with refrigerators to fly tuna from Charlottetown to Tokyo, and the next thing you know my then-West LA neighbourhood was awash with sushi bars and bilingual Nova Scotian cows are mooing in Kazakh.

Somebody is roaming around the peninsula, setting mailboxes and trash cans on fire.

5. The biggest non-story of the year

Why should Hennigar’s Farm Market pay actual money to buy advertising when they can get top-of-the-news coverage for free?

It’s going to rain Saturday in the Maritimes, which for some reason is big news. Stanfest has been cancelled, but the Halifax Jazz Festival goes on. (Why are the two festivals scheduled for the same weekend?) There’s an office pool at the Examiner over who will be the first reporter sent to brave the elements on the boardwalk for the TV cameras. I’m putting my money on Anjuli Patil: 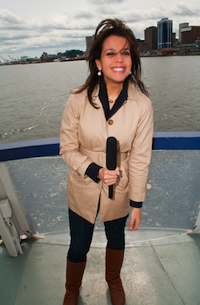 1. You can’t run in the Public Gardens

In honour of US Independence Day, nothing is going on today.

As a diversion, I like to get lost on Frank Jacob’s Strange Maps, a joy for the cartographically oriented. Take, for example, this post about Dutch geodetic scientist Roelof Nicolai’s PhD thesis, A Critical Review of the Hypothesis of a Medieval Origin for Portolan Charts. Portolan Charts were the maps used by Medieval sailors, showing coastlines and islands, but nothing on the interior land side of the continents. The maps were stunningly accurate and, Nicolai demonstrates, reflected knowledge beyond the science available at the time, and even used the Mercator projection—three centuries before Mercator invented it. Nicolai speculates that the ancient Greeks and Romans must have had map-making skills that we are unaware of, and somehow their maps popped up again in Medieval Spain and Italy. It’s a weird and interesting story.

It’s even a slow day on the harbour, as only one ship, the Poseidon Leader, a vehicles carrier, arrives from New York for the Autoport, stays a few hours, and then departs for Baltimore.

There’s no reason to get worked up about a non-hurricane. Well, unless you’re a surfer: already today, there are five and a half foot waves at Lawrencetown.