Hi Halifax, Katie here! Tim says he’s tired so is taking the morning off. (I secretly think he just wants to see my memes though.)

1. Court must decide whether to approve Africville lawsuit 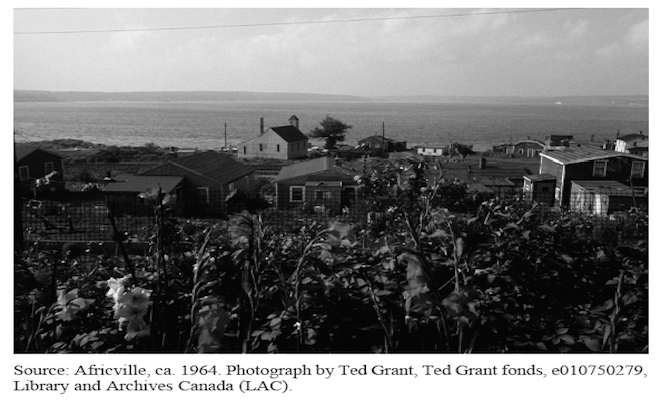 Over 50 years ago Africville, the historic Black Nova Scotian community outside Halifax, was razed to the ground in the name of so-called “urban renewal.” In the Nova Scotia Supreme Court yesterday, former residents argued that they should be able to file a class action lawsuit against the city for what they’ve lost.

The class action lawsuit is over the communal lands that the residents used together for hunting, fishing, and social activities.

In a brief filed with the court, Pineo says Halifax did not follow its own expropriation rules under the city’s charter.

He said the residents were never informed at the time there was a process they could follow to appeal the amount of compensation they were offered for the land.

The city has argued that claims should be filed on an individual basis, and that just because people used the land together doesn’t mean they had any ownership over it.

No word on when the judge will make his decision.

2. Plagued with scandal, Richmond County councillors give themselves a raise

Okay, so it was a cost-of-living-adjustment adjusted to the price of inflation, but it’s not great optics. An investigation had recently found a “culture of entitlement” in councillor spending and councillors’ credit cards were cut in response. Joan Weeks reports for CBC News:

Warden Brian Marchand acknowledged there was concern about voting on salaries so soon after independent investigations of the county’s finances found significant problems with travel and expense claims.

“It’s something that should have happened early in this year, but with all what was going on it didn’t happen,” he said.

As promised in October, they’ve put out a request for proposals on an electric bus feasibility study today. The request comes days after an announcement that the city would get $2 million from the province again this year for new buses (this is the third year they’ve received the cash).

4. Police are investigating a car that was on fire

Police were called to investigate a hit-and-run last night at 11 near Windmill Road where a blue car hit a parked vehicle then drove away. Then, around 12:30am, they were called to find a car with front-end damage (like maybe it had just hit another vehicle??) “fully engulfed in flames” on Fernhill Drive, somewhat nearby.

Meghan Groff reports for News 95.7 that police “say at this point there’s no information to link the two investigations, but police say they’re exploring all possibilities.”

Metro has a very nice story by Jen Taplin about Halifax’s Doula program, and how doulas support Syrian women as they give birth in a new city, in a new country, without much of their family and friends from home — all this sounds VERY difficult:

Whitney Cruikshank, a doula at the Chebucto Family Centre, said they’ve never seen such a large influx from any specific target group in the 20-year history of the program. There are 40 active volunteer doulas in the program covering all of HRM.

“They come from a beautiful culture where a pregnant woman is surrounded by family and friends during this time in her life so there’s a real void when they arrive in Canada,” she said. “We try as best as we can to be a support to her in that way and we do not compare at all to her friends and family at home but we do try to fill that gap as much as possible.”

Fishing licences are supposed to be given out to owner-operators of fishing boats, but rumours have been swirling that foreign buyers are drawing up “controlling agreements” where a Canadian would buy the licence effectively on behalf of foreign fisheries and rake in the cash. (The foreign buyer ad that showed up in a local paper probably didn’t help.) Now, the Department of Fisheries and Oceans says it’s reviewing licence holders to make sure they’re following the rules and fishing themselves. Paul Withers from CBC got the story from a letter to the editor, yet to be printed, sent to “a Halifax media outlet.” 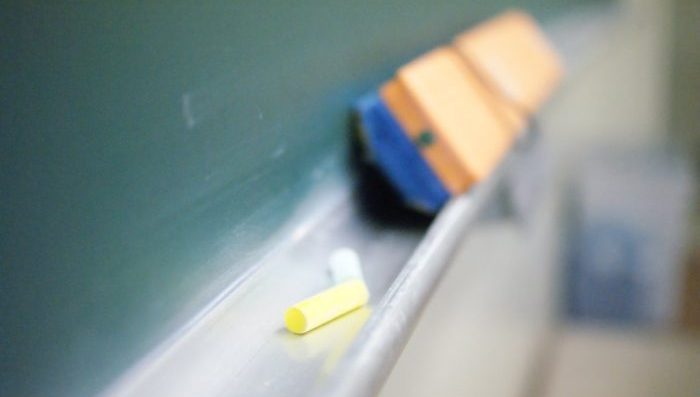 Here’s a screed from a former teacher about the Nova Scotia education system. A highlight:

I am one of those parents that is completely fed up with the drivel that Stephen McNeil and Karen Casey have been spewing. You see, they have absolutely NO clue what today’s teachers are facing. And let’s get one thing straight folks, what the teachers are facing, is exactly the same thing that your children are facing on a daily basis. We are living with a system that is completely broken. Teachers are attempting to cope with more and more crap-policies that are being downloaded onto their backs by the Department of Education.  While McNeil and Casey will have you believe that it’s all about teacher wages and benefits, that is not what has truly awoken the giant. What you are seeing are thousands of passionate individuals who are exhausted. They are tired of having to implement bone-headed policies that are passed down from people in glass towers who have not been in a classroom in decades. They are tired of being slaves to data input/management. They are tired of feeling like they aren’t accomplishing what they want to accomplish in their classrooms, due to idiotic decision-makers in Halifax who are living in la-la land, some (or many?) of whom have children that attend private schools in the city.

So, is it a view or a cranky letter? Where do I draw the line???? Let me know what you think in the comments.

An MSVU student is raising money to by tampons and pads for homeless women and trans people.

Someone on Reddit took a photo of this lil’ guy outside his mom’s apartment in Dartmouth:

Design Review Committee (4pm, City Hall) — the committee will look at Paul Skerry Associates Limited’s plan to tear down the 1820s-era Elmwood Apartments building at South and Barrington Streets and put up a crappy non-discript building. Committee members will stroke their chins, OK the plan but suggest a few minor changes, and then congratulate themselves for how wise they are. More on the Elmwood here. Here’s the staff report on the crappy non-descript building. 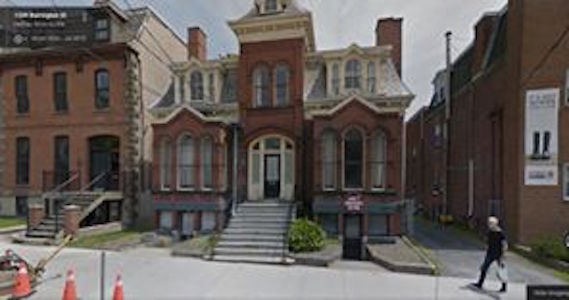 The demolition applications were submitted by developer Louis Lawen after the planning process for the Old South Suburb Heritage Conservation District was started, but before the district will be created. It’s worth noting that Lawen’s brother John Lawen sits on the Old South Suburb Heritage Conservation District’s “stakeholder steering committee,” as does one of John Lawen’s tenants.

Afua Cooper (Dalhousie’s JRJ Chair of Black Canadian Studies & author, The Hanging of Angelique: The Untold Story of Canadian Slavery and the Burning of Old Montreal);

Stephen Kimber (Halifax Examiner contributor, professor of Journalism, University of King’s College, and author of What Lies Across the Water: The Real Story of the Cuban Five);

Isaac Saney (Cuba specialist, Dalhousie University, National Spokesperson of the Canadian Network on Cuba, and author of Cuba: A Revolution In Motion).