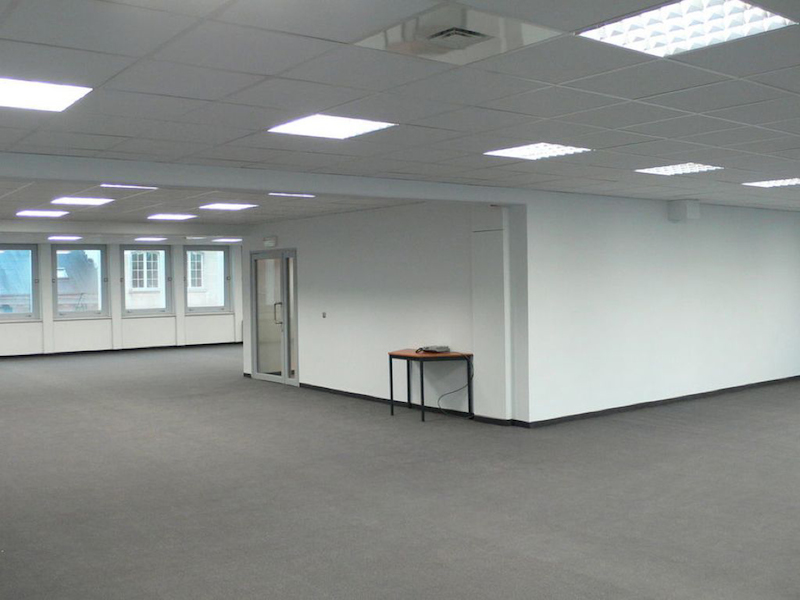 1. The Forum is saved

I’ll have more on this in a council recap later today, but the short of it is that Halifax council yesterday rejected a staff proposal to “dispose of” the Forum and build a new four-pad arena at CFB. Instead, council agreed with the Halifax Forum Community Association’s proposal to build a third ice pad at the Forum. Additionally, council agreed to renovate the Centennial Arena. Also, a new four-pad arena will be built in Dartmouth, while the Devonshire, Lebrun, Gray and Bowles arenas will be closed.

The real estate consulting firm Turner Drake yesterday released the results of its survey of the Halifax office rate market, and the numbers should alarm anyone contemplating building a new office building downtown.

Office space is rented in three categories. Class A is the shiny signature buildings desired by prestigious law firms, banks, and other companies who want a high profile office presence to impress customers and the public. Class B is the middle market, typically Class A buildings that have lost their shine, rented by companies that aren’t so worried about impressing customers but want good space. Class C is at the bottom of the market, really old buildings like the former Roy building—functional spaces that small companies can afford.

Turner Drake found that the overall office space vacancy rate in all of HRM has soared from 8.53 percent last year to 11.77 percent this year, mainly because of new office buildings in Bedford, Burnside and downtown. But the Class A vacancy rate has nearly doubled, rising from 7.43 percent to 14.19 percent, with the Class A vacancy rate downtown jumping to 15.96 percent. “The relatively healthy-seeming downtown market is jeopardy in the year ahead: the cranes on the city skyline foretell more new supply coming to market,” warns Turner Drake in the release.

What this means is that rental prices are soft; Class A prices dropped a penny to $17.46 per square foot. Double-digit construction inflation coupled with flat rental prices presents a real pickle for developers of new office space downtown, as profit margins become ever slimmer and the financial numbers make less and less sense. That’s why most of the developers downtown avoid office space and are concentrating on residential units—condos, apartments, and some hotel rooms. Turner Drake has gone so far as to advise its clients that an office market crash is imminent downtown, and they should “cash out”—get out of the market completely, before it collapses.

And, as I’ve written before, (behind the pay wall), the weak office space rental market could explain the apparent panic among office developers and their supporters. The Thiel family’s proposed 22nd Commerce Square development, which includes 200,000 square feet of Class A office space, is coming up head-to-head against Joe Ramia’s Nova Centre, which will have about 100,000 square feet of Class A office space. The two developers are going after the same shrinking market, and so both are trying to get their buildings opened before the other: Ramia applied for and received unprecedented exemptions to the city’s planning codes so he could more quickly finish his buildings; the Thiels have sued the province for granting Ramia those exemptions, saying it put them at an unfair competitive disadvantage, as their building will take longer to compete, therefore opening after Nova Centre.

That is the real battle playing out downtown: an over-developed, and over-developing, market bubble that’s about to pop, with the big players trying to outplay each other to get to an ever-shrinking customer base.

What does this mean for the rest of us? Well, it’s impossible to predict how events will unfold, but already Nova Centre boosters are irrationally lashing out at an inconsequential lawsuit filed by Heritage Trust (while completely ignoring the potentially very consequential lawsuit filed by the Thiels). This suggests that Ramia’s project is in big trouble, and we may never see the office tower component of the project built. Or, if it is built and the market collapses, we could see the development slide into bankruptcy, with taxpayers holding the bag.

And somehow no one intervened to prevent the deadly scenario from unfolding, and no one is accountable.

The Halifax Pop Explosion has announced the line up for the October music festival.

The native community at Boat Harbour has been complaining about the stink from Northern Pulp Mill forever, but now that Paul Sobey has spoken, people are paying attention.

7. The animals among us

Cape Breton cat saves family from burning home, but only because the cat wants some food.

Yea, we’re reaching the bottom of the barrel today. The commentariat is mostly silent, on vacation, I suppose. That’s not to disparage Schneidereit, who at least relays this line: “A systematic review of research about parachutes would find ‘no evidence’ they save lives, because there are no properly controlled studies that also measure the effects of jumping from planes without parachutes.”

Standing Committee on Human Resources (10am, Room 233A, Johnston Building, Corner of Barrington and Prince Streets)—Agency, Board, and Commission Appointments. I think every Examiner reader should show up, just to thank the province for finally having a public meeting.

David Simon, the creator of The Wire and Treme, gained his view of the world by working as a reporter at the Baltimore Sun. A couple of years ago, he wrote a wonderful essay entitled “Why beat reporters matter.” The piece analyzes one simple statistic: “In 2011, the Baltimore Police Department charged 70 defendants with murder or manslaughter.” That’s the kind of stats put out by governments and police departments the world over, but it takes a beat reporter, someone who had devoted his career to covering a perhaps obscure niche of the world, to understand the horror beneath that stat, the untruthful spin given by a police and justice system that’s falling down on the job. It’s worth reading the whole piece, but it ends as follows:

Absent a fresh online revenue stream, newspapers can no longer sustain veteran reporters on institutional beats the way they once did; not in the numbers necessary to keep bureaucracies honest. And the blogosphere? Good luck. The day that a citizen journalist can summon the sources, patience, clarity and tenacity to uncover such backroom machinations, to sort and filter the implications and then land a careful critique of the dynamic — well, that will be the day that he or she has spent two or three or four years covering that institution or agency. In this case, that means two or three years of drinking beer in cop bars and taking prosecutors to lunch and saving home numbers of whichever disgruntled police commanders are willing to talk about the dirt. And the day such a citizen journalist devotes that much time to such a crusade, I’m willing to bet it’s because someone is paying them an honest wage to go to work every day. Which makes that person not a citizen journalist at all, but a professional reporter; which brings us more or less right back to the world that the Internet supposedly vanquished.

Er, would this be a good time to politely mention that the Halifax Examiner is entirely supported by subscriptions? If you’re so inclined….

Angus MacDonald, of Ardness, outside Antigonish, has started a business called Ancient Energy Pyramid. I have no idea what that’s about, but MacDonald shills at psychic fairs and the like, selling “Crystal enhanced meditation and healing Pyramids. Direct positive energy for use in everyday life. Copper and crustal Design, various sizes. natural energy enhances food flavor, plant growth and helps heal pets with joint discomfort. Improves meditation for overall mind, body and spirit health.” Sounds like a thing.

Andrew Vanoostrum, a farmer near Berwick, is opening a Harvest Acres Corn Maze, or as we say in Mexico, a maize maze. That’s amazing.

Sue and Victor Woo are starting a restaurant called Mirchi Tandoor in the former I Love Sushi space on Blowers Street.