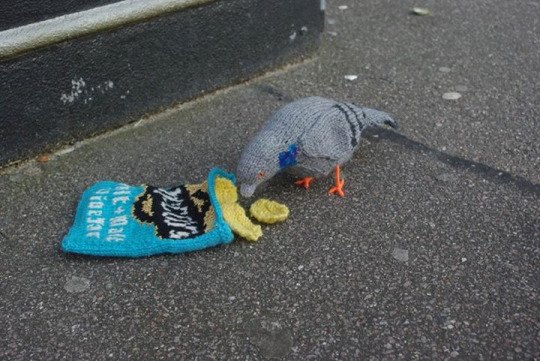 Halifax has banned the use of pigeon poison on all city property. The noise this made on twitter was similar to a pigeon flapping its wings.

The Cape Breton Post had a touching article about the life and remembrance ceremony held for Charlie Dennis, an inspiring leader to Nova Scotia.

“I think it will go down in history that he was the greatest crusader for the protection of the Bras d’Or Lake and the watershed,” said Bates. “You can describe that in so many words but that is what you reduce it to. The Bras d’Or Lake was his model and his creed, and he took it seriously and inspired all the rest of us to get aboard and share his vision.”

Chiefs of all five First Nations communities in Cape Breton attended Thursday’s services, including Rod Googoo, the chief of Waycobah and a friend of Dennis for almost 50 years.

Googoo said Dennis was the leading force in getting the Unama’ki Institute of Natural Resources running.”

“There’s been no consultation with the users of these programs,” said Reinhardt, a former provincial civil servant. “When you make a bunch of cuts without understanding what the impact is, that’s a real concern.”

The incentive was introduced by the NDP government in 2010 to allow companies to receive 20 per cent of investments, up to $1 million, to modernize equipment and upgrade facilities, something Reinhardt said her members need to compete and stay in business.”

In a regional blog It’s the Economy, Stupid, David Campbell writes a post about government spending on economic development. Interesting mention of government as a “lender of last resort.”

A report reviewing Nova Scotia’s electricity system, including a Consultation Summary, was released yesterday. I’m pretty sure it will have absolutely no effect on your power bill.

A friendly debate between two authors will be held at The Company House on May 15.

Halifax Examiner produces a podcast series which can also be heard on CKDU radio in Halifax. Listen to Examineradio Episode #4 to hear interviews with Epstein and Steele.

I’m a supporter of the arts community and am thrilled to see a professional art school open in rural Nova Scotia. The Grand Opening of the Lunenburg Art School will be held today and marked with a ribbon cutting ceremony. There’s also an art opening and reception being held this evening.

Food Trucking season is finally here! To track down your favorite trucks download the Street Food App Halifax. Some highlights this year:

About me:  I food truck. I work as a Program Officer for the federal public service in downtown Dartmouth.  I predict that the next big food & beverage trend will be non-alcoholic cocktails. I love organizing and producing events and feel honoured to have created Halifax’s first Night Market #NXNMRKT. I sit on the North End Business Association Board of Directors. I’m thinking of starting a Project Management designation. I bike to get around, year round. Like many of my peers, I’m also seriously considering leaving Nova Scotia. I’m not a morning person.  I tweet @nataliechavarie and @thefoodwolf