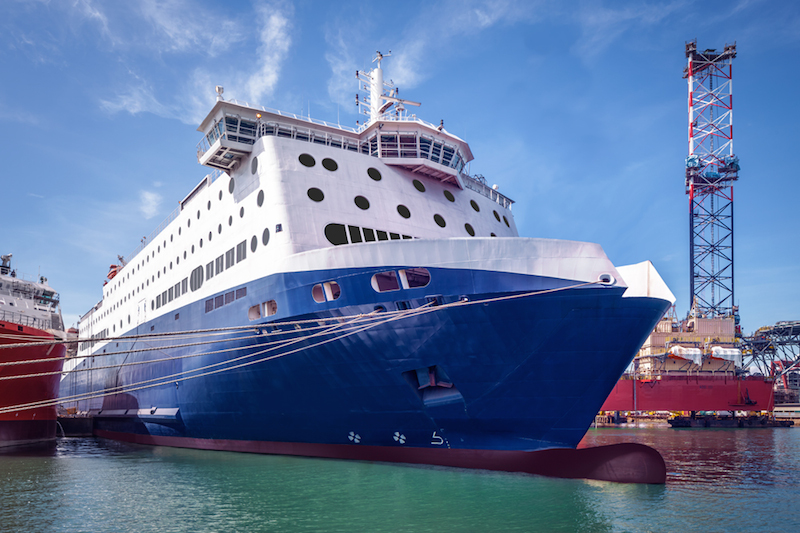 In the past couple of days, the province has made two announcements concerning transportation spending: the government will give $2.1 million towards the operation of the Yarmouth ferry, and it will give $2 million to Halifax Transit dedicated to capital expenditures—buying new buses, installing smart meters, building new terminals, etc.

One of the most important roles for government is public works (can we ditch “infrastructure” and return the “public” to the discussion?): building and maintaining the transportation, communications, and health systems that allow we citizens to get on with our lives. It’s ridiculous to expect that public works projects should pay for themselves or turn a profit—the entire point is they have to be paid for with tax dollars because there’s an overall benefit that is hard to quantify (how do you put a dollar value on the joy of a Sunday drive in the country?) or the benefits are dispersed and impossible to calculate (I probably won’t need a publicly funded ambulance service that will use a publicly financed road today, but I might).

Let’s put the ferry and transit funding announcements in context. First, there’s not a road in the province that “pays for itself,” nor should there be. Second, $4.1 million is nothing to sneeze at, but it pales in comparison to, say, the $1 billion price tag for widening Highway 102 and Bayers Road, which transportation planners have been, er, planning for the past decade.

But particulars matter. Agree with them or not, but Halifax Transit’s capital expansion plans are debated in public every year at dozens of public meetings reported in the press and attended by regular citizens. Halifax council considers the plans, tweaks them, and gives long-term direction. I don’t think the transit expansion plans go far enough, and I have problems with the over-reliance on fare box revenue for operations, but there’s no denying that starting about five years ago Halifax council took an ambitious turn from previous neglect for transit and established well-thought out plans, which have exact (well, as close to exact as is possible for budget forecasting) dollar amounts attached to them. The $2 million announced yesterday is intended as the first of on-going annual payments, and will go a long way in speeding the implementation of those plans.

The ferry on the other had sits in a more nebulous decision-making cloud. So far as I know, none of the long-term plans for operation of the ferry have been made in public, and it just feels like seat of the pants political considerations made in secret at cabinet are driving the decisions. To some degree, that’s OK: politicians should be responsive to political pressure. And, it’s inarguable that ferry operations have an effect on the economy of the south shore, and public works projects for transportation systems, roads and ferries alike, have an essential and proper role to play.

But beyond the studies commissioned by the former NDP government, I’m not seeing much in the way of budget controls or projections for future ferry operations. The $2.1 million announced this week exhausts the entire $21 million the NDP had committed for a seven year period. Economic and Rural Development Minister Michel Samson told the Herald that the NDP’s plan had “no hopes of succeeding” and further subsidies will be needed. OK, fair enough: but how much? What kind of constraints will be put on the spending?

I have this argument with convention centre supporters all the time. “We need the economic benefits from the convention centre!” they scream. But at what cost? A hotel operator doesn’t care how much the government spends on a convention centre so long as even one more room is rented. Shouldn’t taxpayers? Shouldn’t the expected benefits be clearly defined, and not a bunch of hocus pocus numbers pulled out of someone’s ass? And once you have those numbers, at what point do the costs of the convention centre become too high? A half billion dollars? A billion? A trillion? Is there no line at all that’s too pricey?

Again, there’s no reason to get too upset about ferry costs, because when we’re gearing up to spend a billion dollars on one highway widening project, $2.1 million is chump change. But it would be nice to see the government be more open with the decision-making process and make public the financial forecasts, regardless of political considerations.

Oh, and the ferry should be a public works project, not contracted out to a private operator who apparently faces no risk. But that’s an argument for another day.

It’s interesting and good that the daily commuter sheet is out-flanking The Coast in at least the breadth of its pride coverage. I’ll leave it up to readers to judge the depth of that coverage, but judging by the headlines alone (I’ll read the articles later today), so far, so good.

At issue is the cost for removing a water main from under the MacDonald Bridge before next year’s redecking project, returning it afterwards, and then on-going rental costs. Sure, costs should be fairly allocated, even between the Halifax Bridge Commission, a crown corporation, and Halifax Water, a semi-independent agency owned by the city of Halifax, but their customers are by and large the same people, so you would hope this didn’t cost us a bazillion dollars in legal costs.

Police have decided not to lay charges in the tragic death of Judy MacIsaac-Davis, a woman using a motorized wheelchair who was struck in a crosswalk while crossing Thistle Street at the intersection of Victoria Road. I am very familiar with this intersection: I live nearby, walk across it daily, and came upon the unfortunate victim of this accident as she was pinned beneath the pickup truck that had struck her.

The police say no charges are warranted because MacIsaac-Davis had entered the crosswalk after the “don’t walk” sign had begun flashing. I have no reason to doubt that’s the case, and so the police are right: that is the way the law reads.

I want to be very clear: Punishing the driver in this incident, or in any other pedestrian incident, isn’t the point. I saw the man driving the pickup truck. I saw the tears in his eyes, heard his sad plea that emergency vehicles arrive soon. Of course he didn’t intend to hit MacIsaac-Davis. Of course it was an accident. Even knowing that accidents happen and that “fault” has been officially assigned to MacIsaac-Davis, I can’t imagine the weight of her death on him, the “what ifs” that must be continually running through his mind. It serves no purpose to further punish him.

But that doesn’t mean we shouldn’t consider the context of MacIsaac-Davis’ and others’ deaths. Since vehicle codes were first created in the early 20th century, pedestrians in crosswalks always had the right-of-way, whether the light was green, flashing, or even red, but that changed in Nova Scotia in 2007, when the legislature passed Bill 7, which amended the vehicle code such as to, at flashing lights, take the right-of-way away from pedestrians and give it to drivers. At the same time, the city started installing those push button-activated lights for pedestrians, so that the “walk” sign won’t cycle unless you first press the button, and if you arrive at the intersection a nano-second after the light turns green for drivers, you’re out of luck, you have to wait an entire light cycle to catch the next walk signal, even as you watch cars arriving at the intersection long afterwards sailing right through, and even as you know you actually do have enough time to cross. The crossing lights at Thistle and Victoria are controlled by such push button-activated lights.

Whatever the law says, it’s simply human nature to cross in such situations. There are other considerations as well—I don’t know that MacIsaac-Davis and other people with mobility issues even have the ability to press the buttons. In winter, many buttons are blocked by snowbanks, and even the physically agile can’t get to them. And in any event, they often don’t work at all when the temperature drops below -10C. Given the totality of the situation, I think it’s foolish to think that we can regulate a change in pedestrian behaviour that people either reject outright or can’t always follow even if they want to make the change.

On the driver side, I don’t know for sure, but it’s my sense that there are fewer pedestrian incidents in Dartmouth than on the peninsula, but the ones in Dartmouth are much more damaging. Within two kilometres of my house, there are four roadside memorials to pedestrians who have been killed in crosswalks. I suspect the reason is speed. On the peninsula, there’s so much traffic and congestion that when pedestrians get hit, the cars typically aren’t going very fast. In Dartmouth, however, the streets are raceways to get to and from the bridge, or to the outer ‘burbs, and speeds are much higher, meaning more physical damage when pedestrians get hit.

I know that drivers are zooming through the intersection of Victoria and Thistle. Drivers travelling north on Victoria ratchet up their speed to get up the hill and are approaching the intersection at too fast a speed, especially considering that there are two schools at the intersection. Drivers going south on Victoria, turning left onto Thistle, don’t have an advance light and so have to quickly time their left turn to beat the on-coming cars. Pedestrians tend to get lost in that mix.

So, again, the point isn’t to punish anyone. But we should think long and hard about the implications of the change in provincial law, and about the installation of the push button-activated lights on both pedestrian and driver behaviour. And certainly, at particular intersections, simple design changes can make a big difference.

This is only news because this is the last disbursement to the nine health authorities before they are consolidated into a single board next year. See the full budgets here.

2. A short walk in the north end

Because of my above thoughtful discussions about public works spending and intersections, I don’t have time this morning to properly plug something, so I’ll just point you to the City of Calgary’s reporting system on City Hall visitors. I’ve been remiss in following up on this issue at Halifax City Hall, but will try to get back to it. (And no, I don’t think Calgary’s system can be applied exactly in Halifax, but it’s a good place to start the discussion.)

ICYMI, the Halifax Examiner published two news articles yesterday: one on the fracking review panel’s visit to Halifax, and one on the Africville dog park consultation.