You are here: Home / Featured / The province wants your input on six newly proposed wilderness areas 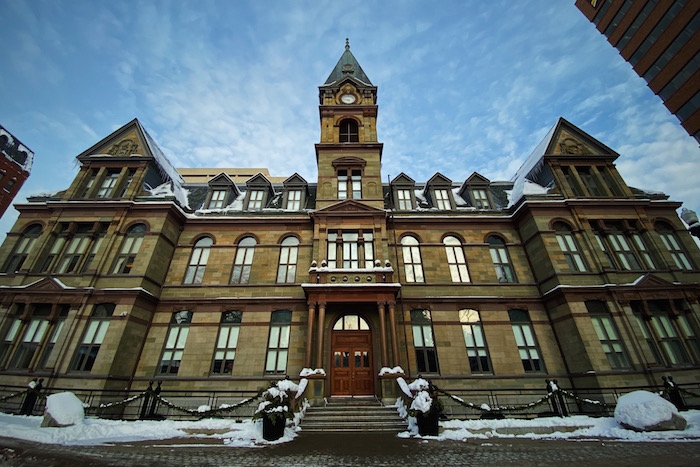 “Rules for Uber, a plan for climate change, and a cooling-off period for politicians and staff are all on the agenda for Halifax regional council’s meeting this week,” reports Zane Woodford:

The meeting, starting at 10am Tuesday, also includes an appeal hearing for a design review committee decision at 1pm and a public hearing on a Bedford Highway development at 6pm.

We’ve been keeping Woodford’s work behind a hard paywall because we need more subscribers to pay him. I’ve been pleased with the uptake in subscriptions since Woodford started reporting for the Examiner earlier this month — so far, the numbers look good. But it’s still early going — we have have a long way to go yet to turn this into a regular gig for Woodford.

So if you value informed, inquisitive beat reporting about City Hall, please consider subscribing. Thanks! 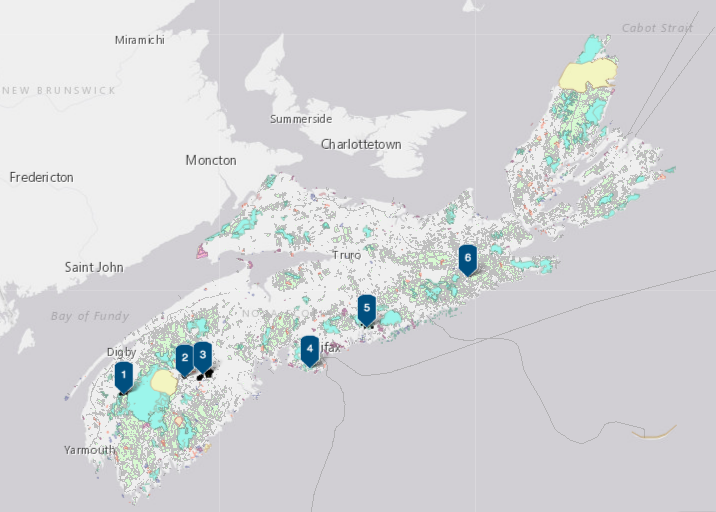 All of the areas are important ecologically, but the biggest surprise on the list is the proposed Archibald Lake Wilderness Area, because if it is implemented as proposed, it would nullify Atlantic Gold’s proposed use of Archibald lake for its Cochrane Hill gold mine. A Department of Environment statement reads:

Archibald Lake Wilderness Area will protect 684 hectares (ha) of woodlands, lakes and several small wetlands in the watershed of Archibald Brook, an important tributary of the St. Mary’s River.

The candidate wilderness area consists of Archibald, McDonald and Rocky lakes (240 ha altogether), along with surrounding provincial lands. At least 300 ha is old hardwood forest on elongated hills (drumlins). The remainder is primarily mature or older hardwood forest on hills and mature softwood forest on flatter terrain. This forest provides important habitat for species that depend on or prefer old forest.

The watershed of Archibald Brook provides quality habitat for brook trout and other aquatic species.

Nearly the entire site consists of ecosystem elements that are poorly represented in Nova Scotia’s protected areas network, including the well drained hardwood drumlins. It also overlaps with a mainland moose concentration zone delineated by the Department of Lands and Forestry.

With the lakes and surrounding hardwood hills, this is a very scenic area. It is used and enjoyed for a variety of outdoor activities, including sport fishing, hunting, camping and camp use.

Three campsite leases occur on Archibald Lake. These will be honoured under the Wilderness Areas Protection Act.

The proposed boundary avoids forest access roads and trails wherever practical. Depending on interest, the final boundary can be adjusted to accommodate public vehicle access to one or more of the lakes.

About 10 ha around Archibald Brook is subject to mineral exploration rights. These rights can be honoured under the Wilderness Areas Protection Act, provided activities do not degrade the wilderness area.

Archibald Lake is also identified in Atlantic Gold’s description for the proposed Cochrane Hill Gold Project: https://ceaa-acee.gc.ca/050/evaluations/proj/80159?culture=en-CA. The company’s proposed use of Archibald Lake cannot be permitted within a wilderness area.

The Canadian Parks and Wilderness Society is asking people to email the department in support of all six proposed wilderness areas. 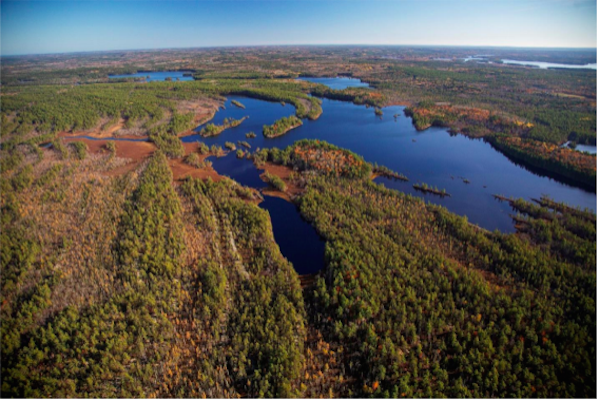 This item is written by Linda Pannozzo.

Related to the above item, one of the six proposed wilderness areas is the Pleasant River Wilderness Area, 2,900 hectares of land, home to the endangered Blandings turtle and threatened ribbon snake as well as countless other species.

Brad Toms is a wildlife biologist with the Mersey Tobeatic Research Institute (MTRI) and owns land on Shingle Lake, 200 metres east across the water from Survey Island, which is part of the proposed wilderness area. In his submitted comments, Toms says he “fully endorses” the protection of these areas near Shingle Lake (Pu’tlaqnn) as well as additions in lower Pleasant River near Brookfield Mines but he’s worried about the “existing mineral rights” that overlap with 208 ha of the Shingle Lake portion of the proposed wilderness area. The government says “legal designation of these lands will only come into effect if the mineral rights expire and are not renewed.”

Toms says the area still suffers from the tailings, heavy metal contamination, landscape impacts, and changes in drainage — all a result of poor mining practices from the past — which he says is only now beginning to be studied and understood. Research by St. Mary’s University professor Linda Campbell shows the persistence of arsenic and mercury toxicity from gold mining activity dating back to the mid-1800s. Gold mining and its toxic legacy is also the subject of Joan Baxter’s in depth four-part series, Fool’s Gold.

According to Ray Plourde, the wilderness coordinator at the Ecology Action Centre, this is “pretty much standard” where mineral exploration rights pre-exist. He says most of them eventually expire. But Toms tells me the government “can do better” and that “there should be a mechanism for extinguishing those rights or changing license boundaries” in cases like this.

The ecological importance should trump the mineral rights especially in light of “the global biodiversity crisis,” he says. 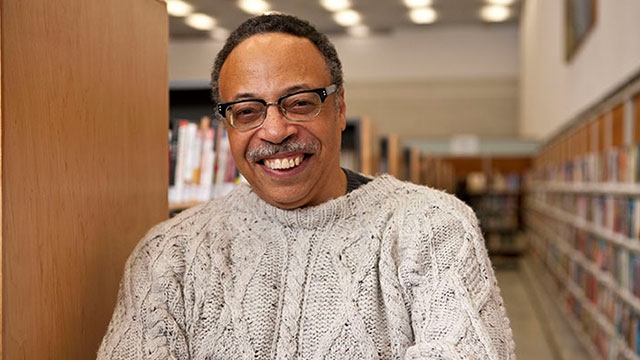 At one level, “‘Truth and Reconciliation’ versus ‘the Murdered and Missing’” was intended to be a serious academic lecture by one of Canada’s most esteemed poets and social justice truth speakers. Somehow it all went wrong.

Click here to read “George Elliott Clarke, the murderer, and the murdered woman.”

(Abercrombie, NS – January 12, 2020) – On January 11, 2020, Northern Pulp Nova Scotia Corporation began the orderly wind down of operations to meet the impending deadline of January 31, 2020 imposed by the Boat Harbour Act. By early next week, only the wood waste boiler will continue to operate to provide heat for the facility to protect against freeze and enable cleanup of the process equipment. Over the coming weeks, Northern Pulp will focus on the diligent removal of chemicals, pulp, and wood fibre from mill storage tanks, piping, and wood yards to meticulously prepare the facility for its indefinite closure. The company continues discussions with government with respect to the site’s hibernation plan. The length of time the facility will be in hibernation is currently unknown.

Our team is also focused on supporting our employees and their families as the reality of lost jobs and livelihoods becomes clearer with the hibernation. Northern Pulp is reviewing the draft terms of reference developed by Nova Scotia’s Department of Environment for an Environmental Assessment for the proposed effluent treatment facility. We still believe that a prosperous forestry economy and healthy environment can co-exist in Pictou County, just like it does in 89 other communities with pulp and paper mills across Canada.

I don’t know what game Northern Pulp is playing. It has yet to send lay-off notices to its employees.

We’ve been told that Brian Baarda, CEO of Paper Excellence, met with “stakeholders” at the airport hotel last Tuesday in order to plot out a media campaign to slam the Nova Scotia government, and the company’s PR department is now incredibly active, spitting out half-truths and misleading statements like this (Joan Baxter deconstructed most of the claims in that statement here).

The Examiner is planning further reporting on the mill; I won’t get into that here, but Baxter writes: “Whatever the case, I was wrong when I wrote there was just one thing that is certain about the Northern Pulp story — namely, that it’s far from over. Something else is certain: Northern Pulp is going to spare no efforts to ensure that before it’s over, this is going to cost the people of Nova Scotia an enormous amount of money.” 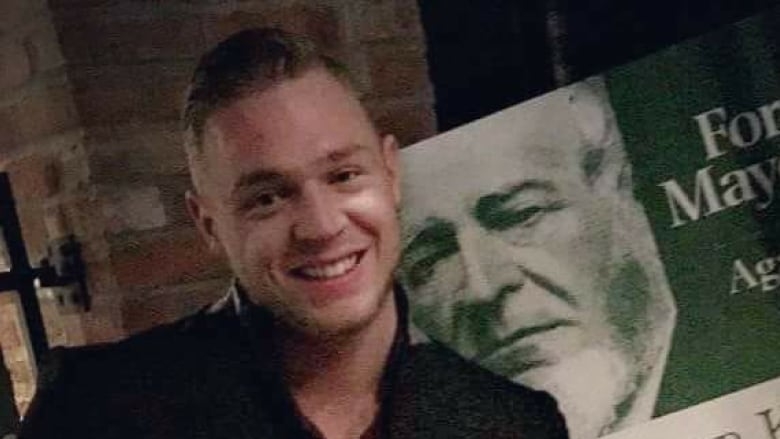 “The foreman and employer of a 22-year-old man who died after falling from a Dartmouth construction site are facing charges under Nova Scotia’s Occupational Health and Safety Act,” reports Elizabeth McMillan for the CBC:

They are accused of failing to ensure fall protection gear was used properly.

Brandon Alcorn, who grew up in Porters Lake, N.S., died on March 13, 2018 after suffering head injuries sustained in a fall from the roof of a Kent Building Supplies store that was under construction.

Alcorn had been working as a labourer for Insulated Panel Structures, Inc., a Waterdown, Ont., company at the Cutler Drive site.

Health (Tuesday, 1pm, Province House) — Children’s Oral Health, with the College of Dental Hygienists of Nova Scotia, and the Department of Health and Wellness. 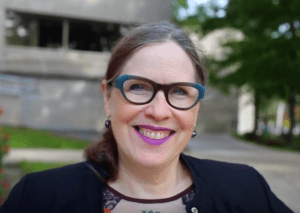 her research program on the comorbidity of emotional disorders and addictive disorders. She will provide examples of the primary methods used in her program of research: lab experiments, longitudinal studies, daily diary methods, and intervention research. She will illustrate how the study of psychological factors such as personality, motives, context, and implicit cognition, help understanding of the mechanisms linking common emotional disorders (e.g., social anxiety disorder, panic disorder, posttraumatic stress disorder, depression) to common addictive behaviors (e.g., alcohol misuse, excessive gambling, prescription drug misuse, cannabis dependence). She will also illustrate how understanding of mechanisms linking emotional disorders to addictive behaviors has been used to develop effective preventative and treatment interventions for this form of comorbidity.

Architecture lecture (Monday, 6pm, in the auditorium named after a fossil fuel company, Richard Murray Design Building) — by Zachary Mollica, “a Canadian architect and maker living full-time out in the woods,” while also being Warden of the AA School Architecture’s Hooke Parke campus in London, UK. 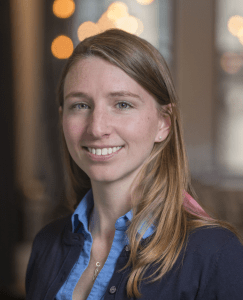 The recent deluge of genomics data has transformed biological research from a field limited by data acquisition into one limited by data interpretation. The potential of many rich but heterogeneous genotype and phenotype data sources remains relatively untapped, largely because we lack computational tools to appropriately combine and integrate data across studies. I develop computational methods and pipelines to rapidly and effectively integrate information from multiple data sources and leverage the strengths of human and model organism data. My research program has included collaborations with major consortia including The Cancer Genome Atlas (TCGA) and the West Coast Dream Team, as well as independent projects.

Here I will focus on two methods that I developed during the course of my research. PLATYPUS, a semi-supervised machine learning method, which I apply to drug sensitivity prediction in a large cancer cell line database and highlight key biological drivers of response. PLATYPUS builds ‘views’ from multiple data sources and biological priors that then jointly predict patient outcomes. I show that this learning strategy increases the performance of the learning methods over any single view and helps identify drivers of drug response, thereby generating models to inform clinical and biomedical research. The second method I will present is a comparative genomics statistical framework that highlights the strengths in modeling disease across multiple species. For this, I RNA-profiled canine mammary tumors (CMTs) to model molecular changes in human breast cancer, using my statistical framework to demonstrate that dog-derived cancer signatures are predictive of survival for human breast cancer patients. 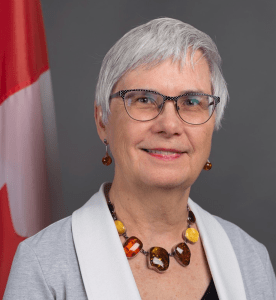 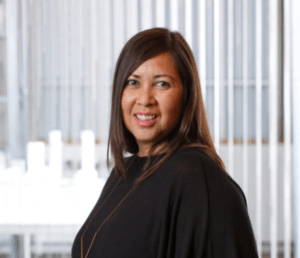 I had to attend to some personal business this weekend, which called me out of town. So I’m a bit distracted, but I missed the ice storm, so there’s that. I’ll be back in Halifax tomorrow, back in full work mode.