You are here: Home / Featured / Moncton’s bid to host the Francophone Games is a disaster

Yesterday, the Police Commission received an update on the street checks report in secret. No legal justification for the secrecy was spelled out beyond “legal matters,” which isn’t actually in any of the governing regulations for holding secret meetings. But even more remarkably, the Commission’s debate about whether to have the street checks update in secret was itself done in secrecy. Never before have I seen a debate about going in camera held in camera. It’s meta-secrecy.

Why the secrecy? I can only guess it’s because the Commission wants time to prepare its spin on the report before it is finalized and released next month. 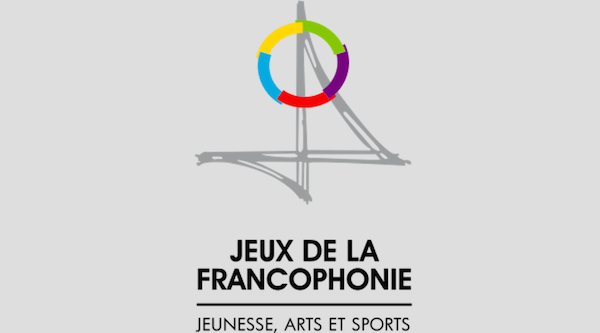 Large sporting events — the Olympics, Commonwealth Games, Pan American Games, what have you — as a rule are economic disasters and black hole budget items for governments. That’s because backers always oversell their ability to control costs and overestimate the economic impact of such games.

Which brings us to the Francophone Games.

The Jeux de la Francophonie mirrors the Commonwealth Games, but for the French-speaking world. Besides sporting events, the games also have competitive artistic events, with medals awarded in categories like Storytelling and Song. Started in 1989, the Games are held every four years, and usually attract around 50 participating countries and a couple of thousand competitors. Last year, the Ivory Coast hosted the largest games to date, with over 4,000 competitors; I don’t know if the large turnout reflected increased interest in the Games or just simple geography.

Back in 2015, New Brunswick started aiming to host the 2021 Francophone Games in Moncton. “One of the big strengths of our candidacy is that the region holds all the elements and infrastructure needed to host exemplary Games of La Francophonie,” Eric Mathieu Doucet, a member of the Moncton-Dieppe bid committee, told the CBC. “We have demonstrated time and time again that we have what it takes to host events of international scope,” echoed George LeBlanc, the Mayor of Moncton.

If the province is successful in its bid for the 2021 games, the province estimates it will cost $15-million to host.

New Brunswick wants to split that bill between the federal, provincial and municipal governments.

The government also estimates some of the cost of hosting will be covered by ticket sales, sponsorship and private partnerships.

Here’s a tell: when someone starts going on about “some of the cost will be covered,” understand that there is not a solid financial plan.

At that time, two other cities, Sherbrooke, Quebec and Guadeloupe, France, were in the race to host the games, but both had dropped out by March 2016. That left only Moncton.

“The economic spinoffs of this event are considerable,” announced a celebratory press release issued by the bid committee. “The 2021 Games are expected to attract more than 3,000 athletes from nearly 60 countries. The spinoffs are estimated at $25 million, including $22 million in the two host cities.” The press release didn’t say who made those calculations.

At the same time, another CBC article noted that “the New Brunswick government has estimated it will cost $15 million to host the games, while the mayor of Sherbrooke Que., which also made a bid, estimated it would have cost his city $50 million.” That’s quite a spread, but the line was that Moncton could produce the games at a lower cost because it already had the Moncton stadium.

But on Tuesday, in a bombshell exposé, Radio Canada reported that the cost of hosting the Francophone Games in Moncton is not $15 million, not $50 million, but $130 million.

I’ve run some of the article through Google translation:

The July 2015 application file, then evaluated at $ 17.5 million, was revised after the visit of five experts appointed by the International Organization of La Francophonie in Moncton and Dieppe. Their mission was to evaluate the facilities, particularly in terms of accommodation. This review led to a new budget of $19.5 million a few months later, in December 2015. Accommodation and food costs of $1 million and $1.5 million, respectively, 2 to 2.5 million.

Two million were also added to the bill even before the Moncton-Dieppe bid was accepted. But despite this first review, the budget tabled in December 2015 was not realistic: the business plan unveiled this week exposes the thinness of the 2015 evaluations.

The costs associated with security alone are multiplied by ten between 2015 and 2018. The 2015 budget estimated them at $1 million, but recent figures show a bill of $10 million. Security fees are rising for all major international events in recent years. The relevant authorities have not yet submitted their assessment for the Moncton and Dieppe Games. The [price] could continue to swell.

Infrastructure, and especially the restoration of existing infrastructure, has been significantly undervalued. In the 2015 nomination, four amounts of $1 million are allocated to temporary sports, cultural, activity and equipment acquisitions. The 2018 business plan is more like 36 million for infrastructure, including 24 million so-called essential investments.

But the explosion of operating costs, a category with fuzzy contours, is unparalleled. The 2021 Games will cost $84 million in operation, according to the business plan. The 2015 application file does not expressly mention operations, but some categories seem to be related to it. Coordination costs were estimated at 2.1 million, the most expensive line of the 2015 budget after the restoration. And the highlight of the show, the opening and closing ceremonies, was to cost, together, $1.5 million.

See the original Radio Canada story here; it includes a chart with a line item breakdown of costs.

The soaring price tag of the Games is ensnarled with New Brunswick provincial politics in ways that are beyond my understanding, but Jacques Poitras gets into that aspect here and here.

Anyway you view it, Moncton’s Francophone Games bid is a complete clusterfuck.

“I think shock, or surprise,” Moncton deputy mayor Greg Turner told CTV reporter Kate Walker. “We had never heard anything in that range.”

Donald Savoie, the Canadian research chair in public administration and governance at the University of Moncton said: “Somebody was either irresponsible or incompetent; you pick it.”

Five members from the board of directors organizing the games have now resigned.

But while the enormous escalation of costs — over eight times what was originally estimated — for these particular Francophone Games are indeed extreme, it’s no surprise at all that any such event goes far over budget. The first investigative piece I did in Halifax was a look at the failed bid for the Commonwealth Games, which had ballooned from a “right size” budget of $785 million sold to the public to $2 billion. This is a normal occurrence for such games.

Oh, remember that the Francophone Games were going to generate $25 million in economic impact? That seems pathetic in terms of a $130 million Games price tag, but fear not! There’s always a way to spin that…

“These games are a game changer,” said Mathieu Doucet [a bid committee member]. “We’re talking about the biggest event ever in the history of Atlantic Canada.”

It could potentially attract newcomers to the region.

“We know immigration is an important topic in our region and we can look at these major events and see how we can maybe attract families, students, so they can start a new life here,” said City of Moncton spokeswoman Isabelle LeBlanc.

But I’m disappointed they didn’t talk about how the Games will put Moncton on the map. Those New Brunswickers need to up their bullshit game.

Earlier this year, three organizations — the Gulf Nova Scotia Fleet Planning Board, the Maritime Fishermen’s Union, and the Pictou Landing First Nation — formed the Northern Pulp Working Group to coordinate opposition to the plan to pipe effluent from the Northern Pulp Mill into the Northumberland Strait.

In June, the Working Group hired Temple Scott Associates, an Ottawa firm, to lobby the federal government on its behalf. Temple Scott has three people on the Northern Pulp file, but only one, Kevin MacAdam, has actually lobbied federal officials, and MacAdam hasn’t contacted any officials since August.

The Development of a Biocatalytic Approach to Unnatural Nucleosides Therapeutics (Friday, 1:30pm, Room 226, Chemistry Building) — Gregory Hughes from Merck and Company will speak.

A very short Morning File today because there’s not much news and because I’m editing an article by Linda Pannozzo, which we’ll publish later this morning.