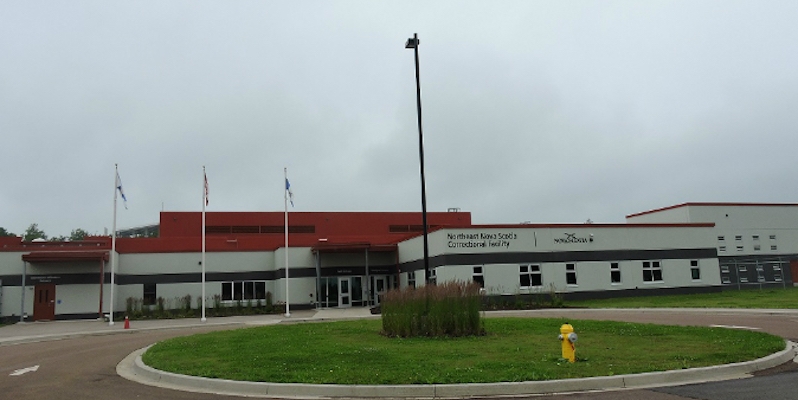 “A youth has been held in solitary confinement in the adult Northeast Nova Scotia Correctional Facility in Pictou for an entire year, severely compromising his treatment and rehabilitation, and negatively affecting his fragile mental health,” reports Robert Devet:

In a recent decision Justice Anne Derrick argues that the young man should be returned to the Nova Scotia Youth Facility in Waterville, where he can get treatment. However, in her decision Derrick expresses fears that the Department of Justice will ignore that recommendation and continue the status quo.

2. The perils of the internet 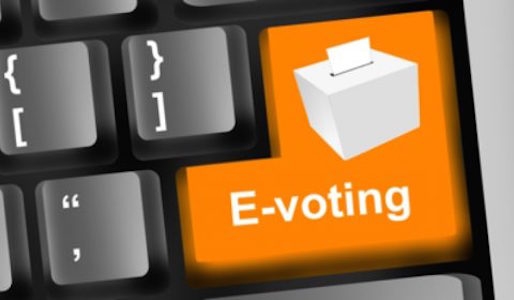 The Equifax hack is bigger than previously known, reports the Wall Street Journal:

Hackers roamed undetected in Equifax Inc.’s computer network for more than four months before its security team uncovered the massive data breach, the security firm FireEye Inc. said this week in a confidential note Equifax sent to some of its customers.

FireEye’s Mandiant group, which has been hired by Equifax to investigate the breach, said the first evidence of hackers’ “interaction” with the company occurred on March 10, according to the Mandiant report, which was reviewed by The Wall Street Journal.

Equifax had previously disclosed that data belonging to approximately 143 million Americans was potentially accessed in May. It isn’t known when Equifax learned from Mandiant that the hacking activity began in March, not May. Equifax wasn’t available for comment.

What does this have to do with Halifax?

There are people out there in the world who are trying to hack elections, and behind even the most sophisticated electronic voting system are fallible humans, vulnerable to phishing and other social engineering schemes. It’s not a matter of if electronic voting will be hacked, but rather of when. And yet, Halifax city council just voted to make the next byelection entirely electronic.

Does anyone really think Halifax’s security measures are better than Equifax’s?

“The 11 potential sites for a new Mumford Terminal were unveiled to the public during two open-house sessions in Halifax on Wednesday,” reports Yvette d’Entremont for Metro. The sites are:

Some of those described sites are a little vague, and there’s no map of them that I can find posted on the city’s horrible website.

If the city is serious about extending commuter rail from the peninsula to Bedford, then the new Mumford Terminal should be built adjacent to (or above) the rail line. There’s no sense in having thousands of people (supposedly) taking the train, only then to have them walk a kilometre or more to get to connecting buses. 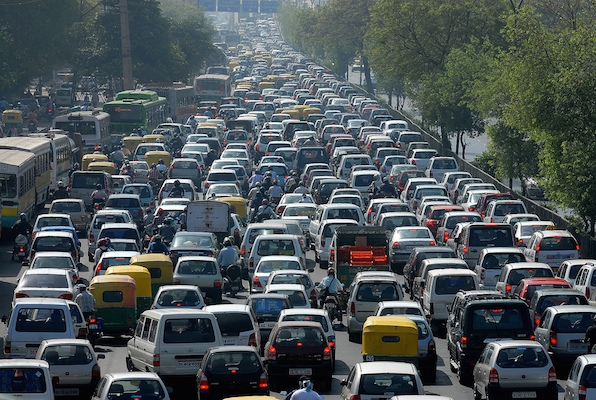 After driving on the 401, or the New Jersey Turnpike, or even the Boston ring highway,  I’m a bit amused when Haligonians complain about traffic. But I’m told things have been a mess the last couple of weeks. Still…

But that’s coming as cold comfort for commuters like Trudy Dyer, who keeps leaving earlier for work every day.

“I think (Wednesday) was probably one of the worst days I’ve had commenting (sic) in from Beaver Bank. It was about two hours and 15 minutes,” Dyer says.

I think she meant “commuting in from Beaver Bank.”

People make living choices for a variety of reasons — school and work concerns, affordability, ties to the community, personal preference, etc. — and I’m not going to criticize someone for where they decide to live. But even in the best of times, driving from Beaver Bank to downtown is a 45-minute proposition. Add another 15 minutes to deal with parking… don’t traffic delays come with the territory?

More to the point, we can’t allow uninhibited development and expect to have no disruptions. The reported traffic nightmares of the last two weeks are the inevitable result of the irrational building frenzy. Don’t like traffic? Slow down the development train. 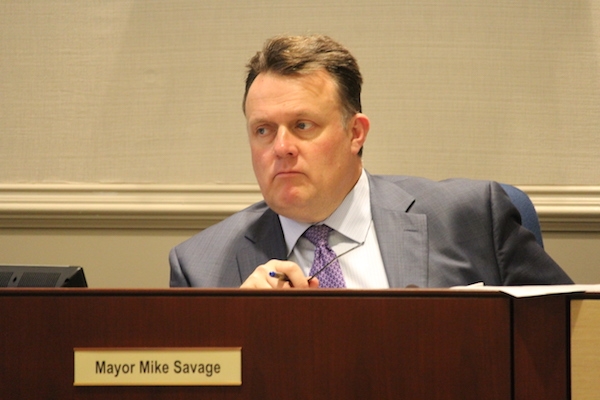 Speaking of the development boom, I listened to Mayor Mike Savage plugging Halifax as a potential Amazon HQ site on The Current podcast while driving through Pennsylvania last week.

Savage said a couple of times that Halifax is in a much better position than it was “five to seven years ago,” which just happens to coincide with the start of his term as mayor.

When Savage first tweeted out that Amazon should come to Halifax, I didn’t think this would be a serious proposal. I wrote:

A tweet, of course, isn’t policy. But if Savage is serious that Halifax is “on it,” he’s saying that the city and province will now embark on producing a Request for Proposal, an undertaking that will cost us at least $100,000, and if it’s more than half-hearted feint, much more. That’s money that could instead be used to fill potholes or extend rec services or pay firefighters. Savage may as well stand in Parade Square and light $100 bills on fire.

But, sigh, Savage told Anna Maria Tremonti that the city, the Halifax Partnership, NSBI, the universities, and “a ton of companies” have formed a “working group” to put together an Amazon bid. I can’t wait to FOIPOP the cost of that effort, and to read what will certainly be hilarious and befuddled communications about it.

Beyond that, however, I was struck by this comment from Savage:

You can buy a pretty nice house in Halifax for $300,000 — you can’t do that in a lot of other cities, and, um, as Halifax grows I expect those prices will go up. Right now it’s a bargain.

Well, it’s a bargain to those selling their Toronto condos and moving to Halifax. And it might even be a bargain for a politician pulling in $176,033 a year. But try telling someone working one of those hundreds of jobs contracted out by the city to avoid paying a living wage that their rent is a “bargain.” Tell someone in even a bottom-rung union position at the province that they can find a “bargain” house on their salary. Tell a university student seeing skyrocketing tuition and the accompanying soaring student debt load that this is a cheap place to live.

Savage talks a good game when it comes to affordable housing, but it’s now clear that by “affordable housing” he means growing the stock of subsidized housing for the very poor, and nothing at all for working people. Working people will continue to see their pay diminished — by contracting out city jobs, by wage freezes at provincial jobs that effectively lower salaries as inflation eats more of workers’ pay, by corporations continuing their downward slide of salaries and increasing use of temp work, by the “gig economy” becoming the main source of income for an ever-growing number of people. At the same time, Savage and other city politicians are doing everything they can to see that housing prices go up.

For over a month Orangedale’s water system has been on a boil water order. It started August 17. I work in the Orangedale area and I’m shocked that this order has been going for so long. How long would this order have lasted in another community? Maybe a few days, if that. But here we are a month later and still boiling water every day to drink, wash food, and cook. What the heck is going on with the Orangedale Water Society?

While driving through Pennsylvania: 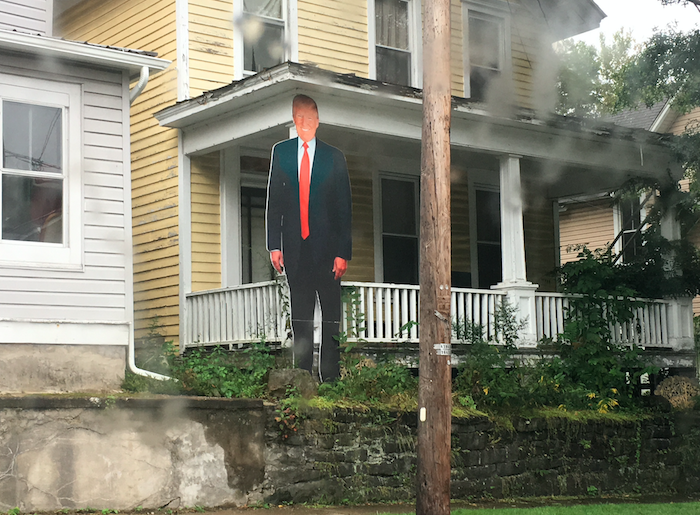 A few miles down the road, I passed a store selling the giant cut-outs and other Trump-branded merchandise.

Nick Hawkins is a Canadian conservation photographer and photojournalist specializing in natural history, science and conservation related issues. A biologist by training, Nick believes that photography and storytelling are key components of conservation. Nick is a member of the International League of Conservation Photographers, an elite group of the world’s top wildlife, nature and culture photographers who have demonstrated a deep commitment to conservation efforts around the globe. Nick’s work has received awards in the Windland Smith Rice International photography awards as well as the BBC Wildlife Photographer of the Year. As an assignment photographer working in Canada and Central and South America, Nick has produced feature articles for Canadian Geographic, BBC Wildlife Magazine and Canadian Wildlife Magazine.

The Transition from Actor to Writer (Friday, 1pm, Studio Two, Dalhousie Arts Centre) — Beverley Cooper will read from a selection of her plays, and speak about the transition from actor to playwright, creating new work, and what it means to be a working playwright/theatre creator in Canada today.

Algal Toxins (Friday, 1:30pm, Chemistry Room 226) — Christopher O. Miles will speak on “The Microcystin Group of Freshwater Algal Toxins and the Role of the Thia-Michael Reaction in Their Toxicology, Metabolism and Analysis.” 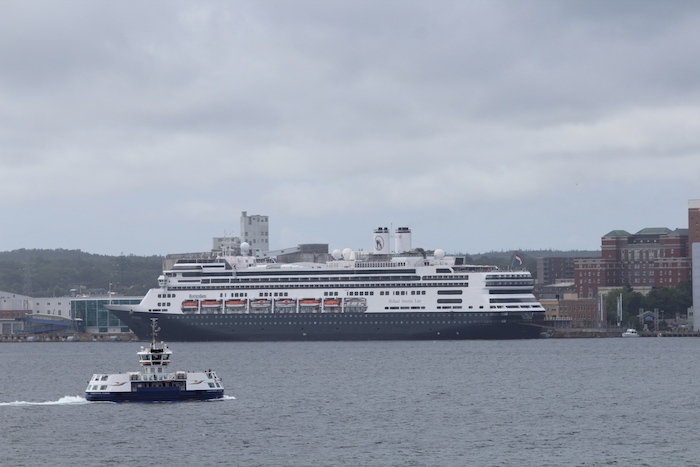 We’re recording Examineradio today. And I’m trying to catch up on email.