You are here: Home / Commentary / Masuma Khan and the question of free speech 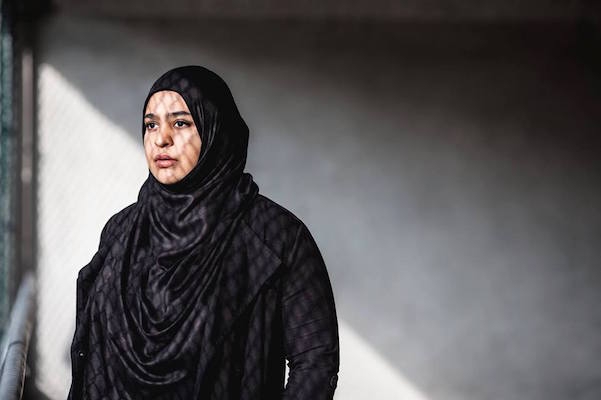 Should the vice-president of the Dalhousie Student Union have faced even the whiff of disciplinary action from the university’s administration for a less than genteel Facebook exchange she had with some constituents?

The short answer is no.

The long answer is still no.

Let’s circle back for some context. On June 28, 2017, the Dalhousie Student Union voted overwhelmingly in favour of a motion put forward by Masuma Khan, the DSU’s vice president (academic and external). “At our most recent council meeting,” Khan explained in a thought-provoking but reasoned and explanatory Facebook post, “councilors voted to abstain from the Canada 150 celebrations:

“We recognize that Canada Day and the Canada 150 celebrations are an act of ongoing colonialism that glorifies continued theft from, and disenfranchisement of, the indigenous peoples of Turtle Island (Canada). Here in K’jipuktuk (Halifax) we study, work and live on unceded and unsurrendered Mi’kmaq territory. Mi’kma’ki is the traditional territory of the Mi’Kmaq people, who have lived on this land for over 13,000 years. We stand in solidarity with indigenous students and communities. We are committed to challenging and unlearning the narrative of Canada 150 and decolonizing education.”

Perhaps not surprisingly, not everyone agreed. The Nova Scotia Young Progressive Conservatives, for one, retorted with a rousing, if similarly reasonable, ideas-based Facebook post, sticking up for Canada Day and Canada 150, and arguing the student union should “prioritize advocating for student issues, not attacking Canada.”

And so it began.

There is nothing novel about these ongoing, never-done debates over the proper role for university student governments: should they stick to the knitting of some narrowly circumscribed definition of “student issues,” or can they see themselves as legitimate players in the larger political debates of the day?

When I was a university student in the long-gone-and-occasionally-missed days before social media (before devices even!), we argued hotly over whether the Vietnam War or the October Crisis were fit subjects for student politicians to pronounce upon. If they dared, the Young Tories of their day were equally quick to engage. Debates were had, insults exchanged and, eventually, the world went on.

Much has changed since my student days, not the least of which is the ubiquity of social media, which can turn a local spat into an international incident with a few viral Tweets or Facebook posts.

To complicate matters, universities have carved out new and ever larger roles for themselves as the self-appointed keepers of campus safe spaces and definers of the limits of what is acceptable speech, roles for which they are ill-suited.

University codes of conduct, which generically prohibit “unwelcome or persistent conduct that the student knows, or ought to know, would cause another person to feel demeaned, intimidated or harassed,” will inevitably smack up against the academy’s ultimately more fundamental role as protector of free speech and encourager of vigorous debate.

Dalhousie University’s administration could have sidestepped this latest mess of their own creation by simply staying the hell out of a fight in which they do not belong. If the Young Tories or Michael Smith, the graduate student and teaching assistant in history who launched the official complaint about Khan’s subsequent Facebook post, wanted to whine to anyone, it should have been to their elected student council, of which Khan is a member and which was responsible for passing the motion in the first place.

Better, they could have continued to engage in the debate as adults.

There is no question Khan’s own since deleted response to the YPC’s post — “At this point, fuck you all. Be proud of this country? For what, over 400 years of genocide?” — seemed purposely designed to inflame and escalate.

So be it. That occasionally happens in debates over matters that matter. It’s called freedom of speech.

But if the hashtags she used to end her post — #unlearn150, #whitefragilitycankissmyass and #yourwhitetearsarentsacredthislandis — had been directed at Muslims or blacks instead, I have no doubt many of the same fair-weather free speechers who rallied to Khan’s defence under the guise of her right to speak without fetters would have been calling even more loudly for her firing or resignation, and demanding the university assume its in loco parentis duties and censure, as well as censor her.

Consider the 20 Dalhousie law professors who last week published an open letter in response to the Khan  case about the “university’s role in protecting political expression… The same values of truth, democracy, equality, and individual fulfillment which underpin [Canada’s constitutional] legal commitment to the protection of political speech inform the core mandate of universities, including Dalhousie University,” they wrote in an impassioned endorsement of free speech. “Indeed, it is difficult to imagine a context in which it is more critical to ensure that unpopular ideas, political perspectives, and contestation of dominant social, cultural and legal practices and norms are encouraged.”

My question is whether they would have been as quick, or as forceful in defending the freedom of speech of, say, white supremacists, or anti-abortionists, or climate change deniers, all of whom would also seem — rightly — to be purveyors of  “unpopular ideas, political perspectives, and contestation of dominant social, cultural and legal practices and norms” on university campuses these days.

Or does their support for freedom of speech come with the limiting asterisk noted in their letter: “speech which challenges us as a community to reflect upon our roles in colonialism, oppression of marginalized communities, and systemic racism.”

That’s the problem with freedom of speech. It isn’t freedom if it isn’t free. Without asterisks.