You are here: Home / Featured / Mass Casualty Commission’s recommendations will not be binding on government 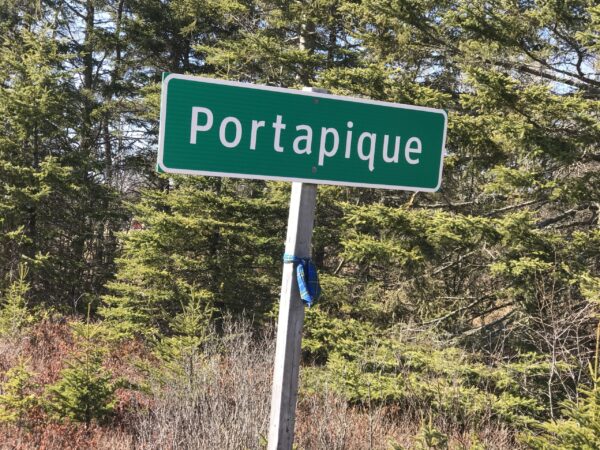 In the two months following the Nova Scotia mass murders of April 18/19, 2020, then Premier Stephen McNeil and Attorney General Mark Furey were under intense pressure to call an inquiry.

After rejecting a previously announced federal-provincial “review” — a procedure that lacked power to compel witnesses to testify — families of victims and their many supporters fought tirelessly for a public inquiry. Sniffing the wind, the province chose not to use Nova Scotia’s Public Inquiries Act, insisting it needed Ottawa as a partner in a full inquiry.

“We want a joint commitment from both levels of government. We need the national government there,” McNeil said on June 4, 2020. Continuing his response to a question from Global TV’s Elizabeth McSheffrey, he went on to say’

The process needs to be able to compel witnesses to come forward and it needs to have binding recommendations. For us, there needs to be a way for families’ voices to be heard, that families get the answers they are looking for… and it is imperative in our view that the national government be a joint participant. We need them at the table leading this. [emphasis added]

The massacre, which began on a quiet rural shore and continued through several communities, raised many serious questions. What did the RCMP know or not know about the killer’s previous violent behaviour? His illegally obtained guns? His obsession with collecting police cars? Why did the RCMP not contact other police forces in northern Nova Scotia during the 13-hour manhunt? Why weren’t citizens not properly alerted by either the RCMP or the provincial Emergency Measures Organization to lock their doors and stay inside?

On July 28, 2020, Ottawa and Nova Scotia announced a joint public inquiry known as the Mass Casualty Commission. Recommendations will be made by the three commissioners in November of 2022. As noted above, former Premier McNeil stated the public inquiry would have the authority to make binding recommendations.

But it turns out there will be nothing to bind governments to act on the inquiry’s recommendations regarding government agencies such as the RCMP, Canada Border Services, and the Canada Firearms Agency.

The Mass Casualty Commission’s Director of Investigations and former Toronto deputy police chief, Barbara McLean, delivered that message to family members of the killer’s victims and the two reporters who attended last week’s Open House in Debert (one of four held in different communities) to ask questions of commission staff.

“When we produce our final report next November, it will be filled with recommendations that will be a pathway to better public safety. But they are just that — they are recommendations,” said McLean. “They are not binding. So it will be community members and community leaders that become those agents for change.”

McLean went on to explain neither the federal nor provincial Public Inquiry Acts empower the recommendations from commissions to be binding. The mandate given to the Mass Casualty Commission is contained in Orders-in-Council. The documents direct the commissioners, “to set out lessons learned as well as recommendations that could help prevent and respond to similar incidents in the future.” The word “binding” appears nowhere.

According to Dalhousie Law School professor Archie Kaiser, that’s standard procedure for all public inquiries. It was the same for memorable federal-provincial inquiries held in in Nova Scotia that examined the Westray mining disaster and the miscarriage of justice in Donald Marshall’s case. Other examples include the Krever inquiry into tainted blood, or the more recent Truth and Reconciliation Commission.

“If recommendations were binding, this would mean that government would essentially be delegating lawmaking and budgetary authority to the inquiry,” explains Kaiser. “The inquiry itself has no further power after it discharges its responsibilities under the terms of reference. Making it mandatory that its recommendations be adopted would entail this ‘institutional ghost’ to continue to direct and guide law and public policy and public spending. In a democracy, despite the legitimacy accorded to public inquiries, this would be unacceptable.”

But what of the families of victims who advocated for a public inquiry with the power to compel witnesses to testify? Will they be upset to hear final recommendations from this Commission have no legal teeth?

Although their recommendations are not binding, the independence of an inquiry and its public proceedings and decisions mean that there is a very high level of expectation that its factual findings and recommendations will be accepted and implemented by government. There would be public uproar if the findings and recommendations of an inquiry are completely ignored… and ongoing media attention is absolutely essential. This enables the voices of members of the public who have been adversely affected by the events spawning an inquiry to be heard. It ensures that politicians continue to be answerable for gaps and weaknesses in the law, policy and services…at the very least, one would expect regular report cards from governments to demonstrate a high level of deference and adoption.

The Halifax Examiner reached out to both levels of government for comment about the non-binding nature of recommendations.

“Although Public inquiry recommendations are not binding, the Government will be considering them,” replied Magali Deussing, spokesperson for Public Safety Canada. “The governments of Canada and Nova Scotia established a comprehensive joint public inquiry in response to the April 2020 tragedy to help determine what happened and make recommendations to help prevent similar tragic events in the future.”

Heather Fairbairn, media advisor to the Nova Scotia Attorney General told the Examiner, “Both levels of Government will fully consider the recommendations and implement changes needed to help prevent similar events from happening again. As part of the announcement in July, the question about binding recommendations was asked and it was stated that recommendations coming out of public inquiries and/or reviews across the country are traditionally non-binding.”

Despite that, Kaiser notes the legacy of several high-profile inquiries, such as the federal Truth and Reconciliation Commission, the Donald Marshall Jr. Royal Commission, and the Westray Mine Public Inquiry. “None of these inquiries had the power to make binding recommendations,” said Kaiser, “but there is absolutely no doubt they have continued to have vigorous and positive impacts on public life, including powerful effects on judicial decisions and the legislative agenda.”

Beginning at the end of this month in Halifax, the Mass Casualty Commission will hold public hearings to determine what happened, and the context or circumstances that led to the tragedy and the loss of 22 lives. The Commission is not permitted to assign blame the way a judge in a civil lawsuit can.

The commissioners are tasked with looking at the “role of gender-based and intimate partner violence” and “access to firearms.” The mandate also calls for examination of the killer’s “interactions with police, including any specific relationship between the perpetrator and the RCMP and between the perpetrator and social services, including mental health services,” prior to April 2020.

Some of the testimony will be given in public. But other witnesses will speak to the Commission on condition of anonymity, and their evidence will be summarized in documents before being posted online.

Section  1 (g) of the Order in Council directs the commissioners to:

(iii) not disclose publicly or in any report any “personal information” as defined in section 3 of the Privacy Act (Canada) or subsection 3(1) of the Freedom of Information and Protection of Privacy Act or “personal health information” as defined in section 3 of the Personal Health Information Act that has been received in evidence during any portion of the Joint Public Inquiry conducted in camera, unless the person to whom it relates consents or, in the opinion of the Commissioners, the public interest in the disclosure outweighs any invasion of privacy that could result from the disclosure. [emphasis added]

The Commission drew up these rules to comply with a mandate to conduct proceedings in a “trauma-informed” manner to reduce harm to survivors/witnesses such as the children of murder victims and to front-line responders such as RCMP officers and volunteer firefighters, some of whom suffer from PTSD.

Concerns have been expressed that allowing anonymity may create a slippery slope where a public inquiry becomes less “public” and all the facts may not come out. Kaiser says this is an important point and one that the Inquiry chaired by former N.S. Supreme Court Chief Justice J. Michael MacDonald will want to weigh carefully each time.

“It would be truly surprising, indeed undermining of its legitimacy,” says Kaiser, “if the Mass Casualty Commission acceded to any request for an intrusion upon the principle that the inquiry should be open and transparent without the strongest possible justification, which itself would have to be made in the public domain and subject to public scrutiny and criticism.”

Kaiser goes on to quote from the 2021 Supreme Court of Canada Sherman Case. “As the Supreme Court has said, (albeit in the setting of judicial proceedings), anyone asking for ‘a sealing order, a publication ban, an order excluding the public from a hearing, or redaction order’ would have a very high burden to demonstrate that openness presents a serious risk to a competing interest of public importance. The applicant looking for suppression would have to demonstrate that any secrecy order was ‘necessary to prevent’ some harm…”

One cannot overstate the public’s expectation of clarity — and consequences — regarding the actions (or inaction) of government agencies before, during, and after the 2020 massacre. Institutional hierarchies will have their national reputations on the line and there are hopes testimony given under oath will cut through the murky circumstances and expose failures to protect so many innocent people.

But as Kaiser notes, once the commissioners deliver their non-binding recommendations to the governments of Nova Scotia and Canada, it will become the responsibility of citizens and journalists to keep elected officials focused on doing what it takes “to prevent or respond to any similar tragedy that may occur.”