You are here: Home / Commentary / Mask, mask, who’s got the mask? And other global games from the coronavirus killing fields. 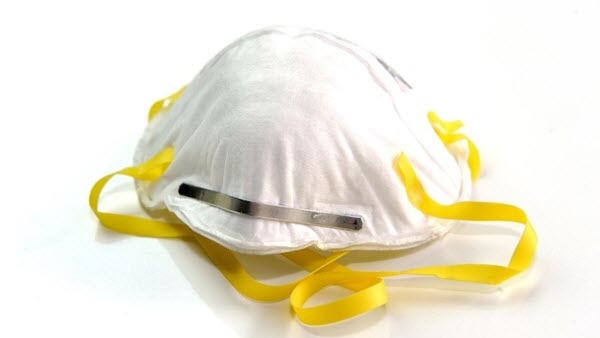 On Friday, five unions representing workers on the coughing, spewing, life-threatened front lines of our province’s particular finger in the dike of the global coronavirus outbreak, called on the Nova Scotia government to agree to the same protections Alberta is now providing its frontline healthcare workers. There, if a worker decides, “on reasonable grounds,” that she or he needs to use a mask, the unions said, that request won’t be “unreasonably denied by their employer.”

“We’re aware of the position of the unions on masks,” a careful Dr. Robert Strang, the province’s chief medical officer of health, told reporters Thursday. “We are putting that information in front of our infection control experts and getting their opinion as to validity of what the healthcare unions are asking for.”

The problem, of course, is that, even if those experts determine wearing N95 respirator masks makes the best sense for healthcare workers — and there is some legitimate scientific disagreement about what protections are needed in what situations for which healthcare workers — we may not be able to get enough masks anyway.

That’s because we’re at the tail-wagged end of a worldwide shortage of masks.

And that’s because almost no one in charge of our modern, sophisticated just-in-time, ready-as-needed, don’t-worry-be-happy global supply chains paid attention to the worst-case scenarios that were, in fact, being gamed out with frightening accuracy for years in private think tanks and in the far forgotten corners of government bureaucracies.

Now those supply chains have been frayed and fractured by the unprecedented pressures of the current crisis.

Countries are competing with one another for scarce supplies. But worse. More powerful countries are using their power to strongarm less powerful but equally needy ones.

According to media reports, for example, the United States last week paid “three or four times” the rate France had already agreed to pay in order to snatch a planeload of Chinese-made masks from an airport tarmac in Shanghai and send them to the US to protect American faces. (The French apparently then turned around and pulled the same smash-and-garb on some of its own smaller and less powerful neighbours.)

Meanwhile, Germany has claimed US officials “confiscated” a bought-and-paid-for consignment of 200,000 3M face masks destined for Berlin police while the plane carrying them was on a stopover in Bangkok, Thailand.

3M says it knows nothing about that shipment.

But 3M certainly does know all about the full force of the wrath of Donald Trump. Last week, the Bully in Chief ordered 3M — a supposedly global company with “corporate operations in 70 countries and sales in 200,” but still, of course, headquartered in and therefore beholden to the US government — to take 10 million masks the company was already making for needy Asian markets and send them to the United States instead. Let Asians die.

And, of course, as we now know from the Tweeter-in-Chief, he has also invoked the 1950s Defense Production Act to force 3M to stop exporting masks to traditional buyers in Latin America and Canada.

Despite protests from our prime minister and pleas from 3M itself that halting exports would create “significant humanitarian implications” in countries where 3M is “a critical supplier of respirators,” and could lead to retaliation, Donald Trump is unlikely to be moved by anyone who can’t vote for him in 2020.

Which means… well, that — even though the government is desperately sourcing personal protective equipment elsewhere while ramping up emergency production here — our frontline workers may not get the protections they need when they need them.

Welcome to the COVID-19 wild, wild west. Welcome to transnational economic globalism meets Trumpian political nationalism. Welcome to our post-COVID Job 1 — rethinking the way we’ve thought about the world for the last 50 years. Welcome to tomorrow. Welcome to today.

COVID-19 may be a global pandemic, but it is being fought locally and in a piecemeal fashion. And that is a problem for all of us.

Cities, provinces, states, companies, countries (more than 180 national health authorities) are all setting their own rules — and sometimes no rules — to contain and tame a disease with no cure, and an epidemic that respects no borders.

While Canada has generally been well served by our rise-to-the-occasion politicians and the many health and science bureaucrats who’ve rightly become daily-briefing media stars, the reality is that they — and we — are stuck in a world with the likes of made-up-reality Donald “Make-America-Mean-Again” Trump and reality-denying Brazilian president Jair “It’s-all-a-media-trick” Bolsanaro.

While we were following our premier’s “Stay the blazes home” order, “defiant Christian megachurches” in at least five US states were busy planning Sunday’s Palm Sunday spew-fests “because the commandment of God is to spread the gospel…” along with the virus. Some populous US states, including Texas, Michigan, New Mexico, Delaware, West Virginia, Ohio, and Florida, have even officially exempted churches from stay-at-home orders. Oh, God…

Ironically, on Tuesday, April 7, we will celebrate World Health Day, which marks the official anniversary of the beginning of the World Health Organization. Back in the heady post-war days of internationalism, WHO was envisioned as “the directing and coordinating authority on international health within the United Nations system.”

In a better world, WHO would be leading the global response to this pandemic. Instead, it has been relegated, in the words of one critic, to score-keeping the spread of coronavirus. WHO was even late to the let’s-call-this-the-pandemic-it-is party.

That’s one of the many failures we need to correct before we are called on to respond to the next pandemic. And we will.

As John Feffer, the director of Foreign Policy In Focus, puts it,  “COVID-19 is a near-death experience for the human race. Just as individuals often react to such experiences by transforming their lives, the current crisis should force a re-evaluation of the status quo. Anything less will be just a temporary stay of execution.”

On Friday, the Examiner published nine original articles — the most ever in one day — on the coronavirus outbreak. The Examiner is making all its COVID-19 coverage free as a public service. But it’s not free to produce. If you can, please subscribe.