You are here: Home / Commentary / Man Up: Men must speak out against sexual assault

The young man who, in 2011, reputedly gave a thumbs up sign while sodomizing an inebriated Rehteah Parsons has gone on with his life. Ditto the fellow who took a photo of the assault that was then circulated online and unleashed a barrage of “slut-shaming” attacks against the once cheery Dartmouth teenager. 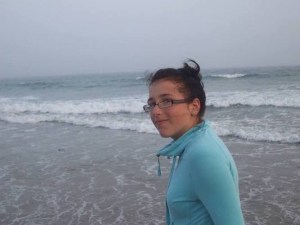 No longer able to withstand the humiliation, Parsons attempted suicide by hanging. A few days later, she was removed from life support and died, in April 2013, at age 17. The general public does not know the names of the men whose actions led to Parsons’ death.

In the absence of evidence to the contrary, I’m left to assume that members of the so-called “Gentlemen’s Club 2015” at the Dalhousie School of Dentistry are now practicing dentists. The racist, sexist, and homophobic comments the men are alleged to have posted on a private Facebook page included a list of female classmates upon whom they wished to exact “hate sex.”

The general public does not know the names of the Dal Dental school students who attended “Restorative Justice” sessions in response to the scandal. In a 2014 article in the Globe and Mail, Peter Doig, then president of the Canadian Dental Association, set the base annual salary of a dentist in Canada at $140,000. 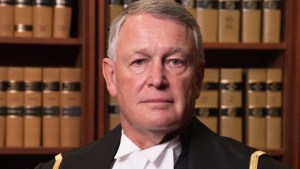 A federal judge in Calgary is poised for removal from the bench following statements he made during a 2014 sexual assault trial. Court transcripts reveal that the judge questioned the female complainant  — “Why couldn’t you just keep your legs together?” and, in an apparent educational aside, told her that  “pain and sex sometimes go together.”

The judge’s name is Robin Camp and he continues to fight for his “reputation” and his job. The average annual salary of a federal court judge is about $309,000, notes the Commissioner for Federal Judicial Affairs Canada.

In 2014, a Halifax man was convicted of sexual assault. The complainant alleged that at the time of the 2011 incident, she was blacked out at her home and did not recall giving consent to the accused. In court testimony, the defendant declared “consensual” the sex that he’d had with the complainant.

The conviction of the accused (and his three year prison sentence) was overturned on appeal and a new trial ordered. The complainant decided she did not wish to endure another trial, so the order was vacated. The defendant’s name is Lyle Howe. 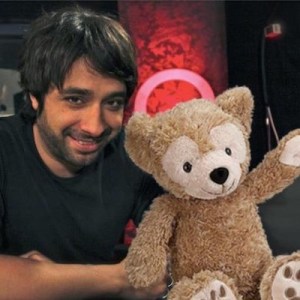 Last March, Ontario judge William B. Horkins found a Toronto man not guilty of sexual assault charges related to his alleged activities with three different female complainants. The defendant’s name is Jian Ghomeshi. The average annual salary of an Ontario judge is about $244,000, notes a 2016 article in the Vancouver Sun.

In a blanket dismissal of formal complaints lodged by nearly two dozen indigenous women and seven native men, Quebec prosecutors declined, last November, to file a single charge against provincial police for alleged incidents of sexual violence and excessive force in the community of Val-d’or. The accused 28 police officers remain on the job.

Last month, a jury acquitted a Royal Newfoundland constable of raping an intoxicated woman he’d agreed to transport home in his police cruiser. On duty and in uniform at the time of the 2014 incident, the officer declared “consensual” the sexual activity that took place at the woman’s residence.

The complainant testified that she could not remember much about the evening and that she “came to while the constable was having sex with her.” Teary-eyed during his testimony, the officer acknowledged that he had “disrespected both his wife and the RNC.” His name is Carl Douglas (Doug) Snelgrove. 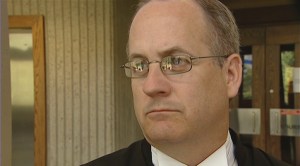 Noting that “Clearly, a drunk can consent,” Halifax judge Gregory Lenehan last week acquitted taxi driver Bassam Al-Rawi of sexually assaulting an unconscious and partially clothed woman that a Halifax police officer found in his cab. The specifics of the incident and Lenehan’s decision have been widely reported.

The average annual salary of a Nova Scotia judge is about $231,000, noted CBC reporter Blair Rhodes in an article, last month.

The Lenehan verdict has re-ignited a firestorm of criticism about the ongoing (mis)handling of sexual assault cases in Canada. As for a protest march and rally slated for this afternoon in downtown Halifax, here’s a news flash: Rape will cease when rapists stop raping.

Furthermore, it’s long past time for men who don’t rape to start confronting men who do. Same deal for judges like Lenehan who, in their ludicrous sexual assault decisions, enable defendants like Bassam Al-Rawi to ease on down the road.

And here’s a message for folks ready to chime in with statistically irrelevant chatter about “women who commit sexual assault”: Feel free to talk amongst yourselves.

While it’s vital for women’s voices to be heard, I’m tired of listening to women (mainly) lament the rise of rape culture, the proliferation of pornography, the everyday hate, bias, violence, and disrespect we suffer at home, on the job, in the streets, in Parliament, in cabs, in alleged courts of law.

I’m ready for men to start calling they brethren on THEY SHIT. Out loud. In public. Under bylined articles. At rallies. At demonstrations. At protest marches. On radio and television broadcasts.

You say you don’t want to “appropriate” women’s space. You claim that the Lenehan decision and the avalanche of news reports about Rehteah Parsons, the Dal Gentlemen’s Club, Judge Camp, Jian Ghomeshi, Lyle Howe, Val d-‘or, the Newfoundland constable, “unfounded” rape files, etc., has rendered you speechless. (Don’t think about how women feel.)

Here’s an action plan: Phone or email your local radio or television station.

Say this: “I’m a man. And I know that most rapists are men (among them once venerated Catholic priests). I’m not a rapist. But I’m a man and I’d like to be a guest on your show and add my voice to the conversation.”

Step lively when your message is returned.

Here’s some encouragement: Long-standing rumours about “America’s Favourite Dad” garnered zero traction until October 2014 when comic Hannibal Buress stepped onto a Philadelphia stage. Upset by Bill Cosby’s full frontal attack on “poor” blacks (“Names like Shaniqua, Shalingua, Mohammed … and all of them are in jail”), Buress manned-up and said:

“Yeah, but you rape women, Bill Cosby, so turn the crazy down a couple notches!” 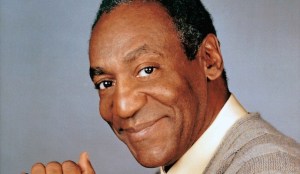 By coincidence, a local journalist named Dan McQuade was in the audience and recorded Buress on his cellphone. As Mark Seal tells it in a superb investigative piece on Cosby (Vanity Fair, August 2016), McQuade later uploaded “a blurry, one-minute-and-40 second video clip” of Buress onto the internet.

As of this writing, more than 50 women, including Toronto resident Andrea Constand have accused Cosby of sexual improprieties. The former Jello pudding pitchman and sitcom celebrity (estimated net worth $400 million) is reportedly facing three counts of aggravated indecent assault, each of which carry a prison sentence of up to 10 years.

The Cosby case is set for trial, in Pennsylvania, no later than June 5, 2017.

And yes, it’s infuriating that criminal justice officials effectively dismissed or dissuaded Cosby’s accusers from taking legal action until Buress and McQuade came on the scene. But there you have it.

In the meantime (and I do mean MEAN), here’s hoping that more men take one for the team.