You are here: Home / Featured / Man dies in custody at the East Coast Forensic Hospital 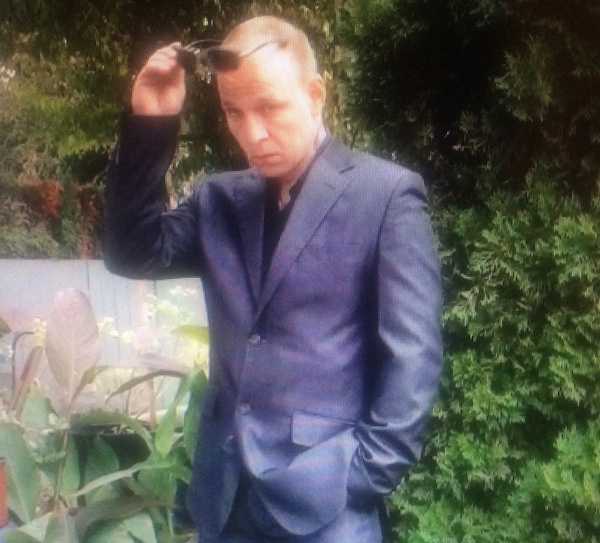 On Tuesday, August 20th, Sheila Hiles spoke with her son Gregory for over an hour until around 10pm, when the East Coast Forensic Hospital locks up for the night. Nothing, she says, was out of the ordinary. Greg talked about plans he was making for the future, and discussed a recent meeting with his treatment team. They talked about his children and how he was excited to get his oldest son a cell phone. They joked and chatted like usual.

“There was no indication he was depressed,” she tells me. “It was all things he was looking forward to.”

At around 4:30am on Wednesday morning, the police knocked on her door. They told her that Greg had hanged himself with his sheets.

For the past week, while Greg lay in a hospital bed on life support, Sheila has been haunted by questions. She tried over and over to call the East Coast Forensic Hospital. Nobody would speak to her. Nobody from Greg’s treatment team has contacted Sheila. The last time she called, they gave her a number to contact. When she called, there was an automated voice. She hung up.

“I just want answers,” Sheila tells me. “My poor boy. I just want to know what happened.”

Greg was admitted to the East Coast Forensic Hospital in November. He was living with schizophrenia. Greg had in the past spent long periods of time in solitary confinement when he was incarcerated, for a 2000 manslaughter conviction.

Greg’s sister passed in July, and Sheila says that Greg stopped taking his medication. His family tried to help. Greg went missing one night suffering from paranoia, believing people were after him. My understanding is that in the early hours, Greg showed up on the someone’s doorstep barefoot and bloody, knocked on the door and said he was robbed. Police were called. What happened that night isn’t completely clear, but that episode led to Greg being found Not Criminally Responsible, and led to him being admitted to the Hospital for evaluation and treatment.

Sheila wants to know why, if Greg was suicidal, the Hospital wasn’t monitoring him. She wants to know how his treatment team could be unaware of any problems. Did they walk by that night? Did they see anything wrong? How often were they checking on the patients?

And beyond that, she wonders about the hospital’s account of what happened. Unable to reach any of Greg’s treatment team, led by Dr. Aileen Brunet, she called the patient line where she was used to speaking to Greg. She says a patient who answered told her that Greg was on the phone that night and that when the call ended, they sat and chatted for a while, and then Greg gave him an apple and went to bed. He says he heard screaming around 12:30am, and he believed it was coming from Greg’s room.

Sheila doesn’t know what to make of this account, but she knows that she needs answers.

In Nova Scotia, when someone dies in custody, there is no requirement for the province to conduct an inquiry. Now, grieving her son, Sheila and the rest of Greg’s family will have to fight for a coroner’s inquest. The East Coast Forensic Hospital is overseen by the Nova Scotia Health Authority, and Sheila wants to know if the province will answer any of the questions she has.

In the past week, she worries about the evidence, whether the cameras saw anything, whether the evidence will disappear. It’s a valid concern: in the recent case of Matthew Hines, who died in Dorchester Penitentiary after being pepper sprayed repeatedly in the shower by correctional staff, his family was told he died of a seizure. It took over a year for his family to find out the truth.

Greg Hiles was one of four patients who challenged the East Coast Forensic Hospital in a habeas corpus application in June. Hiles and three other patients were accused of running a “drug trafficking ring” into the facility. They were moved from the rehab unit to the more restrictive MIOU (Mentally Ill Offender Unit) and lost privileges such as visits with family, passes to the community, and recreation time and programming. The patients represented themselves in court.

The Hospital proposed to place the four patients in a locked dayroom separate from the other patients in the facility, a move they conceded had never been done before.

The four patients challenged the hospital’s lack of evidence and due process. In her decision, issued July 5, Justice Ann Smith had strong words for the facility:

Had this court determined to exercise habeas corpus jurisdiction, I would have concluded that the decision to transfer the Applicants to the MIOU was unreasonable and unlawful because the decision-making process was procedurally unfair, being based almost entirely on the unverified report of a co-patient. The transfer decision clearly was not made for clinical reasons. This Court recognizes that decisions made by a facility such as ECFH must be afforded significant deference. The hospital’s decision-makers must manage a vulnerable patient population in circumstances that can be volatile. There are legitimate concerns relating to staff and patient safety and health. However, the decision to transfer the Applicants to the MIOU significantly affected their residual liberty rights. As such, each Applicant was entitled to have some procedure that verified the evidence against him…

Despite Smith’s concerns, Hiles and the other patients, his mother says, were kept in restrictive conditions. In their last phone call, he told her he had seen Dr. Brunet and asked her what the plan was. “She said there is no plan,” Sheila recounts.

In Hiles’ evidence to the court in that hearing, he spoke about the impact that  being denied open visits with his mother and young children was having on him. “I’m not an inmate, I’m a patient,” he told the court. “Our families are suffering,” he added, describing being required to visit with his children behind glass.

I spoke to Hiles when I was covering that story. He described to me what it was like to be in the Forensics Hospital on the MIOU unit:

There are no programs. We just sit around and sleep. Walk around in circles. That’s all we can do is just walk around this little hallway. They don’t let us go outside.

It’s like a jail. Worse than a jail. In jail you can have privileges. Here you can’t have any privileges. They don’t let us do anything or go anywhere. We’re just stuck here.

They’re not listening to the patients. They just do what they want because they know that they can.

The habeas application by the four patients raised questions about treatment in the hospital. Greg and his fellow patients, fighting without a lawyer, put onto the court record testimony about the conditions in the hospital, and their concerns about patient rights.

Now, two months later, Greg is gone and his family does not know why. They know that the same people Greg challenged are now responsible for giving them answers.

At 10:30am this morning, August 27, Greg’s organs were donated. His heart, his mother told me, is beating inside someone else now.

And for Sheila, for Greg’s children, for his family members, while they are grieving and in shock they have to try to fight the province and the Health Authority to find out what happened and to get justice.

Surely the province owes Greg’s family answers. Without a public inquiry into this death while he was in the custody of the Hospital, his family may never know what went wrong, and who is accountable. The last inquiry in this province was the 2010 inquiry into the death of Howard Hyde in 2007, who also lived with mental illness and died in custody.

At the end of my call with Greg in June, he told me of his dreams for the future:

I’ve made a change in myself and I want to help others to help themselves.

This post was updated to include Hile’s 2000 manslaughter conviction.