You are here: Home / Featured / Mali

Cover photo: Vegetable sellers like Ma Coulibaly in the Medina Market in Bamako depend on daily sales for their livelihoods. Photo Joan Baxter

The first in the “Living through the coronavirus crisis: stories from the African continent” series comes from Mali in West Africa, with input from Oumou Nomoko, a young woman who lives in Bamako, the Malian capital. I met Oumou’s parents when I lived there, and met Oumou after she came to Canada to study. She is now back home in Mali. 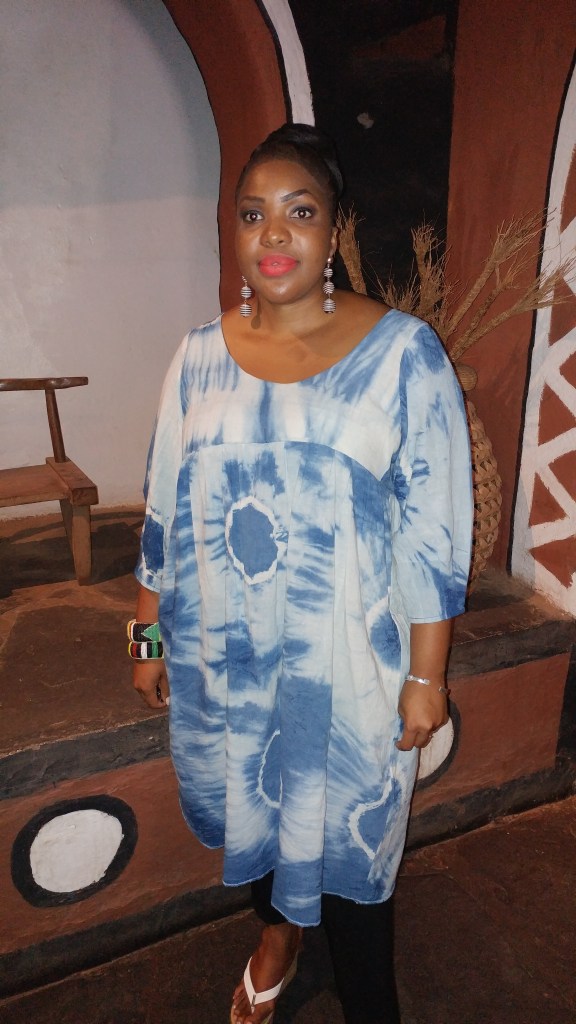 Oumou Nomoko at launch of her book in Bamako, Mali. Contributed

The people of Mali are no strangers to crisis, as Oumou reminds me a few minutes into our Whatsapp conversation about how she and the people around her are dealing with the COVID-19 crisis. (As of this writing, the Wikipedia COVID-19 tracker reports that there have been 105 cases and nine deaths from COVID-19 in Mali).

When my family lived in Mali from 1997 to 2003, despite the perennial problems of drought and land degradation as the Sahara Desert expands southward, the country was incredibly safe, open, and peaceful, considered a beacon of democracy in the region.

But since 2012, Mali has been plagued by violence and insecurity. It began with terrorist attacks in the desert north when armed groups moved back into the country from Libya after the overthrow and killing of its leader Muammar Gaddafi, and then regrouped as jihadist groups to launch a rebellion against the central government in Bamako, which led to a military coup d’état and more turmoil.

Since then, in spite of French military intervention and United Nations peacekeeping in which more than 200 Canadians participated for a year, the insecurity has continued to escalate and move south, devolving into deadly and horrific inter-ethnic massacres.

In the last few years, there have been attacks and a deadly bombing in the capital, Bamako, where Oumou is from and where she now lives.

So, as she says to me, Malians have a certain “resilience” when it comes to facing crises, and “they have their faith that allows them to withstand a lot.” Mali is 95% Muslim.

Still, Oumou says, the coronavirus is making things even more difficult than usual in Mali, which because of the insecurity now ranks near the bottom of the 2019 United Nations Human Development Index, 185th of 189 countries.

She says COVID-19 has already had an enormous impact on the economy, and people who at even normal times have precious little money now have even less.

On March 25 the Malian government announced the first two cases of COVID-19, both of which were people who had arrived from France. The government immediately imposed a curfew from 9pm until 5am, during which police impose fines on anyone found outside. It also shut schools and the country’s borders, and ended all flights into and out of the country, except for cargo.

On April 7, the government passed another decree valid until June 30, which stipulates that markets, where most people shop daily for vegetables, fruit, meat, and also livestock, can be open between 6am and 4pm; supermarkets from 8am until 7pm.

But, as Oumou tells me, expecting Malians to stay indoors and keep a safe distance from each other is just not realistic.

“How can you possibly stay at home when you live from one day to the next, hand-to-mouth?” she asks. “If I have to go out to struggle to earn my daily bread today so I can feed my family tomorrow, what am I supposed to do?”

Oumou is not one of the most vulnerable. She is the author of an acclaimed book on African cuisine, and is currently studying for her doctorate, teaching a university course in finance, and running her own consulting company in Mali. She can do all of this from the family home in Bamako.

But she says her thoughts are with the vast majority of people in her country, who are extremely vulnerable — large families sharing very small and simple homes in crowded neighbourhoods without amenities such as running water and power, who cannot work at home. She is also concerned about rural families whose survival depends on subsistence farming that precludes physical distancing.

The measures the government is taking, she says, are better than nothing and may reduce the risks of the coronavirus, but certainly can’t reduce them to zero:

When people are already struggling to survive, we need a solution that works here, like getting help from a neighbour, or a friend of a brother, or anyone. The government is asking that everyone stay at home, but really, can that be respected? In any case, the markets are still open.

She can’t imagine that the curfew and other measures imposed by the government can or will be respected in rural areas, where villagers still live very traditional lives. Nor can she imagine everyone obeying orders not to gather for a funeral, if that is for a parent who died of COVID-19.

Asking people to isolate themselves is something completely new and culturally alien, Oumou says, and while it may be possible to adjust lifestyles in the capital Bamako, she doesn’t believe it will happen in more traditional places — remote villages and towns such as Segou or Timbuktu. 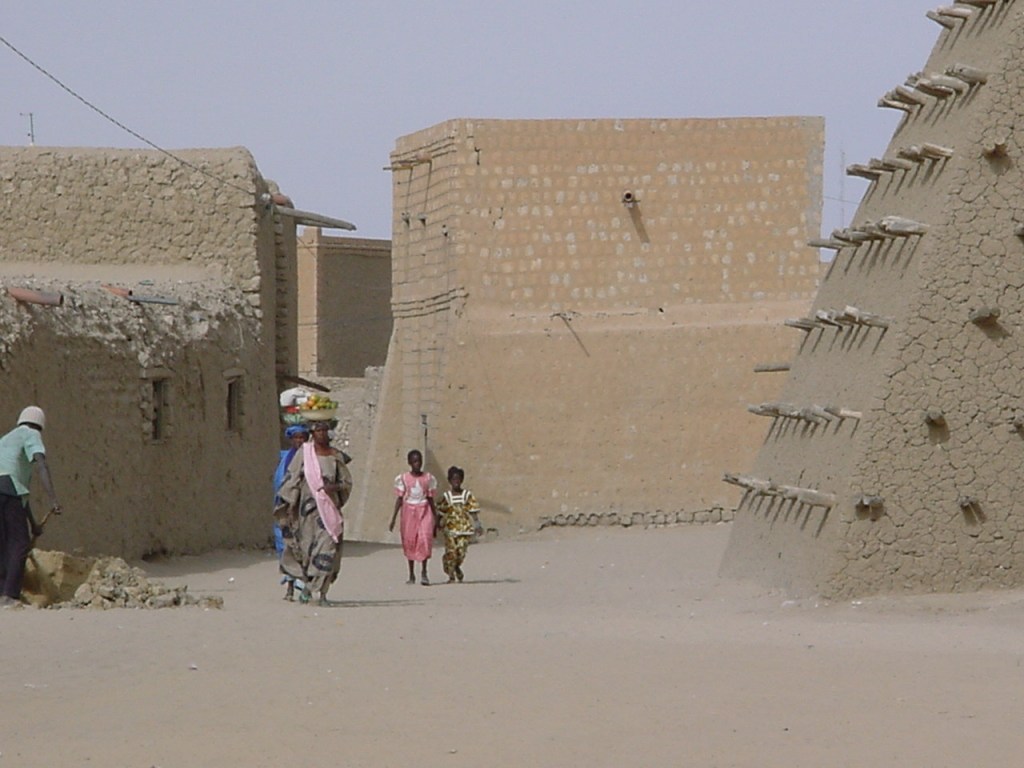 Imposing strict measures to control the coronavirus in places like Timbuktu, Mali, may be difficult. Photo: Joan Baxter

Oumou is well-placed to recognize the differences between the situation and context in her native Mali, and in Canada, where she studied and lived for several years. Before she went back to Bamako in December 2018, she was general director of a community organization that works to fight poverty in Montreal, working with marginalized and homeless people and feeding nearly 100 every day.

On her last visit to Nova Scotia in the summer of 2018, Oumou told me how difficult it was for some of her Malian family and friends to believe that there even was poverty in a rich country like Canada, because they thought “everything is roses here.” 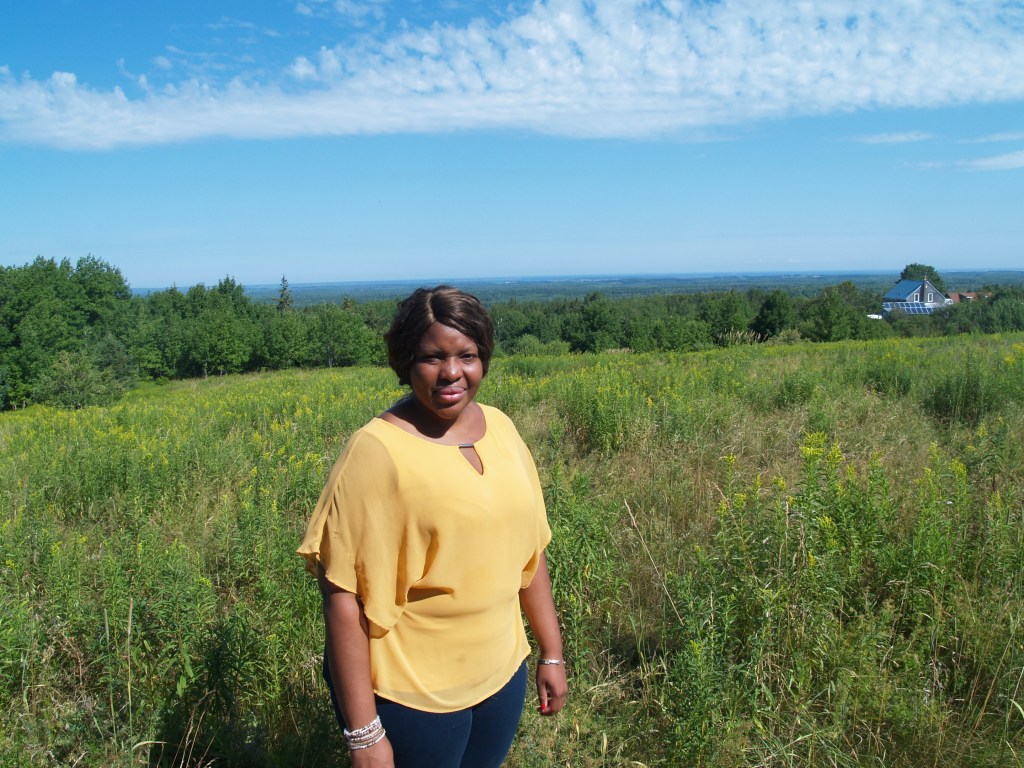 She also remarked on the stereotypes that abound in Canada about African countries like hers, which mistakenly equate monetary and material poverty with despair and misery:

You know, at home, there is happiness … in most African countries, religion is part of our identity, and in religion there is this hope, this belief, that allows us to believe there will always be a day better than today…There is an expression we use a lot, “Ca va aller” [Things will be okay]. In fact, it’s this hope that gives people an incredible strength. The strength that comes from believing in a superior being, who can contribute to improve their life conditions tomorrow. And that permits people to maintain a smile, in spite of anything.

Oumou also spoke with me at length about what she called the social and cultural wealth of her country, the sense of community and sharing that makes self-isolation or physical distancing to prevent the spread of COVID-19 almost impossible.

She told me she had never experienced loneliness or isolation before moving to Canada, where, she said, she “fell into loneliness beyond words”:

I had so much nostalgia for the family life, community life … I was used to being surrounded by people all the time. If you were eating, someone would show up and you would get out a plate to offer food and eat together. There, you don’t need to notify someone you are coming. It is a life with the community; we live with others.

In Mali there is a saying that says, “Loneliness is not good for anyone.” Loneliness even kills animals. If you take an animal and isolate it from its troop, it will die alone. Human beings need to live together; we are not made for living alone. It is true that in our community, the way we live, there isn’t a place for one person…

For these reasons, Oumou tells me she can’t see the measures that have been imposed in Canada working very well in the Malian context.

Although Malians are aware of the risks of COVID-19 and would like to wear masks to protect themselves, she says “a mask is a luxury for someone without any money.” There are local initiatives by tailors to make masks out of local cotton cloth, but on a very small scale.

I asked Oumou how she thought Malians were going to cope as the number of COVID-19 cases rises, and the already woefully inadequate and weak healthcare system is overwhelmed. Her reply:

It’s our faith that allows us to hold up, and to avoid panicking, to believe that tomorrow will be better. That is how we can avoid falling into despair and fatalism, and to stay positive, optimistic, no matter what.

(Next in the series: Burkina Faso in the time of COVID-19: Armand Bayala.)