You are here: Home / Featured / Male violence: “A pandemic in its own right”

Not long after Sunday’s mass killings, signs started emerging that the tragedy may have started with an act of domestic violence. Those who knew the killer said he was jealous and had a complicated relationship with his girlfriend.

On Friday, RCMP confirmed that a woman the killer had been in a relationship with was either the first or among the first victims. She survived and managed to flee into the woods where she stayed for the night.

On Friday, the Transition House Association of Nova Scotia (THANS), which represents 10 transition houses and domestic violence organizations across the province, shared a statement about the mass killings, saying it was “saddened but in no way shocked” about the killings, calling the murders “an extreme and actualized version of the male rage and aggression targeting those who are supposed to be the closest to them.”

We must not dilute this problem by speaking of a single act of rage but rather recognize that male violence is part of a bigger social problem of entitlement and toxic masculinity. We need to recognize the underlying attitudes and beliefs that tolerate and normalize smaller acts of violence against women and perpetuate an environment that leads to deadly outcomes.

We must not dismiss the root causes of this horrific problem if we wish to prevent future tragedies like this. The male violence inflicted upon women and their children every day is a pandemic in its own right. The violence is not exclusive to the woman: it can include threats against children, the woman’s extended family, friends, neighbours, pets and often last for years, even after the relationship has ended. Violence against women takes place in quiet rural communities as well as large cities. It does not respect age, wealth or occupation.

Also Friday, Feminists Fighting Femicide sent out a letter signed by Pam Rubin, Lucille Harper, Tara Reddick, Linda MacDonald, Jeanne Sarson, Bernadette MacDonald, and Johannah May Black, demanding clarity from the RCMP on the femicide elements of this crime and demanding an inquiry with a feminist analysis.

While not all of the victims in this mass shooting were women, all of the victims were victims of misogynist violence. We want to make it clear that misogyny — the hatred of women — affects all of us. This mass shooting, and many mass killings witnessed throughout Canada’s history are connected to white men’s privilege, showing us that this hatred brings severe harm to many. This hatred of women is ravaging our communities, our families, and our bodies. We want it to end. The first and most important step to fighting back against this hatred is to recognize it as femicide. To always speak out against femicide wherever it lurks in our society, in all our rural and larger communities. We must further recognize that femicide disproportionately impacts Indigenous and Black women, and other marginalized and vulnerable groups. We must have the courage to name misogyny and femicide and speak out against it.

For women’s organizations across the country, that this murder rampage started with domestic violence comes as no surprise. In Canada, every six days a woman is killed by her intimate partner. Other mass murders like the one that started in Portapique have started with domestic violence and/or misogyny. There was the killing of 14 women at Ecole Polytechnique in Montreal in 1989. In 2014 in Edmonton, a shooter killed eight people, starting with his wife and children. The shooter had a criminal record dating back to 1987, including arrests for domestic assault. In 2019, a man used a van to kill 10 people on streets in Toronto. Most of the victims were women. 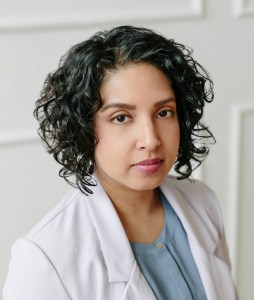 Andrea Gunraj, vice-president, public engagement with the Canadian Women’s Foundation, says domestic violence still is seen as a private issue. But she says we all have to start paying attention to these crimes and the motives behind them, including sexist attitudes toward women. “Men who are privately dangerous to women are publicly dangerous to everyone,” Gunraj says. (The foundation has a fact sheet on domestic violence here.)

Gunraj says we all can do our part to help women leave situations of domestic violence. She says the expectation is often that women in violent situations will reach out for help but it’s not always possible or safe for them to do so. Women in abusive situations are emotionally manipulated into not reaching out.

Everyone needs the right tools to help women in violent homes. Gunraj says most people simply don’t know how to help. “When we see a woman being abused, we’re scared to intervene,” she says. “The flags were there. There were signs and hints, but there was no safe way to intervene. It’s so important for us to understand there’s no substitute for a safe person, a proactive person.”

Gunraj says that means people should actively and safely reach out to women they suspect who are being abused and believe them when they say they are experiencing violence from an intimate partner. People should make themselves aware, find local resources for women, not just 911.

There are numerous programs, including THANS and those programs designed to help women who are now at home more often because of social isolation measures. The Canadian Women’s Foundation has a program called Signal for Help, a simple one-handed sign women can use in a video chat, which many are doing under social isolations measures, to ask someone for help.

There’s also Neighbours, Friends & Family, an Ontario-based program that trains people how to recognize the signs of abuse and be a support for women who want to leave abusive men.

One of the problems is that while there are many projects dedicated to addressing gender-based violence and helping women leave abusive partners, they are often underfunded. Gunraj says the foundation is calling for a national policy on gender-based violence that would start at the top levels of government with policies, practices, and funding, and filter down into municipalities and eventually into communities where the abuse begins. “There’s a role for everyone to play, so this is a huge solution,” Gunraj says.

Looking at domestic violence also means addressing the issue of male violence and male entitlement and that plays out in more areas than in the home or in mass shootings. Male violence and male entitlement are at the root of inequality between men and women and the attitudes that men are better than women. We see it through sexual violence, sexual harassment in the workplace, the gender-pay gap and the idea that women should take jobs that don’t pay well, overall disrespect for women, and much more. “It goes on and on and through and through our society,” Gunraj says.

Dealing with male violence and male entitlement means giving men healthy outlets to express anger and emotions. “If we do that, the space to be violent to someone and the capacity for silence disappears,” Gunraj says.

Nova Scotia has its own domestic violence prevention plan with the Standing Together to Prevent Domestic Violence with the Advisory Council of the Status of Women (Disclosure: I am the coordinator of the Not Without Us project, one of the projects funded under this plan).

Women of colour, Indigenous women, immigrant women, disabled women, and women in the LGBTQ community are at higher risk for gender-based violence. Domestic abuse is compounded by racism, homophobia, classism, ageism, and religious persecution. Indigenous women are killed at a rate six times higher than non-Indigenous women. Disabled women are abused at rates twice that of able-bodied women. 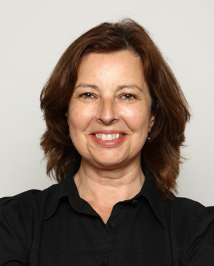 Nancy Ross is an assistant professor in the School of Social Work, Dalhousie University, and Cary Ryan is a former police officer in British Columbia who now works in the domestic violence community in Halifax, including with the Metro Interagency Committee on Family Violence and the Domestic Violence Court Working Group. They’re working on a project studying carceral feminism and marginalized women and the pro-arrest, pro-prosecution policies of domestic violence in Canada. Both say in the early days after the killing, they suspected there was a domestic violence connection. “That was the red flag,” Ross says when she first heard in the media that the killer’s ex-wife and partner were killed.

“It was a hunch having been rooted in this work so much lately. I am always looking for that,” Ryan adds. 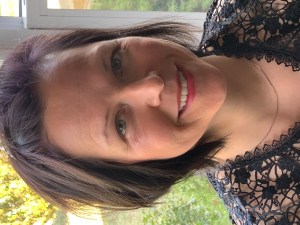 Ross and Ryan say the problem of gender-based violence is often not discussed as much as it should be because it exists in silence, so people may not realize how big an issue it is. “It’s an under-reported, under-acknowledged, under-resourced, silenced issue,” Ross says. “It’s a community issue, it’s a social issue, it’s a family issue.”

Ross’ and Ryan’s work focuses on women who are racially, socially and economically marginalized, who are more likely to experience the negative effects of policies like pro-arrest and pro-prosecution.

There is good news. Ryan says the domestic violence courts in Nova Scotia are having a positive impact on women and children in the province.

In her work, Ross has profiled the Be the Change, Make a Change project, which examined gender-based violence in Lunenburg; that project was a three-year study by the Second Story Women’s Centre and funded by Status of Women. That project not only looked at ways to ways to create a coordinated response to violence against women and girls, but it also recognized that the cultural and social roots that sustain violence need to be addressed. Everyone was included — from survivors of domestic violence, healthcare providers, local and provincial governments, schools, police and justice officials, and boys and men themselves.

Ross says we all need to look at the social conditions and the culture in which people are raised and how we are building peaceful relationships in our society.

“This calls for a reflection on what kind of culture we’ve created and what do we do to support boys and men in ways that are non-violent,” Ross says. “Most of the messaging we get is violent.”

Suzanne Rent is a writer, editor, researcher, and chapter director with Shelter Movers Nova Scotia. You can follow her on Twitter @Suzanne_Rent; Email: [email protected]