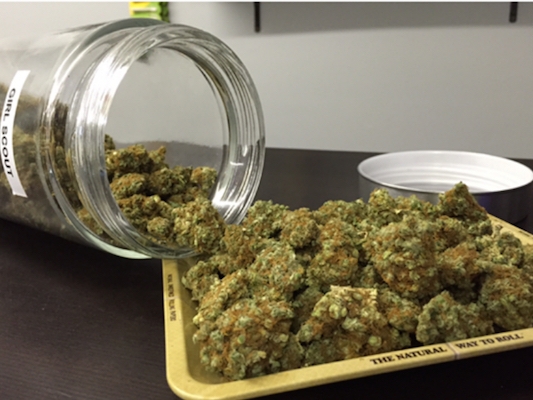 On Friday, the RCMP announced it had charged 10 people with 69 counts, mostly related to selling cannabis through the Tasty Budds pot dispensary chain. One person, Jarret Shrum, was also charged with possession of cocaine, and Shrum and Tasty Budds president Mal McMeekin were charged with weapons violations. See the complete list of charges here.

The charges come after an eight-month investigation involving RCMP detachments in Halifax, Antigonish, and Windsor, and with the assistance of the Halifax Regional Police.

Imagine the cost of that investigation. There must have been hundreds of thousands of dollars spent on staff time alone, plus the 50 bucks or whatever every time the cops sent someone into a Tasty Budds to buy some dope. It’s not like the cops have anything better to do with the dough, I guess.

“We want to be very clear that the alleged illegal activity was occuring at one Tasty Budds location (Sackville Location),” reads a written statement sent to The Chronicle Herald and attributed to Mal McMeekin.

“This only came to our attention through the recent police activity and investigation. This is a gross violation of our code of conduct, our ethics, and everything that Tasty Budds stands for.”

McMeekin said in his letter on Monday that all the staff at the company’s Sackville location had been fired as a result of the raid.

“We hope the actions of a few bad apples will not spoil the basket,” reads the letter.

All the Tasty Budds locations have re-opened, reports Zane Woodford for Metro.

I dunno, but it feels to me like the cops are trying to bust all the (relatively) small players in the pot-selling business in order to clear the field for the big corporate storefronts or provincial liquor outlets that will surely dominate the retail trade once recreational pot smoking is legal. 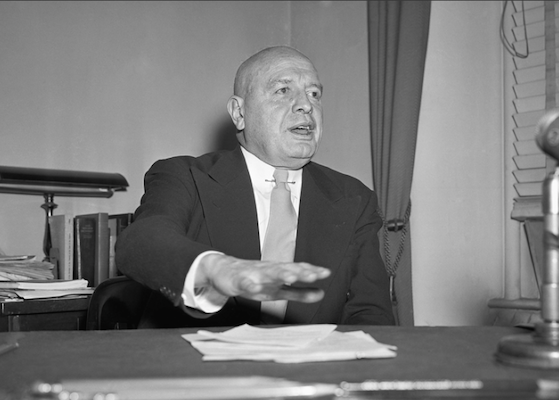 Incidentally, several people have asked me why the police spell it “marihuana” as opposed to the more common “marijuana.” The reason is simple: marihuana is the spelling in the Canadian Criminal Code, and so that’s why police use it.

More interesting is why it’s called marihuana/marijuana in the first place. I learned through this week’s On The Media podcast that the old drug that was called hop, gaze, ju-ju, or reefer was rebranded marijuana by Harry Anslinger, the first commissioner of the U.S. Federal Bureau of Narcotics. That terminology was purposefully designed to associate the drug with Mexican labourers, who supposedly spread the drug to black and other “weak” Americans — in Anslinger’s formulation, marijuana was a foreign-bred menance imported into the otherwise chaste United States. It’s a directly racist word.

2. Cool stuff on the bottom of the ocean

“A scientific expedition in the Gulf of St. Lawrence is revealing never-before seen images of odd and valuable marine life,” reports Michael MacDonald for the Canadian Press:

Federal researchers have joined with the non-profit group Oceana Canada to use a $6-million robotic submersible, known as ROPOS, to explore the seabed, and live-stream sometimes spectacular high-definition video to the internet. 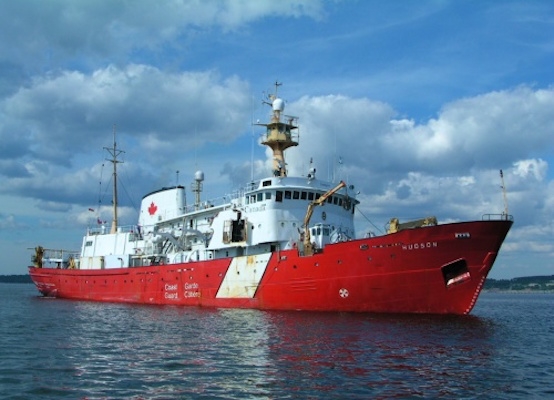 But the project almost didn’t happen, reports Paul Withers for the CBC, because the “$4-million refit of the Canadian government ocean science research ship Hudson is months behind schedule in a Hamilton, Ont., shipyard.”

Heddle Marine was supposed to complete dry dock maintenance on the venerable Canadian Coast Guard ship in May.

The Department of Fisheries and Oceans has not explained the cause of what it calls “these unforeseeable delays,” or when the 54-year-old workhorse will be back in service.

The department has pressed a Quebec-based Coast Guard buoy tender, the Martha Black, into service as a temporary backfill.

It replaced the Hudson for a scientific cruise that began last week in the Gulf of St. Lawrence.

The long-planned expedition, a partnership between DFO and the marine conservation charity Oceana Canada, is broadcasting never-seen-before images from the bottom of the Gulf.

Two sources familiar with the expedition say just days before it was set to sail it was not clear whether the Martha Black, which recently underwent its own refit, would be available. 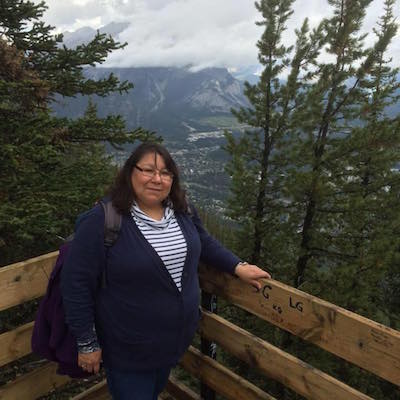 I spoke with Googoo soon after she launched Kukukwes. You can listen to that interview here.

“Googoo is not getting rich through Kukukwes.com,” notes MacDonald:

[B]ut then, her financial ambitions are fairly modest. She aims to raise about $1,500 US a month.

“Instead of subscribing to my website and keeping everything behind a paywall,” she said, “I’ve asked readers, ‘If you like my stories, consider supporting us on monthly basis.’ You can sign up for anywhere between a dollar to about $20 or so a month.”

About 71 people are supporting Googoo’s work that way. She also sells a bit of advertising.

I’m happy to be one of those financial supporters, and if you have the coin, I encourage you to help out as well.

Last week a man named Adam Massey filed a lawsuit in Supreme Court against George Tsimiklis, landlord and owner of the apartment building at 90A Windmill Road in Dartmouth.

Massey claims that when he moved into Apartment #5 in the building, he told Tsimiklis that the unit had no smoke detector. But Tsimiklis never installed one. Then, on August 17, 2015, a friend was cooking something in a nine-inch deep pot but “left the burner unattended for a short period of time which resulted in a fire.”

According to his lawsuit, Massey was in his bedroom at the time, smelled the smoke, and came out to find the fire. He “grabbed some towels, dampened them and threw them over the fire in an attempt to contain the fire and prevent it from catching under the cupboard doors. Unfortunately, when the  towels were placed over the fire, a splash of grease landed on [Massey’s] face causing damage in addition to further fire damage from removing the pot from the stove and placing it on the floor.” Massey told his friend to run out into the hallway to grab a fire extinguisher and bang on all the other apartment doors to get the residents to leave the building.

Massey is seeking damages for personal injuries, damages, and losses.

The claims in the suit have not been tested in court, and Tsimiklis has not yet provided a response to the claims.

I profiled Tsimiklis’s buildings last year. At that time, 90A Windmill Road had been visited by the bylaw inspector 14 times:

The series of apartment buildings — 88, 90, and 90A Windmill — are all owned by Tsimiklis. They are attractive brick buildings and were evidently built to last. When I went to check out the buildings last year, each one had a broken security door, but they weren’t the worst of Tsimiklis’s buildings, by far. That would be 22 Evans Road in Fairview:

Tsimiklis has since sold 22 Evans. 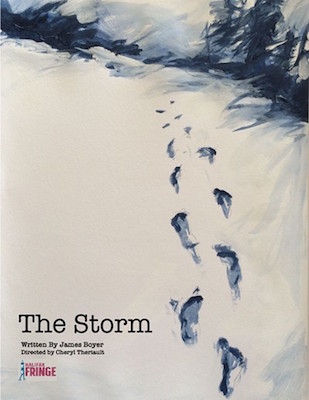 Yesterday, just as I was reading through Massey’s lawsuit against Tsimiklis, I was contacted by James Boyer, who told me that my article on Tsimiklis prompted him to write “The Storm,” a play that “examines the role that developers could play in improving the living conditions of low income groups. I wonder what responsibility city council should take and perhaps stop accepting funds from developers.”

The Storm will be performed as part of the Fringe Festival. Dates and locations are found here. 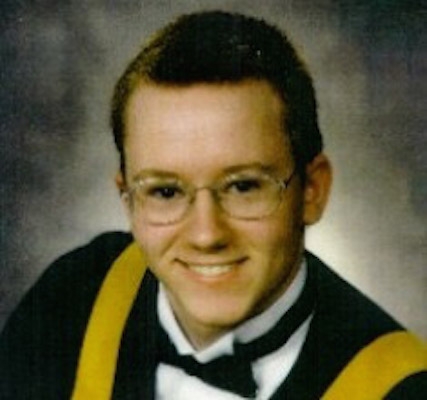 Yesterday marked the 18th anniversary of the murder of Jason MacCullough, and police issued a release marking it:

Jason’s body was found on a paved path between 100 and 104 Pinecrest Drive in Dartmouth at approximately 2:30 a.m. on Saturday, August 28, 1999. There is no indication the 19-year-old was involved in any type of criminal activity, leading investigators to believe his death was a random act.

It is believed Jason was passing through the area while walking home and used the well-known short-cut between the buildings. Investigators believe there were several people in the area at the time of the homicide and strongly believe there were witnesses to the crime. Investigators continue to urge these people to come forward and report anything that they remember about this day, no matter how small the detail.

Anyone with information about the murder of Jason MacCullough is asked to contact the Integrated Criminal Investigation Division at 902-490-5333. Anonymous tips can be sent to Crime Stoppers by calling toll-free 1-800-222-TIPS (8477), submitting a secure web tip at www.crimestoppers.ns.ca or texting a tip – Tip 202 + your message to 274637.

When police mark these anniversaries, it is usually a perfunctory release simply to let the public know the police are aware of the date. Every unsolved murder is an “open” file, and there are no such things as actual cold cases — undoubtedly someone looks at the case occasionally and tries to re-think it, but police budgets aren’t inexhaustible (except for when it comes to busting pot-selling storefronts; then there’s a bottomless pit of investigative money), and so more resources are put into more recent cases.

In the MacCullough case, however, I believe the police have a suspect in mind. I’m not a cop and don’t have access to investigative files, but I’ve read a lot about this case and I have a theory of the case. I’m sure the cops are way ahead of me. A jogged memory or a witness who finally finds the courage to come forward could solve this case.

1. A leader for all Nova Scotians

There isn’t a single person who wants a strike, including those very health care workers you’re taking away the right from. What they want, though, is to have the right to sit down with the government and bargain in good faith and make sure that they have that tool to be able to not go to work… the easiest thing for me and this caucus to do would have been to support this government. I think it’s fair to say to the members who are here, who are the leaders in the union movement in the Province of Nova Scotia, they don’t vote, quite frankly, for me, and I think most of them would tell you that, nor do they vote, I would suggest, for the government. But this to me, quite frankly, is not about politics. When I asked to be the Leader of the Nova Scotia Liberal Party, I didn’t ask to be Leader so we could divide Nova Scotians and take away their rights. I asked to be the Leader of the Nova Scotia Liberal Party so we could put forth good, constructive solutions to the issues facing Nova Scotians.

Too easy, I know. 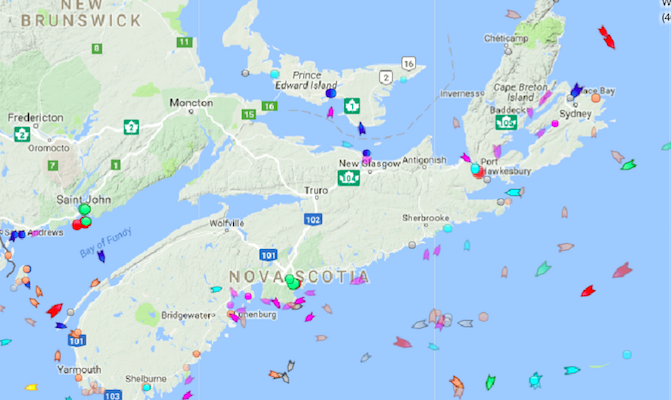 I had no copy editor this morning. Please be kind.