Today’s Morning File is written by Lewis Rendell. I’m one of a handful of guest writers filling in for Tim as he’s on vacation. 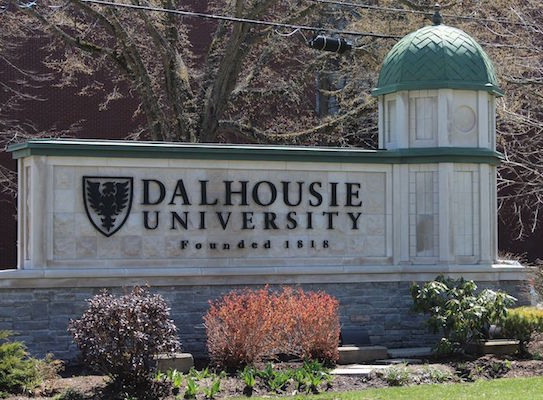 As Heidi Pearson reports for Global, Dalhousie University’s volunteer-driven helpline for sexual assault survivors will be scaled back this year as the university and its student union duke it out over funding. The project began last year as a six-week pilot project, and was extended through the end of the school year after the university contributed a $30,000 boost in funds. This year, however, Dal has only offered the student union half of the operating costs — an offer the DSU rejected, choosing instead to run the thing themselves from midnight until noon for the first eight weeks of the fall semester, as opposed to last year’s round-the-clock availability.

Dal’s decision to pare back the phone line’s funding has sparked outrage from students (for a lot of obvious reasons), but the cutbacks come after the university announced its plans to spend $300,000 to send nine rich and established business leaders to MIT for a “Regional Entrepreneurship Acceleration Program,” a widely ridiculed move that’s been drawing the ire of…just about everybody.

Sorry if you were expecting any good news this morning.

Chief of the Bridgewater Police Service John Collyer is on administrative leave as he’s under investigation for obstruction of justice and allegedly assaulting a teenage girl earlier this year, Anjuli Patil reports for CBC. The province’s Serious Incident Response Team is investigating the allegations, saying another police agency contacted them with information about the chief’s alleged misconduct earlier in the month.

The Creep Catchers are adults who pose as underage girls on dating and chat sites and arrange meetings with the men who contact them. The “Catchers” then arrive at the proposed meeting sites with cameras to capture videos of their confrontations with the men and upload them to their website.

I’d encourage readers to watch CTV’s segment on the group from last evening’s news. It’s an extremely serious topic, but the video watches like a fake news segment from 30 Rock. 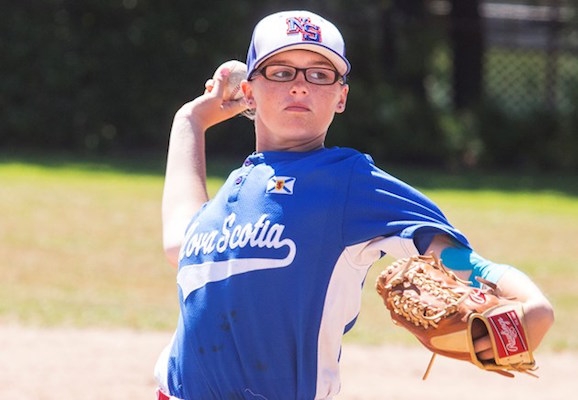 In a world of Gabby Douglases and Simone Bileses and Penny Oleksiaks, I can’t get enough of stories of teenage girls kicking ass at sports.

Dartmouth’s 15-year-old Katie Hagen has secured a spot on Canada’s senior women’s baseball team, as Monty Mosher reports for Local Xpress. Hagen will be playing alongside teammates in their mid-20’s and older at the World Cup in Gijang City, Korea, after growing up playing on competitive boys teams. 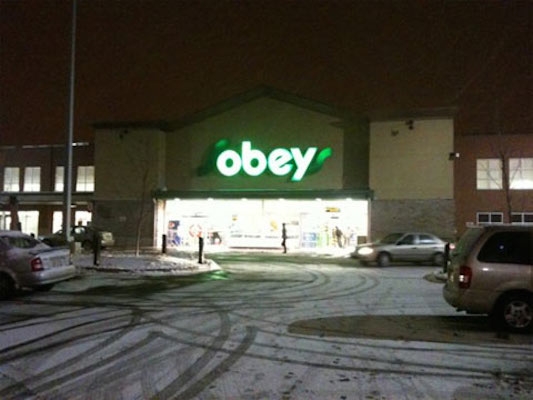 Do as you’re told. Photo: bargainmoose.ca

Stephen Kimber has some words for Sobey’s about the grocery chain’s bungling of Andrella David’s human rights complaint:

“…it wasn’t until last Monday, two days after the African United Baptist Association of Nova Scotia, the province’s “largest black institution,” announced plans to boycott the grocery chain until it apologized and implemented the human rights decision, that the company tepidly suggested in an email release it might withdraw its appeal.

It took until Friday for Sobeys to confirm it would finally obey the order.

Even then, the company seemed unseemly reluctant to accept real responsibility. “Sobeys regrets that this matter has taken so long to come to a conclusion,” it said carefully, but it did not say it regretted racially profiling and humiliating Andrella David, or publicly apologize to her — or to the black community.

2. Not-exactly-cranky letter of the day

A British Columbian visitor to PEI accuses the The Charlottetown Guardian of being ageist towards lieutenant-governor Frank Lewis.

EDITOR: I am merely visiting P.E.I. and have no opinion as to whether Frank Lewis’ term as lieutenant-governorshould be extended but found some of the content of your recent editorial on the subject highly inappropriate. Your reference to Mr. Lewis’ age and the influence it might have on his ability to perform the L-G role is, minimally, ageist in tone.

Ageism is a socially constructed way of thinking about older persons based on negative attitudes and stereotypes about aging. It is reasonable to ask whether a person is capable of fulfilling his/her job description but it is problematic when the question has no basis other than a presumption rooted in a personal trait of the applicant, in this case age.

P.E.I. has one of the highest proportions of older adults in Canada. The Guardian should exercise more caution in the perspectives on aging which it inadvertently perpetuates or intentionally advances.

As I walked around downtown and the south end this week, I noticed the migration patterns that signify a new school year is about to begin in the city — students toting laundry baskets full of housewares, dads in Dal sweaters quizzically looking at maps, throngs of fresh faces exploring Spring Garden Road for the first time.

Welcoming the new September crowd is always a challenge. I remember the first time I was acutely aware of the students being “back” when I was no longer a student myself. As I headed off to work at my big-girl job on a September morning, I had to kick Mardi Gras beads and Solo cups out of my garden. There was a little bit of vomit in my driveway. I shook my fist at the sky and cursed the students, so glad and smug that I wasn’t one of them anymore. I’ve been smug about it since.

But I was stuck behind a slow gaggle of young fellows this week as I made my way home from a different big-girl job and was suddenly really touched as I watch them peer into the Old Burying Ground for the first time and marvel at St. Mary’s Cathedral Basilica. They were brand new and I remembered what it was like when I was brand new.

On my first day in the city, my dad bought a SMU sweater. We had fish and chips on the water. We went to Cow’s. I clutched my back-to-school issue of The Coast and my dad had one of those giant, colourful tourist maps. I fell in love on Day One. Tomorrow marks year four.

I feel like a jerk for celebrating not being new anymore. So I’m going to go out of my way to welcome the students. Halifax is my home and I hope they make it theirs too.

Standing Committee on Human Resources (10am, Committee Room, Granville Level, One Government Place) —  it’s a long summer with the legislature not in session, so committee members need to collect the per diem somehow. No, no, no. We meant to say, the committee will make appointments to agencies, boards, and commissions, and that’s seriously important business.

Thesis Defence, Biomedical Engineering (9am, Room 3107, Mona Campbell Building) — PhD candidate Brett Dickey will defend his thesis, “The Use of Germanium to Control the Properties of Glass Ionomer Cements.”

“Caregiver Support: Guilt” (12pm, Room 3207, 3rd floor, Mona Campbell Building) — Allan Abbass of Dalhousie’s Department of Psychiatry will speak on the topic of guilt and depression as it relates to caregiving. 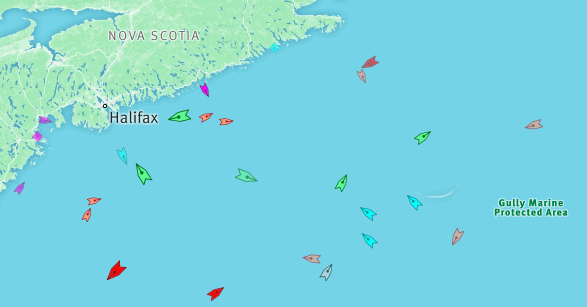 The approach to Halifax Harbour, 8:45am Tuesday. Map: marinetraffic.com