Several people have told me that last night’s meeting at the North Memorial Library about police checks was an absolute mess. Here’s Maggie Rahr reporting for The Coast:

“Do you deny institutional racism exists!?” shouts a man, rising to his feet, to cheers and rumblings in a crowd of more than 70 people. There’s a pause. Then Halifax Regional Police chief Jean-Michel Blais responds:

“What do you mean by institutional racism?”

And Adina Bresge for the Canadian Press:

During a particularly contentious exchange, Blais asked a questioner what level of street checks he would find acceptable, to which several members of the audience replied, “zero.”

While Blais acceded to a proposal to provide advocates for people who file discrimination complaints against police, he demurred at the suggestion that Halifax adopt more stringent street check regulations like those recently implemented in Ontario.

After three hours of dialogue, both sides remained steadfast in their points of view. In some ways, the search for common ground seemed more distant than before, but all agreed that broaching the difficult subject of police relations with minorities was a first step towards ensuring the wellbeing of the community as a whole.

El Jones attended, and I’ve asked her for her take on the meeting.

Professional immigrant women struggle to find jobs they’re qualified to hold. “The last federal census reported that among educated immigrant women with a bachelor’s degree or higher, six out of 10 were working in jobs below their qualifications,” reports Jennifer Henderson for the Examiner. 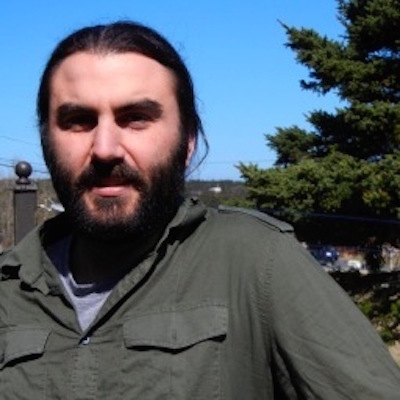 Canadian Journalists for Free Expression (CJFE) has issued a statement in response to Newfoundland and Labrador Judge George Murphy’s ruling that reporter Justin Brake has no special status as a journalist that protects him from being charged with a violation of a court order related to protests at the Muskrat Falls site:

Judge Murphy wrote in his decision. “Mr. Brake’s status as a journalist was not a material fact and there was no obligation on Nalcor to bring that fact to the attention of the Court on their application for the Injunction Order or the Contempt Appearance Order.”

In its decision, the court cited a precedent from a 1991 case of Ottawa Citizen and Montreal Gazette journalists who filed suit against the Department of Defence over their treatment during the Oka Crisis. The text of that decision references precedents in US law which affords journalists no explicit protections or guarantees when covering crime scenes or dangerous locations forbidden to the public. This is a position which CJFE strongly disagrees with, particularly in cases like Brake’s where a reporter may be the sole documentary source for an issue that is clearly in the public and national interest. CJFE believes there is an obvious need here for a legislative fix.

“If a company—in this case, a crown corporation—is able to seek an injunction without disclosing that a person is a journalist in order to prevent them from covering activities which challenge its public relations, that’s a fundamental failure of the justice system to protect the real public interest. The public needs to know the truth of what happens in situations like the Muskrat Falls demonstrations,” says CJFE Campaigns and Advocacy Coordinator Duncan Pike.

I am a member of CJFE. 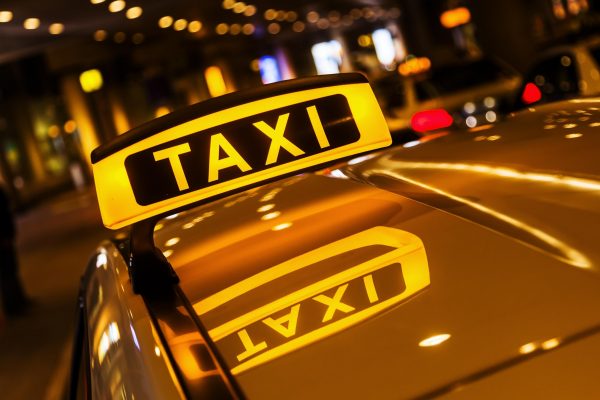 “The cases of two different taxi drivers charged with sexual assault were in court in Halifax on Thursday,” reports Zane Woodford for Metro:

[Seyed] Mirsaeid-Ghazi was arrested and charged in April 2016 in relation to an alleged sexual assault in October 2015. Halifax Regional Police said a man driving a taxi in the area of Windsor and Allan streets picked up a 21-year-old female passenger he had driven on previous occasions. Police said he touched the woman in a sexual manner without her consent before dropping her off at her destination in Halifax.

Halifax Regional Police spokesperson Const. Dianne Penfound said Thursday that [Farset] Mohammad was arrested and charged in July 2016 for an alleged sexual assault in a cab in downtown Halifax reported to police in June 2015.

Both cases are still in pre-trial stages.

“A Nova Scotia judge’s decision to clear a taxi driver of sexual assault on the grounds that ‘a drunk can consent’ has MADD Canada backing away from its long-standing advice to cab home after a night out,” reports Jon Tattrie for the CBC:

“In light of the situation that recently occurred in Halifax, I would certainly feel, as the mom of two daughters, that [calling a taxi] is not the first choice I’d like them to make,” Anissa Aldridge, the Atlantic director for MADD Canada, told CBC News on Thursday.

“We’ve relied on Casino Taxi, Yellow Cabs, Satellite Taxi — all of those companies — to get us home safely in the past. I think that most certainly will continue, but we also have to explore different options,” Aldridge said.

“We can’t now state that all taxi drivers might be a concern … but the option of going two, three or four people in a taxi if you’re a young woman and feeling unsafe, might be a great option.”

She urged people to plan ahead for a safe way home, either by booking a hotel, staying at a friend’s house, appointing a designated driver, or walking if it’s possible.

Please allow me, on this St. Patrick’s Day, to send thanks and best wishes to all – Irish or not – of both my native land, Ireland, and my adoptive country, Canada.

Many locales here on the Island (Emyvale, Newry and even Grafton Street in Charlottetown), are named after Irish spots.

The “cranky” part comes in the form of the first comment on this rather benign letter:

Perhaps Mr. O’Hare could explain the obsession of St. Patrick’s Day, which appears to have regressed from a religious festival recognising St. Patrick (who was himself Welsh, enslaved by the Irish) to the current drunken free-for-all. History notes that the Irish came to PEI some 80 years after the English, Scottish and Welsh settlers (some would say after much of the hard work was done), but at no time are the Patron Saints of these countries recognised. In case Mr. O’Hare has himself forgotten, that would be March 1, April 23 and November 30. 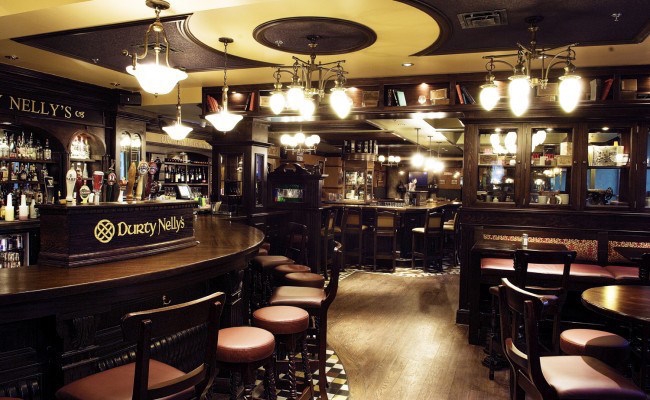 Boing Boing is one of the oldest websites, a precursor to Buzzfeed and Vice that morphed into a blog and then into a, well, I don’t know what it is, exactly, but it’s a big thing on the internet that still attracts a lot of readers and pushes out stuff that looks like advertorial.

They’re partnered with Guinness, and ship ready-to-assemble pubs all over the world: in 27 years, they’ve outfitted more than 500 pubs, including establishments in Russia and Kazakhstan.

The Boing Boing post is illustrated with a photo of Halifax’s Durty Nelly’s, shown above, which is in turn taken from The Irish Pub Company’s website, which explains that:

My second law of drinking is to never go to a bar where the owner has been banned from his own establishment for serving underaged patrons.

But my first law of drinking is to never drink in a place that calls itself an Irish pub. Such places lack imagination and are uninspired derivatives of someone’s bad idea about what it means to be classy.

I mean, to each their own, but I’d rather hang out in a random varmint-infested dive bar than in a pretentious throwback to a country I’ve never visited. If I’m going to wear shoes and a shirt, there are several locally designed upscale bars in Halifax, including Obladee and Stillwell.

But all that aside, can we cut it out with the insulting, amateurish drinking nonsense that has become St. Patrick’s Day? If there’s any truth to the Irish love of drink, it has absolutely nothing to do with green beer and shamrocks and college sophomores barfing in the streets at 7am, and everything to do with bracing oneself thoughtfully against the inescapable woes of the world, a considered respect for powers greater than ourselves, including our own damned fates, and a weary sociality that borders on contempt.

There’s not a way to market that, I guess.

No public meetings. (Both levels of government tend not to schedule meetings when schools are out.) 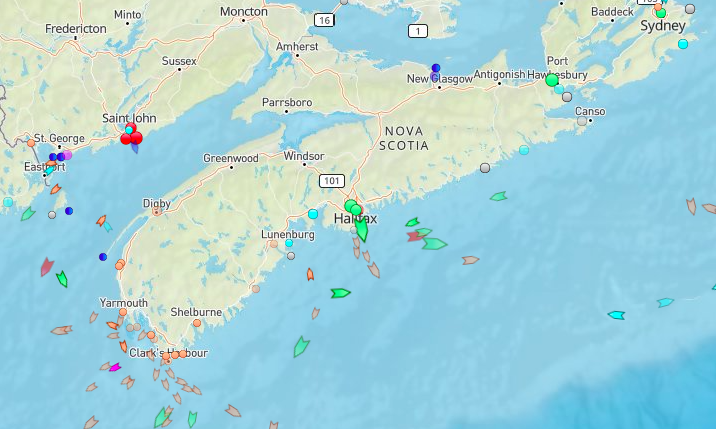 Watch out for leprechauns.