Today’s Morning File is written by Katie Toth. I’m kind of into the idea of just leaving the phrase [fascinating biographical info here] from the template Tim Bousquet made for us, and letting you imagine how great I am. 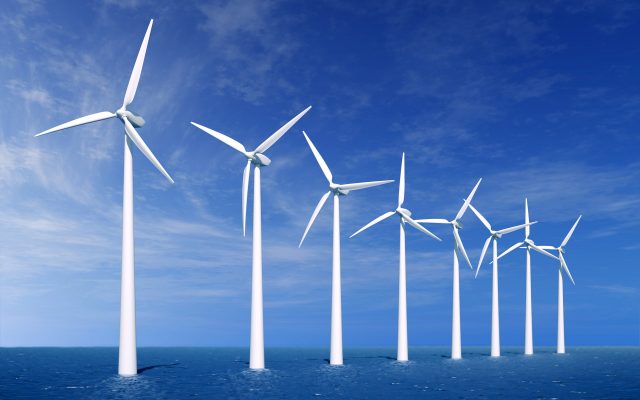 Residents had a closed-door meeting last night with Renewable Energy Services last night. The company says it was an isolated incident.

Federal public safety minister Ralph Goodale is speaking out about the death of the prisoner in New Brunswick’s Dorchester Penitentiary. Hines was beaten and pepper sprayed until he died in custody in 2015. The Cape Bretoner was 33 when he died.

In a statement issued Wednesday evening, Goodale said he can’t comment “on the specifics” of Hines’s death because it’s still under investigation by Correctional Service Canada (CSC).

“But let me be clear that there can be no tolerance for inappropriate use of force or other serious misconduct,” he said in the statement.

“Correctional staff have difficult jobs, but any allegation of inappropriate behavior must be thoroughly and transparently investigated, and the appropriate consequences must follow.”

Anti-violence advocate Quentrel Provo told CBC about how the community has been shaken after Tylor McInnis died this week. The CBC adds: “RCMP are looking into whether the death of Tylor McInnis is connected to a string of homicides that shocked people in the Halifax-area in the spring.”

4. Blueberry farmers getting into a … jam

Great news for blueberry lovers, bad news for the people who grow them: CBC reports a glut of berries on the market is leading to some of the lowest berry prices in years. Higher production costs mean that next year, farmers might just sit on some of those berry fields and decline to harvest them, though — perhaps leading to a future berry shortage or a pricier fruit?!? I’m just speculating here, but I say eat ’em while you can. 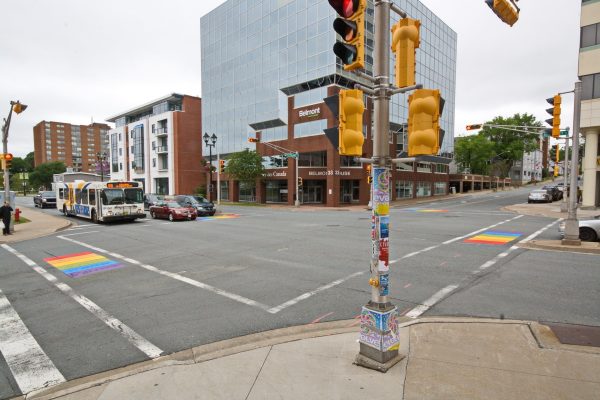 In Pictou County, Stellarton’s police chief doesn’t think his residents have the intellectual capacity to comprehend rainbow sidewalks. The sidewalk decorations were proposed by a town councillor this summer. That’s according to a report from the New Glasgow News:

At the June council meeting, Coun. Denise Taylor had requested that a crosswalk in the town be painted in Pride colours to show support for members of the LGBTQ community. “Just to show we’re an inclusive community,” she said.

However, at [a] meeting this week, Police Chief Don Hussher explained why doing so isn’t a good idea. Speaking as the town’s traffic authority, he said the colour of crosswalks across Canada is white. “The reason is all traffic signals from coast to coast are consistent.”

Hussher  also said at the meeting that “if we introduce other colours, we have inconsistencies and it causes confusion.”

An immigration official has cruelly shot down four Tibetan-Indian women’s dreams of recreating the hit 90s classic Never Been Kissed. The women, who range in age between 25 and 32, had paid a cool $13,900 for a one-year English as a Second Language course at King’s View Academy (a local high school). Now, the school’s director Rina Otero  is heading to the media to complain.

She tells Local Xpress that immigration officials may have found it suspicious that the women were going to high school, but that the students had enrolled in a foundation-year ESL class that prepares international students for Canadian universities.

“I think the main deterrent here is that (the four women) are not 17 or 16 or 15,” says Otero, who had planned to charge the women an additional $7,000 to live in her house for the year (which just seems like bad personal boundaries IMHO!). “The bottom line seems to be (that immigration officials believe) they’re not going to return to India if they come to Canada.”

I’m not comfortable making comments about the school. I also don’t want to talk about these women’s visa cases, or their educational goals. They’re likely lovely young women, we all have dreams, it’s hard to know what’s going on without talking to them, and I wish them luck navigating a complex and byzantine border system. 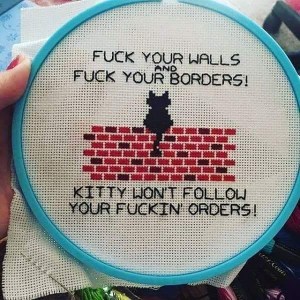 Instead I will focus on these batshit remarks from immigration lawyer Lee Cohen, who thinks going back to high school at 32 is “perfectly normal” and finds it offensive that any immigration officer would even have the gall to raise red flags about it. He’s taking on the case, and he speculated to Local Xpress there was another reason why the students didn’t get their visas accepted:

The visa officer at the Canadian Embassy in New Delhi who dealt with the four women might not even be Canadian, Cohen said.

“We may be dealing with a born-in-Canada Canadian who’s assigned to this post and doing the job. But I have seen situations in the past where decisions are being made about foreign nationals by other foreign nations. So the kind of balance and fairness and rigour that we would expect to go into these kinds of decisions sometimes does not occur.”

So this lawyer’s argument isn’t that these women were unjustly turned down because of Canadian immigration policies, or because of some kind of misunderstanding about why fully grown adults had good reason to go to a high school. No: they may have been turned down because those untrustworthy South Asians — you know, not born-in-Canada Canadians, who have balance and fairness and rigour — can’t do their jobs in the Canadian embassy. Got it.

I mean, no fences no borders, etc etc, here is a poster with a bird on it. But until that day, this comment is ridiculous. You don’t fight xenophobia by…. being xenophobic.  #dobetter.

This anonymous woman says she’s had it up to here with sexual harassment. She threw an iced latte into the face of her catcalled, and I love her for it.  Content warning for the NSFW language, depictions of lewd sex acts, and intimidating threats in this one.

3. No Cranky Letter Of The Day

Get out there, folks! Write more letters! Be the change you wish to see in the world. 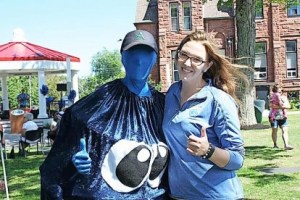 A pair of berry-lovers blue themselves for Amherst’s annual Blueberry Fest.

Thesis Defence, Industrial and Organizational Psychology (9:30am, Atrium 101) — Natasha Scott will defend her thesis, “Enjoyment, Values, Pressure or Something Else: What Influences Employees’ Safety Behaviours?”

The approach to Halifax Harbour, 9:30am Thursday. Map: marinetraffic.com

Friday
7:15am: Nolhanava, ro-ro cargo, arrives at Pier 41 from Saint-PIerre

Some kids — sorry, “youths” — last night tried to break into this guy’s house. What did they expect? Who knows, but it probably wasn’t a talking-to. Apparently he told them to wait for the police, and they did, which is rather courteous of them considering they just broke into a home.