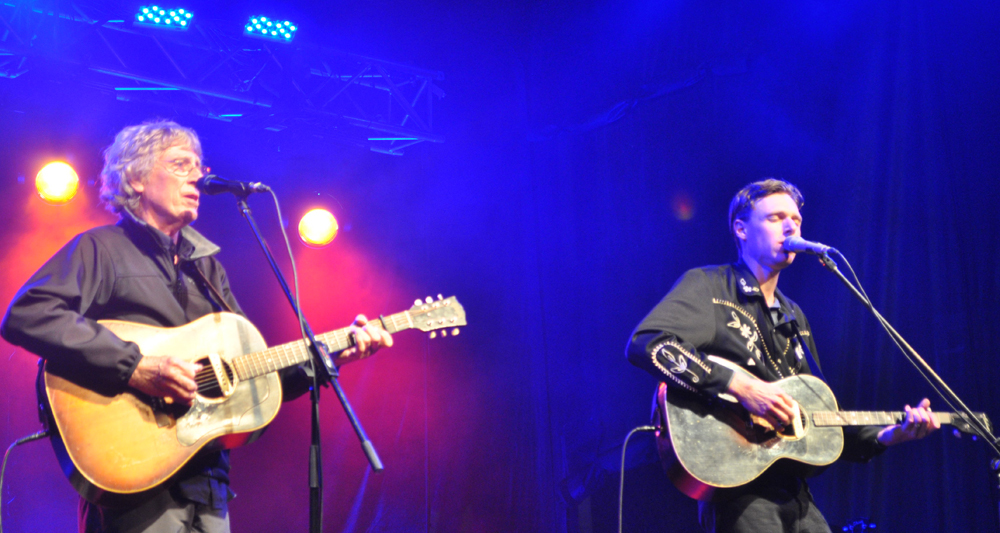 Nova Star Cruises is ending the season October 13, rather than the scheduled November 2, because they’re not selling enough seats.

The historic recreation of the original Bluenose includes a fancy modern hydraulic steering system that costs us $300,000, or maybe $350,000, but what’s an extra $50,000 at this point?

As of 6am this morning, 1,310 people have signed the on-line petition to save The Khyber. The local arts community is politically engaged on this issue to a degree I haven’t seen before, thanks mostly to the organizing efforts and publicity of Joel Plaskett, whose 2001 album, Down at the Khyber, was recorded, yep, at The Khyber.

Plaskett’s father is Bill Plaskett. The elder Plaskett is the city’s Heritage Districts Planner, and was the primary author of the city’s 2011 Barrington Street Heritage Conservation District Revitalization Plan, which celebrates The Khyber as “one of the more intact historic buildings on Barrington Street, having suffered little if any alteration to its exterior.” Just three years ago it looked like Barrington Street would be the heritage highlight of the HRM By Design process, but now that hope is almost entirely dashed: the Roy Building is demolished, the Discovery Centre is about to be demolished, and now city staff wants to sell off The Khyber, in all likelihood to be demolished as well.

Bill Plaskett, incidentally, is also an accomplished musician. There are lots of YouTube vids featuring Bill, like this one where he sings Hard Times Come Again No More, an old American hymnal advancing the quaint notion that we should care for the poor. But I think I’ll post the wobbly video of Bill and Joel performing I Love This Town together at the Olympic Centre to a bunch of appreciative drunk people, which captures the spirit of this town pretty well. The second song on the video is I’m Yours, which Joel says is about an experience at The Khyber.

Love This Town. Let’s tear it down.

Yesterday, I published my interview with Sherri Reeve, who was one of the three people arrested in the drug sweep related to the Farm Assists store on Gottingen Street. This article is behind the Examiner’s pay wall, and so available only to paid subscribers. To purchase a subscription, click here.

Yesterday, Reeve’s life partner, Chris Enns, was arraigned at the Spring Garden Road courthouse. He was released on the condition that he only handle marijuana on the terms of his own medical marijuana licence. He later told the CBC that he intends to partially reopen Farm Assists today: the hemp shop and vapour lounge will open, but the dispensary will remain closed.

Meanwhile, Deputy Police Chief Bill Moore gave Metro a weak excuse for the arrests, which can best be characterized as a police state run amok.

The bats in Cape Breton have white-nose syndrome, which is horrible news as there was hope that the island might be a refuge from the disease that is decimating North American bats. Now the last potential refuge is the island of Newfoundland. On the plus side, the Chronicle Herald points us to this wonderful new website, healthywildlife.ca, which will hopefully better inform the public about wildlife issues.

For some reason I can never find Stephen Kimber’s Monday column on the Metro website, and he didn’t post it on his own site until after I published yesterday’s Morning File. In any event, he doesn’t think we should rush into fracking. Kimber wins this week’s Best of the Commentariat Award for mentioning “climate change” in a column about fossil fuels, a connection that has eluded every other local columnist this week.

Jan divorces herself from cable TV, with a predictably horrible reaction from  Rogers.

Supernovas happen in the Milky Way every hundred years or so on average, says Phil Plait of Slate’s Bad Astronomy blog, and we’re overdue for one. Wouldn’t that be cool? Plait says the really big one will be Betelgeuse, the right shoulder in Orion, which will blow in 100,000 years, give or take—a blink of the eye astronomically speaking, but of course too late for us to see.

“We may get a thousand or so before Betelgeuse finally loses it,” writes Plait. “Some will almost certainly even be closer than Betelgeuse is. Again, we’re in no real danger from a nearby supernova, and it would be nice to see one at a relatively proximate distance.”

My internet friend, the guy who used to be Steve Simels, turns me onto what is perhaps the very best short sci-fi story ever written, Arthur C. Clarke’s tale of one supernova, The Star.

I’ll be on The Rick Howe Show at 10:30am, talking about the Farm Assists raid.