1. Nova Scotians in the Paradise Papers

In November, the International Consortium of Investigative Journalists began reporting on a trove of leaked documents it called the Paradise Papers:

The Paradise Papers documents include nearly 7 million loan agreements, financial statements, emails, trust deeds and other paperwork from nearly 50 years at Appleby, a leading offshore law firm with offices in Bermuda and beyond.

The documents also include files from a smaller, family-owned trust company, Asiaciti, and from company registries in 19 secrecy jurisdictions. The records range from complex, 100-page corporate transaction sheets and dollar-by-dollar payment ledgers to simple corporate registries of countries, such as Antigua & Barbuda, that do not publicly list names of company shareholders or directors.

Those documents became the foundation for a series of articles published by the ICIJ’s 95 media members, including the Toronto Star and the CBC in Canada. So far, that reporting has concentrated mostly on political figures named in the Paradise Papers — notably, Liberal fundraisers and Trudeau confidants Stephen Bronfman and retired senator Leo Kolber, who parked $60 million in a Cayman Islands trust, and former Prime Ministers Jean Chrétien, Paul Martin, and Brian Mulroney. The CBC followed with an article showing how large Canadian firms, including Maple Leaf Foods and Loblaw, have been using offshore accounts.

But there has been no thorough look at Nova Scotians named in the Paradise Papers until yesterday, when I published the names and business dealings of every Nova Scotian I could find in the ICIJ database.

Among them are professional investors, mining company execs, people who made their fortunes via online betting, a former Port Authority director, and a retired vice-admiral.

Click here to read “Here are the Nova Scotians named in the Paradise Papers.” 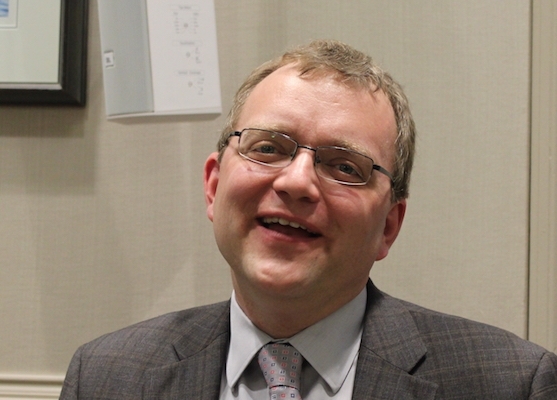 “Since the current Halifax regional council was sworn in, there have been more than two dozen complaints filed about councillors’ conduct, according to documents obtained by Metro through Freedom of Information,” reports Zane Woodford:

Whitman used the word “negroes” in a television interview, Cleary cursed on Twitter during an argument with Whitman, and Hendsbee made a series of comments about Indigenous people protesting the Cornwallis statue.

“I have not actually seen the complaint, but my understanding is that someone took umbrage to my use of the phrase ‘white men of privilege’ during the second Cornwallis debate, and felt that that was unacceptable,” Mason told Metro in an interview.

Mason said he was asked to apologize, which is typically the first step in the complaint process. He declined, and asked that if the issue went to council that it be dealt with in public, not in camera. It never went to council.

An RCMP release from yesterday afternoon:

Just after 3 p.m., RCMP, EHS and Halifax Regional Fire responded to a collision on Highway 102, between Exits 6 and 7. As a result, the collision has claimed the life of one person. Details regarding the other people involved are not available at this time as emergency crews are on scene.

Exit 6 is the Halifax airport exit, and Exit 7 is Elmsdale.

A Lifeflight helicopter takes off from highway 102 after a fatal motor vehicle collision. One person died after a vehicle crossed the median and hit another vehicle head-on. The highway will be closed between exits 6 and 7 for some time. @globalhalifax #Halifax pic.twitter.com/Y186vJAvAi

Witnesses reported the first vehicle caught fire and bystanders had to smash a window to pull an occupant out.

Emergency crews responded and a LifeFlight helicopter was dispatched.

At least one injured person was transported to hospital by the LifeFlight helicopter.

4. Those Tignishians are real trouble 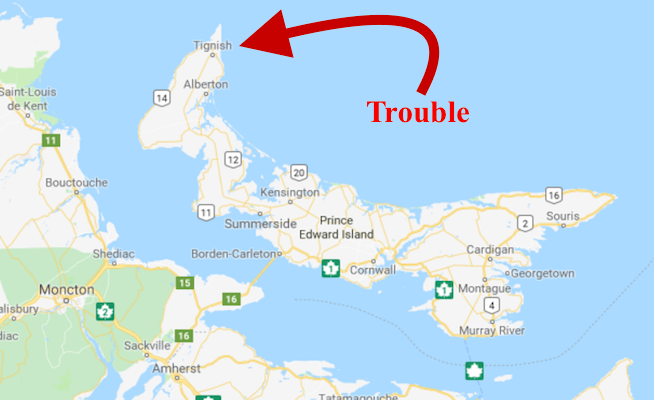 “A hotel in Charlottetown is in damage control after several people were told they were not welcome to stay solely because they are from Western P.E.I.,” reports Jim Day for the Charlottetown Guardian:

Jasmine Myers, 19, of Tignish says she was “dumbfounded’’ when the Charlottetown Inn and Conference Centre blatantly discriminated against her and her boyfriend because of where they live.

Myers went to check in New Year’s Eve around 4 p.m. after booking a room at the hotel.

The female associate working the front desk, after learning Myers is from Tignish, said the hotel is not allowed to check people in who live in West Prince, specifically Tignish, Alberton, O’Leary and Tyne Valley.

Myers says four of her friends, who are also from Western P.E.I., were told by the same woman they were not welcome because of where they are from.

5. The Nova Centre has three tenants

Grant Thornton moved from Cogswell Tower to the Nova Centre yesterday, into 36,000 square feet on the 10th and 11th floors. That brings the tenancy count up to three: Grant Thorton; BMO, which financed the construction, and has a ground floor retail banking space in the Grafton Street Glory Hole, facing Prince Street; and the Halifax Convention Centre, which is the cornerstone of the construction deal, allowing developer Joe Ramia to exceed what would otherwise be building height and massing constraints on the site under HRM By Design rules.

That leaves around 250,000 square feet of empty commercial space, a slew of unrented retail spaces on the ground floor Argyle Street side, plus of course a vacant hotel operation.

Slow news week, I guess, but it gives me the excuse to tell about the time I was running in the park in Chico, California and passed a one-legged man walking a three-legged dog. “There’s a country song,” I thought to myself, and ever since I’ve wondered what fates had brought the pair together.

7. The hoity-toity come to Halifax, maybe 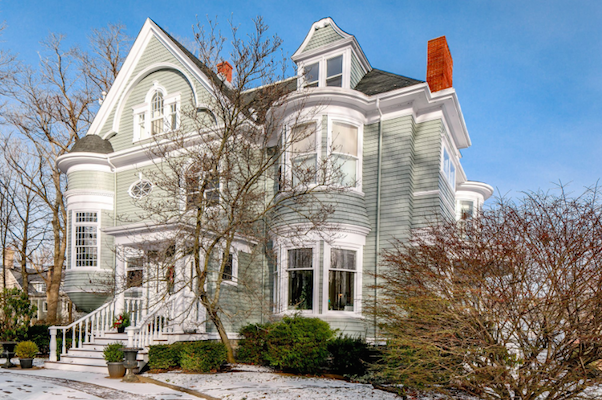 This is what the New York elite see when they think of “Halifax quaint.”

Just as the New York Times is asking readers to subscribe because the newspaper is a democratizing force in society, a counter to the Trump agenda, the Times’ lifestyle section does this weird thing where they show off the lives of the ultra wealthy — brunch at Arabelle, a weekend in the Hamptons, tennis at Randall’s Island, that sort of thing — which seems to celebrate the exact opposite of democratization. The Sulzberger crew must look at themselves around the board table, think they see “the real America,” and make assignments accordingly.

I don’t think Marino actually came to town, but rather just called Ethan Michaels of Bryant Realty Atlantic, who is listing the house at 977 Young Avenue for US$2.35 million (that’s CN$2.99 million), and hired Brady McCloskey, a PEI wedding photographer, to put together a slide show for the paper.

“Halifax has seen growth in commercial and residential,” Mr. Michaels said, noting, too, the new Halifax Convention Center, which opened in December. “And the population is growing. A lot of people who came to the area to attend the universities returned as professionals.”

Er, really? The convention centre is causing people to move here? And:

The market has seen a number of Canadian buyers from higher-priced areas in western Canada and Toronto lately.

“They’re cashing in and selling homes there for considerably more money and looking for a smaller city and quieter lifestyle,” Mr. Rutledge said. [That’s Sandy Rutledge, another realtor.]

Halifax also has plenty of foreign buyers, many of whom are seeking vacation or retirement homes, as well as places for their children to live while attending college. Buyers from Asia, the United States and Europe, particularly Britain and Germany, have been active in the market, according to agents.

Halifax is just a plaything for the ultra-wealthy, apparently.

I wouldn’t mind these things half so much if the reporters actually interviewed real people in the cities profiled, talked about the challenges faced by working people (including finding affordable housing), and maybe reflected a bit on how the world of high finance is perverting local housing markets.

8. CTV is trying to break into my computer

For the past week, every time I’ve gone to the CTV webpage I’ve gotten this message:

So I’m not linking to CTV stories until they fix this.

Weather is coming. Charge your devices and order Chinese food. 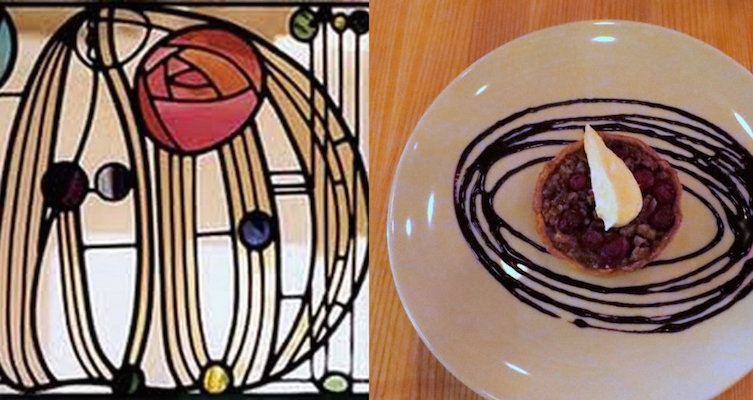 It amuses me to put pictures together and maybe you would enjoy a glimpse into my visual world.

This post is moments when a object or a view reminds me of a work of art.

The first time we ate at Agricola Street Brasserie I had a tart surrounded by swirling lines of chocolate. It suggested an Art Nouveau design by Charles Rennie Mackintosh. A couple of his stained glass pieces show you what I mean. When I posted this collage on Twitter it was retweeted by a Mackintosh museum in England. Validation and a tasty desert.

Later in the photo essay, Archibald brings up this comparison:

For a number of years we got very fresh fish from the Off the Hook program. Once a particularly bright eyed and soft lipped halibut seemed to be a finny relative of poet Percy Bysshe Shelley.

I suspect and understand that these collages don’t mean much to others but they are the sort of thing that gives me great joy and pleasure. Makes me think of Shelley’s swell poem Ozymandias and the line that regularly comes in handy: “Look on my works, ye Mighty, and despair!”

Scoliosis in 3D (Thursday, 9am, Cineplex OE Smith Theatre, IWK Children’s Building) — Ron El-Hawary from Dalhousie and the IWK will speak on scoliosis and advancements in imaging. 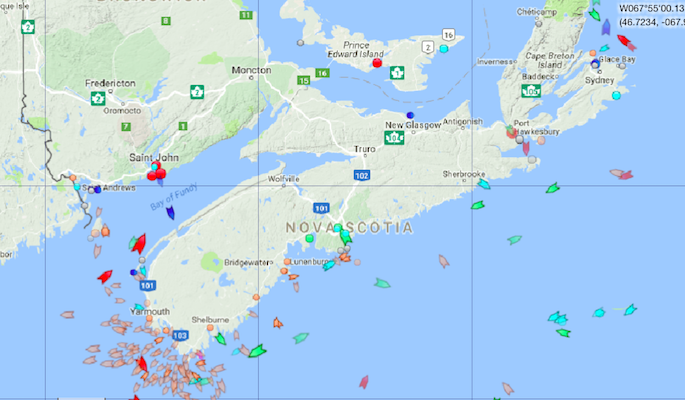 The seas around Nova Scotia, 9:40am Wednesday. Map: marinetraffic.com