You are here: Home / Featured / Longest day of the year blues 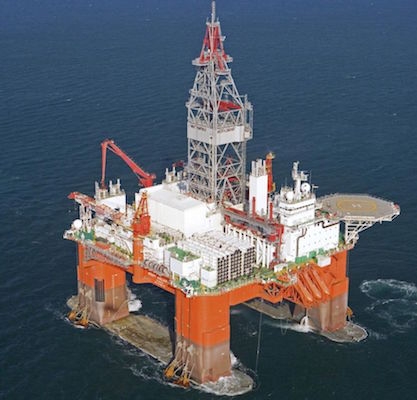 The Seadrill West Aquarius is drilling for BP on the Scotian Shelf.

Yesterday, the province announced $11.8-million in spending over four years for the second phase of its Offshore Growth Strategy. According to a press release, the money will go towards:

So far, research indicates there is more than 120 trillion cubic feet of gas and eight billion barrels of oil off Nova Scotia’s coast.

“However, a spokesman for Halifax’s Ecology Action Centre, said the funding is no longer appropriate in an era when Canada has signed on to the Paris Agreement to attempt to reduce carbon emissions,” reports Michael Tutton for the Canadian Press:

“It’s 2018, and were spending millions of dollars of public money supporting the oil and gas industry to explore for billions of barrels of oil … We don’t think that’s the way forward,” said Stephen Thomas, the centre’s energy campaign co-ordinator.

If provincial projections of eight billion barrels of oil in the province’s offshore were to prove correct, he said, it wouldn’t be wise to release their carbon emissions into the atmosphere.

Nova Scotia in particular is already feeling the effects of escalating climate change, with increasing frequency of storms, coastal erosion and tidal surges, he said.

“There really isn’t a world where we burn all that oil and meet our climate commitments.”

My back-of-envelope calculation shows that if all of the suspected offshore natural gas were burned it would result in the release of 6.4 billion tonnes of CO2 into the atmosphere. By way of comparison, all of Nova Scotia currently is responsible for about 16 million tonnes of CO2 released annually. 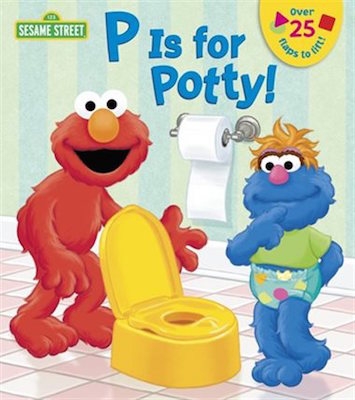 The most bizarre part of yesterday’s argument was the lawyer for the minister opening her arguments by telling us that “the theme for today’s arguments is the letter P.” P is for privilege — citizenship is a right not a privilege. It is for public safety. It is also for policy and parliament, and people, because after all everyone in the system are just people doing their best.

Imagine arguing the rights of children are irrelevant as you try to deport to a danger zone a former child refugee denied his rights by the state, and using a Sesame Street format to make your points. A children’s show.

Click here to read “Immigration lawyers used a Sesame Street reference to argue that Abdoul Abdi should be deported to Somalia.” 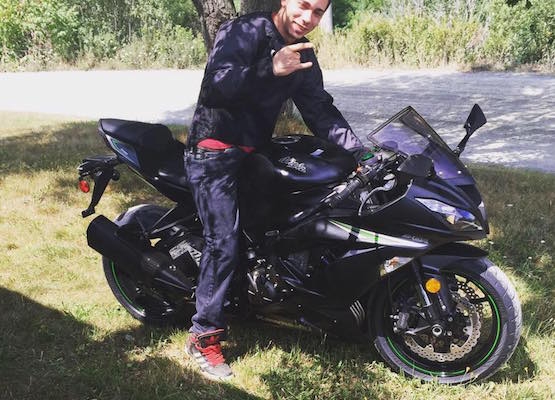 Twenty-one year-old Jamie Lee Bishop, of Lunenburg County, has been identified as the victim of a homicide that occurred early Monday morning. At approximately 12:45 a.m. on Monday morning, Bishop had been walking with a female on Hornes Rd. in Eastern Passage when a passing car stopped and someone in the vehicle shot Bishop.

The suspect vehicle is described as a dark, 4-door, Chevrolet car. The vehicle was last seen turning on to Cow Bay Rd. from Hornes Rd. 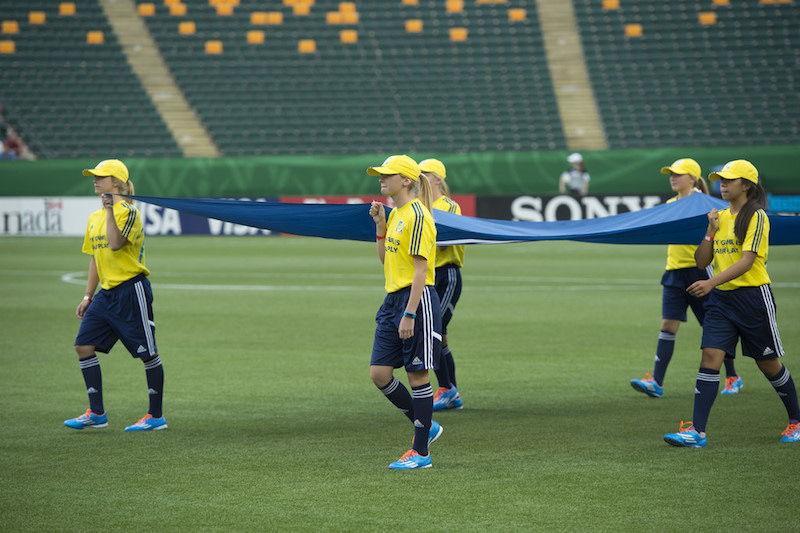 Moncton’s stadium hosted some of the FIFA women’s world cup, but nobody much showed up. Photo: http://moncton.fwwc2015.ca

TSN reporter Dave Naylor says that before Maritime Football Limited met with Halifax city council for four hours in secret Tuesday, they also met with premier Stephen McNeil. Council will hold a public discussion about the stadium on July 17.

Peeps, we’re getting a stadium.

I didn’t know what to make of this CTV article, in which Bruce Frisko contemplates the anarchy symbol:

Although definitions vary, the general consensus is it’s a symbol of anarchy, a political-system advocating self-governed societies, and Haligonians have been seeing a lot of it lately.

The intrepid reporter tracked down and interviewed SMU religious studies prof Mary Hale about this symbol and learned:

“So, what this indicates to me is that the people who are doing this graffiti are not particularly educated … about religious symbolism,” Hale said.

Anyway, Jacob Boon pulls it all together in a piece headlined “Cool-as-hell teens are tagging this city with some kickass graffiti.”

“Tree guards” are structures placed around young street trees to protect them until they get mature enough to stand on their own. You think it’d be impossible to produce a photo essay about the evolution of tree guards over the course of Halifax history? Ah, you haven’t met Stephen Archibald:

In a side by side comparison, the earlier [1870] Court House guard is a truly about guarding, perhaps to discourage grazing by loitering horses. The later [c 1880] iteration is elaborate street furniture in a Victorian style, probably more decorative than functional. 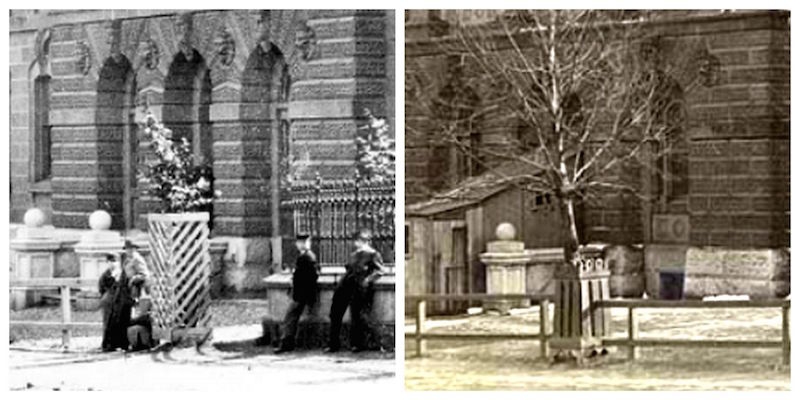 Community Planning and Economic Development Standing Committee (Thursday, 10am, City Hall) — the committee is going to hear about feral cats and consider a motion to preserve “historic infrastructure” through the upcoming streetscaping plan for Spring Garden Road. The latter started as a suggestion to save the old streetcar poles along the road — I counted eight of them between Barrington Street and South Park Street last time I walked the road — but has since been expanded to include other unspecified “infrastructure.”

Inspiration and Impact: Our Year In Review (Thursday, 10:30am, Ondaatje Hall, Marion McCain Building) — from the event listing:

Join Dalhousie President Dr. Richard Florizone and members of the university’s senior administration team for the 2018 year in review. This session will highlight some of Dalhousie’s success from the past year, discuss progress towards the goals of our Strategic Direction and provide an opportunity to answer your questions and hear your feedback. Questions are welcome in person, by email ([email protected]) or via Twitter (#dalinspire). ​Following the session, attendees are invited to attend a short reception.

It’s the Bees’ Knees (Thursday, 6pm, Jenkins Hall) — this is a “chef-curated” dinner consisting of a three-course meal that apparently includes a lot of honey, and while you’re eating you can listen to “various researchers [talk about] honey, bees, poultry and striped bass and their role in agriculture.” Twenty-five bucks per; register to [email protected]

I have this dreadful premonition that starting today the sun will start gradually disappearing, the days will get shorter and drearier, and in just a few months the planet will be a cold, lifeless ice ball.