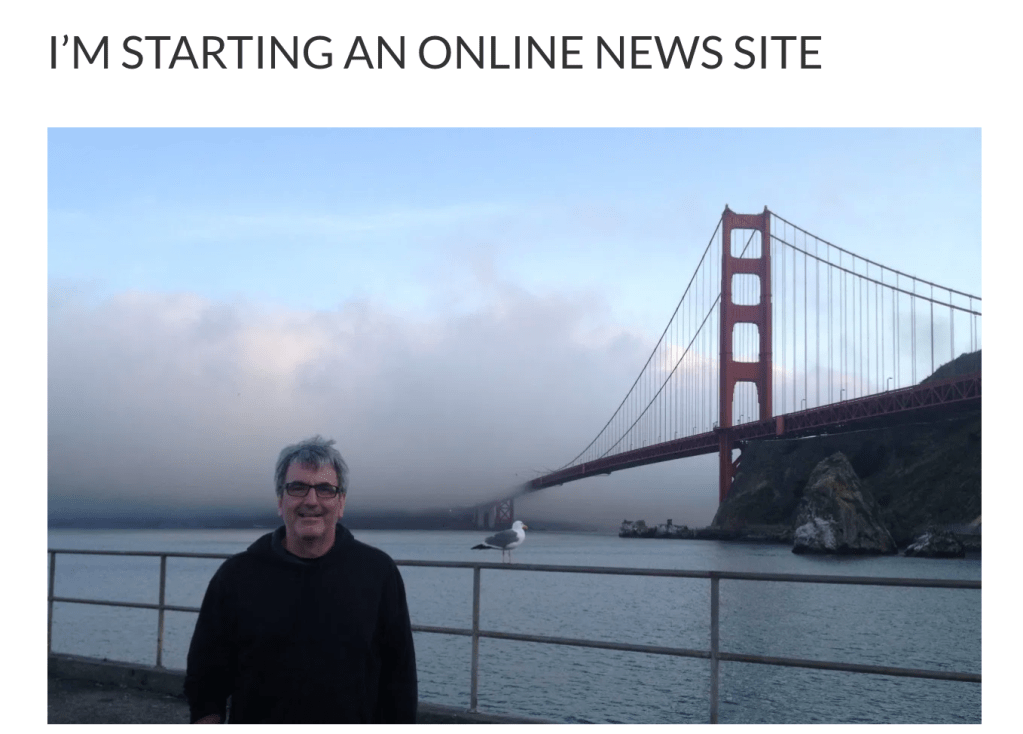 Sometime in early 2014, I began to hear rumours Tim Bousquet was planning to launch his own local online news site. I knew Tim as the city editor at The Coast. He was a fine journalist, an indefatigable reporter whose turn-over-every-rock investigations into city hall concert scandals and the personal will-finagling of Peter Kelly, the city’s longtime mayor, had eventually driven Kelly from office in disgrace.

But a publisher? And — more daunting — the publisher of an online news site that would depend entirely on paying subscribers for its survival. Not to forget that Tim’s broader declared intent was to create what he called “an independent, adversarial news site devoted to holding the powerful accountable” in a city where holding the powerful to account in an independent, adversarial way seemed anything but a ticket to commercial success.

At the time, I was closing in on retirement after a more than 30-year career teaching journalism and filling my own off-hours freelancing for a variety of publications that had mostly ceased to publish by then. It had seemed a dark time for journalism everywhere, and a dismal time to be launching what seemed certain to be yet another doomed venture.

I remember I wished Tim well. And privately hoped he’d find a way to stay in Halifax after the inevitable demise of his journalistic dream. We definitely still needed journalists like him in this province.

That was seven years ago.

Last week, Tim announced his own big new news: The Examiner is one of 10 independent digital journalism businesses selected from more than 150 applicants across North America to be in the first cohort of something called GNI Startups Lab.

GNI stand for Google News Initiative, and the lab is a six-month program to provide “the coaching and capital to help news businesses work toward sustainability.”

While you can find the details in Tim’s announcement and more background here, one of the key takeaways for me is that there will be funding to allow Tim to hire a new employee, whose presence will “take much of the business side of the operation off of my shoulders, freeing me up to do more reporting.”

Consider the amount and quality of the reporting Tim has managed to do — can you say uncovering the Glen Assoun wrongful murder conviction, covering the ever-evolving COVID-19 pandemic, doggedly demanding answers about what really happened during Nova Scotia’s mass shooting and why — all while managing a demanding, growing business.

That alone makes last week’s announcement excellent news for Tim, but even better news for Examiner readers and for journalism in Nova Scotia.

But it was not the only promising local journalism news I read last week. Christine Oreskovich, the publisher of The Coast sent a note to the publication’s donors to mark the one-year anniversary of “The Coast publishing during COVID times.”

The Coast, an advertising-dependent, mostly print publication best known for its vital arts and entertainment coverage — was whacked by multiple whammies during a pandemic year when there was almost no live entertainment and no advertisers to encourage it.

Despite that, The Coast — unlike many alt-weeklies across North America — did not fold. Instead, it went online, publishing regularly while reimagining “a sustainable future through building and supporting subscription, membership and donation models.”

It has emerged from that process, Christine says, “with a new mission statement, focus and vigour… We made a plan to print five special issues of the newspaper in 2021, and double down on the online version by providing daily coverage about Halifax that you cannot read anywhere else.”

Perhaps most encouraging — and exciting — to me was news that The Coast will soon publish multi-award-winning former Globe and Mail foreign correspondent Stephanie Nolen’s “deep dive into what happened at Northwood in the early days of COVID.” Working on the story since last fall, Stephanie — who now lives in Nova Scotia — “has interviewed families who lost loved ones, Northwood staff and nurses, along with the politicians who made funding and PPE decisions.”

Stephanie’s deep dive, Christine notes rightly, “is an example of the work it takes to tell a complex story — and tell it well.”

Despite the pandemic — or perhaps, in strange ways, because of it — the future of reader-supported real journalism in Halifax is looking up.

And that’s good news for all of us.