Today’s Morning File is written by Lewis Rendell. I’m one of Tim Bousquet’s CFA henchmen and his consultant on millenial culture.

As Ian Fairclough reports for Local Xpress, the RCMP have charged a Sherbrooke woman with mischief, believing her (terrifying) report of a random sexual assault on Friday night to be untruthful.

The 24-year-old woman will appear in court on October 26.

2. Trade your guns for bus tickets 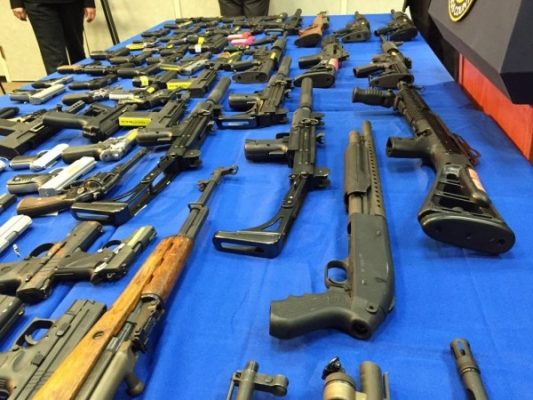 This haul could get you to and from Burnside Industrial Park for a year!

If you have an illegal firearm but would rather have that weird sinus cold people sometimes get from riding public transit, I’ve got the best news you’ll hear all day. Halifax council is considering a gun buyback program with bus tickets as the incentive, reports Zane Woodford for Metro.

Today, council will begin to debate the gun amnesty program that would hand over 50 Halifax Transit tickets and no disciplinary actions to folks dropping off firearms and ammunition. A 2009 program called Pixels for Pistols was a sweeter deal, handing over cameras to citizens voluntarily disarming themselves. Firearms trading may actually be cheaper than buying a monthly transit pass, though, so I’ll see y’all on the bus.

3. These llamas aren’t messing around

I think that any news story that begins with “inside the fluffy body of a llama beats the heart of a warrior” is worth sharing. As David Burke reports for the CBC, farmer Bob Ottenbrite uses aggressive guard llamas to protect his sheep from coyotes, and probably has his sheep ridiculed by their peers.

1. Michael Lightstone: Buzz off with your buzzwords

Michael Lightstone has had just about enough of your shit, everyone. In an opinion piece for Local Xpress, Lightstone shakes his fist at the sky, rallies against ten cliches.

In no particular order, here are 10 examples of words and hackneyed phrases to exclude from your reports prior to deadline:

• “Iconic.” Man, I hate this overused word. It’s in news reports for everything from run-of-the-mill buildings to pop singers. The pyramids in Egypt are iconic. Justin Bieber is not.

• “Closure.” A terrible term used by police, victims’ relatives and others who’ve responded to an unexpected death. Although cops, health-care workers, school officials and politicians may mean well, their reliance on closure when speaking of loss, grief and emotional pain is cringe-worthy. Reporters should avoid the word like the plague.

• “World-class.” Tim Bousquet, the no-nonsense Halifax journalist and publisher of the Halifax Examiner news site, has launched a jihad against this godawful phrase. Thank you, Mr. Bousquet.

• “Legendary.” In the same class as the saying above. So many people and things are legendary these days, it’s hard to keep track of all this world-class stuff without a program.

If I’d had more coffee/foresight this morning, I’d have tried to slip all of them into this Morning File. (Which would’ve been your last – Ed.)

2. Not-so-cranky letter of the day

This letter is a week old, but it’s pretty good. A Port Hawkesbury man doesn’t like the Tragically Hip but believes something special took place during their farewell. But before he tells readers how special it was, he really, REALLY has to tell how readers just how much he doesn’t like the band.

“First, a confession: I’m not a fan of The Tragically Hip.

So, with that out of the way, my next confession shouldn’t surprise you: I wasn’t among the 11.7 million people estimated to have tuned in to CBC’s live broadcast of the Hip’s final concert on August 18. (Cathy and I caught “New Orleans Is Sinking,” which opened the band’s first encore, and decided that experiencing one song we’d heard before would suffice.)

Given the nationalistic fervor that erupted across Canada in the hours leading up to, and following, “that night in Kingston,” I imagine there are already a few of you who are arranging for my deportation papers after reading the last few paragraphs.

Relax, folks. Music, like any other art form, is all subjective. You have your favourites and I have mine. It doesn’t make us any more or less Canadian.”

In celebration of both Labour Day and the magic of friendship, the declared District 8 candidates for the upcoming municipal election got together to officially nominate one another for the seat on city council. D’awww.

Happy Labour Day! In the spirit of camaraderie, today, declared D8 candidates met to sign as each other’s nominators pic.twitter.com/LZuQzjv1LM

Better Nights, Better Days (ongoing throughout the year) — Penny Corkum and her partners across Canada will start delivering an evidence-based online intervention program for parents who have children that experience sleep issues. Visit www.betternightsbetterdays.ca for information on participating.

Tim is back from vacation.