You are here: Home / Black Nova Scotia / Lionel Desmond was a victim of racism, cousin testifies at inquiry

It was two years ago this month that Raymond Sheppard first wrote in the former Nova Scotia Advocate about the role racism played in the case of his younger cousin, Lionel Desmond, who, in 2017, killed his wife, Shanna, mother, Brenda, and 10-year-old daughter, Aaliyah, before killing himself.

Desmond who served in the Canadian Armed Forces (CAF) in the war in Afghanistan suffered from Post Traumatic Stress Disorder (PTSD). An inquiry into deaths is now underway. 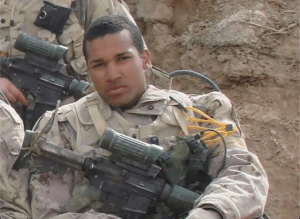 Lionel Desmond in a 2007 tour in Afghanistan that “was said to be the bloodiest of the Canadian Military’s combat mission,” according to Raymond Sheppard.

Sheppard testified at the inquiry on October 13 after putting in an application to testify. Though a lot of reporting has been done as to whether Desmond received adequate mental health treatment following a seven-month tour in Afghanistan in 2007, Sheppard’s testimony highlighted how racism he says Desmond experienced in the CAF also contributed to his PTSD. Sheppard chronicled in his articles some of what he learned about Desmond’s experiences.

“There was one particular incident that stands out,” Desmond’s brother-in-law Shelton Borden told Sheppard in one of Sheppard’s previous articles. “Three guys that had been harassing him jumped Lionel in the men’s locker room and used racial slurs such as “chocolate milk” in reference to his wife (my sister Shanna). Lionel ended up successfully defending himself against the aggressors and ended up going to summary trial in response to the attack. There would definitely be records of that summary trial if we looked into it.”

Borden told Sheppard that he often “would witness [Desmond] coming home from work and saying ‘those racist bastards’ on a weekly basis,” only for these sentiments to become “more extreme” over time.

A retired Black CAF Senior Non-Commissioned Officer, Rubin “Rocky” Coward also spoke with Sheppard, and said, “I simply don’t want it to be said that Lionel merely had PTSD and, it was only attributable to action he seen. Racism is an action we see as well.” 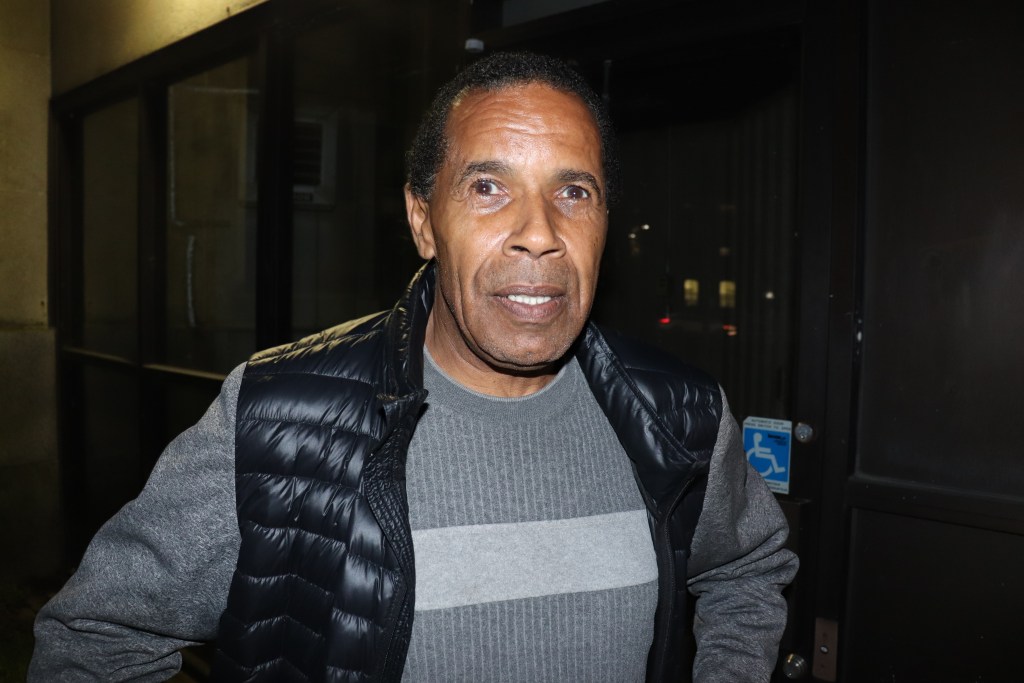 Early in his testimony at the inquiry, Sheppard talked about Desmond in his youth and said he was a playful and “happy-go-lucky individual who was respectful and helpful to others including seniors in the community.”

“In my opinion,” he said, “Lionel Desmond had none of the severe risk factors like an alcoholic or drug-abusing parent, sexual molestation, violence at home, as well as mental illness in a family member that might have triggered or stimulated violence.”

Sheppard said that Desmond’s 2007 tour in Afghanistan “was said to be the bloodiest of the Canadian Military’s combat mission with many casualties as a result of the gruesome guerrilla campaign of the Taliban.”

Sheppard described PTSD by saying that it “is most often triggered by a terrifying event — either experiencing it or witnessing it. Symptoms may include flashbacks, nightmares, panic attacks, thought of suicide, and severe anxiety, as well as uncontrollable thoughts about the event itself.” He told the inquiry that, if left untreated, “symptoms can become worse and last for years thus interfering with activities of daily living and therefore affect one’s quality of life.”

Sheppard went on to explain how racism — specifically, being victim to anti-Black racism — can contribute, or, in of itself, be the direct cause of PTSD by “(leaving) one feeling helpless and emotionally shaken … One most often becomes traumatized.”

He quoted the American Psychiatric Association, which stated: “Racial trauma repeated over time and the individual and or individuals enduring these hatred acts can develop reduced self-esteem and they can internalize the hatred.”

Sheppard said that when historical anti-Black racism and hate, or PTSD2 (Post Traumatic Slavery Disorder), is compounded with PTSD like the kind experienced by soldiers who return from war, “many are left feeling numb, disconnected, and unable to trust other people. This is especially the case for those charged with the responsibility to serve and protect.”

“In Lionel Desmond’s case racism has emerged as a parallel narrative in the discussion over PTSD. Many family members, friends and others who have served in the CAF believe he also suffered from Post Traumatic Slavery Disorder (PTSD2).”

“Any racist bullying, racial taunts and slights in any workplace can mentally scare, but in confined quarters it is compounded.”

“In February 2021, only one mental health professional mentioned that Lionel has shared that he was subjected to racism while a member of the CAF. Since 2017,” Sheppard said, “I have personally spoken with at least 17 present and past members of the CAF, who all say that they also experienced racism in the CAF, and that there is no doubt in their minds that Lionel was also a victim of racism.”

Indirect factors and connecting the dots 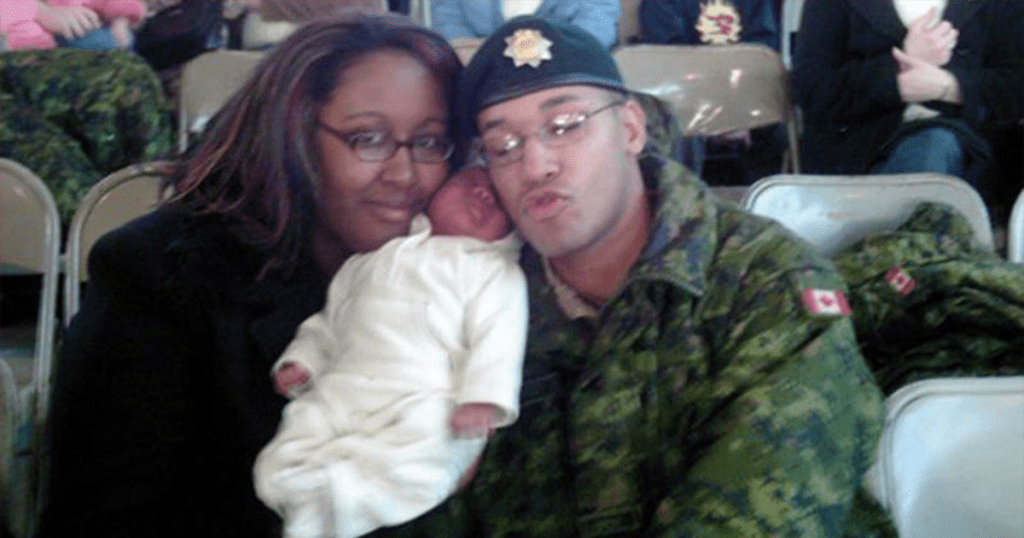 “It does not take a genius, although the research is available,” Sheppard said, “to appreciate that racism and hate experiences induce physiological and psychological trauma that leads to adverse changes in mental health.”
Sheppard said that “when sustained for a period of time this internalization can lead to physical and mental problems, even disease.“

He said that, with respect to anti-Black racism, African Nova Scotians are often taught to simply “rise above it.” He stressed, however, that “the effects of this kind of trauma run deep and do not just go away.”

“This may be why there are increases in the number of African Nova Scotians diagnosed with hypertension, heart disease and cancer, etc.” he said.

“Whether psychological trauma happened yesterday or years ago, it can continue to affect one’s life, thoughts and reactions,” he told the inquiry.

Sheppard also testified how acts of terror can even have a negative effect on people who weren’t even directly involved.

“Viewing and or knowing about these incidents can most times produce traumatic stress all on its own.”

“Some, I am sure, believe one incident of racism and hate may be given too much attention and importance,” he said. Though he went on to note that “closer observation reveals a lifetime of acts of racism and hate” can fester and compound, leading to psychological wounds and physical ailments.

“Similarly, research shows race-based trauma may result in Post-Traumatic Stress Disorder (PTSD). Where these acts cannot be predicted when they are perpetrated it leaves victims anxious and hyper-vigilant and often depression results based on feelings of powerlessness to change the system that supports racism and hatred based on privilege, power and control, and profit,” he said at the conclusion of his testimony.

The day after Sheppard’s testimony, Shane Russell, senior legal council for The Desmond Inquiry wrote him to thank him, stating, in part: “I want to thank you. Your submissions yesterday were insightful, eloquent, and will no doubt be a catalyst for meaningful and accountable change as we attempt to learn from such a horrific tragedy. I’m certain the community and the Desmond and Borden families are grateful that you have been with them every step of the way.”

After being adjourned in March of 2020 for nearly a year due to the COVID pandemic, the Desmond Inquiry resumed this past February and is ongoing. Applications forms and information on how to participate in the inquiry can be found at desmondinquiry.ca.