You are here: Home / Featured / Like a turtle crawling out of a mulch pile

1. Al-Rawi asks for second assault charge to be quashed

Reporting for the CBC, Blair Rhodes recaps the history of sexual assault investigations and charges against former Halifax cab driver Bassam Al-Rawi.  While his first charge from a 2015 incident will be re-examined in a retrial, a fresh, second charge from an earlier 2013 incident is also in the courts. Al-Rawi’s lawyer appeared in court Monday to ask for a hearing to quash the charge. Al-Rawi is currently living in Germany.

Yvette D’Entremont for StarMetro Halifax reports on the latest fatality on Nova Scotia highways, which includes a 28-year-old woman,  a 57-year-old man, and a 44-year-old woman, all of whom have been killed in highway accidents over the course of three days.

We are so accustomed to highway deaths in Nova Scotia, it can be easy to forget what awful tragedies they are. 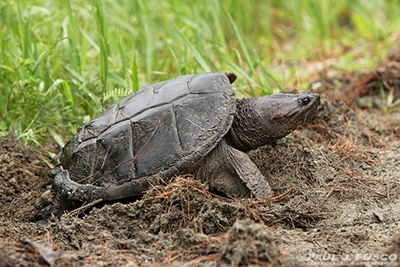 A snapping turtle, wondering where they hell she is going to lay her eggs now.

It’s been a tough summer for snapping turtles.

Earlier this month, one determined turtle mama saw fit to lay her eggs in a mulch pile in Lower Sackville. Luckily, the owner of the pile caught sight of her emerging after laying, and so 42 snapping turtle eggs were rescued and delivered into the care of Hope for Wildlife, reports Andrew Rankin for the Chronicle Herald. Rankin went on with more information about a volunteer group called the Turtle Patrol:

Paul Turbitt, a retired IT professional, and biologist Clarence Stevens make up the Turtle Patrol, with a handful of volunteers. The pair scoured snapping turtle habitat in the Halifax area last year, finding 185 hatchlings and delivering them to freshwater homes. Turbitt says because of human encroachment, female turtles have to search further to find appropriate nesting areas. Lakeside areas that used to offer prime sand and fine gravel nesting spots have been replaced by cottages. More humans also mean more raccoons, which feed on the eggs, he said.

Meanwhile, over at the CBC, Danielle D’entremont reports on another Turtle Patrol egg rescue mission at Red Bridge Pond in Dartmouth, where four snapping turtles have been laying their eggs for more than 70 years. This mission was not quite as successful. While the Turtle Patrol rescued 50 eggs, other nests were buried by a city-contracted construction crew who dumped rock meant to prevent erosion at the site.

The CBC’s Emma Davie takes a look at the story of the town of Lunenberg coming to grips with its polluted harbour. It’s been a long struggle for town authorities to acknowledge and start taking steps, like commissioning a study of their 15-year-old sewage treatment plant, to fix the problem. “The mood has shifted,” writes Davie.

While anxious officials at first tried to quell the concerns and worried Lunenburg’s world-class reputation was at stake, there has since been a reckoning that has seen the town try to get to the bottom of the mystery of what’s happening in its harbour. 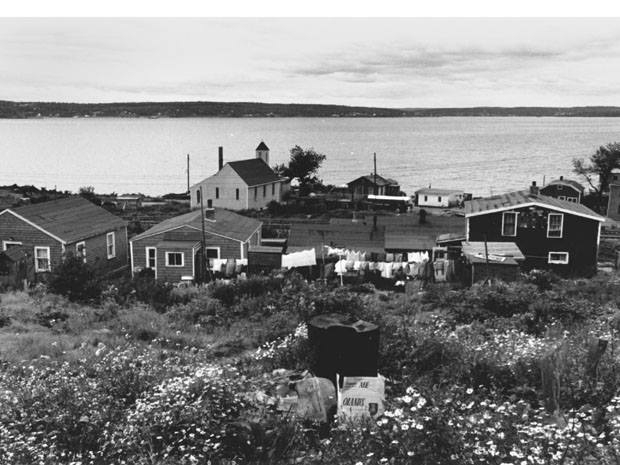 The 35th annual Africville Reunion starts on Thursday. The massive gathering takes place mostly at Africville (Seaview Park) but branches out to other venues to help mark the 35 year anniversary.

If you miss the 10-day-long event, you may be able to get a taste of the reunion in the pages of an upcoming children’s book by Shauntay Grant, which looks at the story of Africville from a past & present perspective, reports Yvette D’entremont for StarMetro Halifax. 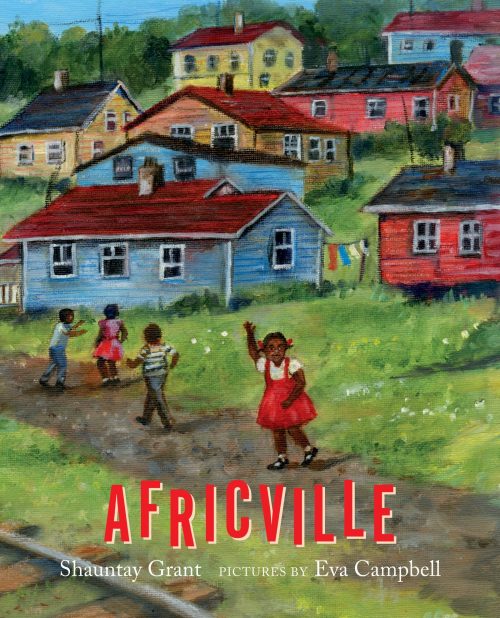 The Nova Scotia Advocate’s Robert Devet recounts some of his experience with the Shambala organization, and finds the surprise over the allegations a little hard to swallow. He also posits that Shambala’s troubles are entrenched in the very core of the group.

Trungpa, then Tendzin, now Mipham, were at the top of a pyramid. They are gurus, people you bow to, people who need to be served and their every wish fulfilled. They are not to be doubted.  Oh, and then there is reincarnation, for added authority.

I don’t think that attitude fundamentally changed since I left. It is what’s at the root of what has plagued the Halifax-based organization for some 40 years now.

And it can’t be fixed, not really, not with obedience to a guru being such an intrinsic component of Tibetan Buddhism.

Regional Council (Tuesday, 10am, City Hall) —  It may look like a mulch pile, but there are plenty of hidden eggs in this week’s massive council agenda, including three significant public hearings, on:

And there’s more. The packed agenda includes a proposal to expand the committee to figure out what the hell to do about Cornwallis, and the approval of the Strategic Road Safety Plan, which I wrote about last week (for subscribers.)

Audit and Finance Standing Committee (Wednesday, 10am, City Hall) —  The agenda includes approval of HRM’s year end financial statements for 2017-2018, along with what to do with the $17 million surplus from the general tax rate. About $5 million will go to the multi-district facilities reserve to cover the shortfall of the Scotiabank Centre (you gotta wonder what kind of NSF charges they have to pay). Another $2 million is slated for the Convention Centre reserve, and nearly $10 million will go to general contingency reserve, which means if anyone tells you the city can’t afford to plow the streets properly this winter, you should definitely question them further on that one.

10am: Radcliffe R. Latimer, bulker, sails from National Gypsum for sea
11am: Arsos, container ship, arrives at Pier 41 from Miami

If you need relief from the heat today, I hear council chambers are air conditioned.