You are here: Home / Education / Liberals pause in face of “public fury” over closed schools 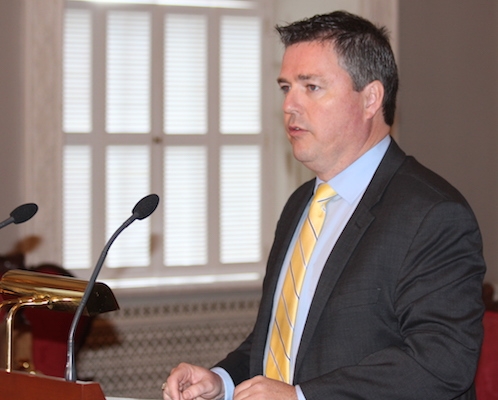 The McNeil government is apparently trying to find an escape from the “public fury” over its decision to close the province’s schools to students.

The school closure was announced Saturday by Education Minister Karen Casey. The government also called the legislature back into session at 10am today, and said it would table legislation that will force a contract on teachers union, NSTU.

But a press briefing on that legislation scheduled for 9:30am this morning was delayed, and then House Leader Michel Samson told reporters that the legislature would take an immediate recess while the government negotiates with the NSTU. Union officials, however, said no one was speaking to them.

Samson was clearly not fully informed on what his government was doing.

Both official opposition leader Jamie Baillie and NDP leader Gary Burrill welcomed the pause, but neither knew what the Liberals are doing this morning.

“It’s not clear what’s happening,” said Burril, “but surely they can’t be tone deaf to the public fury.”

Speculation is that Liberal backbenchers have been hearing that fury from constituents non-stop since Saturday’s announcement, and have told the leadership they need a way out.

Talk at Province House is that the government seeks a temporary agreement with the NSTU around the so-called “safety issues,” which will allow schools to reopen.

The legislature is now in recess.