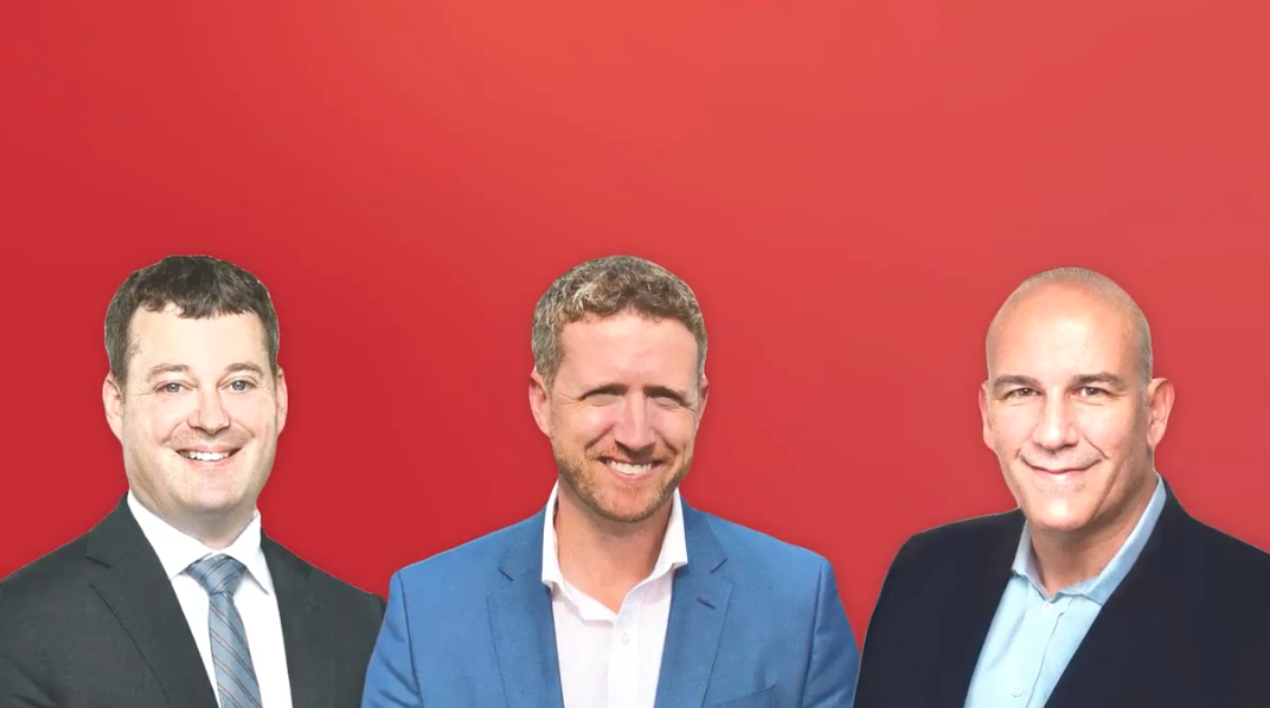 The 8,100 people who paid $20 each to elect the next Liberal leader — and therefore the next premier of all Nova Scotians — begin voting today.

Votes for the candidates (former Health minister Randy Delorey from Antigonish, former Labour and Advanced Education Minister Labi Kousoulis from Halifax, and former Lands & Forestry Minister Iain Rankin from Timberlea-Prospect) can be cast online or by telephone until 3pm Saturday.

Premier Stephen McNeil’s replacement will be announced at the “virtual” convention this weekend. At this point, only a fool would predict who will get the job.

Like recent leadership conventions that saw the Conservative Party of Canada elect Erin O’Toole and Andrew Scheer before that, Nova Scotia Liberals will use a preferential ballot system. Delegates will rank their first, second, and third choice for leader. If no one candidate gets more than 50% on the first ballot, the candidate with the fewest votes drops off and the delegates who voted for the loser will then see their “second choice” votes count toward the total.

But wait, it gets even trickier to predict a winner. To mirror what might happen if a provincial election were called, all 55 ridings or districts receive the same 100 points, regardless of how many delegates have registered in each district.

But back to Nova Scotia and the task at hand. Last night, all three Liberal leadership hopefuls gave their final 10-minute pitches to the party faithful (and anyone else keen enough to pay 20 bucks to get in on the political action). There wasn’t a single angry word or verbal attack among the rivals as they attempted to differentiate themselves and win the hearts and minds of the delegates watching online. Here are a few highlights from those speeches.

The child of immigrants candidate

“This week for the first time in our history, you can elect a different kind of premier. I’m honoured to live in a place where someone named Labi Kousoulis can become MLA, be appointed to Cabinet, and now stand before you asking for your vote to become the next premier.”

Labi Kousoulis was born in Nova Scotia of Greek parents who arrived through Pier 21. He’s got an inspiring back story, claiming his parents “worked all but two days a year” running the diner at the former Acadian Lines bus terminal in Halifax. He took out student loans to get through university and later worked as a loans officer for a bank in parts of rural Nova Scotia.

Nova Scotia Immigration Minister Lena Metlege Diab introduced Kousoulis and said she is supporting Labi because, like her parents, his instilled “values of hard work and higher education,” which speak directly to her experience as “the child of immigrants.”

If he is elected premier this week, 50-year-old Kousoulis is promising to establish a new Ministry of Mental Health and Addictions, following the lead of other provinces where the outcomes are better, he says.

He’s also got an idea to help the environment. “My commitment includes directing all resource-based revenues into a new Green Fund,” Kousoulis said last night. “This will be transformational, and it will allow Nova Scotia to get off coal sooner rather than later. Some have said to me, how can we afford that? And I say, ‘how can we not?’ When your house needs repairs, you do them immediately to save having to do more costly ones down the road.”

Randy Delorey has been Health minister for three years, Finance minister for two years, and Environment minister prior to that. The former St. Francis Xavier business instructor was introduced by Kelly Regan, the minister of Community Services and a long-time colleague. “He’s the one person who can handle the pressures of being premier,” said Regan. “Stephen McNeil has trusted Randy with some of the toughest jobs in government. We should trust him now with the toughest one, especially during a pandemic.”

Indeed, 43-year-old Delorey is playing up his credentials as the former Health minister, despite mixed reviews on his ability to deal with stubborn issues such as the shortage of family doctors and inadequacies in long-term care which may have contributed to the death of more than 53 residents at nursing homes last spring.

“Getting us through this pandemic depends on flawlessly executing our Public Health Strategy and efficiently delivering the vaccine,” said Delorey. “We cannot afford for our new premier to be learning about our COVID response on the job. As the minister of Health, the decisions I made helped guide us through the first wave of the pandemic and make Nova Scotia one of the safest places in the world.”

Delorey resigned as Health minister in August to run for the Liberal leadership. Among other promises, he has committed to offer zero-interest loans and grants to homeowners to improve energy efficiency; a tax holiday in 2021 for restaurants and small food service businesses; the creation of walk-in mental health clinics across Nova Scotia; and coverage of basic dental care and some hearing-aid costs for low-income seniors.

(Earlier this morning, his team issued a news release re-stating these earlier commitments and promising that within the first 30 days of taking office as premier, Delorey would discuss “vaccine supply issues” with federal and regional leaders).

At age 37, Iain Rankin is the youngest candidate in the race and has made the strongest statements around green jobs and fighting climate change. He served in the McNeil cabinet as Environment minister before being shuffled to Lands and Forestry.

Rankin has committed to moving the province off coal a full 10 years sooner than Nova Scotia Power is forecasting.

“I refuse to stand by and burden future generations with the cost of inaction on climate change,” said Rankin, MLA for Timberlea-Prospect. “Major employers, including Michelin, are adopting net-zero carbon emission targets and we have to adapt or we will be left behind… I’m committed to making Nova Scotia the first carbon-neutral province in Canada. Each year, we spend more than $150 million to buy coal from other countries. That’s millions we could invest right here in local renewable energy and create skilled trades job. Communities like Springhill, with their geothermal energy, are leading the way in alternative energy.”

Rankin’s family has Cape Breton roots, and Sydney MLA and Energy minister Derek Mombourquette introduced the candidate as his “friend and colleague.”

Rankin was the only one of the candidates to speak several sentences in passable French. He also touched on social justice issues, saying “everyone deserves the chance to succeed but many Nova Scotians are denied that chance because of the colour of their skin, because of who they love, where they worship, or because they have a different ability. Community leaders are finding a way to give their communities a voice. We must follow their lead and become a true partner in creating a just society. The eradication of discrimination is the right thing to do.”

Prior to entering politics, Rankin worked for a storage company in Ottawa and later ran the family gas station in Timberlea.

One of these three men will become the next premier. COVID-19 has changed how the Leadership election will look — no crowds, glad-handing, t-shirts, or hospitality suites this year. The Big Reveal will come Saturday evening between 5 and 7pm, and you can watch online as the results are read out at liberal.ns.ca/leadershipconvention.

The “virtual” convention will also include a tribute to outgoing leader Stephen McNeil who will retire from politics after finishing his term as MLA for Annapolis and winning two mandates as premier.