You are here: Home / Commentary / Letter from Black community to Premier and Chief Medical Officer has been vandalized with racist comments

Organizers of an open letter from the Black community to Premier McNeil and Chief Medical Officer Robert Strang say that the letter has been vandalized with racist comments. 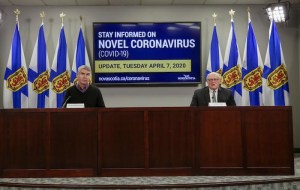 The letter, which collected over 250 signatures in two days, calls for an apology for the comments McNeil and Strang made about the North Preston, East Preston, Cherry Brook, and Lake Loon area in their April 7 press conference. In addition to an apology, the letter demands the immediate gathering of race-based data and the development of a proactive plan to address COVID-19 in African Nova Scotian communities. The letter reads, in part:

The ill-advised choice to single out North Preston has caused harm and also signals the inability of the Premier and Chief Medical Officer to understand how anti-Black racism impacts our lives and our health care. The following day, Dr. Strang claimed he did not know why people were being stigmatized and judged. We state that the reason for this stigmatization and judgement is racism. Anti-Black racism is not simply calling people by the n-word. It is also the daily micro- and macro-aggressions Black people encounter. The impacts of racism makes us members of the “more vulnerable” and this must be acknowledged.

Organizers say the vandalization of the letter shows exactly why the comments made at the briefing were harmful, and that singling out these communities has heightened anti-Black racism. African Nova Scotians are being blamed for spreading the virus, despite the majority of the cases in the province being related to travel, and with the biggest outbreaks concentrated in long term care homes.

One comment left on the form to gather signatures, divided over the fields of the form, reads:

How about you people apologize to us for infecting Dartmouth instead of blaming everyone else take responsibility for your actions.

In addition, community members who have circulated the letter and who have shared news stories about the communities say they have experienced racist messages sent to them on social media and in comments.

Dr. OmiSoore Dryden, who was involved in writing the letter, has experienced harassment online in response to sharing the letter and speaking in the media. Dryden says these racist responses demonstrate the need for officials to speak out publicly and acknowledge the impacts anti-Black racism has on the health of African Nova Scotians:

Overall people have been supportive of the open letter, sharing it widely, signing and encouraging others to sign. But as always happens, there are people who attempt to interrupt this important and urgent moment to spread racism and to racially harass.

Not only have people gone to the online form to leave racist messages, they have dm’d me on various social media platforms. Confronting anti-Black racism remains urgent and necessary. It is important work. Rightfully, people of North Preston, East Preston, Cherry Brook, and Lake Loon immediately spoke out about how the actions of the Premier and Chief Medical Officer would exacerbate already existing stigmas and this is exactly what is happening.

If the Premier and Chief Medical Officer are truly concerned about all of us then they must unreservedly apologize for the harm they have caused some of us. African Nova Scotian lives also matter during this pandemic. This is the only way forward.

The Premier and Chief Medical Officer must apologize at their daily briefing and demand that people stop racially stigmatizing already marginalized and vulnerable communities.  And then perhaps they will finally move toward collecting disaggregated race-based data so that we can finally and fully address health disparities. 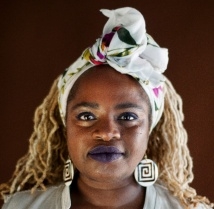 Lynn Jones, who has been organizing with African Nova Scotian communities throughout the pandemic, says racist comments from officials and the public are frustrating, but not surprising:

When does it end? When we die, and we disappear and we’re no longer around? How much more can we take? They say to resist is to win, but our resistance has gone on for 400 years, and we haven’t won. We’re not winning. The only thing we can hope for is that we get back up again. But at some point, do we get knocked out?

The letter was us saying, we’re not letting you get away with this without a fight. At least it’s something. And even something that little, just asking for an apology, people can’t let even that go without making comments. But it comes from the top. People who hold these views shouldn’t be allowed to be in these jobs. An apology is the minimum.