You are here: Home / Featured / Let’s Walk: shifting the conversation from mental illness to mental fitness. 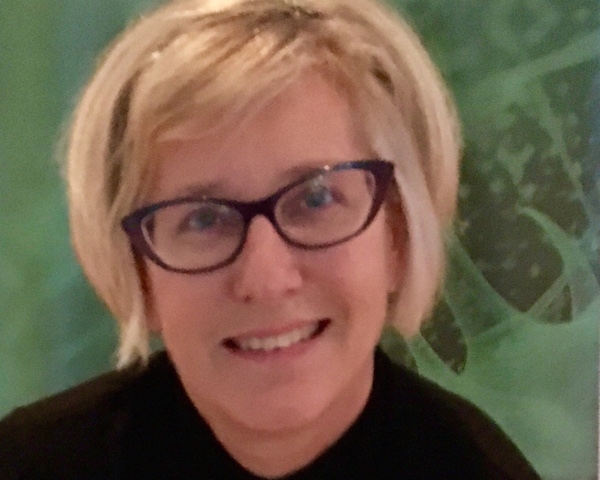 “Shame can be toxic and giving people the power to speak up is fabulous,” says Jackie Kinley. Kinley is a psychiatrist and an associate professor in psychiatry at Dalhousie University.

Last week, Bell Canada contributed $6.9 million to various mental health initiatives through its “Let’s Talk” campaign. The goal is to reduce stigma around mental illness as well as improve access to services.

With Let’s Talk behind us for another year, Kinley would like to encourage Canadians to keep talking: she also wants to see the conversation broaden to include prevention.

“Let’s shift the conversation to a fitness framework and begin to really talk about what constitutes mental health, in addition to mental illness,” says Kinley, a psychiatrist who does research on mental health and Resilience at the QE II Hospital, where she works as the Director of the Mental Health Day Program. “I like to think of the brain as a muscle, just like any other muscle in the body — and suggest we move from talking to action.”

Kinley has tagged the slogan “Let’s Walk” as a way to shift the lens from mental illness toward mental fitness.

At the hospital, Kinley sees patients with a range of illnesses many of whom have difficulty setting boundaries, empathizing with others, and regulating emotions. She says being able to empathize and deal with emotions are “skills” everyone needs to get through life and bounce back from bad experiences.

“It’s challenging to feel happy and have stable relationships when you struggle with these kinds of issues,” the doctor says.

In the past, people generally turned to friends and family for support and the community for role models. In Kinley’s practice, she sees those human interactions becoming less frequent and more physically distant (in part due to technologies such as Facebook and Facetime that connect people on a more superficial level).

“I think we are distanced more than ever from the wisdom, experience, and common sense that other generations more naturally experienced,” observes Kinley. “Technology/progress has resulted in life being easier in some ways, but in important ways it hasn’t served us. We are seeing less resilience in many individuals who struggle to cope and then as a result they may turn to technology, pornography, cutting, shopping and other addictions in an attempt to settle and soothe themselves.”

The result, Kinley says, is a flood of people struggling to handle the inherent stresses of daily life and who wind up looking for help in the medical system. “Our diagnostic system focusses on labelling the symptoms — checking off the boxes — it doesn’t make an effort to understand the person. That may work for drug trials but it can sometimes backfire.”

The psychiatrist says often people looking for help end up with a formal medical diagnosis and pharmacological treatment for their pain. While that might be indicated, in many cases it’s flawed if there is a gap or alternative step missing.

Psychological symptoms can be ambiguous and may be linked to more than one potential underlying cause. They may even naturally disappear over time or with treatment; however, diagnoses tend to stick, and unintentionally become labels. Stigma is real and diagnoses such as schizophrenia and bipolar disorder are not without impact, Kinley says, and although they might bring a sigh of relief, the impact can be both good and bad.

Tragically, people do arrive at her door telling the psychiatrist they feel “broken.”

“My focus is shifting,” Kinley says. “I like to espouse the idea that people are not broken, that they are resilient — and can recover with the appropriate support and skills.”

As for the Statistics Canada fact “1 out of 5 Canadians will experience a mental illness over their lifetime,” Kinley thinks that in itself might be stigmatizing and misleading. Instead, she believes “everybody will experience psychological distress and pain at some point in their lives and we have to be careful not to take what is normal and flag it as a mental illness — if someone is physically out of shape we don’t say they are ill; certainly they are at risk of illness, but they need encouragement, exercise, and support.”

It’s another reason why she would like to see a more pro-active approach to mental health.

“Teachers and kids are being taught in school about what’s attention deficit disorder, depression, and anxiety disorders are — what they look like. In some cases that’s not helpful; we might unknowingly, and unintentionally, be indoctrinating them into a system which pathologizes by design.”

Instead, suggests Kinley, let’s talk about what mental health is, what resilience is, and what it looks like so people can learn behaviours that condition them to stay mentally fit.

“We need to ask ourselves, what are the skills that need to be taught, learned and developed so people can strengthen their brain to stay well and prevent the risk of illness?”