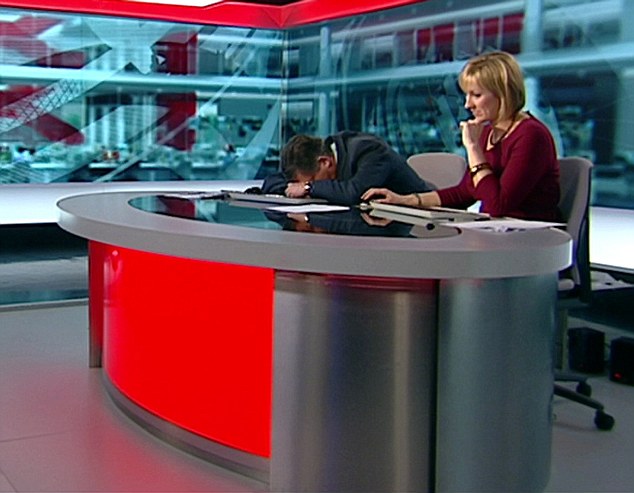 1. The CBC publishes a weasely, unfair, untrue, and sensationalist attack on workers

CBC filed a Freedom of Information request for details about provincial employees’ sick days, which is fair enough: a thorough look at employee health is a proper journalistic subject. But the resulting article is framed unfairly. “Nova Scotia government workers some of the sickest in Canada” screams the headline, and the lede tells us definitively that “Nova Scotia’s civil servants are among the sickest in Canada, according to numbers supplied to CBC News by the province.”

Except that’s not what the numbers say. Fifteen paragraphs later, and after a diatribe from Kevin Lacey, basically accusing workers of stealing from the taxpayers, we get the actual context:

So which is it? Contrast “Nova Scotia’s civil servants are among the sickest in Canada” with “The average number of 12.65 is in line with the Canadian public sector average and is below that of the federal government average.” How is it possible that these two statements are both true?

Here’s how: you compare Nova Scotia’s government workers to private sector workers. The next paragraph:

However, it is above that of the private sector, which was about eight days.

This is the worse kind of sensationalist journalism. With its headline and lede, the CBC is weasely implying that Nova Scotian government workers are taking an unusual number of sick days for government workers, but then deep in the article shows that actually, no, the numbers aren’t high for government workers, but they’re high when you compare them to the private sector. But how many readers will get past the headline? How many get past the lede? How many get past Kevin Lacey’s assertion that “it really shows that some people are really abusing this entitlement of sick days”?

Exploring why government workers take more sick days than private sector workers is a worthy project. I can think of lots of reasons that might explain it, starting with: Public employee unions better protect actual sick people, while actual non-unionized sick people in the private sector are often required to work even when they’re sick. There’s also a greater desperation level among private sector workers, which in borderline cases probably causes private sector workers to go into work while government employees stay home—”jeesh, I don’t feel so great, but if I don’t go to work I won’t be able to buy groceries this week.”  I’m even willing to entertain the notion that government workers are a bunch of sick time-thieves, but I’ll need much more information than the CBC provides to take it seriously. (And by the way, how many sick days do CBC workers take?)

I do credit the article with discussing employee stress, but I wish it had also asked the question: Do you really want the guy in the next cubicle over to come into work and cough up Ebola all day long? Haven’t we just gone through a flu season when we were urging sick people to stay home?

Pro tip for readers: What’s the very best indication for crap journalism in Atlantic Canada? When Kevin Lacey is interviewed. This is lazy, lazy, lazy reporting: “Oh, I’ve got a story about tax money, I should interview that taxpayer guy.” First of all, who the heck is Kevin Lacey to speak for taxpayers? He is the Atlantic Canada face for something called the Canadian Taxpayers Federation, but who the heck are they? As The Tyee has demonstrated:

While the Canadian Taxpayers Federation, or CTF, boasts that it speaks for 84,000 supporters, it has just five — count ’em, five — actual members who decide its policies.

And the CTF does not hold an open annual general meeting, policy conferences, or any other membership gatherings that one might expect from a group that’s constantly in the news demanding transparency from others.

Those five members form a board of directors who determine its budget, strategic plan and communications.

Donor names are secret, staff salaries are not posted by name, and while the CTF strongly denies being corporately funded and insists that 94 per cent of their donations are less than $1,000, there is no way to determine if that’s true.

So far as I can determine, the CTF conducts no surveys of taxpayers, brings in no focus groups, nor makes any other effort to find out what “taxpayers” generally are thinking. By all appearances, the CTF is a corporate-funded attack on public employee unions.

Look, it’s a free country. CTF can spout libertarian talking points all day long. Kevin Lacey is a nice enough guy, and is entitled to his opinion. But the CTF no more speaks for “taxpayers” than anyone else does. Reporters making Lacey the go-to guy for quotes on taxes is simply lazy journalism, and a disservice to readers.

The never-ending voyage of the Bluenose continues.

The Chronicle Herald’s Selena Ross reports on efforts to promote bicycle tourism in Nova Scotia. This is a smart move: bicyclists have lots of money, it takes a while to get around so their money stays here longer than most tourists’ money, and they are generally low-impact—we don’t need to build superhighways for them.

The Bike and Bean out in Tantallon is an example of businesses oriented to bicyclists, but we’ve just scratched the surface on bike tourism. I think we’d do well to emulate the Mosel region of Germany, which has created a six-day bicycle loop, almost entirely separated from cars, which brings thousands of bicyclists from around the world. I’m surprised B&Bs and restaurants in the Prospect and Peggys Cove loops haven’t marketed themselves to bicyclists, and haven’t lobbied for relatively inexpensive bike lanes and paths to cater to the potential tourists.

4. Violence in the Burnside jail

There’s an exceptional number of incidents at the Dartmouth jail, which suggests problems at the administrative level.

Fishermen are worried that an announced five cents per pound levy exceeds the two-cent levy they have supported. The two cents will go to “support generic marketing of Canadian lobster as recommended by the Maritime Lobster Panel,” explains a Fisheries & Aquaculture press release. But the department is proposing an additional three-cent levy, at least for some regions, which is catching some parts of the industry by surprise: “We are also in discussions with representatives of a region of Nova Scotia about an additional, region-specific levy of three cents for a pilot project to support efforts to improve quality,” [Minister Keith] Colwell said [via the press release]. “Representatives of that region are receptive to the idea, but it has not been finalized and will not be adopted without their approval.”

2. A Medieval German city could be the model for Canada

It’s an obvious point, and could be ridiculed (wrongly) as trite, but Dan Leger tells us bluntly: “It is no exaggeration to say that true peace can be achieved only through fair treatment of all citizens and honest government from their elected leaders.”

If your house was built before 1976, Peter Ziobrowski has good advice. 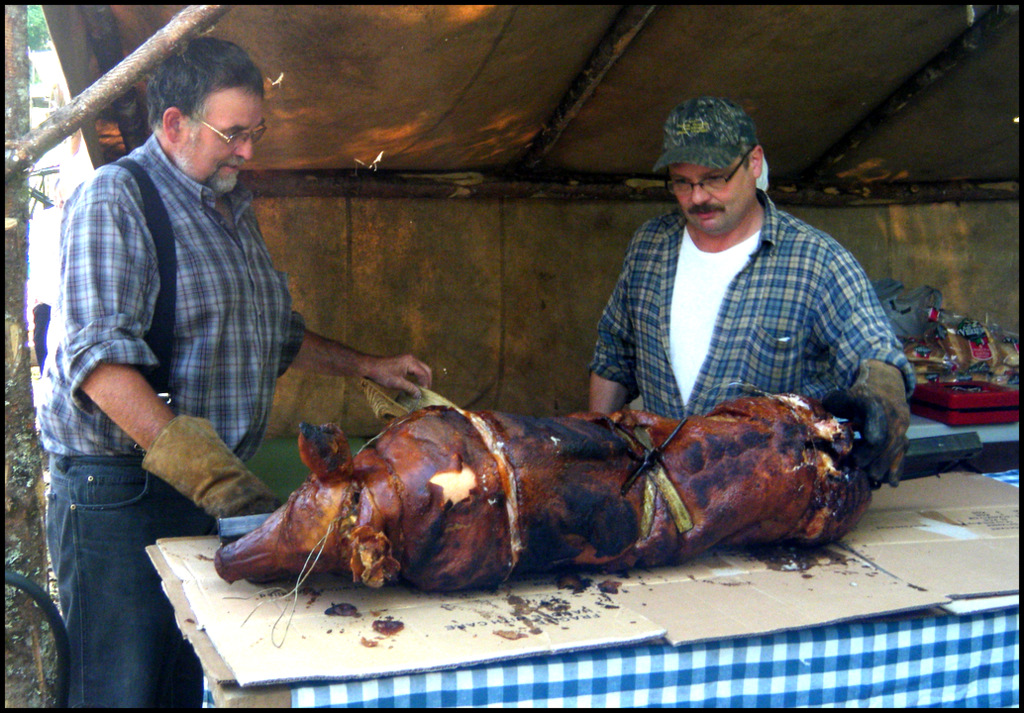 City council (10am, City Hall)—See the Examiner’s council preview. (The preview is behind the pay wall, so available only to paid subscribers; to purchase a subscription, click here.) I’ll be live-blogging the meeting via the Examiner’s shiny new Twitter account, @hfxExaminer.

No public meetings. One day, we will write something here, and all the province will rejoice.

Lots of thesis defences are coming up. Here are some over the next few days; they all are open to the public.

If you’re into beer, or if you want to be into beer, the Atlantic Canada Beer Blog is a great place to start.

It doesn’t peak until August 11-13, but Perseid meteor shower starts today. And since the mid-August peak coincides with the “super moon,” the best time for seeing the Perseid is probably now through next week.

Nova Scotia Business Inc. is going to Beligum, Netherlands, and Luxembourg in the fall, after the summer heat breaks.

Yesterday, I posted a bit about Dartmouth’s claim to be the birthplace of hockey, and then a reader pointed me to this 1660 painting by Aert van der Neer, “Sports on a Frozen River“: 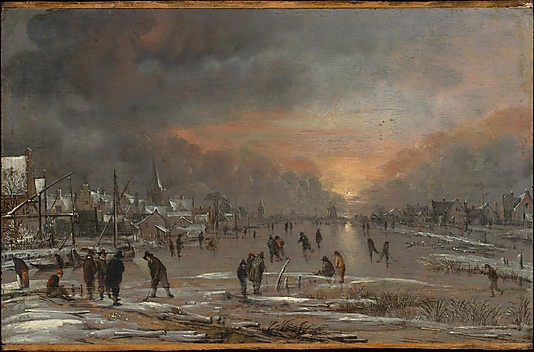 It sure looks like they’re playing hockey, or something close to it. Isn’t it obvious that people all over the world–Mi’kmaq, Dutch, English, colonists in Canada—played some sort of stick-and-ball game on ice, and when they met up to play, the games evolved with new rules and techniques? No one invented hockey; everyone invented it.