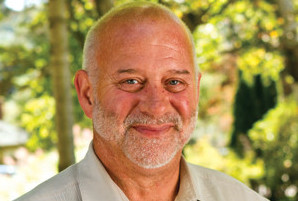 Gordie Gosse, the MLA for the Sydney-Whitney Pier riding in Cape Breton, will resign, reports the CBC. The CBC cites unspecified health reasons for Gosse’s decision; last year he announced that he was “cancer free” after undergoing a 12-hour surgery to remove cancerous growth on his neck. 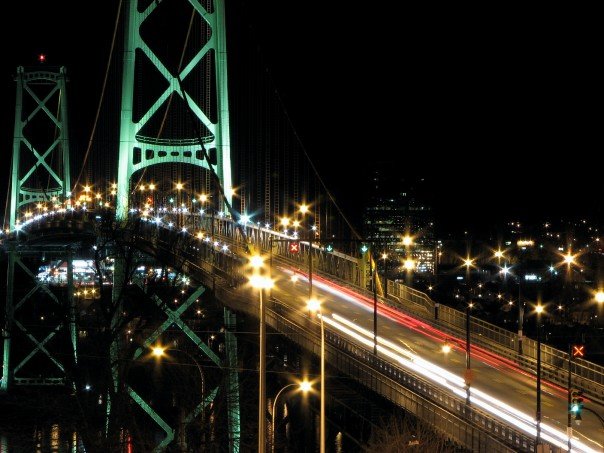 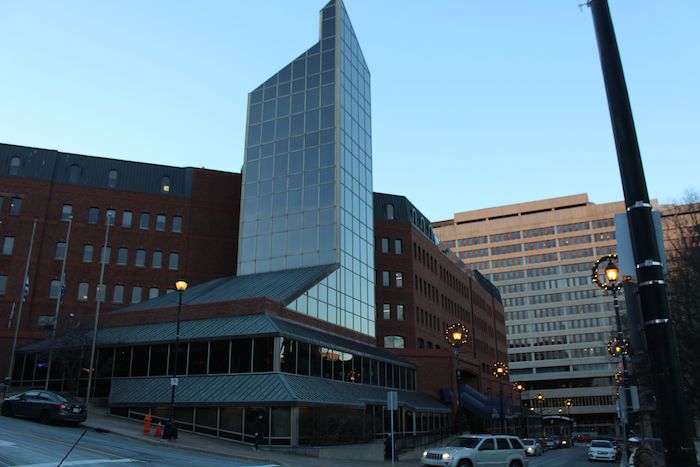 The city is about to own this pile of junk. Photo: Halifax Examiner

The city has issued a tender offer with the numbingly bureaucratic title “Corporate Accommodations Space Planning Study,” with the aim of finding a consultant who will “review HRM’s core office and administration properties, for the purpose of developing an accommodations plan that the municipality can implement in phases, over time.”

A plan is needed because the city is about to acquire the 35-year old office tower above the convention centre. The tender mischaracterizes the situation as follows:

With the construction of the new Halifax Convention Center, the Municipality has an option to purchase the existing World Trade and Convention Center. No decision has been made by Council respecting the option, however a better understanding of our current and forecasted accommodations would help inform the decision making in the event the Municipality elects to exercise its interest in the existing WTCC.

This is disingenuous at best. The WTCC tower is now owned by Trade Centre Limited, a crown corporation, and when TCL vacates the premises to move into the shiny new convention centre one block south, the province will take over ownership. The city does have the opportunity — in real estate terms, an “option” — to make an offer on the WTCC tower, but if it doesn’t, the province will put the building up for sale on the open market.

Nobody in their right mind would buy a 35-year-old office tower in a market with a 12 percent plus vacancy rate when something like 300,000 square feet of new office space (Nova Centre, TD Bank expansion, 22nd Commerce Square, etc.) are about to come on the market.

In the almost-certain event that no one else makes an offer on the WTCC tower, the city is contractually obligated (see 5(c)) to buy it at “book value.” A few years ago book value was said to be $12 million. Very likely, it will cost at least that much more to renovate the building, including making the convention centre space useful for something else. 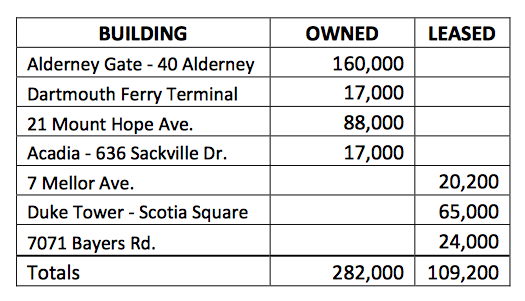 The lease at Duke Tower is up in 2021 — hence the “over time” part of the tender offer — so the obvious solution will be to shift Duke Tower offices across the street to the WTCC tower, but that still leaves 53,000 square feet of empty space to fill. The Bayers Road offices are leased from Joe Ramia, so it’ll be interesting to see what happens there. Also, office space requirements everywhere, including at city offices, are plummeting as technology and plain old cost-cutting are reducing the size of administrative staffs.

And we really can’t just set aside the unlimited liability of the Nova Centre contract. In the wake of the delay in the opening of the Nova Centre, it’s  time to take a second look at the assumptions that went into that contract. I’ll have more on that in the next few days. 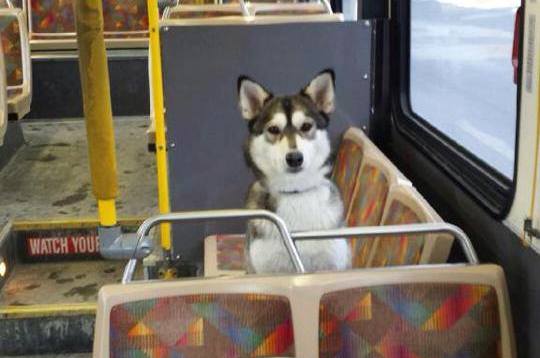 Keiko, a two-year-old husky, got to ride around on a Halifax Transit bus yesterday. Brett Bundale tells the story.

And look, everyone has a camera in their pocket now, which is great, but we need to understand the fundamental rule of media photography here. If you’re out and about, and there’s the opportunity to take a picture of a cute dog riding the bus, or to take a video of two guys getting the crap beat out of them by transit cops, or an amazing video of some kind of demon bursting out of a manhole, for dog’s sake hold the camera horizontally.

It’s like people have never read the internet before.

1. How the health care unions prevailed

“In the end,” writes Rabble’s Ella Bedard, “after major protests, an arduous mediation-arbitration process, and media flurry, the worst parts of Bill 1, the Nova Scotia Health Authorities Act, which would have reassigned health-care workers to unions not necessarily of their own choosing, was more or less scrapped by the government.”

She then goes on to explain how that happened.

I want to thank all the letter writers, because it is in the letters to the editor section where we often first find out we are again being taken by government.

I can only hope drivers will take the extra time to travel the St. Anns Loop, and enjoy its scenery, rather than paying the price to travel two minutes on the Englishtown ferry.

Having the cost of that ferry ride increase from $5.50 to $7 is just another swift kick in the butt.

This island is going to become a seniors home, because our young people do not want to stay here.

Investment Policy Advisory Committee (noon, City Hall)—if someone really wanted to rip off the city, mucking around with the obscure investment policies, lining up some kickbacks, blackmailing a bureaucrat with a mistress and a pill problem, and timing some trades with insider information would probably good way to do it. I don’t think any of that is happening, but it’ll make a great plot for my next novel.

Glutathione metabolism (9:30am, Theatre D, Clinical Research Centre)—Bernard Lemire, from the University of Alberta, will talk about “Glutathione metabolism links FOXRED1 to NADH: Ubiquinone oxidoreductase (complex I) deficiency: A hypothesis.” I understand exactly four words in that talk title, and I’m not sure about one of those.

Planetarium show (7:15pm, Room 120, Dunn Building)—”The Equinoxes and Solstices,” presented by Dan Arsenault. I don’t think this is the Dan Arsenault who is the crime reporter for the Chronicle Herald, but it’d be cool if it were. Five bucks, no screaming kids.

A reader alerts me to the FlightAware tracker of Flight 624, which crashed at the Halifax airport Sunday morning.

A closeup of the flight path for some reason cuts off into the third circling loop around Windsor: 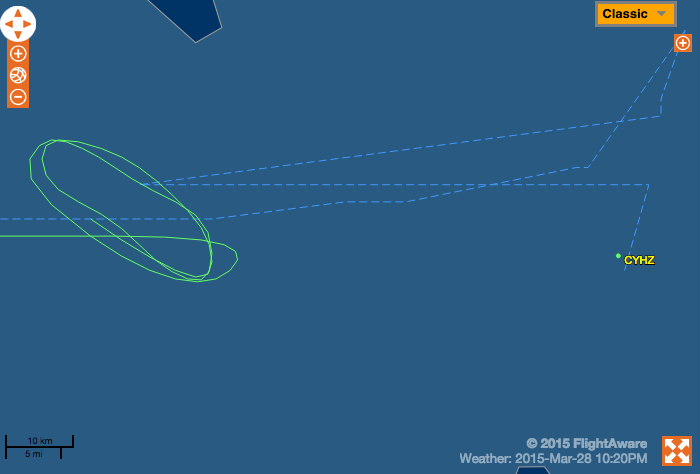 Also, the flight information for the descent into Halifax has not been provided. Odd, that. 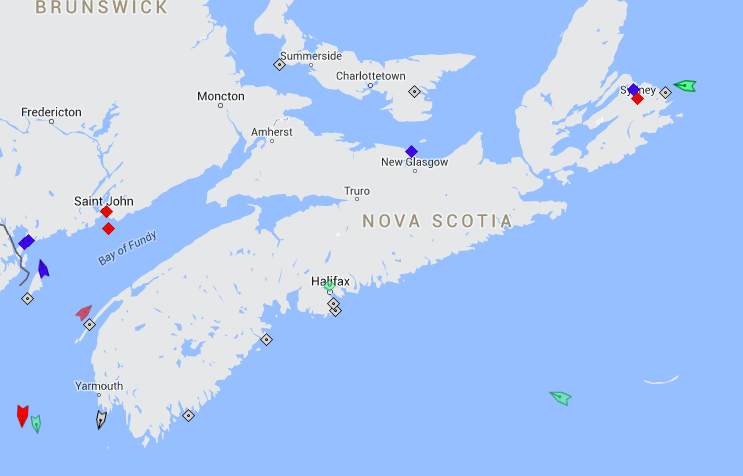 We’re recording the next podcast today.