You are here: Home / Featured / Kenya

This story comes from Kenya, with an account from Dali Mwagore in the capital city, Nairobi. Dali is the mother of 10-year-old Donald. She is self-employed as an editor and translator (Kiswahili to English and vice versa), and also does communications work, mostly relating to agriculture, conservation and development. In the 1990s, we worked together in Nairobi at an international research centre, and have remained friends ever since. 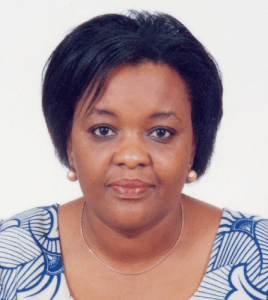 This is how our conversation began.

Me: Hi Dali, how are you and Donald?

Me: Dali, how can you say you’re great at a time like this?

Dali: If you don’t have corona, you’re great!

I’m surprised at how upbeat she is. When we spoke two weeks earlier, she was extremely concerned about the effects that some of the government measures to prevent the spread of the coronavirus were having on poor people and the middle class. She told me that the curfew from 7pm until 5am was causing enormous problems for food vendors who transported vegetables, fruit, and meat into the Kenyan capital overnight, and for people who depend on daily wages for survival in a city where poverty is rampant.

She said that most people would not be able to afford medical care at private hospitals if they get COVID-19, and government hospitals are ill-equipped and over-crowded, unprepared for the pandemic.

Many in the middle- and low-income areas of Nairobi have no running water in their homes and have to pay to have it delivered, so they can’t be sure of its source. She told me she had a reliable vendor who delivers 800 litres to her apartment once a week.

Now, just a couple of weeks on, Dali sounds almost cheerful, clearly determined to make the best of the situation, adjusting to the new measures the government has brought in to deal with the pandemic.[1]

She says the government has released nearly 4,800 prisoners, “mainly petty offenders,” to decongest the prisons and contain the spread of the virus. She says that judges are handling court cases using Skype and Zoom. “It’s innovation at its best,” she says, laughing.

There is a lockdown on the residents of Nairobi and its environs, and travel between counties on the Kenyan coast on the Indian Ocean has been banned. These were the main areas reporting coronavirus infections.

The Ministry of Health has also made the wearing of masks mandatory in public places.

Dali lives in a two-bedroom flat in an apartment complex. There are no green spaces in the neighbourhood, and her son’s school that has two playing fields — like all schools in the country — is closed. But the apartment complex does have a compound where her son can ride his bike and play during the day with his friends, mostly soccer and other games they invent with stones, balls and bats.

There is just one rule – they have to wear masks.

“Every tailor is making masks,” Dali tells me, and one garment factory is making 25,000 cloth masks a day.

Masks are not the only homemade solution that Kenya is working on. Dali continues:

At Kenyatta University, a group of 16 students from the medical, pharmacy, engineering and nursing schools have made a prototype of a ventilator. Now it’s awaiting certification and approval from the government, before the university begins mass production.

Dali says they haven’t started mass testing, but the Kenya Medical Research Institute has been developing a new test that would allow 5,000 tests a day in addition to the 600 now being done in the country:

They want to start testing everybody and anybody, not just those who start coughing and think they have the virus. Because that’s what people have been doing; when you start the new continuous coughing you go to a hospital or to a health centre.

Dali has chronic asthma, so as soon as COVID-19 went global, she tells me she went into self-isolation. She stocked up on non-perishable food, and now orders vegetables from a neighbourhood green grocer, and meat from a local butcher.

She says cash use is discouraged, and people pay for purchases with the telephone money transfer system called M-Pesa [M for mobile phone and “pesa” is KiSwahili for “money”], which was introduced in 2007 by phone companies in the region.

And what happens if you don’t have a phone? I ask her. Dali says you better try to get one. 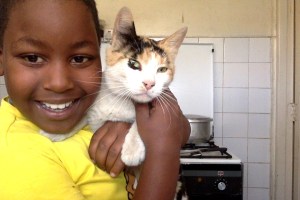 Dali is now home-schooling her son, and there are school lessons in English and KiSwahili broadcast on EduTV. Her son can also go online and learn. But she is acutely aware that many cannot:

Before the president announced that there was to be no movement in and out of the Nairobi Metropolitan area, she had planned to take Donald to her village in the Taita Hills, nearly 400 kilometres south of Nairobi. She had hoped to be in the village to weather the coronavirus crisis with her parents. Both are elderly and in fragile health, Dali says, and she wanted to be there to make sure her mother obeyed the new distancing rules, and stopped welcoming and feeding visitors, as is her way.

However, she says that when the order for the lockdown came, Kenyans were told it would be imposed that night at midnight, so Dali was unable to make it home. She talks to her parents every day, as does her brother who lives in the village with his family:

We told them that people who are dying are old people like them. So we are telling them to avoid having visitors, that this one is really a matter of life and death.

Still, Dali admits that it’s very hard to keep social distance in a village and there’s always a risk.

But for now, as she says, she and Donald are doing “great” … because they don’t have COVID-19.

(Next in the series: Sierra Leone in the time of COVID-19 with Theophilus Gbenda.)

[1] As of this writing, Wikipedia reports that Kenya has 197 cases of COVID-19 and has had eight deaths. Writing in Al-Jazeera, Kenyan writer and political analyst Nanjala Nyabola reports that in the two weeks since the COVID-19 curfew began the police in Kenya have killed more people than the virus has.