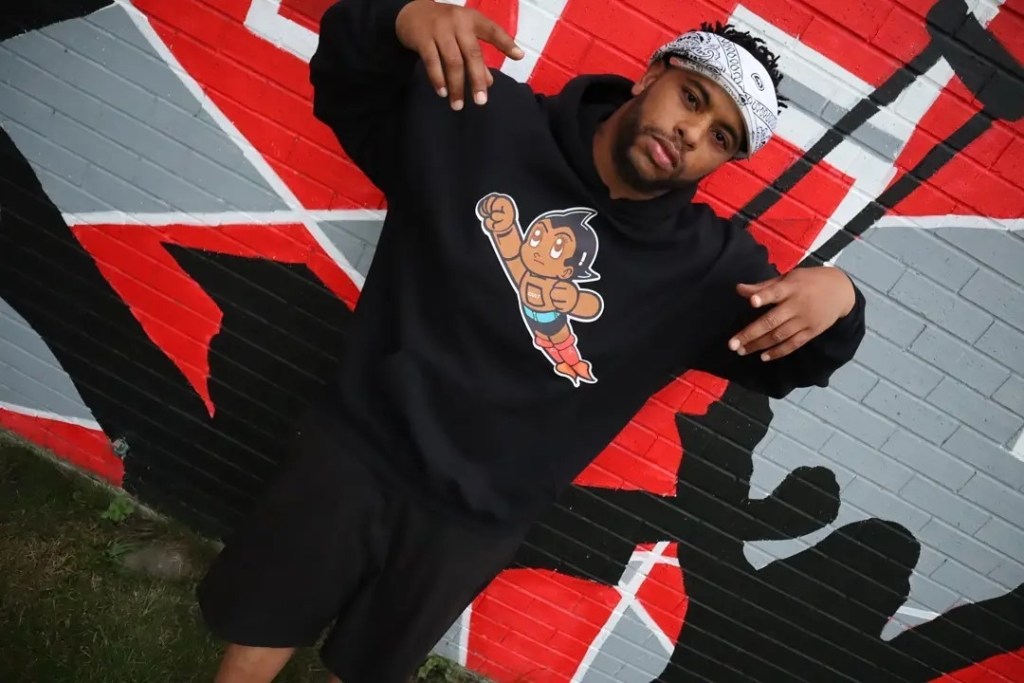 On Sept. 1., Black Nova Scotian R&B star Kaleb Simmonds celebrated the release of his and comrade Andru Winter’s new single No Control. Simmonds streamed the new track on his TV and streaming video of himself while interacting with his Instagram followers in the comments.

Days later, Winter shared a photo on social media that showed a Simmonds awake in a hospital bed in a hospital gown. Winter asked supporters to send Simmonds well wishes. Days later, Simmonds shared the same picture and thanked everyone.

“I was feeling a little pressure on my chest for two weeks,” Simmonds said. “And, you know, I have heart issue problems in the family, so I thought that it made sense for me to look into it.”

After a series of tests, Simmonds said the doctors told him that other than having an irregular heartbeat, he would be OK.

Simmonds has advice for other Black male “80s Babies” about their health: “When you think something’s going on with your body don’t sit around and wonder for longer than a week,” Simmond said. “I would just look right into it. You’re better off knowing than not knowing.”

Simmonds’ mother is from Africville and his father is from North Preston. He graduated from Prince Andrew High School in Dartmouth, though says he’s also from Halifax and Preston.

As a child, Simmonds started singing in the children’s choir at Saint Thomas Baptist Church in North Preston. He started an R&B career as a young adult on the Halifax/Dartmouth music scene. He was in the national spotlight as a top-seven contestant on season two of the TV show Canadian Idol in 2004.

After Idol, Simmonds moved to Toronto to further his music career. It was there in 2010, he met up with Winter, an old associate from school.

“It’s like a camaraderie when you’re in Ontario and you see brothers from down home,” Simmonds says. “So that was automatic. But, you know, we kind of connected through music.” 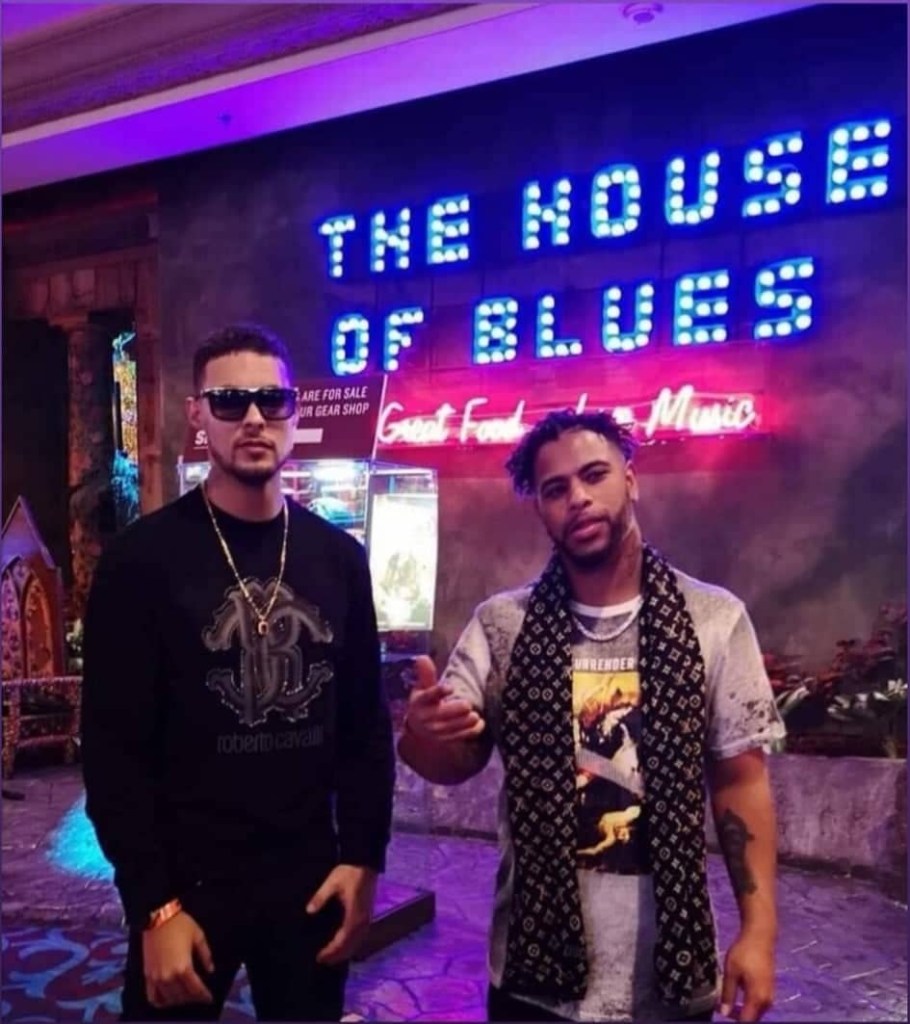 Andrew “Andru Winter” Jones grew up in Dartmouth. His father’s side of the family is from Antigonish. Through his mother, he is connected to the Black communities of Truro and of Africville.

Winter and Simmonds grew up in the same Dartmouth neighbourhood known as Cranberry.

“I met [Simmonds] for the first time when I’m in like Grade 7,” says Winter. “I used to go up to him in the hallways and kick a rap for him because it was known that he was like a musician, and that he was a beatboxer, and a rapper — all these things … I wanted to rap. So I’d just walk up to him… I’d sit around for days trying to write a rap that would impress him.”

Though the two hung out in different crowds throughout high school, their journeys parted ways.

“I didn’t really know what I was going do. I lived in Asia for almost a year. And then when I came back from Asia, like, my mind was expanded, and I was like ‘OK, I want a piece of the world.’” 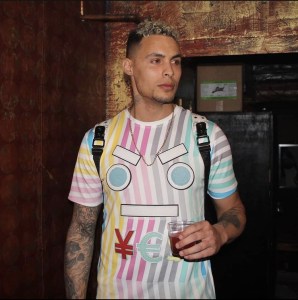 Winter moved out west to work on the oil rigs, but missed the music. “It just made me realize more and more that I was in the wrong place.”

He moved to Toronto in 2010, just as Simmonds’ music career was taking off and Drake and Kaleb were establishing a hip hop scene in the city.

While working as a videographer, Winter met back up with Simmonds.

“And we always talked about doing business together,” Simmonds says, “not knowing how we were gonna do it, and making things great for Nova Scotia and helping set like a tone for Nova Scotia, inspire Nova Scotia’s artists, and different things like that, especially from the Black aspect.”

Musically, the two of them have collaborated on several music projects including a 2019 EP album Paid, as well as several singles in including the new single No Control and a 2018 Christmas song This Christmas. They’ve also performed together at the world-famous House of Blues in Las Vegas.

“We were in House of Blues performing and people were screaming for us bro because we were from Canada,” sys Winter. “Like, we were surprised! Like when they announced ‘We have special guests from Canada,’ the place blew up. And me and Kaleb were looking at each other like ‘What?’”

Despite their success and exposure in Ontario and overseas, Winter says he feels racial politics in the music industry have a negative effect on their success in the Nova Scotia music scene.

“This is Black music bro,” says Winter. “This is Black music that these white folks are doing, right? And it’s not to say that they shouldn’t be doing it, and that we own it, and its not that type of attitude. But what it is, is you can’t do what you did in rock and roll to us in hip hop. And that’s what they’re doing down home. They’re promoting all the European rappers … and then guys like me and Kaleb who are really out there fucking doing it … We are the culture, we represent the Black culture, and that’s it. It’s our music, it’s our expression, and anybody’s welcome to do it, but you cannot just ignore us and just promote that.” 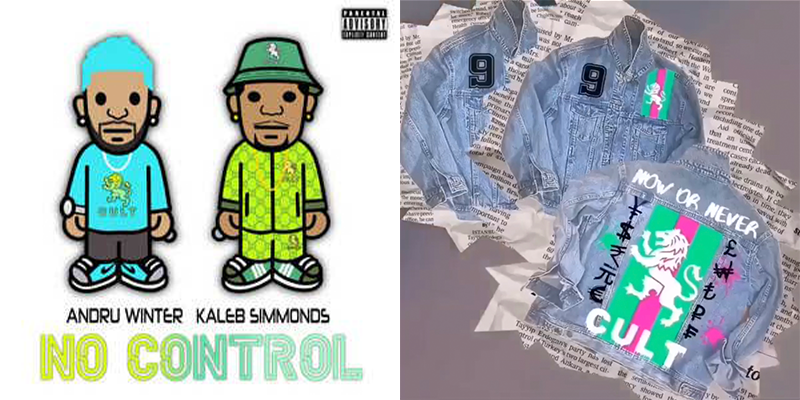 Simmonds and Winter have started a brand Cult they plan to use to cross-promote a new record label, a fashion brand, and other ventures.

“We’re really kind of putting it out there now to catapult what we do,” says Simmonds. “We started a record label called Cult Records and it just spilled over into the fashion game, and into the fighting game as well.”

“Andru, right now he’s getting ready to start a gym, an (MMA) gym, a training gym — and it’s pretty much gonna be under the same brand at The Cult. So everything we’re doing is gonna be under this brand.”

Simonds and Winter also paired up with the owner of Jen’s Jackets to create a jean jacket for a giveaway. Winter helped with the design.

Simmonds says that to get more information on the contest, the Cult brand as well as future projects to follow him on Instagram at @kalebsimmonds902, and Andru Winter at @scotiansavage.