You are here: Home / Featured / Justin Trudeau smoked weed and went on to become Prime Minister, so why can’t Tyrell find a legit job?

Tyrell [not his real name] is an African Nova Scotian man in his 20s. For obvious reasons Tyrell doesn’t want to be identified for this story, and while he spoke about his life, he did not want to be directly quoted. Some details have been changed to protect his identity.

Growing up in housing with his single mother, Tyrell remembers his mother struggling his whole life to feed and clothe her children. By his early teens Tyrell felt pressure to contribute to the household bills. He worried about his younger sisters and felt responsibility as the “man of the house” to protect and raise them. He also felt angry watching his mother work minimum wage jobs, coming home exhausted, and still unable to pay for necessities. He wanted more for himself than that.

Tyrell is creative and bright, but like many African Nova Scotian youth, he felt alienated at school. Tyrell turned to the streets to help his family. He was able to avoid getting involved in any serious violence, and counts himself lucky that he didn’t end up dead or serving life like many of the young Black men around him. 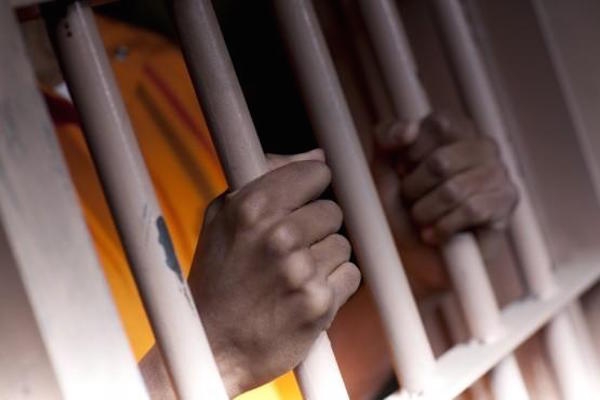 Tyrell had dreams beyond the streets. He participated in some skills and employment programs and always stood out for his charisma and creative ideas, but once the programs ended, he never seemed to find permanent employment. Frustrated with the lack of opportunity and resources in his community, he found that every time he tried to take a positive step forward he would end up back in a dangerous situation. The fact that he has a criminal record didn’t help, and Tyrell didn’t even bother applying for many jobs any more. Experience taught him that with a records check he would be rejected.

When weed dispensaries opened across the province in anticipation of the legalization of cannabis, Tyrell got his lucky break. Working in the dispensary, he was able to put the entrepreneurial skills he had learned on the streets to use. In the words of Biggie, for once Tyrell was “living life without fear.” He moved out of dangerous living conditions, where he was surrounded by street life. He worked hard, putting in extra hours, learning everything he could with the hope of starting his own business some time down the road. He even invested money back into the dispensary, and felt proud that he was part of building something. 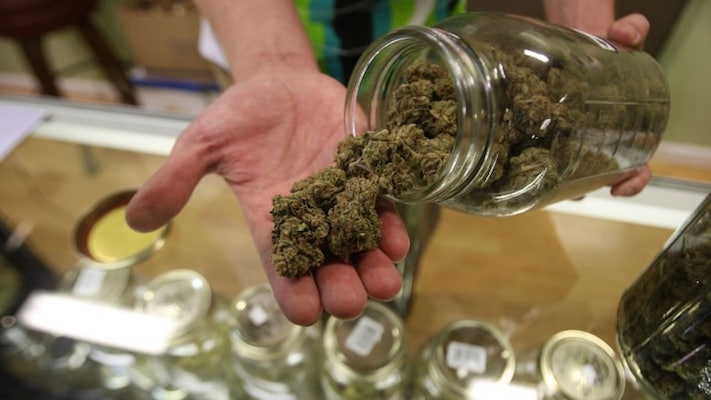 For the first time Tyrell had savings, a steady job with an income, and hopes of a future. He planned to pay for his younger sisters’ education. A recent father himself, he vowed to be present for his children, and was thankful he would be able to provide for his children the way his own father never did. He felt relieved his children wouldn’t have to visit him in prison, or cry at his funeral. He even thought about in the future being able to put resources into his community to provide places for youth to get off the streets. He was happy that he was able to serve as an example of someone who left the game, and he hoped one day that he could guide other young men without fathers.

And then, again, it all fell apart. The Nova Scotia government passed the Cannabis Control Act, making it illegal for anyone other than the Nova Scotian Liquor Corporation to sell cannabis.

Tyrell lost his job. Now, he worries about what he will do with his life. He dreads returning to his old lifestyle, and fears what will happen if he does, but he doesn’t see many options with his education and record. He wonders if he has lost the only way out he was ever going to find.

The criminalization of cannabis disproportionately continues to affect Black Canadians. While marijuana use is similar across racial groups (with some studies even suggesting use is slightly higher among white Canadians,) Black people and communities are overwhelmingly stopped, charged, and incarcerated for weed offences. In Halifax, according to Vice News:

There were 17 possession arrests made in Halifax from January to mid-July of 2017, 22 per cent of which involved black men and women. 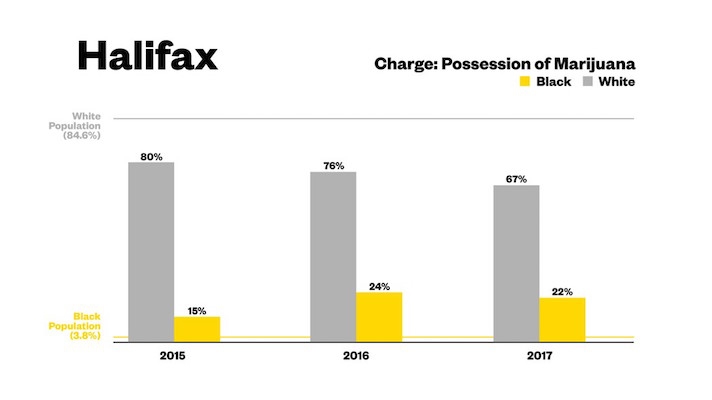 While Ontario police chiefs who formerly invested in criminalizing Black people for drug crime now open dispensaries and are appointed to cabinet positions, the Black people they targeted are held back from employment and even housing because they carry criminal records for marijuana offences. The same surveillance and policing apparatus put in place in Black communities to “fight the drug war” continues to subject Black people to profiling and harassment, even as Justin Trudeau can admit to smoking weed and suffer no consequences. And while the government claims that cannabis is being legalized, Black lawyers and advocates point out that the new laws increase the number of offences, will overtly criminalize young Black men selling to underage classmates, and widen opportunities for police racial profiling through traffic stops. 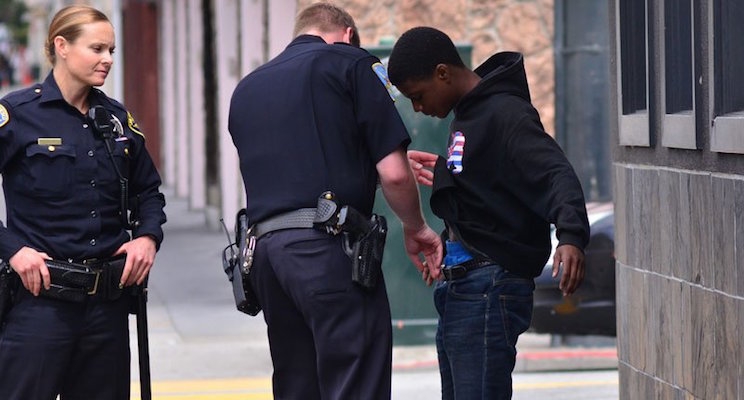 Legalization feels largely like legalization for white people, while Black communities continue to be brutalized, stigmatized, and incarcerated. As Anthony Morgan observes:

The war on drugs has traumatized and destroyed African-Canadian lives and families, and by extension, whole African-Canadian communities. Too often, politicians, public policy-makers and the broader public refuse or fail to consider the direct role the war on drugs has had on African-Canadian rates of poverty, unemployment, academic achievement and child welfare apprehensions, let alone on police contact and overall incarceration rates. The troubling truth is that this has far too often been the consequence faced by African-Canadians for consuming and exchanging amounts of cannabis that the overwhelming majority of Canadians can comfortably walk around with in their pockets without a legitimate fear that they will actually be stopped, questioned, documented and searched by police.

And as Tyrell observes, when there is a shooting or a serious crime in the Black community, politicians are quick to condemn the the violence. Yet what leads so many young Black men into the streets is poverty, a lack of education, no employment opportunities, and generations of systemic deprivation of resources from their families and communities. Given the chance to remedy these problems — by pardoning people with marijana arrests on their records, for example — the government has shown themselves to be hypocrites in their “concern” over crime in the Black community.

Tyrell points out that the dispensary offered him all the opportunities that the system never could, and now, if he returns to the streets and commits crime, he will be held up as yet another example of the problems in the Black community. If they care so much about Black crime, he wonders, where is the help for Black people? He sees Nova Scotia’s cannabis laws as a missed opportunity to offer Black people the opportunity to get involved in the cannabis business as legitimate growers, sellers, and dispensary owners. Instead, Black people will continue to bear the brunt of policing and criminalization.

Another young Black man who spoke to me from prison where he is serving time on drug offences points out that his first charges were for selling. He too questions why the government refuses to offer pardons for marijuana offences.

What they keep saying is, well, it was against the law before. But there used to be laws against Black people voting. Just because it was a law doesn’t mean it was just. It was illegal for Black people to do anything so let’s say someone was alive from that time and they had a record for saying hi to a white woman — would they not expunge that record because that was the law?

>Our Prime Minister admitted he used to smoke weed. I’m sure he didn’t have a weed card. So should he have a criminal record for life? 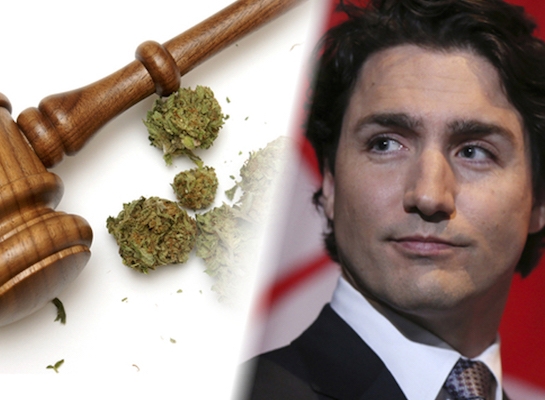 He also questioned the different treatment given to the current opioid epidemic, and the way Black communities have historically been criminalized and incarcerated for drug offences:

This fentanyl epidemic as they’re calling it, why is it an epidemic as opposed to all the other causes of death? Look at Chicago and what’s going on there in Black communities [with gun violence]. Is that not an epidemic?

Are things labeled epidemics based on what community they take place in?

Gun violence, crack cocaine, that doesn’t just affect the life of the person smoking it, it changes the life of everyone, the person selling it, their family, the whole community.

When you get released from Collins Bay [a prison in Ontario], they give you a Narcan kit. So why aren’t they handing out bulletproof vests to people?

You know if this wasn’t affecting white people, and if it was only in our communities, they wouldn’t be handing out kits to stop us from overdosing, they would be talking about more officers on the streets, and longer minimum sentences, and how we’re animals.

During the epidemic of gun violence in 2016, Afua Cooper asked, “why are politicians passing the buck as Black men are killed?”

Black people in Nova Scotia, especially young black males, are massively disenfranchised. They have very little access to basic opportunities. The mayor knows it, the premier knows it, the black communities know it. For these two white officials to pretend that they do not have a clue as to what is going on is disingenuous…

And now, for young Black men like Tyrell, the buck is passed yet again. And the same government that claims to be “startled” by evidence of racial profiling that African Nova Scotians have been speaking out about for decades, and that talks about addressing the “root causes” of gun violence while doing nothing to put resources into Black communities, now plans to profit off the same drug that has put so many Black people in prison, and that, evidence shows, Black people will continue to be disproportionately profiled, stopped, and incarcerated for.

Instead of designing reparations for the Black community through legalization and creating opportunities for employment, the government has instead chosen to keep us poor and desperate. And when the next wave of gun violence comes, they will throw up their hands and ask us what they could possibly do to stop it.