You are here: Home / Featured / Justice demands that we clear the records of people convicted on cannabis charges: Morning File, Thursday, February 1, 2018

1. Waiting for the train 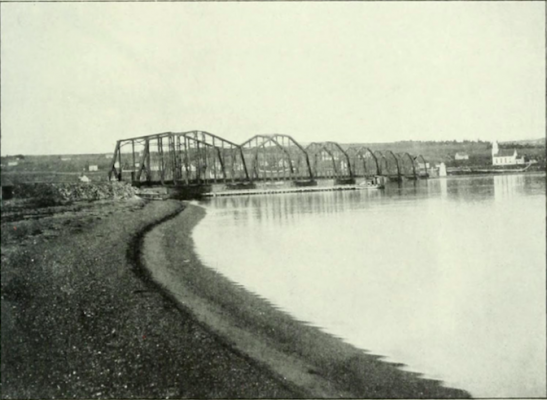 “Upgrading the Sydney to Truro rail line to the point where it can handle double-stacked containers won’t come cheap, according to a study just completed for the Port of Sydney Development Corporation, but the fix is needed if Sydney’s dreams of becoming a major container terminal are ever to be realized,” reports Rick Grant:

Port CEO Marlene Usher told the Halifax Examiner and Cape Breton Spectator that a recently completely $100,000 study estimates the cost of repairs and upgrades to the Genesee & Wyoming (G&W) operated Cape Breton and Central Nova Scotia (CBNS) rail line will run about $101 million dollars. The study was authored by Hatch, the firm contracted by the Port in September 2017 to provide a “detailed analysis of the condition of the CBNS rail line.”

The $101,000,000 is for rail and bridge upgrades and repairs. That’s over and above the estimated $1.5 billion cost of the container terminal.

“Waiting for the train” is the first project produced by the Halifax Examiner and Cape Breton Spectator’s Joint Investigative Fund. When readers buy joint subscriptions to the two publications — at a 25 per cent discount from buying the subscriptions separately — the money is placed in a dedicated fund, and Spectator publisher Mary Campbell and I decide together on which projects to spend it.

When we started the arrangement, we hoped to fund the research and pay for freelance writers working on investigative pieces that could reach anywhere in the province. And Rick Grant’s interest in the deteriorating condition of the Cape Breton and Central Nova Scotia Railway seemed like a great place to start, and Grant came through in spades: besides detailing the substantial problems with the railroad, he also broke the news that the Hatch study puts the price tag for fixing the line at a whopping $101 million.

Campbell has written many articles detailing the flawed premises and self-serving bureaucrats behind the push to build a container terminal in Sydney (see below for more). Now, Grant’s reporting on the substantial cost to fix and upgrade the rail line puts the terminal proposal on even shakier ground.

After the Examiner and Spectator co-published Grant’s story yesterday, other media began frantically trying to re-report it. Good. Our goal is to produce groundbreaking reporting.

We have other potential projects for the Joint Investigative Fund in the works. Your subscriptions make this work possible. 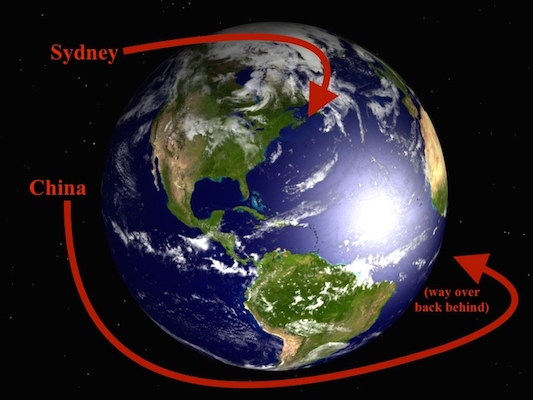 Mary Campbell has been looking into details about Sydney Mayor Cecil Clarke’s trip to China, which was supposedly in service of making business connections related to the proposed container terminal, but:

Here’s the most damning line from the CBRM’s response to a FOIPOP request for information about a recent trip to China by Mayor Cecil Clarke and three CBRM staffers. Municipal Clerk Deborah Campbell Ryan told the applicant:

Think about that for a moment: the mayor, his executive assistant Mark Bettens, CAO Marie Walsh, and the municipality’s economic development manager John Phelan travel to China on public business, on the public dime and provide no public record of their activities while abroad.

The total cost of the trip to CBRM was $25,395.38. Campbell gets into what details of the trip were in the documents — flying business class, staying at a Five-Star Hotel, and the remarkable fact that the trip was cut short by a day because, in Walsh’s words, “everyone left earlier than anticipated as our business was done.” Muses Campbell: “Reading this it occurred to me, for the first time, that perhaps they actually did go to China with no itinerary: if you don’t know what you’re doing in Beijing, it’s hard to know how long it will take you to do it.”

It wouldn’t be a Campbell article without a Campbell twist, and so she concludes:

There’s nothing to be done about the money, it’s spent now, but it’s certainly not too late for a report on the CBRM delegation’s China activities.

Unless, of course, it is too late because the head of that delegation seems poised for an even longer trip: 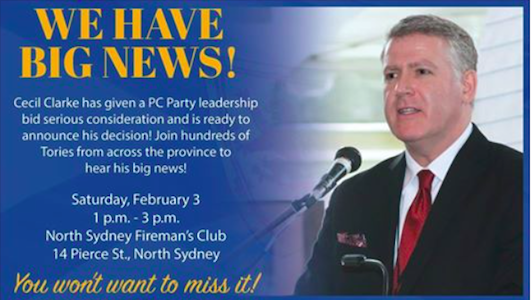 Closer to home, the Cornwallis statue came down yesterday. There are lots of photos online showing the removal, but I think this one, from Andrew Vaughan of the Canadian Press, is my favourite:

“The woman at the centre of a case where a Halifax taxi driver’s acquittal of sexual assault has been overturned says she hopes other victims ‘feel vindicated’ at the decision and more feel comfortable coming forward,” reports Haley Ryan for Metro:

In a unanimous decision released Wednesday, the Nova Scotia Court of Appeal said they were satisfied that Judge Gregory Lenehan erred in law when he found that there was no evidence of lack of consent when handing down a not-guilty verdict to Bassam Al-Rawi on March 1, 2017.

“For myself I really don’t care to testify again. I really wish to leave the whole thing behind and move on,” the complainant said in an interview Wednesday.

“But on the other hand, I think that it’s just so important for cases going forward, to set a precedent for anyone who experiences something in the future.”

The unprecedented move will affect thousands of people whose marijuana convictions brand them with criminal histories that can hurt chances of finding jobs and obtaining some government benefits.

Rather than leaving it up to individuals to petition the courts — which is time-consuming and can cost hundreds of dollars in attorney fees — Gascón said San Francisco prosecutors will review and wipe out convictions en masse.

Canada should do the same. With legalization around the corner, it’s time to acknowledge that the criminalization of cannabis was wrong-headed and that many, many people were convicted of violating laws that should have never been on the books in the first place.

We should do whatever is necessary to overturn those convictions.

My fear, however, is not only will past convictions not be overturned, but legalization will lead to an increase in the number of people charged and convicted with trafficking and possession of cannabis, as the government tries to protect its monopoly.

Former Halifax reporter Selena Ross has written “Homesick: Quebec Inuit between two worlds,” a three-part series for the National Observer that “focuses on Quebec’s Inuit and the challenges they face in the north as well as what happens when they arrive in Montreal.”

It’s a disturbing and yet fascinating read.

“At a time when other provinces are closing in on a $15 minimum wage, a Halifax researcher says Nova Scotia’s 15-cent increase is a ‘slap in the face to workers,'” reports Haley Ryan for Metro:

On Wednesday, the province announced that on April 1 the minimum wage for experienced workers in the province will go up by 15 cents to $11 an hour.

Saulnier said the small percentage jump based on this formula feels fine to those people whose starting point is already much higher than minimum wage.

“When you’re starting where our minimum wage workers are at, 15 cents is really a slap in the face for workers who work their butts off, often work multiple jobs,” Saulnier said.

Good on Ryan for not interviewing the usual subjects — the same three retailers and the CFIB complaining about increased labour costs.

Rent goes up, they just grit their teeth and pay it. Electricity goes up year after year and nary a peep, even though there’s actually a mechanism for testifying before the UARB about it. Food costs go up, what are you going to do? The guy who cleans the linen raises his rates, but he’s gotta make a living too. But holy cow, should minimum wage go up a few nickels, it’s all “Call the media!”

If you have to pay your workers poverty wages, maybe you should find a new line of work.

GreyLit – the Missing Piece in Your Decision Making (Thursday, 9am, Cineplex OE Smith Theatre, IWK Children’s Building) — Cora Cole, CEO of GreyLit.Net, will present on the launch of her new platform for sharing research.

No public events on campus on Friday.

11:30am: Tomar, car carrier, sails from Autoport for sea

It was interesting last night that on CTV, the “Bell Let’s Talk” show was followed by “Criminal Minds.”