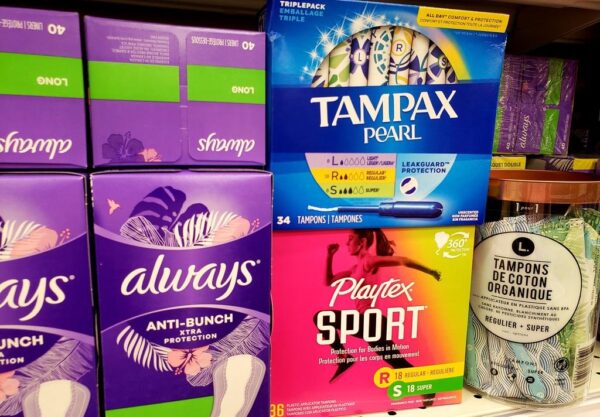 A new study is collecting data about how many adolescents in Nova Scotia can’t access menstrual products due to cost. Photo: Yvette d’Entremont

A new study to determine the extent of menstrual poverty in Nova Scotia’s adolescents has garnered more than 400 responses in just three weeks, something researchers say underscores the importance of the issue in the province.

Menstrual poverty — also called period poverty — is the inability to afford menstrual products, such as pads, tampons, and menstrual cups. This can lead to menstruators missing school, sports, and other activities and opportunities.

The IWK Health Centre project, For Teens Period, is collecting the experiences of menstrual poverty in Nova Scotia adolescents (under the age of 18). The plan is to use the collected data to advocate for free menstrual products in all public washrooms (including the few gendered ones) in the IWK and then eventually across the province. 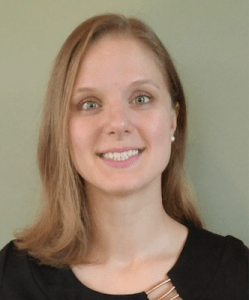 Dr. Meghan Pike, subspecialty resident in pediatric hematology and oncology at the IWK and part of the For Teens Period project. Photo: Contributed

“Any public washroom you go to will have toilet paper available. But the same people that use the toilet paper, they also menstruate. Why do we not have to pay for toilet paper in public spaces, but we have to bring our own menstrual products,” Dr. Meghan Pike said in an interview.

“It just doesn’t make any sense, and so I thought that probably one of the ways that would eliminate barriers for menstruators so that they can live their full potential is to have available access to menstrual products no matter where they are.”

Three weeks after the launch of the For Teens Period research survey earlier this month, more than 400 menstruating adolescents have already participated. Pike said based on this early surge, she’s optimistic they’ll reach or surpass their goal of 1,000 responses.

Pike, a subspecialty resident in pediatric hematology and oncology at the IWK, said she was inspired to pursue collecting this data because of her patients. She sees many adolescents in her practice with bleeding disorders who have heavy menstrual bleeding negatively impacting their quality of life.

This heavy bleeding affects 37% of menstruating adolescents, although Pike said that number is believed to be higher. That heavy menstrual bleeding means those adolescents also go through a lot of menstrual products.

“So in addition to having the barrier of the bleeding and the effect of that on their life, then they also face this financial barrier of period poverty,” Pike explained.

One in five women will experience menstrual poverty

When she began looking into data specific to period poverty in Canada, Pike was surprised to find a great deal of literature focused on developing countries but very little here.

“And the work that has been done has suggested that as many as one in five women will experience menstrual poverty, but there’s no data exploring that in adolescents,” she said.

“So if an adult menstruator can’t afford to have their period, then what about their children who are menstruating?”

An article published by the Canadian Public Health Association (CPHA) in June, 2019 noted that Canadian women spend up to $6,000 in their lifetime on menstrual products, with women in rural communities sometimes paying double what women in larger cities pay for the same products.

“Understandably, low-income women and women on social assistance find it difficult to allocate money towards this necessity,” author Vanora D’Sa said. She added that despite the elimination of tax on menstrual products in Canada in 2015, “the high cost of menstrual products still causes these essential items to be out of reach for homeless, low-income, and marginalized women.”

Pike said she knows some of the youth she wants to hear from who are struggling with period poverty are likely living outside of HRM and in more rural communities. She also wants to hear from the 2SLGBTQ1A+ community, a group she said is unfortunately largely underrepresented in research.

“And for the trans community, menstruation can be a very dysphoric time and so anything that we can do to make that easier would be essential,” Pike said. “Potentially having products in a (public) bathroom may help make them feel more safe.”

‘Should we eat today, or should we get menstrual products?’

Mary Lukindo is a team researcher with the For Teens Period project. The third year Dalhousie University medical sciences student said menstruating is a natural, biological process, “just like using the bathroom,” and that menstrual products are as essential as toilet paper.

“Menstruation has been around for so long and yet this hasn’t happened,” Lukindo said.

She said while many places, from schools to libraries, do provide free menstrual products, in many cases menstruators must ask for them. This can be a barrier, as period stigma still exists and young people may not feel comfortable asking. Or they may have started bleeding and need the product right away, so leaving the washroom to go and track down products isn’t practical.

“From what we’ve been gathering so far, a lot of teens would be getting their products from their guardians or parents, and if parents aren’t able to afford those things for themselves then it could reflect in them having to decide ‘Should we eat today, or should we get menstrual products?’ These are things that are essential.” 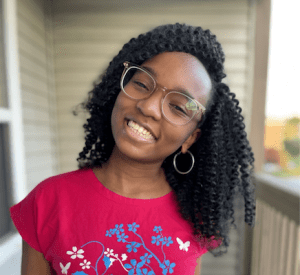 Mary Lukindo, a team researcher with the For Teens Period project. Photo: Contributed

Lukindo said they want to know where in the province adolescents are struggling with menstrual poverty and to better understand if and where geographical or community disparities exist.

“We realize that people actually want the data, people want the change to happen. We’ve been seeing that need,” Lukindo said.

“So we want to get the word out there as much as possible to get as many people as possible participating.”

Recognizing that some young people whose families are struggling to afford menstrual products may not have access to cell phones, Lukindo said they’re working on ways to engage them as well.

“With data we can do so much more. We can change policy, we can make really big systemic changes towards how menstruation is viewed in this society, and I’m really excited for that,” Lukindo said.

The survey is open to Nova Scotia adolescents under the age of 18 who’ve had at least one period, and is available online here. The primary social media platform where most adolescents are accessing it is via the For Teens Period Instagram account. The For Teens Period initiative will also serve as a resource hub for education, support, and research on menstrual health and hygiene relevant to adolescents. It will also provide a safe space for them to ask questions. Lukindo said the team expects to have garnered a great deal of information from the research survey by the end of the summer. She’s hopeful the initiative will also help “normalize” menstruation and diminish the stigma still surrounding it.

“But it’s actually quite normal, and we just want to work towards normalizing periods … We’re hoping that it changes not just the financial side of period poverty, but also the social side with the stigma and education piece.”

The data collected over the next few months will be used to create an advocacy proposal they’ll present to the IWK for free menstrual products in all the facility’s washrooms. After that’s accomplished, the team has even bigger dreams.

“My goal is to bring this to the provincial level, to have it available in every public washroom. So restaurants, community centres, retail, the mall, anywhere where there’s a public washroom, there should be freely available menstrual products, in my opinion,” Pike said.

“And I’m hoping that this data will support a strong proposal for that.”