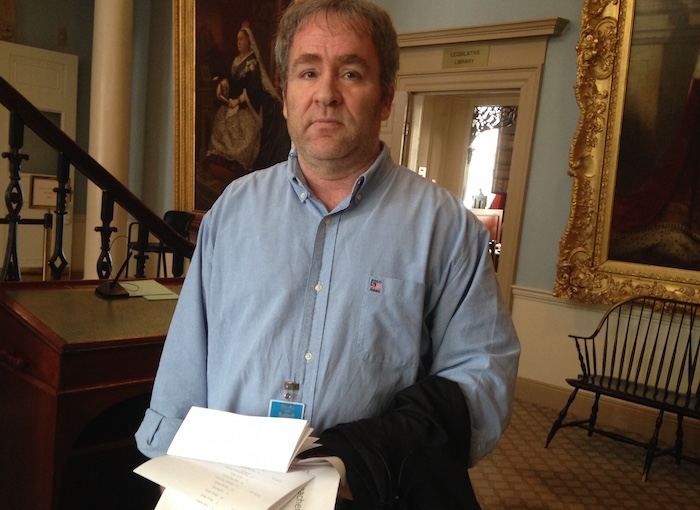 Yesterday, dozens of people addressed the legislature’s Law Amendments committee. Jennifer Henderson reported from the scene for the Halifax Examiner.

Today, teachers and other members of the Nova Scotia Teachers Union are on strike. Schools are closed, and thousands of people are expected to protest outside Province House.

The city has cleared all the snow from around Province House to accommodate the crowds. Protestors have been gathering since last night, but the largest gathering is expected between noon and 3pm.

A drunk man who was harassing picketers was arrested last night.

Today’s Examineradio podcast, which will be published around 4pm, is devoted to the teachers’ issue.

We’ve published the latest company and society registrations. This week there are 15 listings, including this one:

Born in London, England, and raised in Toronto, Canada, Charles Wahl is a triple threat working in commercials, music videos, and feature film. An award winning filmmaker Charles has taken on a wide variety of projects including writing and directing work that has been presented internationally at film festivals, run theatrically, been broadcast on television, and gone viral on the web.

Charles’ music video work has been featured internationally on MTV, Much Music, CMT, and BPM. As a young commercial director he is quickly moving up the ladder having directed work that has been featured in Shots, Marketing Mag, Strategy Online, Fubiz, Ads of the World, Great Ads Blogspot, Stimulant-online and many other publications. His list of clients include BMW/MINI, McDonald’s, Toyota, LG, ING Direct, Nestle, Bell Aliant, New Brunswick Tourism, The Vancouver Sun, and The Canadian Cancer Society.

Charles wrote and directed his award winning debut feature film Webdultery which screened and won awards at numerous film festivals and was distributed in the USA, Canada, and internationally.

Most recently Charles was the writer/director of the branded short film Kill The K-Cup, which went viral and was featured on publications internationally from Huffington Post, to Al Jazeera, and also landing on the Ain’t it Cool News Shorts of the week.

Charles currently splits his time between Toronto, Ontario and Halifax Nova Scotia with his wife, two young boys, and their dog Bitey.

The Kill the K-Cup vid was evidently filmed on Granville Mall and in front of the Art Gallery of Nova Scotia.

There’s a lot of it, and it’s going to take a long time to clear the sidewalks. 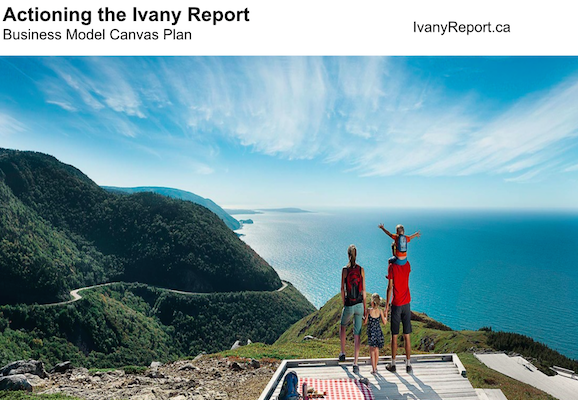 There’s nothing intrinsically wrong with creating a resource for people who are thinking of starting a business — a list of regulations and permits required, explanations for how to apply for permits and the taxes that will have to be paid, potential funding sources, etc. — but this seems mostly gobbledygook or, at best, buzzword-slinging cheerleading.

According to the document, we will “action” the Ivany Report in part through conferences and meet-ups, and by hosting “Ivany idea competitions” — the document links to a dead NSCC page and a page offering $1 million in prize money for companies willing to relocate… to New Brunswick.

The doc also suggests that we have more “coworking spaces,” like The Hub and The Space. Halifax’s The Hub collapsed in 2014, which is really too bad because it seemed like a good idea, but evidently there’s not enough of a market for such a thing, so why on Earth would we encourage someone to try it again? The link for The Space confusingly takes us to something called The Lift. I don’t know if The Space is The Lift, or if The Lift is creating The Space, or what. But whatever it is, it’s in Courtenay, BC. You know it’s a great success because it calls itself “vibrant.”

You know, if you want to start a business, start a business. I did it. But I don’t recommend it — it will eat up your life savings and put you at risk of bankruptcy, it will stress you out and keep you up at night, ruin your health and personal relationships, take all your time and then some. But if that’s what you want to do, have at it. You certainly won’t have the time to take vacations to the Cabot Trail with your hot spouse and two happy kids, as the title photo suggests.

As far as I can see, the point of the Ivany Report and its various spinoffs is firstly to give big consulting contracts to connected people and secondly to privilege “entrepreneurship” so we don’t have to talk about paying regular workers decent wages: You don’t need a good job! Just start a business!

The wealthy and their connected foot soldiers are laughing at us. 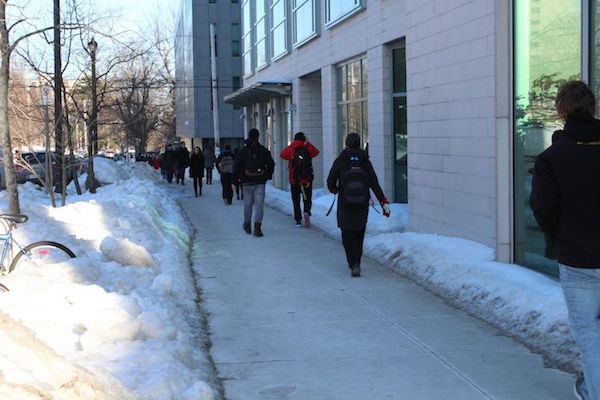 Like everyone, it frustrates me that we pay so much for snow clearing yet it is still so ineffective. But which matters more: The fact that the city “should” clear the sidewalks? Or that elderly and disabled people are trapped inside their homes right now?

No amount of paying taxes abrogates our duty as citizens to chip in when our city needs us.

Speaking of sidewalks, two years ago, in the winter from hell, when the city couldn’t manage to keep the ice off the sidewalks, Dalhousie University managed to keep its sidewalks completely ice-free. I’m told it’s the same this year.

Maybe people at City Hall should talk to people at Dalhousie.

Today, where is three score and 10? Many not counted as old unless 90 or over. Failing sight, but having aired opinions through editor from 80s on to be hopefully meaningful – but now feeling “What’s the use?”

The latest was wasted; God–given messages to present premier and others of our servants in government. But don’t give up you great writers, Ben Rogers using talents, those Bedeque area farmers, now Doreen Beagan spelling out badly needed truth. Thank you Richard Deaton for challenging us people to think again. Mr. Deaton you wrote on free will.

Me, in the dark, really, using free will until into my 50s. I’m invited, yes, to a Catholic prayer meeting, having heavy burden that day. The Lord spoke to me “Give me you burden” etc. (Matt. 11, 28 to 30) With so much help from the dear members (many gone home to the Lord) I did use my free will to say yes to Jesus and decided to try to follow Him in our Father’s will ever since. But we have to admit we stumble along – up again and again – begging God’s help through church, St. Michael and all available as we learn. Thanks again Mr. Deaton for making me put this black marker to use again.

No meetings scheduled for today or Monday.

Welcome to Africville (10am, Africville Museum) — RSVP to [email protected] 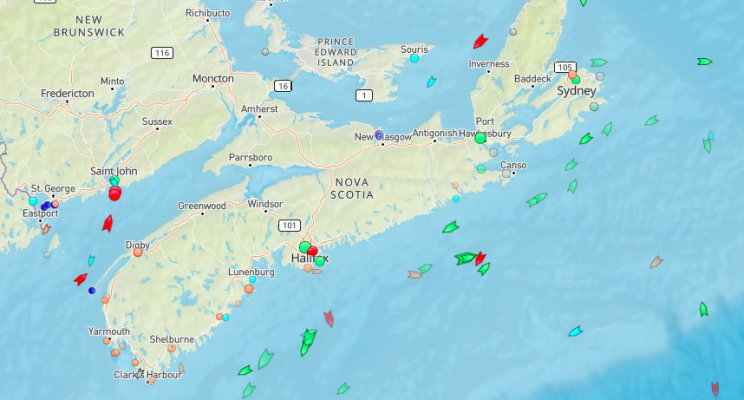 I hope to make it to Province House by noon. If so, I’ll be live-blogging via my personal Twitter account, @Tim_Bousquet.