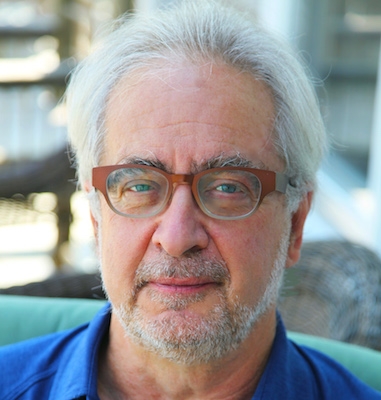 Philip Slayton is the author of Lawyers Gone Bad: Money, Sex and Madness in Canada’s Legal Profession; Mighty Judgment: How the Supreme Court of Canada Runs Your Life; Bay Street: A Novel; and Mayors Gone Bad. He splits his time between the south shore and Toronto. He writes:

The Halifax Examiner is delivered six mornings a week to your digital inbox. I think it’s more important than The Globe and Mail. It’s certainly more fun.

Part of the reason for the Examiner’s importance is the old-fashioned attention to detail of Tim Bousquet, the founder and editor. Not much escapes him (improbable shadows in the architectural rendition of a proposed development, for example).

Part of it is the skepticism Bousquet brings to the pronouncements of politicians, bureaucrats and high-flying businessmen, and his abhorrence of bafflegab (“world class,” “innovation,” etc., etc.).

The late David Carr of The New York Times attributed the success of British journalists in the United States to their suspicious attitude. “The one question all young reporters on Fleet Street are taught to keep foremost in their mind when interviewing public figures can be best paraphrased as, ‘Why is this jerk lying to me?’” Bousquet may be American, but he is in this Fleet Street tradition.

Part of the Examiner’s success is because of its quirkiness, Bousquet’s feel for topics that could easily be ignored but are surprisingly interesting. Ships that come in and out of Halifax harbour, for instance. That damn 90,000-tonne cruise ship Serenade of the Seas: here it is again! Pedestrians struck by cars. Suspicious packages left on the street. Stories about razor blades in Halloween apples, concocted by the paranoid.

The Examiner pays relentless and detailed attention to Halifax issues. Read it and learn about life in that city. But it’s not just for Haligonians. Peruse the Examiner and learn inferentially about how any Canadian city works. I don’t live in Halifax. Some of the year I live in Toronto. My understanding of Toronto has improved because I read the Examiner. I’ve become more discerning about municipal politics. Often in the morning, as I wade through the local reporting of The Globe and Mail or the Toronto Star, I think to myself: That doesn’t sound quite right. Bousquet wouldn’t fall for this bullshit!

It’s not just Tim Bousquet. There is the incomparable El Jones, until recently Halifax’s poet laureate, who composes the Saturday edition. She writes with insight and passion about race relations and prison issues. And there is fine long form journalism behind the pay wall by a variety of contributors, particularly Erica Butler who writes on transportation topics.

There are no advertisements in the Halifax Examiner. The “Morning File” costs nothing. To get behind the pay wall you have to subscribe for a modest amount. Subscriptions support the entire enterprise.  It deserves support, for all our sakes. 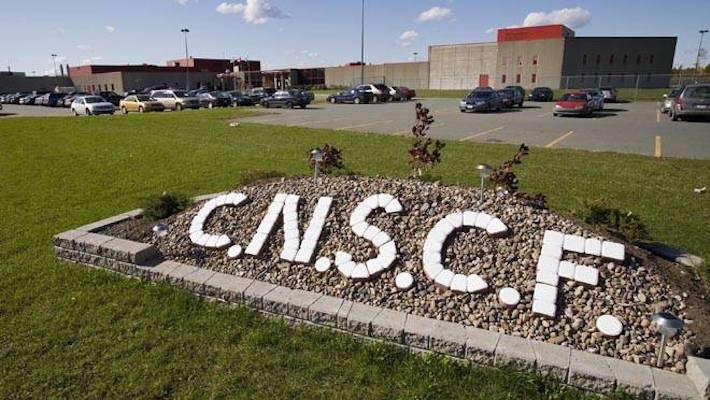 A Justice Department release from yesterday:

A 38-year-old man found unresponsive in his cell on Nov. 2 at Central Nova Scotia Correctional Facility in Dartmouth died at the Dartmouth General Hospital today, Nov. 7.

“My thoughts are with the family at this very sad time,” said Attorney General and Justice Minister Diana Whalen. “The loss of a loved one is heartbreaking.”

Staff immediately began emergency response procedures and contacted Emergency Health Services when the man was found unresponsive in his cell at 7:03 a.m. on Nov. 2. He was transported to hospital where he passed away early this morning. The man’s next of kin were present at the hospital.

I’ve learned the man’s identity and may have more on this later today.

A majority of PEI residents who cast votes in yesterday’s plebiscite on “electoral reform” opted for the Mixed Member Proportionate Representation option, reports the Charlottetown Guardian.

The plebiscite is non-binding, but should the change be implemented, here’s how it’d work:

Under this voting system, two-thirds of the MLAs in the legislature are elected under the present First-Past-the-Post system. These are district MLAs and they are chosen in the first part of the ballot the same way MLAs are chosen now — the person with the most votes wins.

The remaining one-third of MLAs is elected from party lists on the second part of the ballot.

These are known as “list seats” because these MLAs would not have a riding and would represent the whole Island.

List seats are allocated based on the popular vote each party receives on the second part of the ballot. The most popular candidates from the party lists are the ones who get the seats.

This system helps parties who do well overall in the popular vote to achieve a place in the legislature.

3. Multiple ways to die at the airport 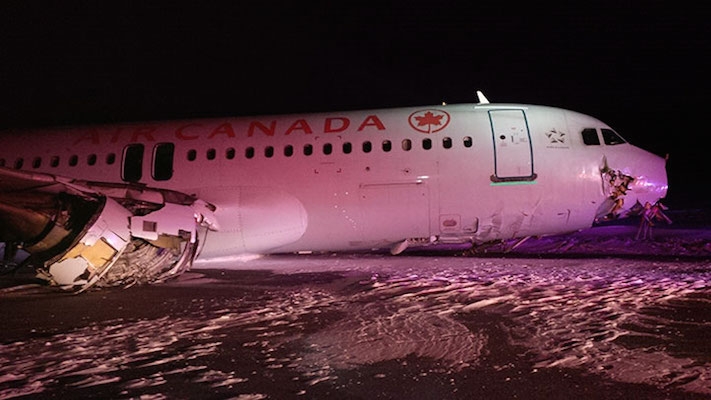 The 138 people on board Flight 624 survived not only the crash into a runway, but also marauding skunks, racoons, and bears.

As if the physics-defying travelling-at-50,000-feet-in-the-air weren’t reason enough to be worried, now Adina Bresge, reporting for Metro, tells us that the tubes of death face another risk while landing: hitting an animal:

Skunks were the most common critter to stray onto Halifax runways, according to reports, as well as the most frequent aircraft casualty. Recently, more raccoons have been popping up near airport gates, including a family of the masked nightcrawlers who took over a runway in August.

Other trespassers include coyotes, grounded birds and a handful of unidentified “small animals,” reports say.

In July 2011, it was reported that a “bear encroached” a runway and caused several flight delays. Airport officials responded by setting a “live trap” and issuing a safety bulletin, according to a summary of the incident.

I’ve long concentrated on the horrors of the fiery crash aspect of falling from the sky, but now I have to additionally worry that I might somehow survive the crash, only to find my bloodied and broken body attacked by a bear or chewed apart by a racoon.

Aly Thomson, writing for the Canadian Press, profiles the North End restaurant scene. I don’t know what to think about the article. It comes off as an advertorial-ish airline magazine article, one of those puff pieces travellers read to distract themselves from thoughts of falling from the sky and being eaten my marauding animals, but I guess there’s a place for that.

In the article, however, there’s only a brief of the dramatic social and economic changes befalling the neighbourhood:

The area, just north of downtown, is typical of gentrifying urban neighbourhoods: Musicians, young professionals and university students share the neighbourhood with low income families. Trendy Gottingen Street eateries like Ratinaud, an artisanal charcuterie, are neighbours with the Salvation Army and a methadone clinic.

It’s the area’s affordability and sense of community that has attracted so many young entrepreneurs.

Unfortunately, the “sense of community” among North End business owners doesn’t open up many employment opportunities for people from the existing low-income part of that community.

The big exception is Michelle Strum, owner of Alteregos coffee shop and the Backpackers Hostel, who has committed herself to hiring young people from Uniacke Square and the surrounding area. Strum also graciously offers to help other business owners learn how to reach out to the community to hire workers, and how to train and retain those workers.

But few of the trendy restaurant owners have taken Strum up on her offer. There is a dearth of black faces working in the hip businesses. It amounts to employment apartheid, and serves to further isolate and segregate an already marginalized community in its own neighbourhood.

Several weeks ago I wrote a letter about the mess along our highways naming, the 104, 102 and the highway to the Caribou ferry.

Well folks, I must tell you it is still not much different today. For on our way to Halifax last week what did we see. Oh yes green bags of garbage, coffee cups, wrapper of all kinds and, yes, the road kill and the rubber from heavy truck tires.

But one thing that I did not see was anyone cleaning up the mess or the long grass and weeds and small trees growing in the median and on both sides of the highways.

So I guess one could say that the government of today has no pride in how our highways look. Just why are we paying gas tax to keep our highways the way that they should be? And there is one thing that I never see, and that is a Department of Transportation work crew, and if and when I see a crew they are just standing around talking at the back of the truck having a coffee or smoking.

But winter is coming and the snow will cover it all up until next spring when it will all be back again for everyone to see. Now that is a very thoughtful way for our government to cover things up. I just wonder if this is the only thing that they cover up.

I don’t know the people at Pothier Motors, a car dealership in Falmouth, near Windsor, but for the last week they’ve been yelling at me with their all-caps ad on Facebook: 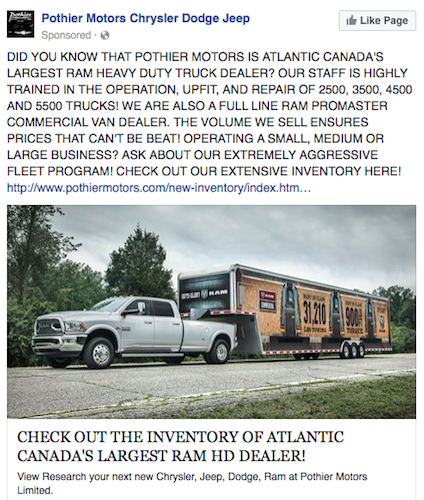 I suppose I should be grateful that Pothier president John Thomas Pothier (ahem) hasn’t bulldozed a neighbourhood, but I prefer the soft sell:

City Council (1pm, City Hall) — the first meeting of the new council. I spent a couple of hours yesterday reading through agenda items, but nothing jumped out at me enough to write a council preview. But who knows? Maybe one of the verteran councillors will call a new councillor a whippersnapper, and fisticuffs will ensue, a Blackburn-Hendsbee throw-down perhaps. That’s my hope, anyway, so I’ll be live-blogging the meeting via the Examiner’s Twitter account, @hfxExaminer.

IDEA Project Public Information Session (6pm, Alumni Lounge B Building, 1360 Barrington Street) — Halifax apparently has an “innovation district” now. That means Dal’s engineering campus is getting a $64 million makeover, and this is the dog-and-pony show about why Dexter Construction should get the money that could otherwise go to reducing tuition fees. 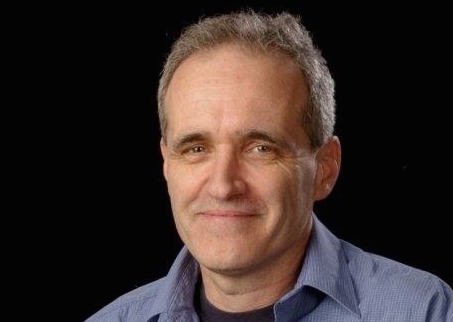 The Oland Case (7pm, Rm 104, Weldon Law Building) — Greg Marquis, author of Truth and Honour: The Death of Richard Oland and the Trial of Dennis Oland will tell us, “Why the Oland Case is So Important.”

The sea around Halifax, 9:10am Tuesday. Map: marinetraffic.com