You are here: Home / Featured / It can happen here

1. It can happen here 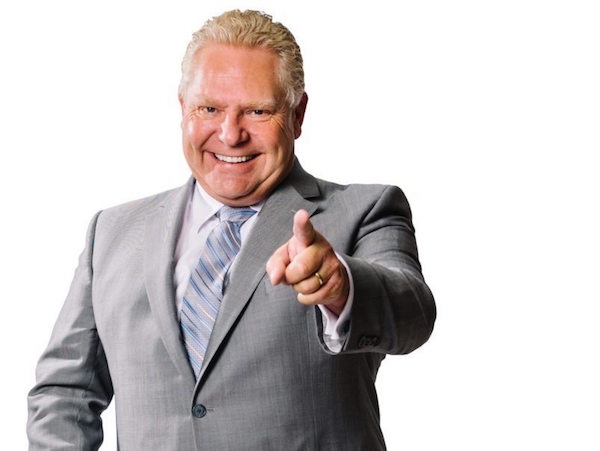 Two years ago this would have been unthinkable. Now it’s reality.

And these aren’t just some weird blips in history. There’s always been an undercurrent of nativism in North American history, and no manner of wishful thinking is going to make it go away.

I was thinking about this yesterday and wrote a Twitter thread to express myself. What follows is a slight expansion on that thread.

I was living in California in the mid-1980s when Rush Limbaugh came onto the scene on an AM radio station in Sacramento. There had been other shock jocks — Howard Stern was getting attention for his schtick at about the same time — but Limbaugh had a particular genius of appealing to nativist and anti-elite sentiment. He was good at it, and within a few years he moved to New York and was syndicated nationally.

Success breeds copycats. Some of the Limbaugh copycats were better than others. Up the road from Sacramento, in my hometown of Chico, there was a former newspaper columnist named Bruce Sessions who landed a show on KPAY; Sessions was so odious and humourless that even the Nazis hated him, but he somehow managed to pull in enough listeners to stay on the air for a decade. In other markets, there were more talented haters — Glenn Beck and Sean Hannity had their starts in radio, for example

Soon enough every radio market in the U.S. had at least one (often, many) Limbaugh wannabes spewing anti-everything sentiment. There was even a name for it: “Hate Radio.”

The conservative radio hosts were political in the sense that they talked about politics, but they weren’t overtly political in terms of running for office. Fast forward to Donald Trump and the Fords.

We could argue which came first, Trump or the Fords, but it doesn’t really matter. Maybe they fed off each other. What’s important is they found a winning political formula: running for office by appealing to nativism and ignorance. They are the anti-politicians: anti-elite, anti-education, anti-science, anti-politics as usual, even anti-morality — there is no shaming them.

And there are an awful lot of people who support them. Maybe not a majority, but enough that if the politics are massaged just right, they can come on top.

And like Limbaugh before them, the success of Trump and the Fords will inspire copycats. Soon enough, every political jurisdiction will have Trump and Ford wannabes. We’re already seeing the copycats pop up in Nova Scotia — Matt Whitman seems to have stumbled into it by accident, but John Lohr’s leadership campaign is employing a planned strategy of hate, apparently organized (and perhaps financed) by Andrew Scheer.

Thankfully, neither Whitman nor Lohr are particularly appealing, even by the low, low standards of Hate Politics. I doubt they’ll gain much traction. But that doesn’t mean Nova Scotia is immune to Hate Politics; it just means the right person has yet to come along to tap into the support it can receive here.

And in some ways, Nova Scotia is more ready for an appeal to Hate Politics than was Ontario. There’s immense resentment in Nova Scotia, an angry rural constituency, a large suburban population that hates values represented by “Halifax” and so-called “government elites” (often, for good reason), and three political parties which traditionally have failed to distinguish themselves from each other in any meaningful way. Any one of those parties could be taken over by a demagogue, who with the right mix of appeals could end up as premier.

It’s only this morning that I remember that Graham Steele wrote about this after Trump was elected:

The Halifax-rural divide is the fundamental cleavage of Nova Scotia politics. Politicians exploit it today, but quietly. What if someone came along to exploit it without restraint? They wouldn’t even have to work at it. It’s already there. It’s just waiting for the bandaid to be ripped off.

There are racist, misogynist, xenophobic elements in Nova Scotia. We’re kidding ourselves to deny it. What if someone came along that gave Trump-like permission for these elements to step forward? It wouldn’t take much. They’re ready.

There is a large and growing number of Nova Scotians who don’t vote, and in fact have never voted. They don’t see the point. What if someone came along who said, I’m your voice. And then what if the non-voters said, Why not? This could be fun. This could be real. Let’s see what happens.

Meanwhile we have a political class who have created a comfortable bubble for themselves. It is largely detached from reality. Just watch the legislature some day. They’re going through the motions. That’s not where the real decisions are being made.

The political class is vulnerable to a Trump-like charlatan who is simply much better at politics than they are — someone who, like Trump, takes their rhetorical tools and uses them better.

All it would take is someone with money. Someone with a ready-made profile: a retired millionaire, a hockey player, a media personality, a preacher. Someone who made their name and their money elsewhere and wants to come home to Nova Scotia.

All it would take is someone ready to take over an existing party — does anybody realize how easily a populist movement could take over any one of the major Nova Scotia parties? — or create a new one.

Yesterday, in my Twitter thread, I wrote that “I’m not exactly predicting a nativist wave taking hold in Nova Scotia, but I am saying that it is possible. We should prepare ourselves for it.” Afterwards, several readers asked, “How do we prepare for it?”

Honestly, I’m not sure. But I think the first step is to recognize that it can in fact happen in Nova Scotia.

I think the ultimate answer is that we’ve got to give up on politics as usual. Politicians have to stop playing their insider game and start speaking directly to citizens, and start acting for them.

Some of this should be Roman-style bread and circuses. People need to see that politics works directly for them.

I fear that we already focus too much on the “circus” side of this equation — promise a football stadium, and plenty of people will vote for you.

But what of the “bread” side of the equation? If we’re going to ask people to stay away from Hate Politics, they need to see some tangible benefit coming from non-Hate politicians. We need nice things — good roads, transit that works, throw in a pretty train to Bedford.

But even better is flat out money. Money directly to the people. Give them cash rebates. Call it the Christmas dividend, a cheque that comes two weeks before Christmas. Sure, that makes no fiscal sense at all, but as we’re seeing with Trump’s budgets and Ford’s not-costed promises, no one gives two shits about budget deficits or sensible fiscal policy; a lot of people just want to think the politicians are working for them, and they won’t sweat the details. Heck, pay for the Christmas dividend with a carbon tax or by increasing the corporate tax rate; no one will care so long as they get a cheque made out directly to them.

And sure, that’s cynical, but I’m good with cynicism if it facilitates a wealth transfer. The problem is that as is, a lot of people see only a transfer of wealth from themselves to poor people. They’re not going to care to understand the nuances of the costs of poverty in terms of additional health care, policing and prisons, and so forth, not when it’s easier to just hate on the poor and perceived “job takers” like immigrants. But give them a cheque, and maybe there’s not so much incentive to hate.

I admit these are weak ideas. So you come up with better ones, because Hate Politics is coming our way, whether we like it or not.

“According to folklore (and Wikipedia) a werewolf is a human with the ability to shapeshift into a wolf-like creature after being placed under a curse or affliction,” writes Jennifer Henderson:

So “Werewolf” is the fitting title for Cape Breton director Ashley McKenzie’s much-acclaimed and gritty feature film about two young adults struggling to stay on methadone and break from their drug addiction. Blaise and Vanessa attempt to support themselves in a rural area going door-to-door offering to mow lawns with a machine as broken down as they are.

There’s a free screening of the film Monday night, 6:30pm, at the Central Library. The screening is followed by a panel discussion addressing Nova Scotia’s approach to dealing with the opioid crisis, which Henderson details in her article.

The Coast turns 25 this week. And this week, it has a nice collection of articles celebrating the long run. Congratulations! 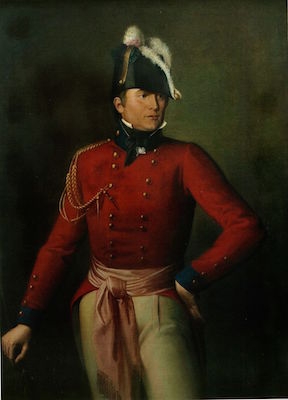 Robert Ross was totally not Canadian.

“On Wednesday, CNN reported that Trump mentioned the attack [on Washington, D.C.] during a May 25 conversation with Prime Minister Justin Trudeau on his decision to impose tariffs on metals imported from Canada, Mexico and the European Union,” reports Haley Ryan for StarMetro Halifax:

According to CNN’s sources, Trump asked Trudeau: “Didn’t you guys burn down the White House?” The CBC has confirmed the CNN report.

John Boileau, Halifax author and historian, would like to set Trump straight.

“It was purely a British operation; any Canadians there just happened to be ones who had joined the British navy or the British army but didn’t even pass through Canada,” Boileau said in an interview Thursday.

“So for President Trump to say, ‘Didn’t you guys burn the White House?’ He doesn’t know his history.”

I wrote about Robert Ross and Canada’s newfound love of its invented militaristic history in an essay I wrote for The Coast. Click here to read “Land of the flee: Tim Bousquet tries to escape from George Bush’s America — but Steve Harper’s Canada isn’t much better.”

Stephen Archibald went to Washington, D.C., and it’s like a kid in a candy shop.

My favourite D.C. observation from Archibald is this: 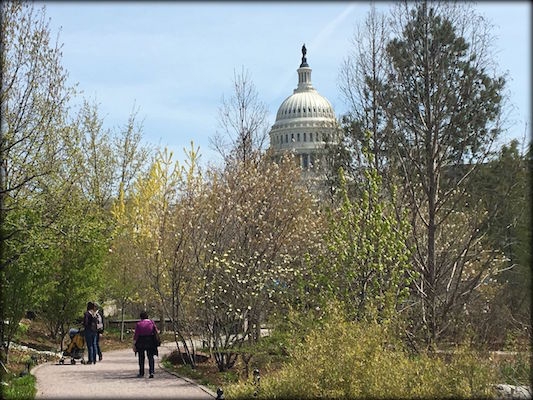 Another surprise: next to the Capitol was a botanical garden of native plants. As you would expect in a national capital, this was really well done. Made us wonder, when the giant babies stop parking next to Province House in Halifax, could a garden of native Nova Scotian plants replace the asphalt (and maybe even the Citizen Soldier monument)? Folks from the Irving Garden at Acadia would have the expertise to make us a spectacular native plant garden.

(no cruise ship arrivals are scheduled for the weekend)

We live in horrible times.

Tim Bousquet is the editor and publisher of the Halifax Examiner. email: [email protected]halifaxexaminer.ca; Twitter