The Africville reunion and the Pride parade came on the same weekend this year, and both were big successes. See Africville coverage here, here, and here, and Pride coverage here, here, and here. Stoo Metz, a professional photographer, was on the last float in the Pride parade, and as it turned the corner on Park Street, he looked back and caught this image of the throngs of people at Pride: 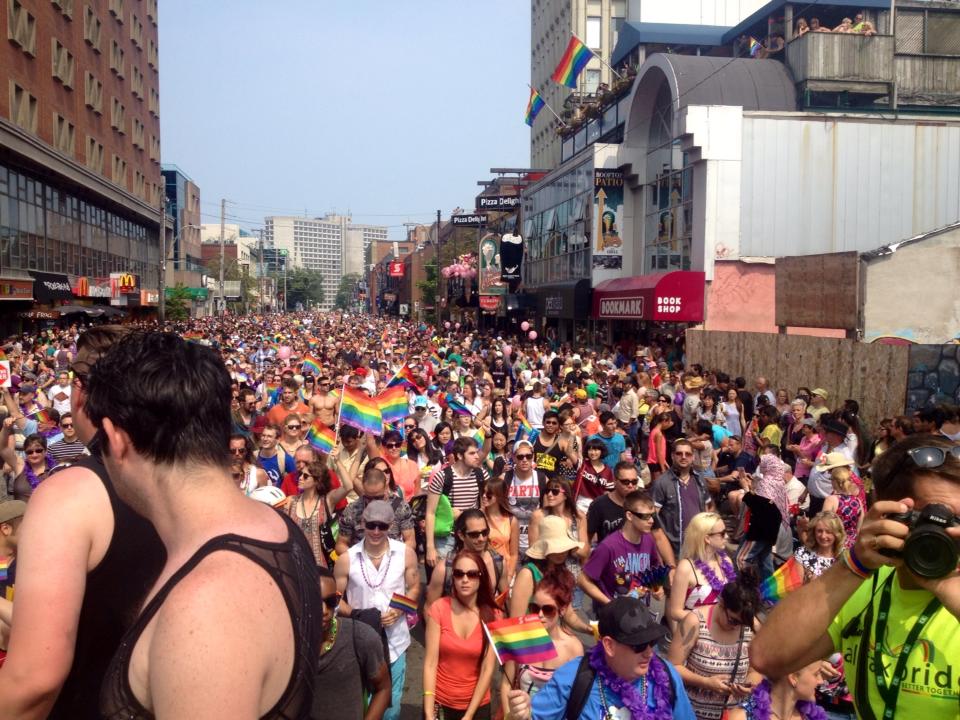 Nova Scotian flag football players were scheduled to be part of Team Canada’s presence at the Flag Football World Championship in Jerusalem, but the event has been cancelled and/or postponed due to the on-going military operations. “I was a little devastated,” player Grant Mylestold told CTV.

I realize that CTV is just doing a one-off story about a local connection to a much bigger international story, but context matters. Whatever you think of the horrific violence now playing out in Gaza, there has been, and is, an international movement to boycott Israel, especially for academic and sporting events. The boycott is relevant to the flag football championship; by ignoring it CTV may be sidestepping a controversial issue but the network is doing a disservice to its viewers.

Wouldn’t it be a terrible irony if it isn’t exploitation of the tar sands that pushes us over the tipping point for irreversible climate change, but rather the burning of the boreal forests in the Northwest Territories?  No one much locally is talking about this, but over the last few days we’ve had beautiful weather, but no blue sky. The smoke from the Northwest Territories and Siberia fires is driven by the jet stream and other upper atmospheric currents eastward, giving us here in Nova Scotia a blurry white sky and dullish sunsets. In the Arctic, it means the release of one of the largest carbon sinks on Earth, and the soot from North American fires is causing an unprecedented (and unpredicted) melting of the Greenland ice sheet.

“Pursuing the lucrative young gambling market leads to a moral quandary,” says Rachel Brighton. The line seems to be, “well, they’re going to gamble online anyway, so what’s the harm in us getting some of that action?” which sounds exactly like what the corner crack dealer would say.

2. Hockey was invented in Dartmouth.

It was 1862, and a group of moustachioed, tight pant-wearing Dartmouth hipsters pedalled their fixies out to Lake Banook. Back in the day, the lake froze more than two weeks out of the year, and so the fellows started goofing around, ironically mimicking the nearby Mi’kmaq, and the next thing you know Sidney Crosby. Here’s a picture of them after a game: 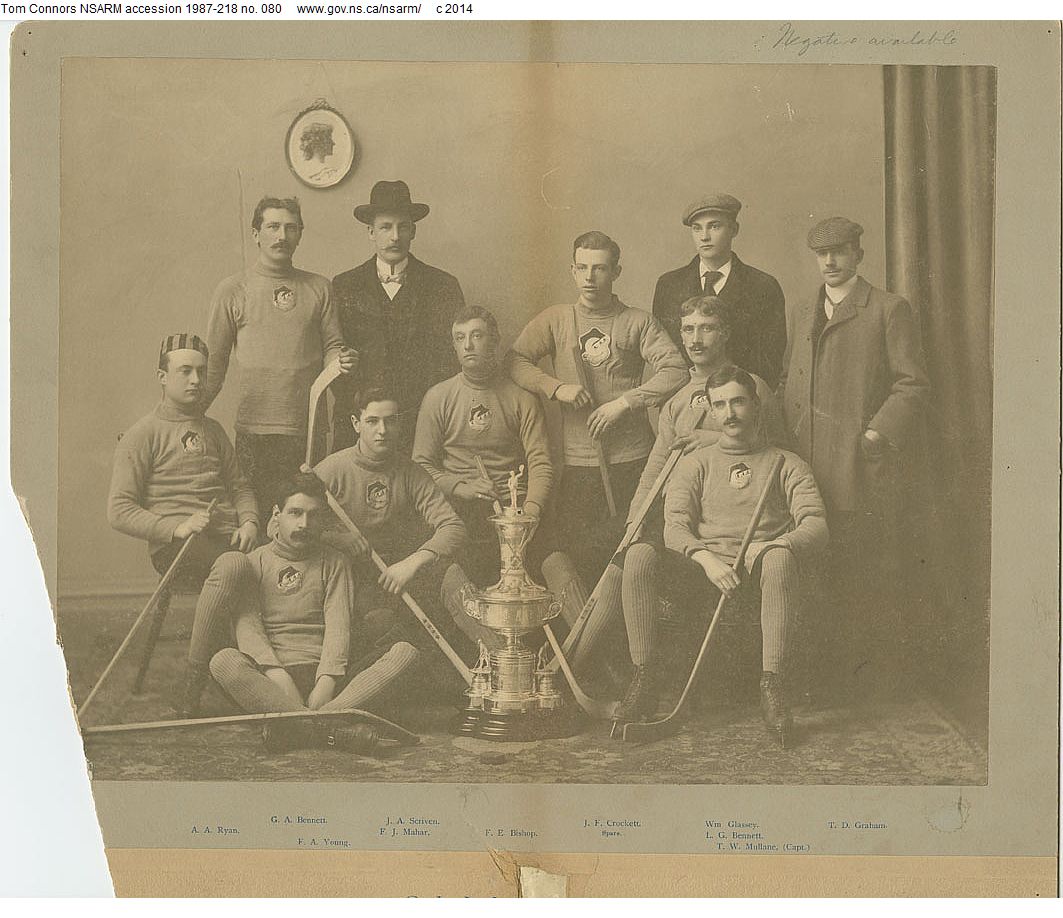 The construction of the [Shubanacadie] canal provided young immigrant craftsmen eager to participate in the new sport. One block from the pond was the most important skate factory in the world—The Starr Manufacturing Company. At Mi’kmaw encampments at nearby Tuft’s Cove and on both Lake Banook and the adjacent Lake MicMac, the Mi’kmaq played their own ice game and perfected the skill of stick-making. With these perfect conditions, ice hockey was soon being played on Lake Banook and the North West Arm for the first time.

I dunno, it sounds to me like the Mi’kmaq invented hockey. Some other people say Charles Darwin played it too, in 1853. I guess this is what Canadians do, fight about who invented hockey. Here are David Woods’ reminiscences.

No public meetings today. Tomorrow, council meets at 10am. There’s a lot going on at tomorrow’s meeting, including discussion of a possible sale of the Kyber building, tearing down the Forum, and weeds in Dartmouth lakes. I’ll have a fuller discussion of those issues, and more, in a council preview later today.

No meetings to report today, but there are a bunch of PhD defences coming up. Deets tomorrow.

I’m in awe of Candice Walsh because she has somehow figured out how to continually travel around the world without having, you know, a job. Walsh chronicles her travel on her site, Candice Does the World, which is worth exploring. She calls St. John’s home, tho, and so has written a travel guide to that city. But to really know Walsh, watch her get drunk with Mark Critch:

Matthew Duncanson, who I think is the same Matthew Duncanson who is in the band Zulkamoon, has registered a new business called Dark City Brewing. I couldn’t reach him over the weekend, so I can’t be certain what that’s about, but it sure sounds like more craft beer in Hali.

Earl Lattie, of Truro, has started Paranormal Investigations Nova Scotia, which judging by his YouTube videos consists of walking around spooky places with a camcorder. “Nova Scotia has long been considered the most haunted province in Canada,” writes Lattie on his Facebook page.

Brittany Cameron, a horse masseuse in North River, has started Eastern Equine Dynamics. And yes, horse massages are a real thing, provided mostly to race horses. I knew a guy in California who was a horse masseur, but I’m surprised there’s enough business here in Nova Scotia for it.

The city has put a tender out, looking for a company to build 3D models of downtown Dartmouth, based upon three different sets of proposed building height and setback regulations. Folks who are interested in such things can find the details on the last page, here.