Conciliation likely will be the next step,  given that union leaders had said they don’t expect a better offer from government.

That means at some point, a strike vote will be held, or the province could legislate a contract, the most extreme option for both sides respectively.

When asked what swayed the teachers to vote the way they did, [union president] Morse said members are upset with their working conditions and would have liked to have seen some of those issues addressed in this contract.

“The working conditions that they are dealing with are terrible,” Morse said.

“Class sizes are huge in some grade levels. We don’t have enough resources to deliver our programs properly. We don’t have the proper services to help students with varying needs. We have class composition issues. The workload has increased considerably because of PowerSchool and TIENET (reporting systems).”

The computer systems have loomed large for the teachers I’ve spoken with. Using the software is time-consuming, and in the teachers’ eyes, the systems amount to micro-managing and are counter to the teaching mission. The software is updated or vendors changed every year or so, for what some teachers think are nefarious purposes.

Beyond that, I think teachers have finally hit a breaking point in terms of how much they will allow themselves to be vilified and attacked. And union members thought their leadership had abandoned them. Many people who claimed to be teachers weighed in on the issue in the comment section of the CBC article on their vote:

If anyone thinks this was about money, then they haven’t spoken to a teacher lately. The salary offer will be the first thing to go and I think most teachers understood that. This was about real values and real reform. Even if everyone ends up back where they were in 6 months, both the Union and the Government have some deep reflecting to do.

I am a teacher in Cole Harbour and yes, I 100% voted no and it had nothing to do with money. We are all very aware that we teach in a debt-ridden province. We don’t do what we do for money. We do it because we love your children and we want to see them LEARN.

As a teacher, I can’t teach my students that we don’t tolerate bullying in school, then accept it in my own life. The government’s tactics, of take it or else, are shameful and should not be tolerated by anyone. It was for that reason alone that I voted NO!

These are pseudonymous comments because teachers aren’t allowed to speak publicly on political issues (think about that for a moment….), but the comments reflect the sentiments I’ve heard from teachers I know. 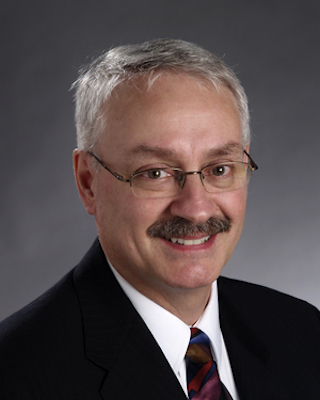 City clerk Cathy Mellet dropped a bombshell at yesterday’s city council meeting: Intelivote, the electronic voting firm hired by the city to conduct the internet and phone portions of city elections, including January’s District 6 byelection, is for sale and may soon be in receivership to the Atlantic Canada Opportunities Agency (ACOA).

I’ve written extensively about Intelivote, and profiled the company in 2008. Intellivote founder and CEO Dean Smith was generous with his time, open to critique, and has made himself available for followup in the years since. (I didn’t have time to speak with him yesterday afternoon.)

Intelivote has been the recipient of considerable government largesse, both federal and provincial.

On the federal side, ACOA has given the following “financial assistance” to Intelivote through the years:

All the listed payments were loans, except for the last, which was an outright grant. Which is curious, because ACOA typically doesn’t threaten to call in a failed loan until all possible options are explored; the $50,000 grant was likely made even though ACOA must have been aware of the company’s difficulties. It looks to me like ACOA was throwing good money after bad in a sort of Hail Mary pass, hoping that the new money would salvage the last half-million dollar loan.

The provincial side is far worse. Nova Scotia Business Inc. has dumped $2.8 million into Intelivote, all of which comes in the form of an equity stake. When the last $800,000 came down in 2012, I asked Smith what would come of the money:

But what do Nova Scotia taxpayers get in return for the $2.8 million invested in Intelivote?

Smith has just eight employees, so the payroll considerations are minimal.

The real potential impact is in future return, says Smith. Technically the province’s money is in the form of “convertible debentures” — that is, loans that can be converted into stock.

“We’re probably a decent takeover target,” explains Smith. The way he sees it, Intelivote is a relatively small firm with a successful product, and so at some point a larger company will want to purchase Intelivote. “They’ll offer four times revenue, or whatever, and that’s when NSBI can cash out its shares for a profit.”

There are about 90 other investors, says Smith, most of who want to see an “exit strategy” of the company getting swallowed by a bigger company. In the meantime, NSBI has one representative — Peter MacNeil — on Intelivote’s five-person board of directors.

(As an aside, that seems to be NSBI’s approach to many of the businesses it has an equity stake in. Investors into the teetering Unique Solutions tell me that the company’s entire mission is to get itself sold, probably as a tax write-off. The way it’s been explained to me is this: if the company’s shares can be consolidated under one owner (probably Toronto-based Northwater Capital’s Intellectual Property Fund), then Canadian tax law allows the “asset” of Unique Solutions and its debt to be purchased by another company, which can use the Unique Solution debt to write down its own tax liabilities. If so, Nova Scotia taxpayers will ultimately have subsidized a tax-avoidance scheme for some larger company.)

As for Intelivote, if ACOA is knocking at its door and threatening to sue, then it’s unlikely the company has much, if anything, in real value. As Jacob Boon reports:

[A] former Intelivote employee who wished to remain nameless says the company has numerous outstanding debts to suppliers.

“They’ve been perpetually out of money for many years,” he says.

Smith believes a potential sale wouldn’t change much in terms of operations.

“It’s going to be the same people, the same system. The interested party that buys the company, it’d be crazy to do anything but carry on with the system.”

But he does admit an asset sale is possible, which wouldn’t include NSBI’s investment (held in common shares) and leave Nova Scotia with little to show for its $2.8 million.

I can’t think of any reason why another electronic voting company would want to purchase Intelivote. It makes no sense. The Spanish firm Scytl, for example, which has dominated the North American market in recent years, has its own large operations and would be in no need of Intelivote’s assets, or even its existing contracts. Maybe there’s some weird financial gimmickry like a tax avoidance scheme that makes “sense,” but not “sense” in terms of bringing any tangible benefit to Nova Scotia.

Boon gets into what the Intelivote collapse means for the city elections already contracted to Intelivote. Mellet assured council yesterday that the next election will go off without a problem.

But this is yet another potential problem with electronic voting. Setting aside the risks of an election being hacked, it makes no sense to contract out the basic infrastructure of elections to private companies — companies that can financially collapse in the lead-up to, or even in the middle of, an election. Criticize Elections Canada, Elections Nova Scotia, and the city’s Elections department all you want, but there’s zero chance that they’ll simply cease operations. 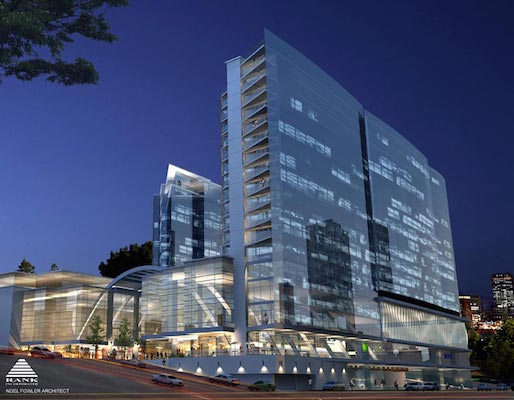 It was a meaningless gesture because nothing will come of it, but Halifax council yesterday directed staff to prepare a report about whether and how the city can compensate businesses near the Nova Centre for losses they’re incurring due to construction.

I’ll save everyone the time and money: The city can’t compensate businesses.

I see photos of the glass going up on the project. Blue or green, or maybe both, it’s hard to tell. But this world-class building looks like something right out of 1981.

I wonder how many birds will die. As the New York Times reports:

New York is a major stopover for migratory birds on the Atlantic flyway, and an estimated 90,000 birds are killed by flying into buildings in New York City each year, the Audubon group says. Often, they strike the lower levels of glass facades after foraging for food in nearby parks. Some ornithologists and conservationists say such crashes are the second-leading cause of death for migrating birds, after habitat loss, with estimates of the national toll ranging up to a billion a year.

Usually, the dead birds are removed quickly by rats or other scavengers, or by cleaning crews, and they aren’t on the sidewalks long enough for most pedestrians to realize just how many there are. I’ve heard reports that around some oddly situated buildings dozens of birds are killed a day, although the average is about ten a year, per glass building.

Someone should conduct a dead bird count around Nova Centre.

Kate Watson looks at the plans for the new Prince Arthur School in Dartmouth.

I attended a hockey game in Bridgewater on Nov. 21. My grandson was playing for South Shore Lumberjacks. Late in the game, he sustained a facial injury and needed stitches. We left for home at 10:30 p.m. and he went to hospital. We found out later he got out of hospital at 5:30 a.m. He had another game Sunday at 2:30 p.m. in Truro. This was far too long to get stitched up. I hope health services improve soon.

North West Planning Advisory Committee (7pm, The Four Pad Arena in Bedford With the Name of a Fucking Bank Plastered on it) — a tiny issue is under consideration.

Public Accounts (9am, Province House) — Paul LaFleche, Deputy Minister at the Department of Transportation and Infrastructure Renewal, will be asked about “Investment in Road Improvements and Repairs.” 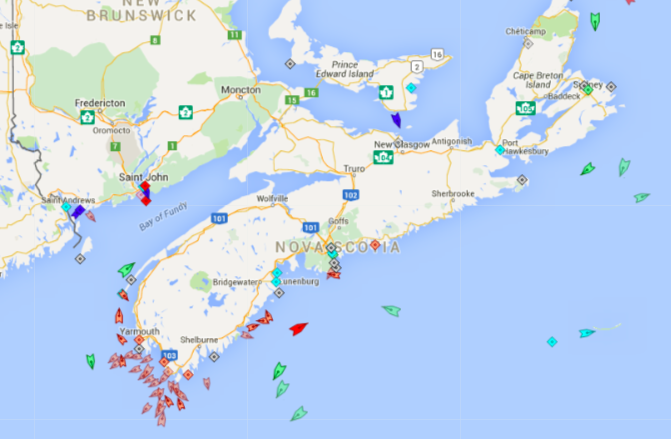