You are here: Home / Commentary / In praise of First Girls 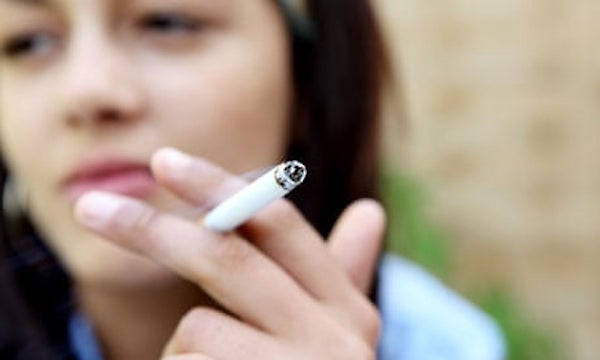 Cassie joined our French class in Grade 9. She sat in front of me. I was drawn to her because of how proudly rude she was to the teacher. “What is that in French?” the teacher asked her, and she shot back, “Shouldn’t you know? You’re the teacher.”

By May of the school year, she started complaining if we left our rooms because exams were close. Acceptable friends were those also in the advanced classes, whose parents she knew, who played in orchestras or band, or the children of congregation members at church.

Cassie was not an acceptable friend. She smoked on the front steps of the school. She told me that in the summer she would “hitchhike to Van.” I had no idea what that meant. In gym class, she refused to wear gym clothes, pretended to have her period for weeks on end, and sat on the bleachers chewing gum. Paired up in French class, she would use the dialogues we were supposed to write to practice vocabulary words to construct subversive statements.

Cassie was cool and dangerous. Given that I existed in fear of any call from the school to my mother, and had an acute awareness of the shame I could bring upon her and that my mother was vocal about, I lived vicariously through Cassie’s rebellions. I didn’t have words like “subverting gender norms,” or “transgressing social roles” but she was the first girl I was friends with where I recognized that these things existed, and that she was crossing them. It was exciting and intoxicating.

There was no language in my mother’s world — where tight lips and straight spines and dignity were the weapons against men who ran around, or left their families, or brought their women to the door — to name what it is that might make a young girl sit in a car with her friend’s mother and talk about what she did with the older boys.

How could my mother respond when the only thing she was ever taught was to look the other way? How could she respond when what she knew about women protecting themselves was to shut daughters in rooms to study? She didn’t even let us go to the mall. She was already appalled by Canadian friends who let their children have boyfriends, or wear ripped jeans. How could she respond when, on the occasion of her leaving home, her mother came to her room, gave her a Bible and the Methodist hymn book and told her if she read them every day, she would be safe?

I didn’t have language either. One day, Cassie told me she was in the weight room with the football team. She was playing around with the weights and one of the older boys, in front of everyone said, “You would like a sport you can play on your back.” Everyone laughed at her.

She laughed when she told me this, so I laughed too. It was a story she’d repeat to me more than once, searching for something from me that I couldn’t see and didn’t know how to give. Boys never even talked to me, the only girl who wasn’t white. I was envious that they talked to her, that they grabbed at her, that they seemed to think she was attractive.

I couldn’t see that she was telling me because it hurt. I didn’t know what those older boys were doing to her. I didn’t know to say things to her like, “he shouldn’t have said that,” or “you deserve better than being treated like that,” or even, “that’s not funny.”

I know now that Cassie was raped in high school. I know now that in the backseat of my mother’s car she was asking for help the only way she knew how. I know now that the things I was attracted to in her, the things that to me opened up exciting worlds, were expressions of trauma. I now know how she needed to be heard, but no one knew how to listen.

I think about them, those First Girls. The First Girls for sheltered girls who broke us out of our homes. I think about how those girls were sacrifices: not just to boys, or to schools that disciplined and suspended them, and to disapproving parents, but also to us, their friends, who took from them the danger, and had nothing to give back for the pain.

I think about how those girls, for us sheltered girls, are the story of the First Girl we knew who drank, or smoked, or talked back to teachers, and how for us they were so freeing. I think about how they were labelled. The ones called sluts, throwaways, trouble makers, bad girls, failures, behaviour problems, poor influences, trash. The ones whose suffering we couldn’t see. The ones who are the bridges we crossed over on.

I’m in Vancouver at a youth poetry slam. I listen to high school girls do poems about rape culture, and slut shaming, and internalized misogyny, and racial identity, and growing up as immigrants, and I’m so goddamned glad they have the language that no one ever taught us. I’m so glad they know how to name and recognize things like sexual assault. I’m so glad they have other girls around them to tell them they’re not at fault, and that no boy has the right to shame you in the weight room. I’m so glad they have places to speak that aren’t the backseat of the car.

I know that just speaking and naming doesn’t solve, or end, or even heal, but I’m so glad they at least have the words to start.

And maybe she, my first dangerous friend, maybe she is one of the reasons that I now can be the person who names, and shouts, and refuses, and talks back, and challenges, and uses my words freely.

Bless them, the First Girls who made us who we are. The girls who parents and teachers hated, the girls boys used and then made fun of, the girls who fought to assert themselves, and kept kicking, and kept their chins up. The girls who taught us to stand up for ourselves. The girls who aren’t some moment in our stories who can then can be discarded, but who were and are so valuable. Who gave us everything.

You are the doors we walked through.