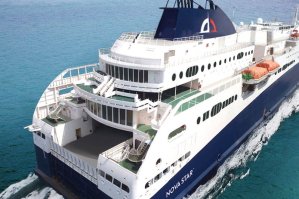 The Nova Star has no wintertime bookings, the Chronicle Herald’s Michael Gorman reports. The business plan for the Yarmouth ferry was for it, like its predecessors, to go south during the off-season, to pick up a bit of revenue. The old Cat ferry, for example, one winter operated between Florida and the Bahamas, and another winter in Trinidad and Tobago. The Nova Star’s owners have been unable to find such winter work, so, well, you can guess the rest.

At 2:40 p.m. police received a call regarding a break and enter into a residence on Cedarbank Terrace where the caller stated that the possible suspect was fleeing the scene in a red canoe in Northwest Arm. Officers attended both sides of the Northwest Arm in an attempt to keep their sights on the man so they could arrest him. He made his way to land in the area of Sir Sandford Fleming Park where he was arrested by members of Patrol and the K-9 Unit at 3:36 p.m. Forensic Identification officers attended the scene where we recovered the canoe as well as items that were believed to have been stolen from the break and enter. It has yet to be determined if the canoe was stolen and, if so, from where.

“People in Nova Scotia can now legally make their own wine and beer in so-called u-vint and u-brew stores,” reports the Canadian Press. 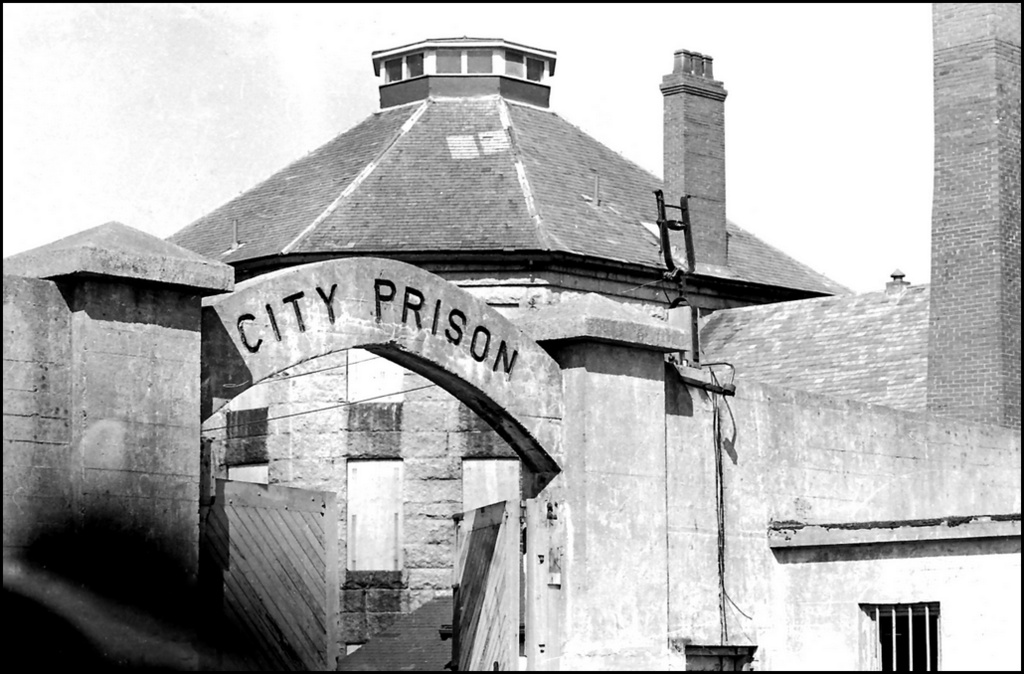 Back in the 1970s, Stephen Archibald took “artsy photos” of the abandoned Rockhead Prison, the old city jail towards the end of what is now Novalea Drive. Today, he shows them off. A while ago, Archibald had posted the same photos on Facebook, which led to a lively discussion of people relating their memories of the prison. The building was torn down in the later 1970s.

The provincial Liberal government has introduced legislation to join the Harper government’s proposed pooled registered pension plans. Claire McIlveen gives a quick primer on what they are, and why they’re bad for workers.

Metro reporter Ruth Davenport explains why women who are sexually assaulted are reluctant to report the assault to police. Besides the indignity of the reporting process and potential court trial, there is the almost-guaranteed slut-shaming and worse. Says Davenport:

Women, it seems, must always have an agenda. We don’t actually slap scarlet letters on them anymore, but thanks to the internet, women who accuse a man of any kind of misbehaviour risk having not only their identities exposed and publicized, but also an eternal water-torture drip-drip-drip of daily character assassination.

Refusing to file a formal complaint—the decision made by approximately nine out of every 10 sexual assault victims isn’t a case of modesty or manipulation—it’s simple survival. And modern rape culture is thriving on it.

Join the Dalhousie Department of Spanish & Latin American Studies and the Spanish Student Society, with the support of the Latispánica Cultural Association, for a FREE Día de los muertos (Day of the Dead) workshop. There will be music, dancing, games and crafts! Come learn about this traditional Mexican holiday while having lots of fun!

Guardian reporter Nicola Davison today discusses “China’s obsession with vertical cities,” noting that by next year, one in three of the world’s buildings over 150 metres in height will be in China.

It’s a weird obsession. I think tall buildings may have worked aesthetically, and maybe even socially, in the first half of the 20th century, in places like Manhattan and Detroit, but by the time I was growing up every wannabe big city like my native Norfolk was trying to produce “skylines” with a bank building or two, and it felt like pathetic desperation. Travelling in Europe, I’ve seen the beauty of scores of densely populated low-rise cities, where the odd skyscraper—the Olympic towers in Barcelona, the Fernsehturm in the former East Berlin—are scars on the urban landscape.

Part of the problem with modern tall buildings in North America is created by the automobile. In place after place (I’m thinking now specifically of the apartment blocks of Etobicoke, but it’s repeated seemingly everywhere), the tall buildings are surrounded by seas of parking lots, which makes me wonder whether they bring any actual advantage, density-wise. But more than that, they’re ugly. They look cheap. They stick out like a stinkhorn ruining a garden suburb.

In the late 20th century, Halifax was assaulted with the then-chic brutalism, which has got to be the most horrid architectural fad of all of human history. I wish Joe Metlege godspeed on his quest to recreate the Fenwick Tower, and the sooner the Maritime Centre crumbles to the ground, the better.

Then the glass towers, and Stan Rogers’ lament about “Upper Canadian concrete and glass
right down to the water line.” Linda Mosher goes on and on about graffiti, but never has she said a word about the defacing of the city when Purdy’s Wharf was scrawled on the waterfront.

We seem stuck in the glass tower mode, with the Thiels simply enlarging their bank towers and Joe Ramia doubling down on the blue (or is it green?) glass facade for Nova Centre.

All this reminds me of Robert Silverberg’s The World Inside, a sic-fi novel written in 1970 about a dystopic future where all of devolved humanity lives in skyscrapers. Imprisoned in the vertical cities, society slides into a permanent state of mental illness and perversity. That unsettling book somehow landed in my hands when I was about 13 years old, so maybe it’s coloured my opinion, but I now see it as more or less prophecy. 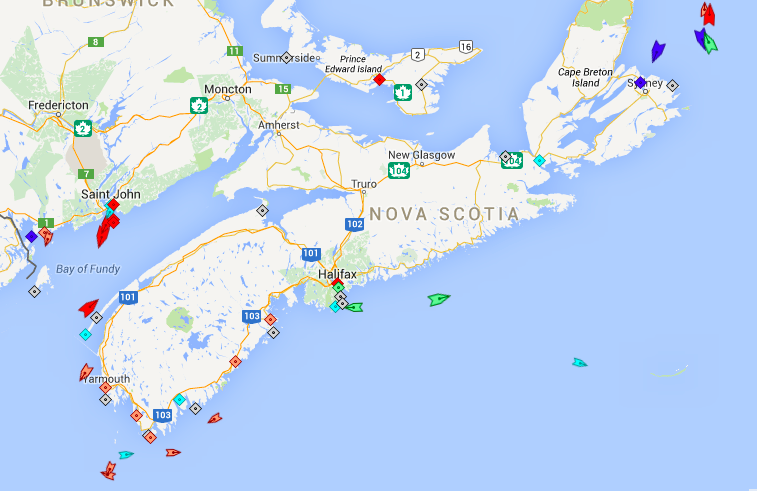 The seas off Nova Scotia, 5:45am Thursday. Map: marinetraffic.com

Nothing to say, remarkably.