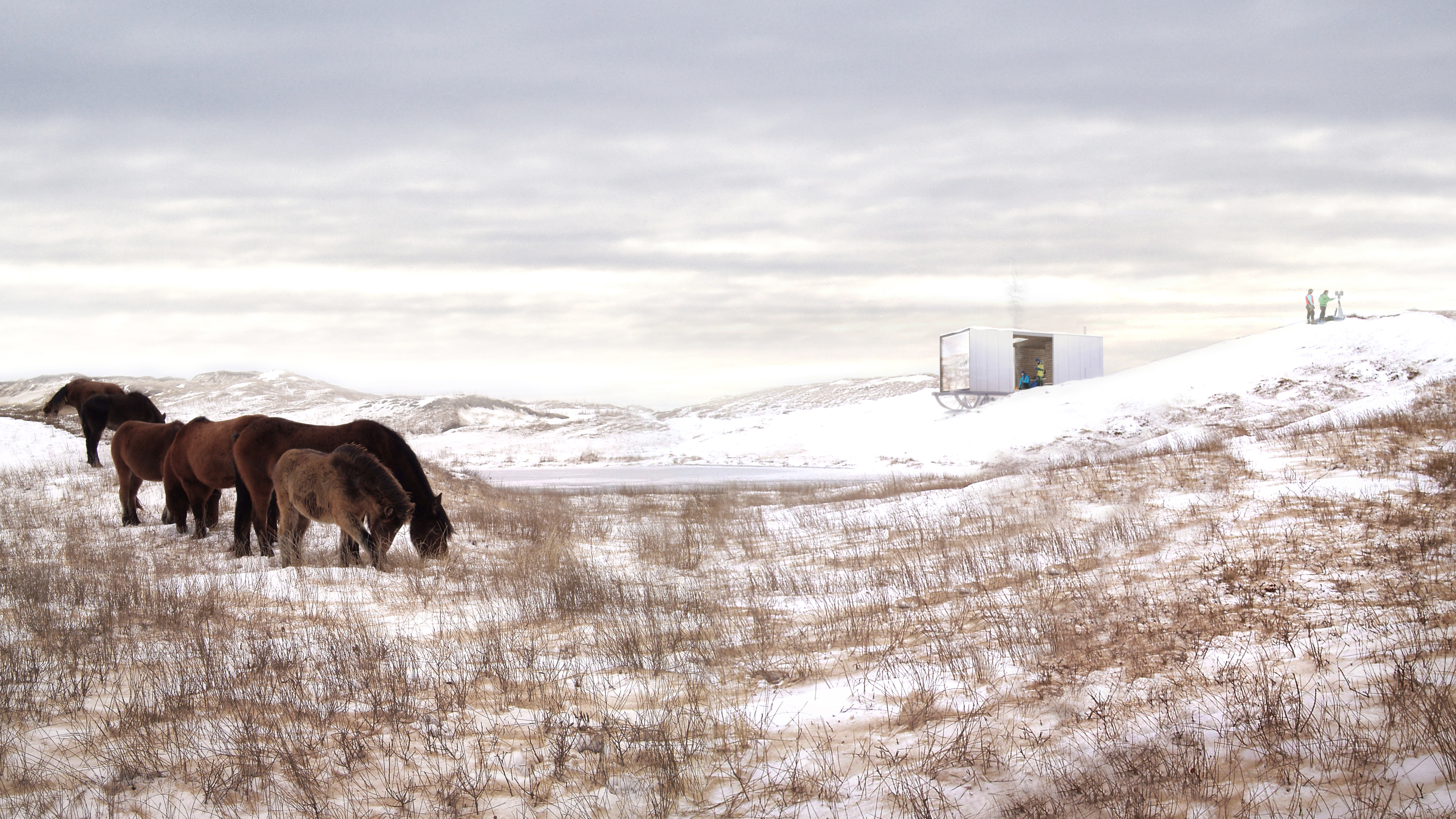 This article is behind the Examiner’s paywall and do available only to paid subscribers. To purchase a subscription, click here. Adding, this is an interesting story, and I’m glad Donovan is out doing this work; your subscriptions make that possible. 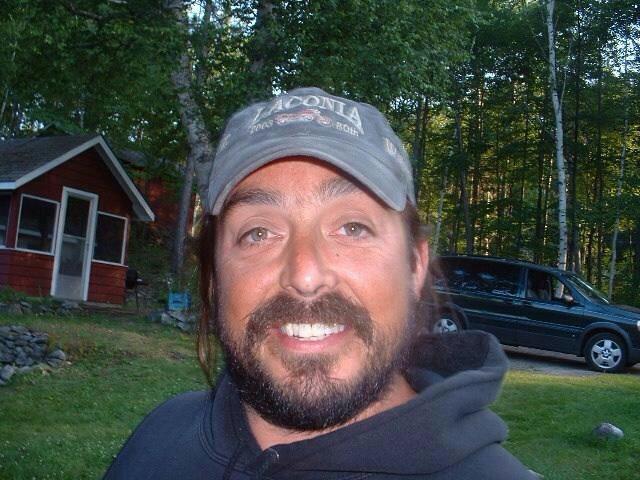 Truss Worthy Framing and Renovations and its owner, David Busk, are facing charges related to the death of Shaun McInnis. McInnis, a framer, fell to his death while working on the roof a four-storey apartment building in Clayton Park in 2013.

The Liberal government has cut $17 million in business grants, reports the Chronicle Herald:

While “used for one-time projects, objectives and goals for the funding were unclear, resulting in limited transparency and accountability,” the new [Business] department wrote [in a statement to the paper].

The grant program was initiated by the former NDP government.

Rachel Ward interviews Ariel Blanchard, who was struck by a bus as she was walking across the intersection of Inglis and Robie Streets last week:

Blanchard says her experience with the bus driver was odd. She says after the collision, the bus driver parked and came over right away, saying she hadn’t seen her crossing.

The driver then suggested sitting on the bus, says Blanchard, out of the rain to wait for the driver’s supervisor to arrive. The supervisor then asked her questions, Blanchard says, including about wearing headphones or using her phone.

“I think they were trying to come up with ways to make it seem that it was my own fault that I’d been hit by a bus,” she said. Blanchard says she crossed legally and without the distraction of her phone or headphones.

“Eventually they called an ambulance. I had to ask.”

Laird Haduk, the crossing guard near Inglis Street Elementary School and Saint Mary’s University, witnessed the bus hitting Blanchard. He and says she didn’t have her phone out or headphones in.

It’s a ridiculous notion that if a pedestrian is wearing headphones it’s their own damn fault for getting run down by a vehicle. I guess it’s OK to run over deaf people, too.

The city is poisoning birds at the Keshen Goodman Library, reports Brett Ruskin:

The new tender for services in Halifax includes a mention of “an Avitrol program” at the library.

Avitrol is described by its manufacturer as a flock deterrent. It’s designed to look like corn kernels and left out for birds to eat.

​Once it’s consumed, Avitrol affects the birds’ central nervous system and causes convulsions that can last more than four hours. The prolonged, uncontrolled flapping is meant to scare other birds away.

6. A note to readers

We’re approaching the one-year anniversary of the Examiner and I’m simply exhausted, having hit a few too many walls. So I’m taking a short vacation. I’m going to visit with family and friends, sleep in, walk on a beach, and stay off the computer.

Along the way, I’m going to think about how to better organize my time and figure out how to stay on top of administrative duties. I am, literally, over 10,000 emails behind. One of those might be yours. I’m also somewhat overwhelmed with a large investigative project that is consuming hundreds of hours of my time; I wanted to start publishing articles related to it in May, but now it’s looking like it will be later in the summer. Clearly, I’ve got to get a better handle on things.

Soon after I get back I’ll announce an anniversary party, and possibly some changes to the site. For now, however, I’m just going to relax.

In my absence, starting tomorrow, I’ll have a series of guest writers for Morning File. I’m sure they’ll do a fine job, and it’ll be a refreshing change of voice.

I’ll be back next Thursday.

This weekend there are 17 Jane’s Walks locally. Stephen Archibald explains what Jane’s Walks are, and why you should go.

I am one of the poor who will never be able to afford a computer/laptop/internet service. I was born into poverty during a majority federal Conservative government in power, who made my single mother and me live on a monthly cheque which they would not increase with the cost of living, the price of groceries going up. Things in life did not improve until the federal Trudeau government came into power.

So I have had decades of life experience as one of the poor versus a social worker—with the four years of college they need to become a worker—who make decisions over the poor. I sometimes wish social workers were made to live a couple of months as the poor.

I have lived half my life in poverty and have accepted the fact that I will be living my life in poverty—it is my destiny to live a hard life. I also do not like the provincial government bullshit that I pay no taxes! I have to pay a 10-cent deposit on everything I drink except milk! This deposit is something social assistance says I do not pay! And therefore is not included in the budget allowance amounts of money they allow me to have! I have to pay a 15 percent sales tax on used clothing I have to wear so I will not freeze. The kind-hearted provincial taxpayers who do not want to see me starve have to take extra money out of their pockets to provide food to food banks and soup kitchens. Once a poor person is over by one penny, nickel, dime or quarter it gets deducted to save provincial government money! The penny, which is now round up /down by the federal government! The nickels, dimes or quarters the poor need to pay an uneven 15 percent sales tax! While the provincial gold-plated government officials overspend on items like orange juice and steak.

—Born Into Poverty For Decades

Law Amendments (9am, Province House)—Bill 100, the Universities Accountability and Sustainability Act, will be debated. Moira Donavan wrote about the bill here.

In the wake of civil unrest in the US in response to police killings of unarmed black men, Rolling Stone conducted a readers poll to find the best protest songs. Evidently, Rolling Stone readers are a bunch of old white dudes, as nine of the top 10 songs are over 40 years old. The one exception is Rage Against the Machine’s “Killing in the Name,” and Tom Morello is also the only non-white performer in the mix.

There are lots of more recent protest songs, but in terms of expressing anger at police harassment, N.W.A.’s 1986 Fuck the police gets to the hear of the present crisis: 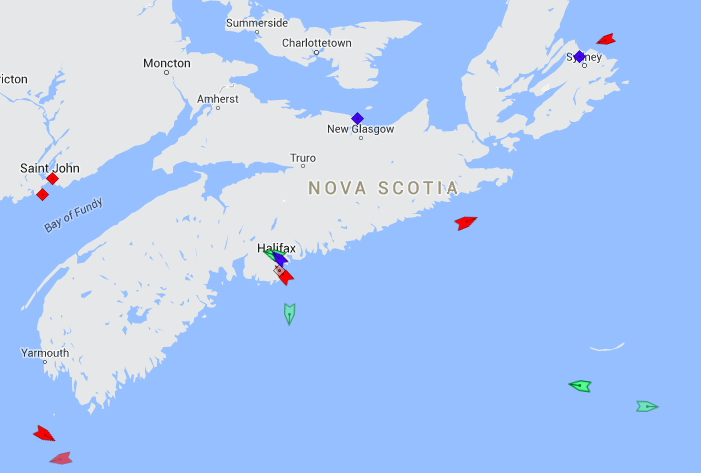 The seas around Nova Scotia, 7:15am Thursday. Map: marinetraffic.com

The Resolute, a cable layer, is anchored off Herring Cove, completing the Hibernia Atlantic cable project. The cable connects traders in London and New York, reports the Telegraph:

The laying of the new transatlantic communications cable is a viable proposition because Hibernia Atlantic, the company behind it, is planning to sell a special superfast bandwidth that will have hyper-competitive trading firms and banks in the City of London and New York queuing to use it. In fact it is predicted they will pay about 50 times as much to link up via the Hibernian Express than they do via existing transatlantic cables.

The finance industry rules the world, and we are at the mercy of their supercomputers.