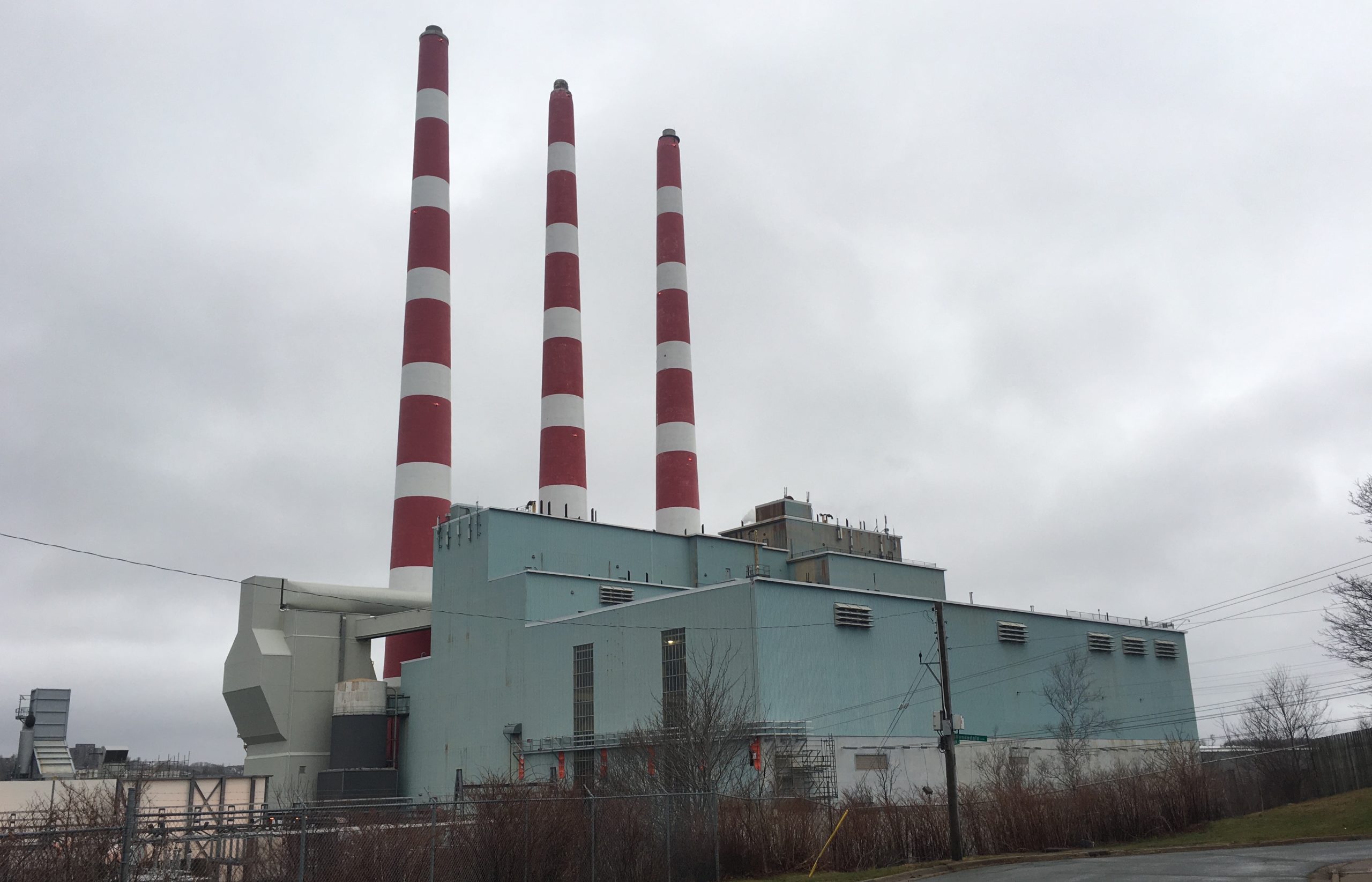 “The Utilities and Review Board has ordered Nova Scotia Power to refund customers $250,000 for failing to live up to performance standards around service and reliability last year,” reports Jennifer Henderson:

The fine is largely symbolic — the UARB has the authority to demand a penalty of up to $1,000,000 — but it has been levied to send a message to the power company it cannot use bad weather as an excuse not to serve people who depend on the monopoly for an essential service.

Premier Stephen McNeil and Chief Medical Officer of Health Dr. Robert Strang will be holding a briefing on COVID-19 at noon today, the first since Strang self-isolated after his trip to New Brunswick. The media release announcing the briefing says that they “will announce further reopening measures.”

I think they’ll be wearing masks. 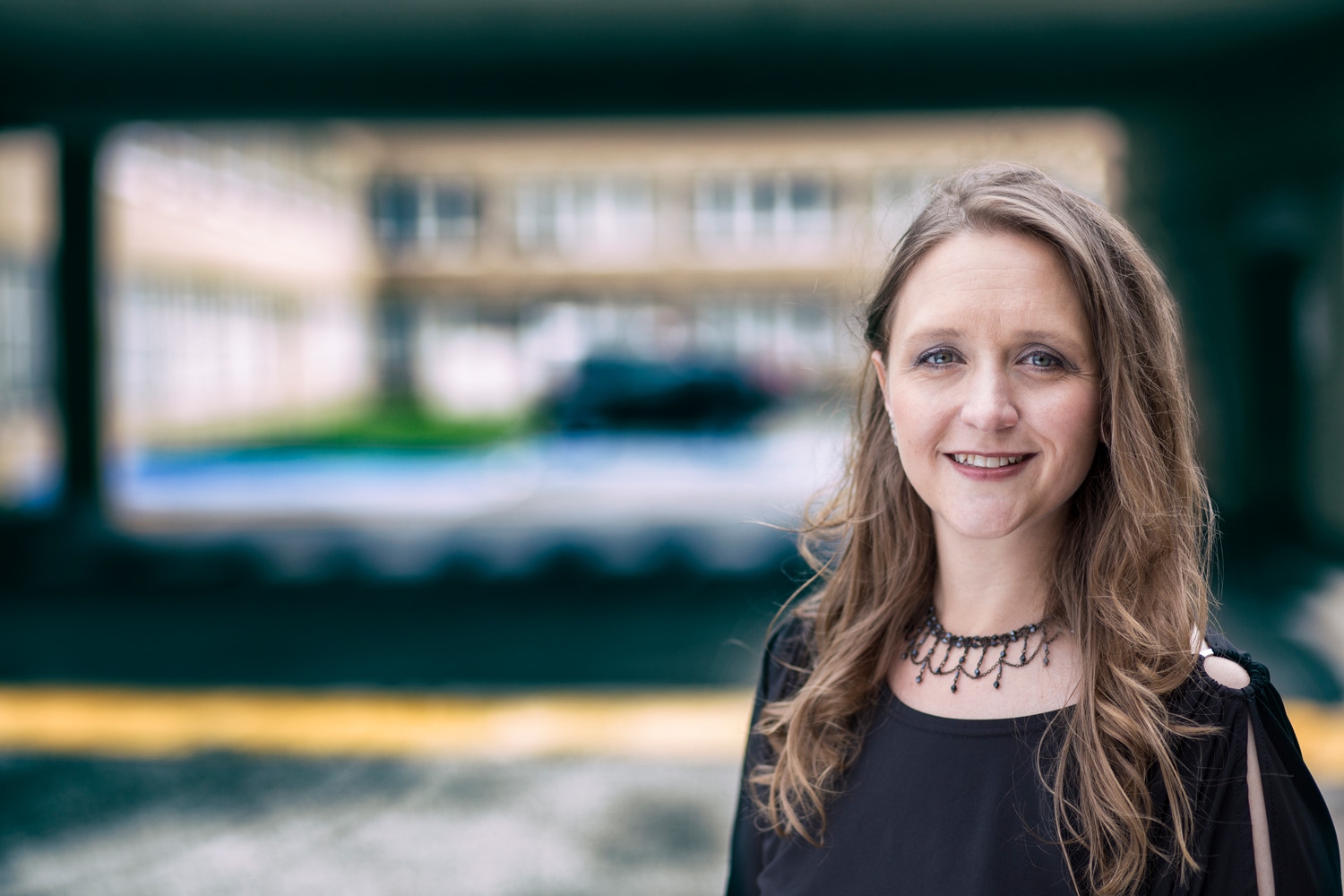 “A Newfoundland-based researcher is creating her own Atlantic bubble by inviting Atlantic Canadians to be part of her groundbreaking study aimed at helping cancer survivors,” reports Yvette d’Entremont:

For many cancer survivors, sleeping difficulties and problems with memory, attention, and concentration are long-term effects that linger long after cancer treatments are over. While the prevalence of insomnia in the general population is between 10% and 15%, for those diagnosed and treated for cancer it ranges between 30% and 50%.

“One of the things we know with it too is that when we improve sleep, we improve other things. We improve mood, we improve fatigue and quality of life, we can improve depression, we can improve pain,” [Memorial University of Newfoundland psychology and oncology professor Sheila Garland] explained.

Garland said cancer patients often express the frustration that “getting back to normal” is hampered by so-called chemo-brain, an inability to remember or think clearly.

“We feel like that might actually have something to do with sleep, which is one of the main research questions that we’re trying to answer here,” she said. “If we improve sleep in people who have recovered from cancer, can we actually improve their memory, concentration, and attention?”

Santina Rao writes about what led up to her fateful trip to WalMart, describes being violently arrested by police, and then reflects on the experience:

I have been berated my whole life, because of my ethnicity, and my size. People view me as a fat Black woman first and foremost, so since “she’s loud and uses her voice,” it’s ammunition for them to publicly humiliate me for voicing my opinions or feelings.

People have had expectations of me their whole lives, simply because of the way I look, and present myself to the world.

Yes, I am a fat Black woman. But, I am also compassionate, loving, giving, thoughtful, emotional, radiant, caring, intuitive, intelligent, and worthy.

I am worth RESPECT.

My skin colour does not give others the right to walk all over me, and treat me as though my life is second class.

My skin colour does not give others the right to intimidate me.

My skin colour does not give others the right to put me into the box of stereotypes that they created for me and my people.

I am more than just a fat black woman. But that’s how I am first viewed to this world.

So with that view people see me as, I will use my platform, and continue to do so to shed light on instances like this.

Click here to read “Santina Rao: “I am worth RESPECT.” 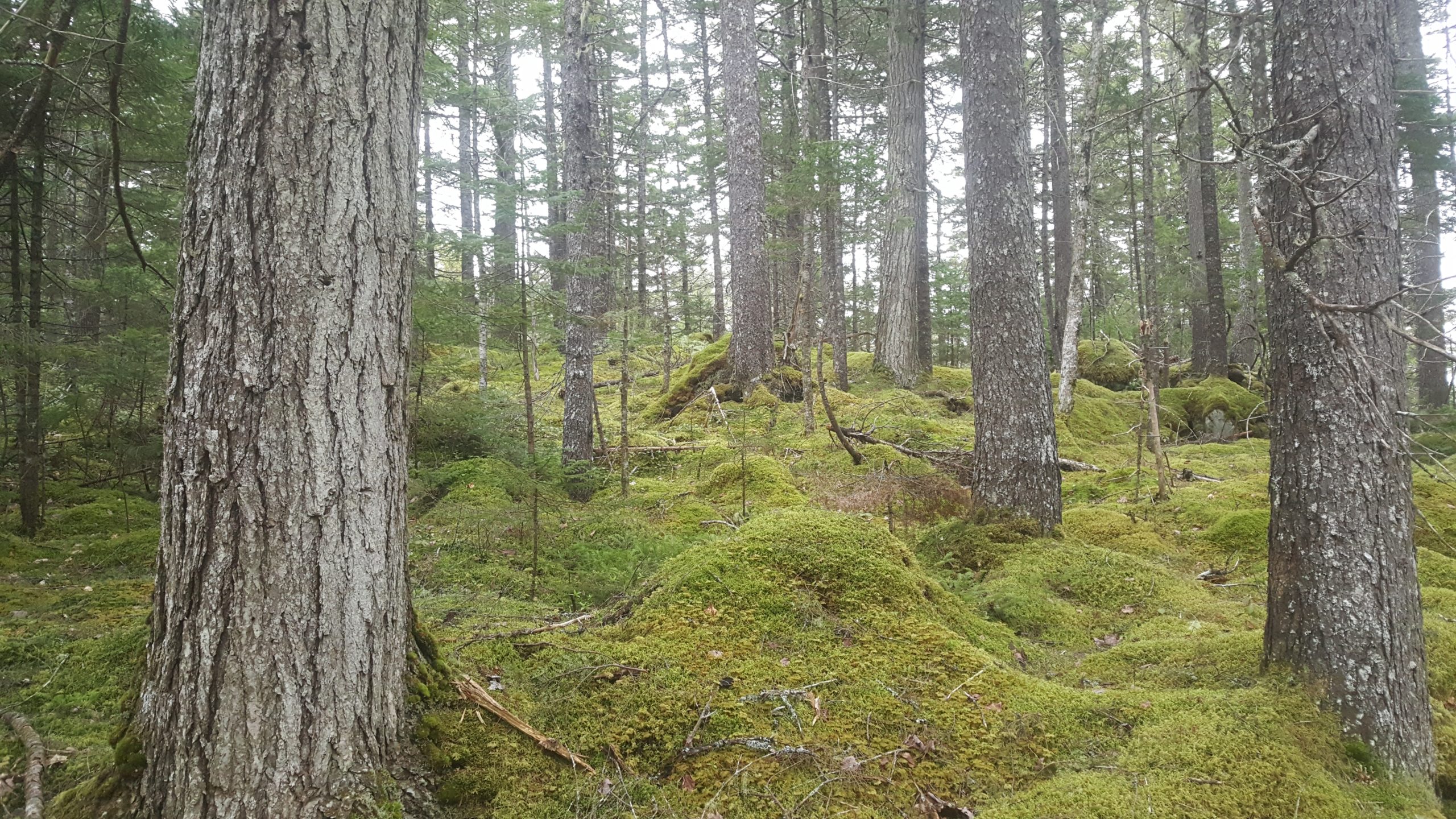 In the spring of 2019, workers felled a stand of old trees in a proposed wilderness areas, in order to build the 1.5-kilometre Ingram Access Road. The new road was ostensibly needed to move construction equipment around for the twinning of Highway 103, but when Linda Pannozzo started pulling on the story, she found there was much more at stake: a sweetheart deal for an asphalt company, increasing logging opportunities, and a provincial regulatory regime that is so captured by the forest industry that it obfuscates its own decision-making around what constitutes an old growth forest.

Pannozzo is relentless in ferreting out emails and documents and holding decision-makers to account. As someone who lives in the general vicinity of where this story is set, I’ve heard all kinds of stories. It’s fascinating to see Pannozzo lay it all out.

We published Pannozzo’s two-part series in May and earlier this month, but we’ve now taken it from behind the paywall for all to read.

Read “Part 1: The decision to build the Ingram Access Road”, which slashes through what conservationists say is an old growth forest, was made in part to reduce transportation costs for Scotian Materials, and in part to increase access to crown forests for logging companies,” here.

Before the coronavirus came around, I was thinking about extending the Examiner’s reporting on forest and resource issues into New Brunswick because that province has a unique political economy (ethay Irvingsay) and its own captured regulatory system. So I started asking around to see if there was anyone in New Brunswick who does the kind of deep-dive critical analysis and reporting that Linda Pannozzo and Joan Baxter do here in Nova Scotia. I came up empty-handed. Then I realized that it’s not just New Brunswick — Pannozzo and Baxter are rare gems to find anywhere, and yet we have them both right here, working with the Examiner. We’re profoundly fortunate.

(Albeit, I’m still looking for contributors from New Brunswick, so if you know of anyone, or if you are that person, drop me a line.)

Of course all this wonderful work requires considerable resources to produce, both time and money. After a while, usually a month, we take Ponnozzo’s and Baxter’s work out from the paywall in order to give them a broader audience, but your subscriptions are what make this work possible in the first place. Please subscribe to continue to fund that work.

While I’m on the subject of being profoundly fortunate, I’d like to give a shout-out to the rest of the Examiner team — Jennifer Henderson, Phil Moscovitch, Suzanne Rent, El Jones, Zane Woodford, Yvette d’Entremont, Stephen Kimber, the other less-frequent contributors, and of course Admin Person Extraordinaire Iris. I’ve been not so available the last few weeks as I’ve been tied up with my podcast project, and yet they continue to excel. There isn’t a day that goes by without someone contacting me to praise one or the other of the writers specifically; they each have such distinctive voices, and their own insights, and I don’t acknowledge them enough.

I’ll be honest: I’m beyond exhausted. I’ll be wrapping up the podcast in a few weeks, and then I hope to take a bit of time off, maybe a week, so I can come back to the Examiner full-strength. It’s fantastic that the Examiner has such a worthy crew to keep things going strong in my absence. And it’s fantastic that readers support this work with their subscriptions. 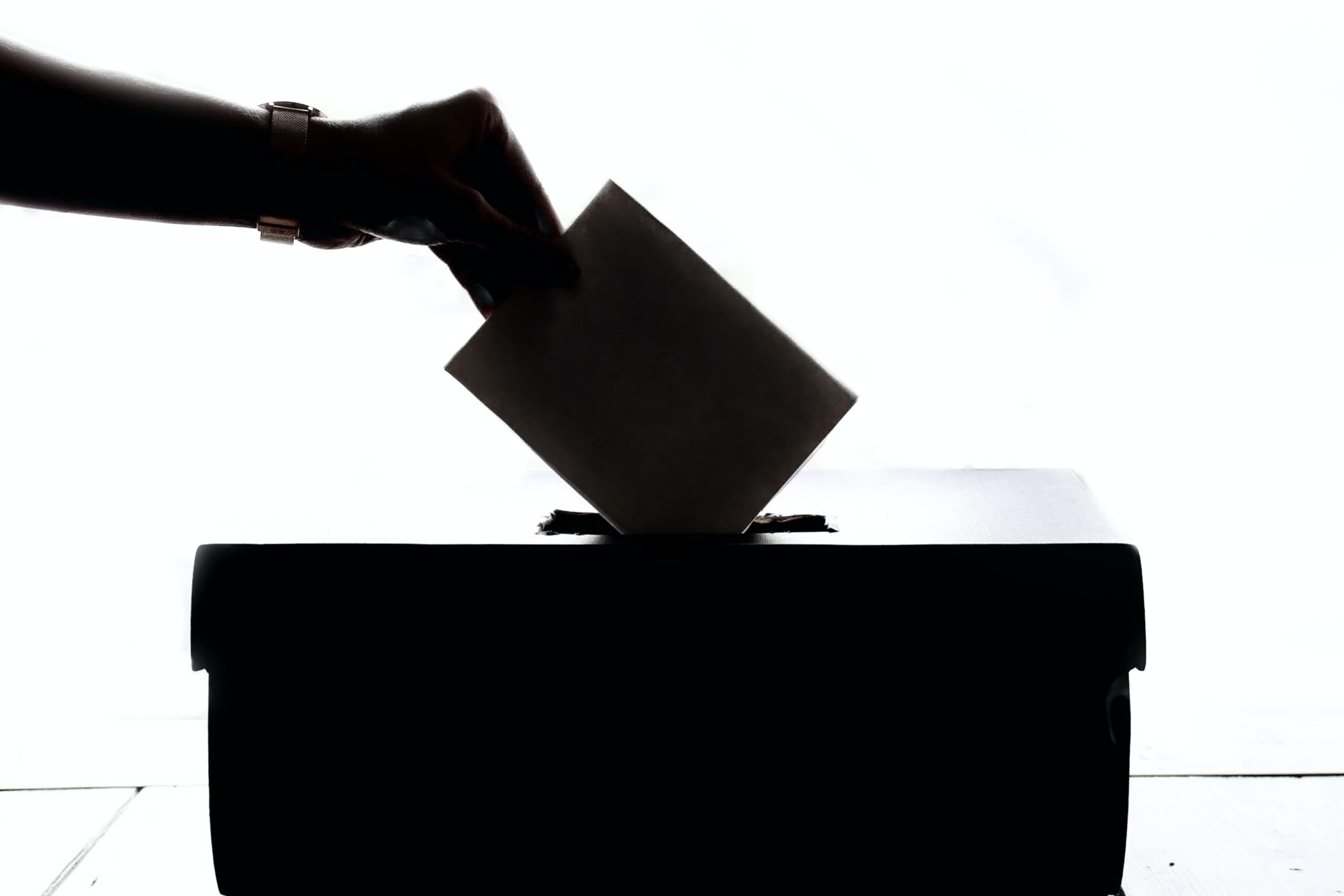 Photo by Element5 Digital on Unsplash

Springtide, a non-profit that has been contracted by the province to help increase voter participation in the fall municipal elections, has walked away from that contract, citing concerns over the safety of the elections during the pandemic.

You can read Springtide’s Executive Director Mark Coffin’s letter to the province here, and read CBC reporter Tom Ayers’ interview with Coffin here. As I understand it, Coffin’s concern is that municipal elections are managed not by one provincial department but rather by the various municipal clerks, many of whom don’t have the staff, expertise, or financing to conduct COVID-safe elections.

Meanwhile, Municipal Affairs Minister Chuck Porter waves those concerns away by saying that the municipalities can provide online voting.

Coffin responds to that suggestion by echoing sentiments I’ve been expressing for over a decade:

There are serious election integrity issues with online voting that have yet to be adequately addressed in any voting context that I am familiar with.

The processes that have been developed over the course of decades to protect the integrity of an election using paper ballots are not easily transposed into an online system. Protecting the secrecy of the ballot, ensuring each vote is counted properly and transparently, and holding administrators accountable — all of that is virtually impossible to scrutinize or observe in an online election. It appears the majority of municipalities will outsource the trust once given to a circle of election workers and candidate’s scrutineers to a single corporation, and in some cases moving to an entirely online election.

There are three issues unique to Nova Scotia’s Fall elections that should concern us with online voting. First, the time available for municipalities who have never before held elections online to develop online is an unreasonable window for this kind of work to take place. I worry that smaller municipalities will feel backed into a corner, without the time to investigate their options or scrutinize the implementation of new systems.

Second, many rural and low-income Nova Scotians do not have home internet access and cannot access voting opportunities from home. Some of those voters are immunocompromised and remain fearful of visiting public places where they might be able to vote online.

Third, municipal elections happen during hurricane season. The US National Oceanic and Atmospheric Administration predicts the 2020 hurricane season to be ‘unusually active.’ To vote online, a voter needs electricity and internet access, two utilities that reliably fail during strong hurricanes. Hurricane Dorian made getting online difficult in urban areas usually serviced by high-speed internet, and nearly impossible for those in rural areas who were without power and internet for as many as seven days.

I’m not sure the hurricane season season raises to the same level of concern as the others, but I’ll take Coffin’s point.

Still, if I can safely go get a tattoo — and under current public health policies, I can — then surely to dog we can have safe in-person polling stations. Again, Coffin:

A safe and fair election would require service standards that look more like a hospital than a grocery store: care must be taken to ensure all eligible voters are — one way or another — given the opportunity to vote. The Parliamentary elections held in South Korea on April 15th offer a useful model for ensuring all voters have voting opportunities. We’re nowhere near ready to administer an election with that level of care.

I don’t like that delaying the election is even a debatable solution to this problem. Can we imagine if Donald Trump announced that the November US election will be delayed due to COVID? There are still three months in which to make the fall elections safe.

What I should I ask the premier today?