You are here: Home / Featured / “I have to live with that, and I’ve lived with that for two-plus years”: emotional testimony about RCMP mistakes during the mass murders 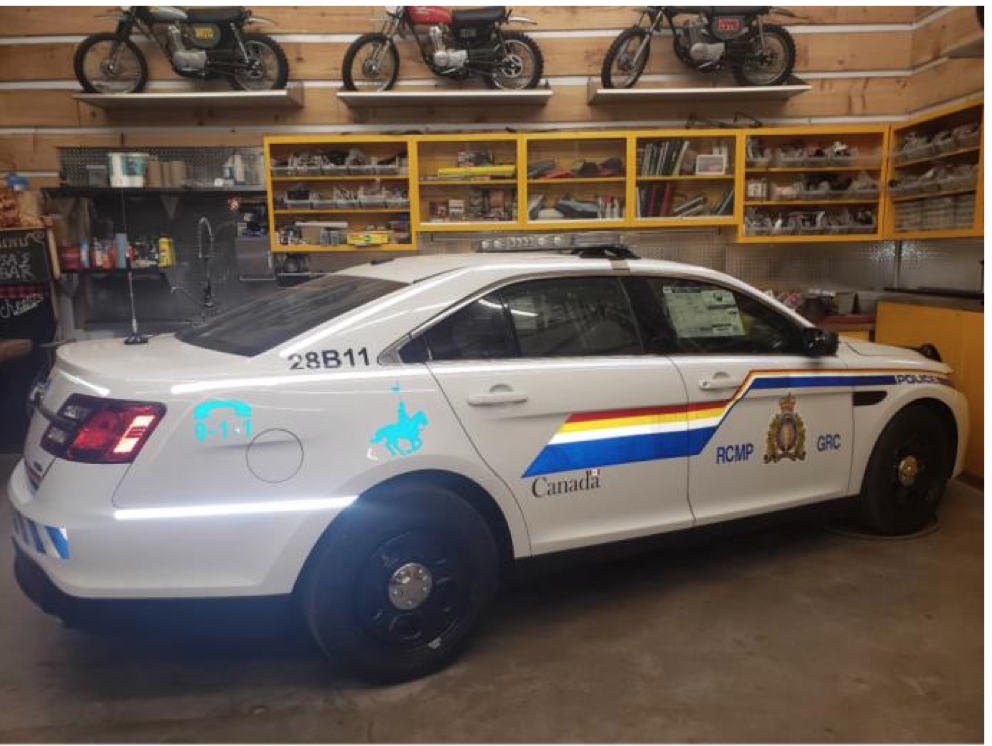 At 7:27am on April 19, 2020, the RCMP obtained the above photo of the fake police car driven by the man in the midst of a killing spree. Three RCMP officers — unnamed officers in the RCMP’s Colchester and East Hants detachments, and Cst. Ian Fahie out of Pictou — looked at the photo and saw that there was a black push bar on the front of the car.

That detail was missed by everyone else, including Staff Sergeant Bruce Briers, who was the risk manager operating out of the Operational Control Centre in Truro. And no one informed Briers of the push bar.

In his testimony before the Mass Casualty Commission yesterday, Briers said that had he known about the push bar, he would have notified all RMCP officers about it and, perhaps, the killer could’ve been stopped.

In particular, Briers pointed to an incident on Highway 4, when Cpl. Rodney Peterson passed the killer. (Briers mistakenly referred to Peterson as “Cst. MacDonald.”) Here’s the radio transcript:

9:47:24am — PETERSON: I just saw an RCMP office — ah, car going towards Masstown on number 4 there, guys. Is that fully marked, like, or is it an ex-police car?

9:48:06 — PETERSON: The guy ah, was driving slow, smiled as he went by. Ah, white Caucasian male, ah looked like brownish hair. He’s got a reflective ah, vest or jacket on.

By the time Peterson was able to turn around to pursue, he lost sight of the killer, who had pulled into the Fisher property.

Had Peterson known about the black push bar he may have recognized the killer’s car before passing it and, speculated Briers, engaged the killer, stopping him in his tracks.

“I have to live with that, and I’ve lived with that for two-plus years,” said Briers.