Jennifer Henderson has begun combing through provincial press releases to build a weekly scorecard of pre-election spending announcements from the McNeil government. We’ll continue to run this until an election is called. (I’ll update it with previous weeks’ announcements as well.) 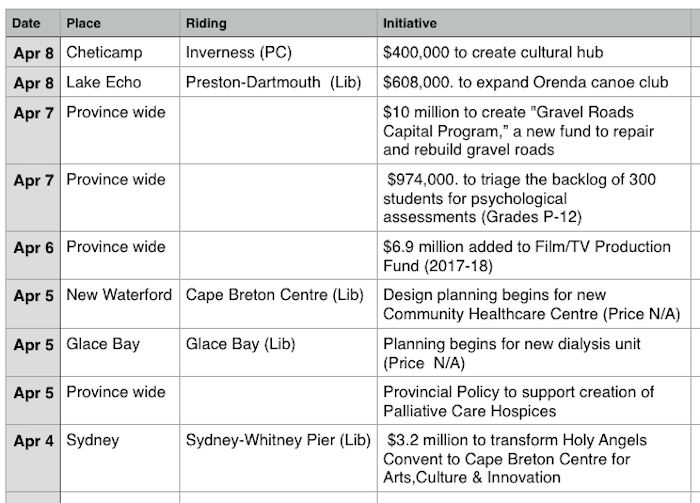 This week, Examiner court columnist Christina Macdonald looks at the cases of Victoria Henneberry, who is appealing her conviction in the murder of Loretta Saunders, and of Lindsay Souvannarath, who has unexpectedly pleaded guilty to charges related to a plot of mass murder at the Halifax Shopping Centre.

Macdonald also reviews a decision that keeps a young offender imprisoned in an adult prison and a heart-wrenching story about a family fight over a veteran’s last words. 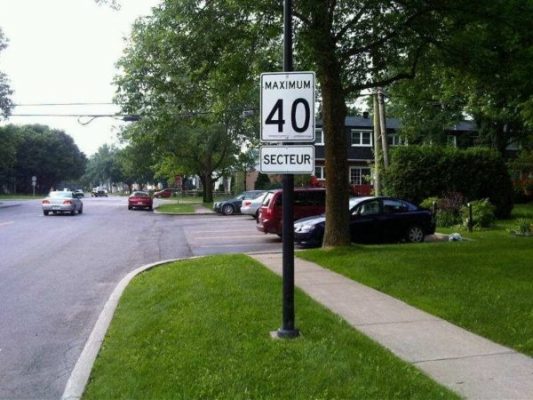 Examiner transportation columnist Erica Butler discussed the initiative a couple of weeks ago.

People get worked up about speed limits, so I don’t know that the province will take any action on the request. Even if it does, cities and towns would be able to have higher speed limits by signing each road.

As Butler pointed out, one weird bit of the Motor Vehicles Act mandates a lower speed limit when church is letting out and near crossings for electric railways:

Another section of the code sets out speed limits in school zones, but then, weirdly, says by how much it is legal to break those limits: 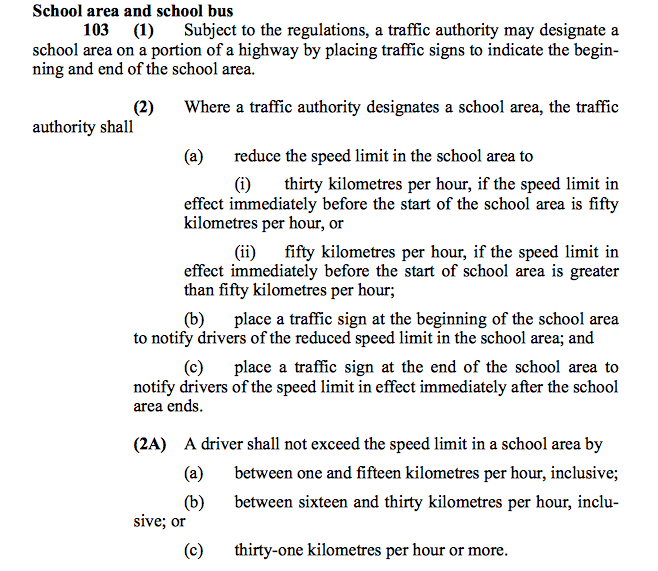 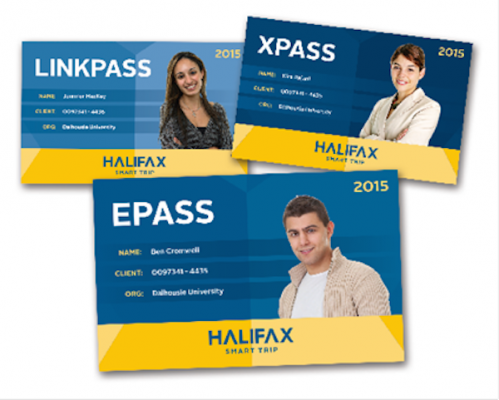 In light of the demise of the federal transit pass tax credit, Erica Butler asks whether such transit incentive programs actually work. Specifically, she looks at three local programs: The U-Pass for university students, the E-Pass that businesses can purchase for their workers, and the Low Income Transit Pass.

2. Humiliation as a business model 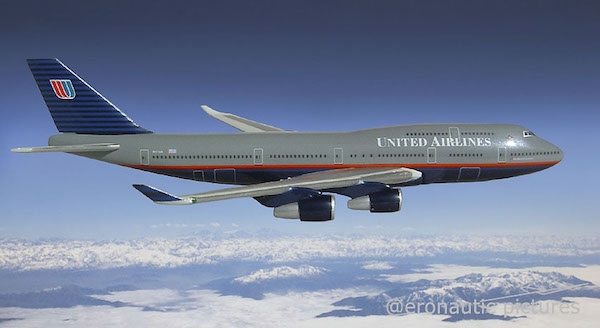 The delights of air travel multiply daily: the airport strip searches, the knees-under-your-chin seating, the tepid spirits, the recycled air that carries every manner of plague.

[Taking the train] seems like the civilized, patient way to see this country. But what isn’t compared to being crammed into a metal tube that an errant bird flying into an engine could send plummeting earthward.

An American friend pointed out to me yesterday that, unlike in her youth, people no longer dress up to fly. I responded:

Mostly people are just more casual nowadays, but a contributing explanation for why people dress down on planes is that you’re going to be crunched up, twisted, pressed in your seat, with your knees in your chest, and very likely the plane will be 80 degrees and everyone is sweating like a pig, and there’s a good chance because people are crammed in like sardines someone is going to spill a drink on you, and good lord, if you go to the toilet you’ll need a hazmat suit… why the hell should anyone dress up for that?

The violent ejection of David Dao from a United flight is the logical result of an industry that has over decades continually debased and dehumanized its customers. There is no such thing as “customer service” in the airline industry, and in fact profit is dependent on how forcefully companies can exert power over their customers, fitting them into ever-tinier spaces with ever-more-restricted routing options and ever-reduced interaction with actual human beings.

The entire point of flying appears to be to humiliate the customer. You can’t even buy a ticket from an actual human airline agent; instead, you have to swim through a dozen web pages, each trying to upsell you (on my latest purchase, the proposed “flight insurance” cost more than the flight itself), and now we’re told that if you don’t purchase a seat assignment, a thug might come and drag you off the plane after you’ve boarded. At the airport, there will be a dozen ticket agents behind a counter, whose job appears to be to tell you to go purchase a ticket at the kiosk out in the lobby, then laugh at you for not being able to work it correctly. And what? You expect someone to place your luggage on the belt for you? Yeah, good luck with that. Then there’s security, where you’re stripped down to your socks and your naughty bits are fondled and photographed by perverts, the images no doubt landing on a dark web site for anthropophagolagnians. And we’re supposedly a democratic society where everyone is equal and we all pretend to be middle class, but when it comes to getting on the tube of death we’re divided strictly by purchasing power and then boarding proceeds ritualistically — common sense and actual studies say people should just get on the plane when they’re ready to get on, but instead the very wealthiest are put on the front of the plane first so they can see lesser citizens parade in front of them; but for the lesser citizens, the logic is reversed: the plane loads from the back forward. Then you sit on the tarmac for 45 minutes going nowhere, evidently just to show you that they can. Then there’s the flight itself, an exercise in sadomasochism too terrifying to relate in a family news site like this one.

All of which is to say, if you want to date the collapse of civilization, the ejection of David Dao is a pretty good data point, as it’s another moment when we gave up any notion that a person’s humanity should be respected.

First off, let me state that I’m not against the New Dawn Centre for Social Innovation receiving $3.2 million from the provincial government this week, even though it’s a pretty blatant vote grab.

In the grand scheme of things, it’s a pretty good vote grab and probably better than a lot of other initiatives the provincial government could throw money at.

The people at New Dawn worked hard for that money by writing proposals, making phone calls and publicizing their need to renovate their facilities.

But here’s the problem, and it has bothered me ever since they installed those ‘Arts and Culture’ banners on every telephone pole downtown.

I know artists around here — painters, film-makers, theatre producers and musicians — and they hardly ever see a cent from government arts Initiatives in Cape Breton.

It’s difficult to be an artist anywhere, but it’s next to impossible to do it in Sydney. The actors I perform with at the Highland Arts Theatre (HAT) are cooks, government workers, teachers and any other profession that allows people to rehearse at the theatre until 11 p.m. Even though the HAT goes out of its way to pay their actors, performing in Cape Breton has always been more of a sacrifice than a profession.

Here’s something you might not know. The Highland Arts Theatre is a not-for-profit organization but if Kevin Colford wasn’t constantly pumping his own money into that theatre and Wesley Colford wasn’t working for next to nothing it would probably close next year. The HAT gets no government funding, even though it might be the single most important change to the arts and culture scene in Sydney within the past five years.

And what will this $3.2 million to New Dawn pay for? A new elevator and the refurbishing of classroom to create studios that Sydney artists will still be hard pressed to afford. This money will go to contractors, drywall and roofing, leaving Sydney artists as starving as they were before.

There is a disconnect, and I know what it is. While New Dawn has employees on salary who are trained and qualified to write government proposals, our artists are concentrating on other endeavors, such as creating art.

“Despite decades of global efforts towards climate policies, clean energy and efficiency, CO2 levels continue to rise and are actually accelerating upwards,” writes Barry Saxifrage for the National Observer:

For those of us hoping for signs of climate progress, this most critical and basic climate data is bitter news indeed. It shows humanity racing ever more rapidly into a full-blown crisis for both our climate and our oceans. 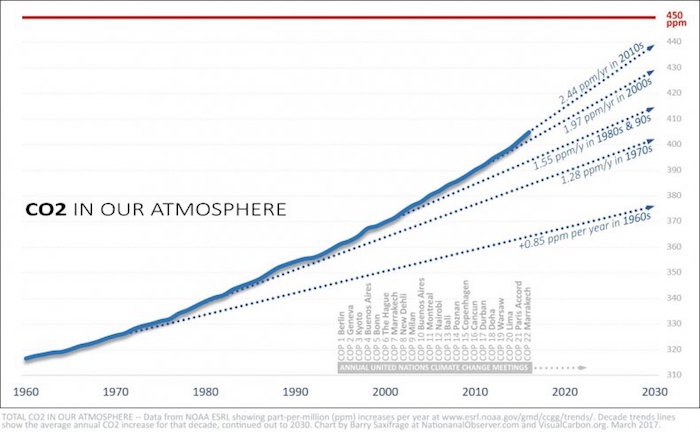 Saxifrage reviews the latest CO2 data released by the United States National Oceanic and Atmospheric Administration (NOAA), and builds the chart above. He explains:

Here’s my next chart showing atmospheric carbon dioxide as a solid blue line. Just for interest, I’ve also included a series of dotted lines showing how quickly CO2 was increasing in each of the last few decades. I’ve extended each of those out to 2030 so you can see at a glance how the CO2 curve keeps bending relentlessly upwards, decade after decade.

Every major nation in the world has agreed that climate change must be limited to a maximum of +2oC in global warming. Beyond that point we risk destabilizing droughts, floods, mega-storms, heat waves, food shortages, climate extremes and irreversible tipping points. The best climate science says that staying below +2oC means we can’t exceed 450 ppm of CO2.

At the top of the chart I’ve highlighted this critical climate ‘guardrail’ of 450 ppm as a red line.

Notice how much faster we are approaching that danger line as the decades go by. Back in 1970, it seemed we had more than a century and a half to get a grip on climate pollution because CO2 was increasing much more slowly. But at our current rate we will blow through that guardrail in just 18 years. And, as we’ve seen, our “current rate” keeps accelerating.

Our foot-dragging at reducing climate pollution has left us in a dangerous situation with little time left to act. We’ve spent decades accelerating CO2 emissions to unprecedented extremes. We’ve blown our chance to deal gracefully with the climate and ocean crisis.

Saxifrage goes on to discuss the many international conferences (shown at the bottom of his chart) called to deal with climate change, none of which resulted in slowing the relentless increase in CO2 concentrations. Importantly, he notes that Canada is doing nothing to address the problem, and in fact is planning to increase its extraction of fossil fuels, further increasing CO2 in the atmosphere.

Regional Watersheds Advisory Board (Wednesday, 5pm, Alderney Public Library) — Hamton Holdings (president is Ralph Hamilton, who also controls Valhalla Holding Company) wants to build a gas station at the corner of Duke Street and Damascus Road in Bedford, and wants the required environmental setback from a wetland reduced from 100 feet to 50 feet.

Investment Policy Advisory Committee (Thursday, 12pm, City Hall) — whoever puts together the agenda wants the committee to read something about how inflation is the worst thing ever. This worries me.

Public Accounts (Wednesday, 9am, Province House) — follow-up questions on the February report of the Auditor General on Health Care Funding.

No public meetings until next Wednesday.

I’ve Been Everywhere, Man (Wednesday, 8:30am, Theatre B, Tupper Medical Building) — Alice Aiken will speak about “Oh, The Places I’ve Been.”

Nothing worth talking about going on. 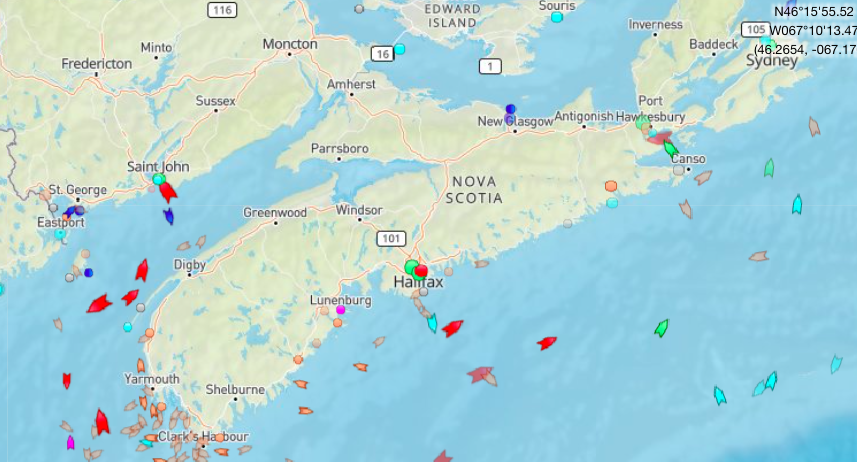 The seas around Nova Scotia, 9:20am Wednesday. Map: marinetraffic.com